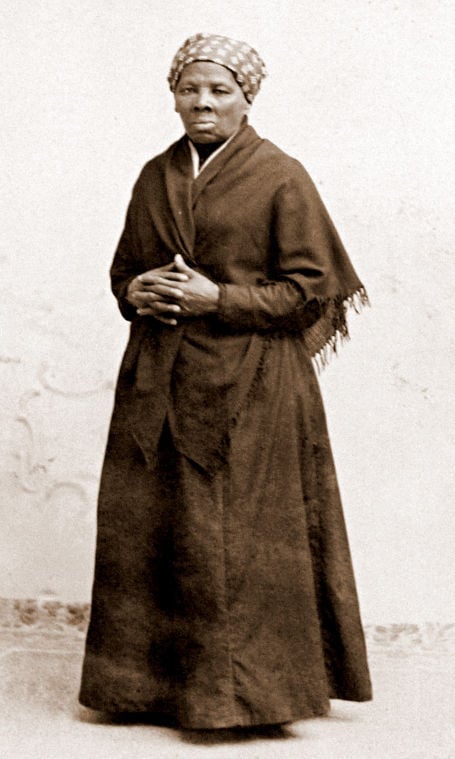 Harriet Tubman is pictured in this photo from about 1885. 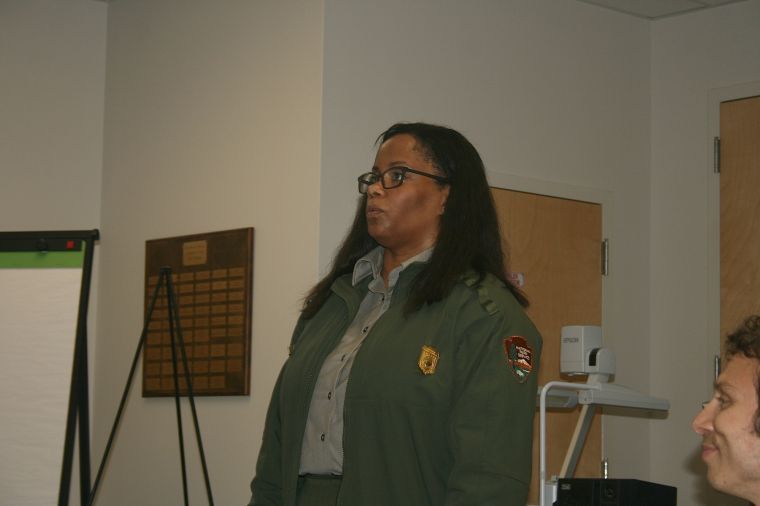 At an event earlier this year, Cherie Butler, superintendent of the Harriet Tubman National Monument, explains the significance of Tubman and her relationship to Dorchester County where she was born and enslaved. 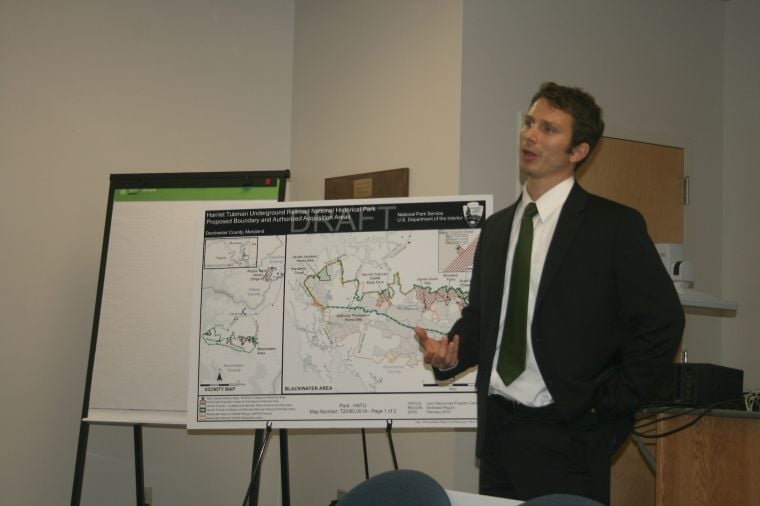 A public information meeting was held on Friday, May 16, at Chesapeake College in Cambridge to address the community's concerns regarding the establishment of the Harriet Tubman Underground Railroad National Historical Parks.

Harriet Tubman is pictured in this photo from about 1885.

At an event earlier this year, Cherie Butler, superintendent of the Harriet Tubman National Monument, explains the significance of Tubman and her relationship to Dorchester County where she was born and enslaved.

A public information meeting was held on Friday, May 16, at Chesapeake College in Cambridge to address the community's concerns regarding the establishment of the Harriet Tubman Underground Railroad National Historical Parks.

WASHINGTON — The U.S. House of Representatives passed a bill Thursday to create two national historical parks to honor the life of Harriet Ross Tubman, the most famous conductor on the Underground Railroad.

The U.S. Senate is expected to vote its approval today, according to a representative of U.S. Sen. Barbara Mikulski, D-Md.

The official designation of the Harriet Tubman Underground Railroad National Historical Park is expected to be approved as part of the National Defense Authorization Act.

Cardin and Harris worked together to ensure that the park designation appropriately honors the life and work of Harriet Tubman while ensuring important protections for local property owners who were concerned about their property rights.

Passage of the bill by both houses of Congress will authorize the National Park Service to acquire, through deed transfer or through conservation easement on private land, seven noncontiguous parcels of land that are historically significant in Tubman’s life, including her likely birthplace near Madison and the site of the Brodess Plantation where she worked as a young girl; the Cook Plantation parcel where she worked as a seamstress as a teenager and Poplar Neck in Caroline County, where she escaped from slavery in 1849.

Total acreage is 775 acres in Talbot County, 2,200 acres in Caroline and 2,775 acres in Dorchester County (which includes 480 acres the park service already owns).

“Harriet Tubman was a courageous fighter who delivered scores of slaves to freedom in the Underground Railroad,” Mikulski said. “She was tireless in her commitment to fighting for those who could not fight for themselves. And I have been tireless in my commitment to recognize the historic role she played as an abolitionist leader and Marylander. A Harriet Tubman National Historical Park is a fitting tribute to honor her lasting legacy in Maryland and our nation while inspiring future generations of women and girls. I look forward to swift passage in the Senate so that President Obama can sign this legislation into law.”

“Harriet Tubman was an iconic figure our nation’s history, for whom liberty and freedom were not just ideas,” said Cardin. “I was proud to partner with Dr. Harris to properly honor the legacy of her life’s work and contributions while protecting Marylanders’ rights. More than 100 years after her death, Harriet Tubman will become the first African-American woman and first individual woman to have a National Historical Park named in her honor. It’s a great day for the Eastern Shore and our country.”

“Through bipartisan work with Senator Cardin, we are able to create a national park to honor Harriet Tubman while protecting local property owners,” Harris said. “When the local community raised concerns about property rights, our offices worked together to find ways to protect the citizens while ensuring the park could move forward. I appreciate Senator Cardin’s willingness to work together to accomplish this for the Eastern Shore.”

Within the legislation, property rights are protected by requiring the federal government to acquire land from willing sellers, prohibiting the use of condemnation to acquire land, protecting land use rights in the Blackwater National Wildlife Refuge (including hunting, fishing and agriculture), protecting rights of private properties adjacent to the park or monument — including activities that may be seen or heard from within the park or monument, and requiring a local public meeting to be held by the National Park Service.

The new national historical park in Maryland will trace Tubman’s early life on the Eastern Shore, where she was born and later escaped from slavery to become one of the leaders on the Underground Railroad.

The bill also establishes a national historical park in Auburn, N.Y., to commemorate the later years of Tubman’s life when she was active in the women’s suffrage movement and in providing for the welfare of aged African-Americans.

Together, the national historical park and monument will preserve the landscape associated with Harriet Tubman’s life on the Eastern Shore and her legacy as a famous “conductor” on the Underground Railroad. The park is also expected to increase tourism, create jobs and strengthen Dorchester County’s local economy.

In 2010, tourism represented one-fifth of Dorchester County’s employment, generating more than $132 million for the local economy.

This parcel in Dorchester County near Taylors Island contains the home site of Jacob Jackson, a free black man who used coded letters to help Tubman communicate with family and others and who also offered his house as one of the first safe houses along the Underground Railroad leading out of Maryland’s Eastern Shore.

The Conservation Fund donated the 480-acre property, adjacent to Blackwater National Wildlife Refuge, to the National Park Service for the purposes of establishing the national monument.

The bill also clarifies that the existing federal lands owned and managed by the U.S. Fish and Wildlife Service as part of the Blackwater National Wildlife Refuge, which are also part of the Harriet Tubman Underground Railroad National Monument, will remain under the management of the USFWS and part of the national monument.

In Auburn, N.Y., the Harriet Tubman National Historical Park would include important historical structures. They include Tubman’s home, the Home for the Aged that she established, the African Methodist Episcopal Zion Church, and the Fort Hill Cemetery, where she is buried.

For the past five years, Mikulski has worked to establish these national parks and has helped introduce legislation since 2008. As a senior member of the Senate Appropriations Committee, Mikulski worked to secure federal funds to improve trails, historical signage, exterior interpretation and utilities at the Dorchester site.