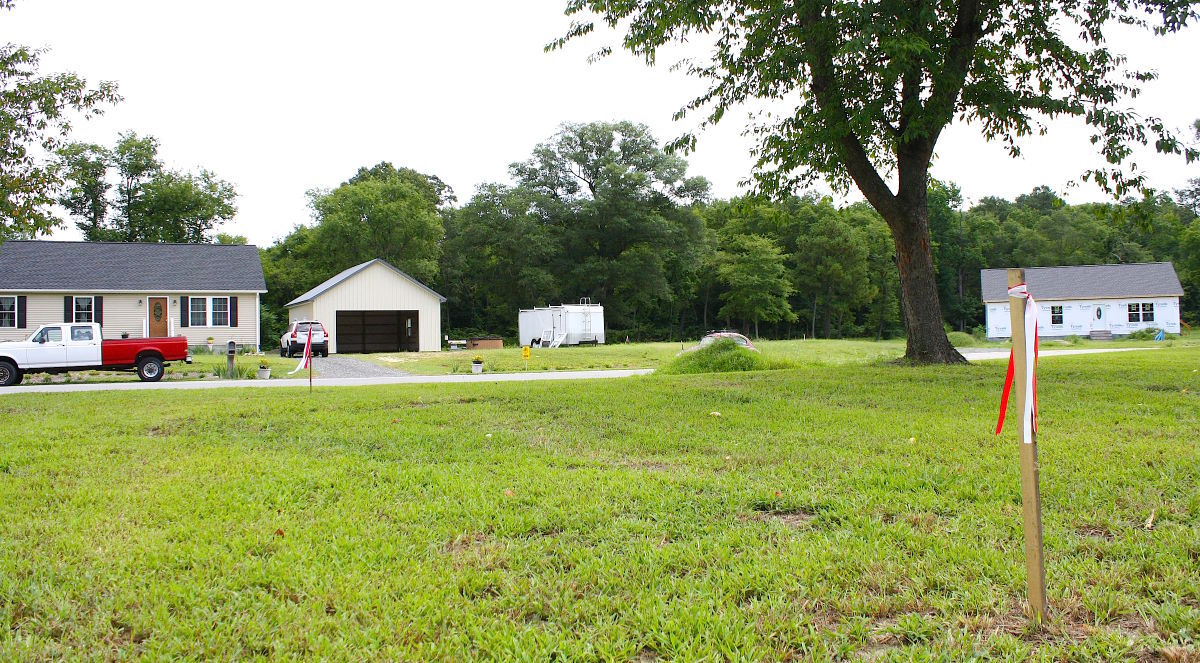 Red and white flags mark the site Wednesday, July 29, of a starter home to be constructed at Williamson Acres near Federalsburg, with a home under construction and an occupied home pictured in the background. Blaine Williamson, Mid-Shore Board of Realtors president and developer of Williamson Acres, hurried to get permits to build three new homes in June before a state mandate requiring sprinklers in newly constructed homes took effect July 1. 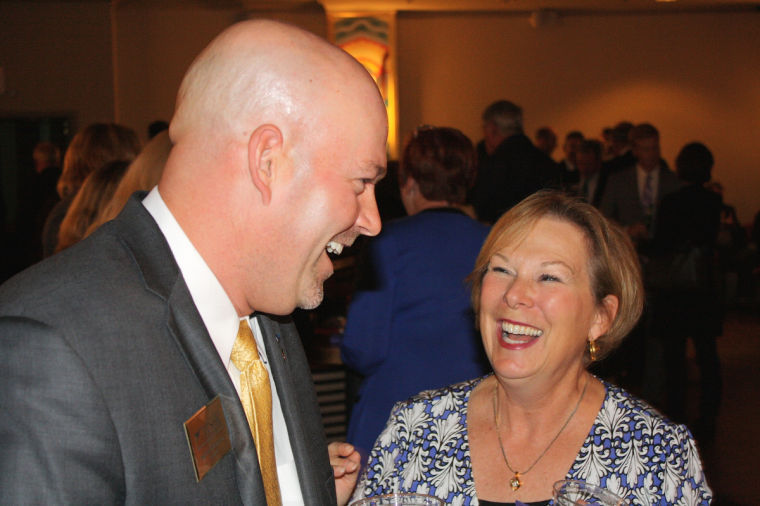 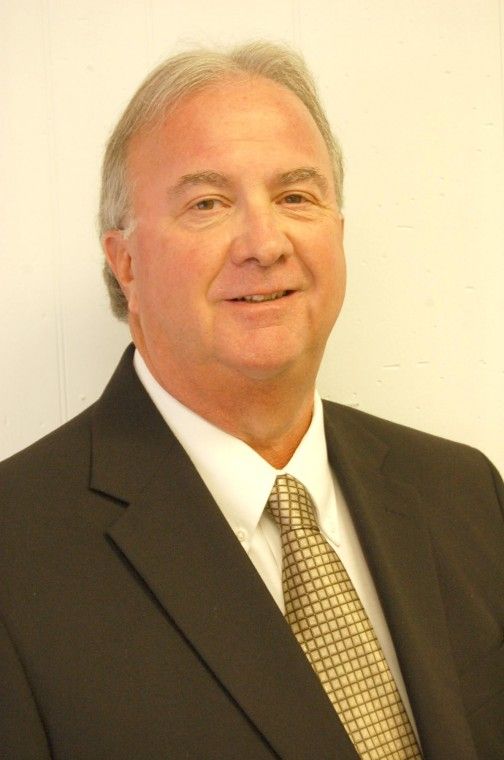 Red and white flags mark the site Wednesday, July 29, of a starter home to be constructed at Williamson Acres near Federalsburg, with a home under construction and an occupied home pictured in the background. Blaine Williamson, Mid-Shore Board of Realtors president and developer of Williamson Acres, hurried to get permits to build three new homes in June before a state mandate requiring sprinklers in newly constructed homes took effect July 1.

FEDERALSBURG — A Maryland mandate could put the dream of building a new, affordable home for low- to moderate-income residents of rural counties all but out of reach.

This is especially the case in Caroline County, where the per capita income of residents is $25,300, or 30 percent below the state average, according to a July 28 memorandum from the county planning and codes department.

As of July 1, all newly constructed one- and two-family dwellings in Maryland must contain fire sprinklers. The regulation is based on the state’s adoption of the 2015 International Residential Code, or IRC. In Caroline County, any permits issued before July 1 for new home construction do not mandate sprinklers.

“The State has adopted, through both legislation and regulation, a number of provisions that have substantially increased the cost of building new homes, effectively placing the dream of home ownership out of reach of many citizens in Caroline County,” the July 28 Caroline planning and codes memorandum states. “One such measure is the sprinkler system requirement ...”

In 2013, the Maryland Department of the Environment began enforcing another measure that requires installation of best available technology for nitrogen removal, or BAT, septic systems in new construction located in the Chesapeake or Atlantic Coastal Bays watersheds.

BAT septics cost significantly more to install than traditional septics, at a cost of up to $10,000 or more. The new septics cost more to maintain as well. The code requires annual inspections and the cost to power BAT septics ranges from $200 to $600 per year.

Blaine Williamson is broker and owner of McClain-Williamson Realty based in East New Market. He is president of the Mid-Shore Board of Realtors and developer of Williamson Acres near Federalsburg.

He began the process of subdividing the roughly 10-acre family plot in July 2007, just before the beginning of the Great Recession. The subdivision was approved and recorded in 2010. Building the infrastructure for the development — engineering, surveying, clearing, and building a road and drainage — cost more than $300,000, Williamson said.

Of the 11 lots at Williamson Acres, five homes are built and one is under construction. Williamson said he rushed in June to get three more permits to build new homes before the July 1 deadline.

Williamson wasn’t the only one to hurry to get a permit. In all of 2014, the Caroline County Department of Planning and Codes issued 40 total permits for construction of new residential units. In 2013, 34 permits were issued.

Already in 2015, 46 permits have been issued in Caroline as of June 30. Of those 46 permits, 30 were issued in June. According to Sara Visintainer, chief of staff for the Caroline County Commissioners Office, another 30 applicants started the permitting process in June but failed to receive permits because of financial burden or other considerations.

“That’s the market value. That’s all I can sell them for,” Williamson said. “It costs so much to build them now, I’m not making much money. … When you add the sprinklers on, I would actually be losing money.”

According to Williamson, before 2012 there was more room for profit on the newly built homes. But in 2012, the state adopted codes that increased the cost of building materials such as studs and insulation by roughly $5,000. In 2013, the BAT septic mandate added roughly $10,000 in building costs.

With five vacant lots and three permits to build, Williamson said he intends to leave two lots undeveloped until regulations change or the housing market improves. Even with the BAT septic mandate, Williamson could profit $5,000 to $10,000 from selling new homes, but the sprinkler mandate effectively eliminated a chance at financial gain.

“I’m not going to build a house knowingly losing money on it,” he said. “The sprinklers are the straw that broke the camel’s back.”

Caroline Commission President Larry Porter is a lifetime member of the Denton Volunteer Company having joined the volunteers in 1981. A commissioner since 2010, the former president of the fire company echoed some of Williamson’s sentiments.

“Where I’ve become frustrated is I’m tired of being mandated to mandate people to do things,” Porter said. “I will never say that I’m not interested in the safety of our citizens and our firefighters, but I have to look at practicality.”

Porter said the BAT septic and sprinkler mandates put new construction of starter homes out of reach for more than just developers like Williamson. People who want to buy a simple vacant lot and build, or parents who would like to one day build a home for their children on the family plot are also affected by the regulations.

He said he must consider all of the taxpayers in Caroline County while deciding how to act on the sprinkler mandate. Some of his constituents are volunteer firefighters who may one day want to build a new home.

Speaking July 29 of the added costs for sprinklers that come with a well, he said, “Do you realize that just about every house that is built from July 1 in Caroline County is going to be built on a well? ... You have a situation where you are pricing people out of the market. We just keep adding these layers on top of all of this.”

Porter said through discussing the topic with citizens of Caroline County, he has determined that the community wants to fight the sprinkler regulation, and perhaps find some middle ground. Statistics from the county planning and codes department support his claim.

The sprinkler provision has been part of Maryland code since January 2012, but local jurisdictions were previously allowed to opt out. In Caroline County, any builder of a new home had to disclose to a buyer the right to include a sprinkler in the construction of a new home. The disclosure also included the price of the sprinkler system.

According to information provided by the county planning and codes office, 108 permits were issued from 2012 to 2014. In that time, not one new homebuyer chose to add a sprinkler system.

Despite this statistic, Porter wants to know the will of the volunteer firefighter community before taking action. If the firefighters choose not to fight the sprinkler mandate, then Porter will likely leave it alone as well.

“We will reach out to the representatives of the fire companies,” Porter said of the county commissioners. “I want a unified answer.”

If the eight fire companies in Caroline do not offer a united resolution, Porter said he will not force the issue.

“I think this is an issue that they should be able to come up with a common consensus on,” Porter said. “I’m not moving forward until I know where they stand. To me, they are the ones who have the most to lose and the most to gain. They put their lives on the line every day and have for many years.”

Porter said there is no deadline for the firefighters to offer their views to the commission, especially considering the sprinkler mandate has already taken effect.

The July 1 introduction of the sprinkler mandate in addition to other costly mandates from the state have hit hard in Caroline County, but they affect the entire Mid-Shore, and other rural areas in the state like Garrett County.

“Mid-Shore Board of Realtors is hearing complaints from Realtors, builders and potential new home owners in Caroline, Dorchester and Talbot counties regarding the July 1st residential sprinkler requirement,” MSBR Executive Director Debbie Wilkens said in a prepared statement. “This new law requiring sprinkler systems for new homes adds thousands of dollars to construction costs and is even more burdensome for those building on properties with wells.

“It basically halts any new construction for affordable housing and will hurt those with lower incomes. No one wants to see a family’s home burn, but MSBR believes people should have a choice on how to protect themselves. Fire alarms and working smoke detectors are effective in saving lives, sprinklers save property. MSBR is working with the Maryland Association of Realtors, along with the other associations across Maryland, to see how this issue can be addressed.”

It seems the overly-active Dem legislators are once again thumbing their noses at lower income folks and/or are clueless about the actual consequences of their feel-good legislation. Either way, they should revise the law to at least create an exemption option for residences costing less than, say, $200,000 (or some reasonable number).