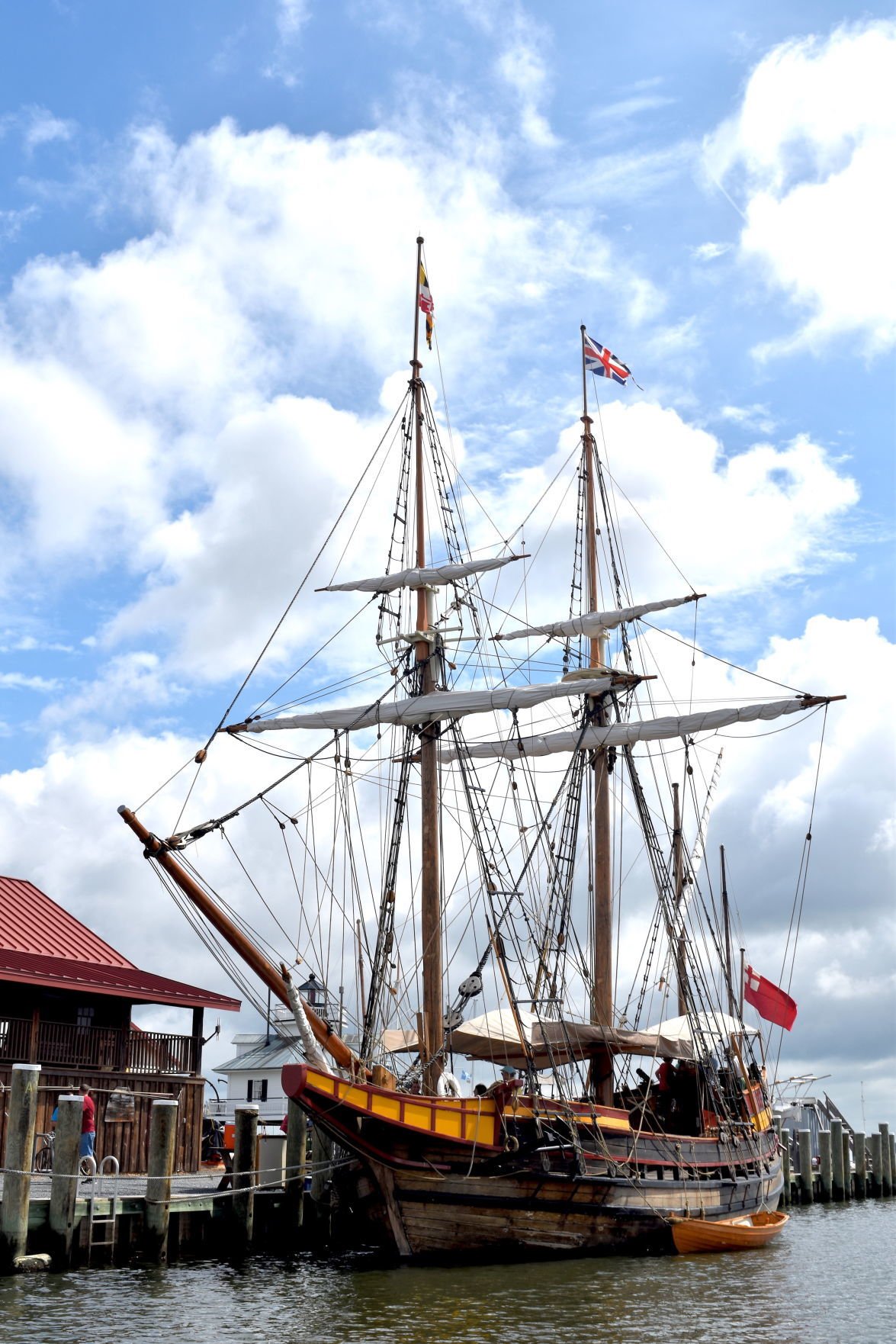 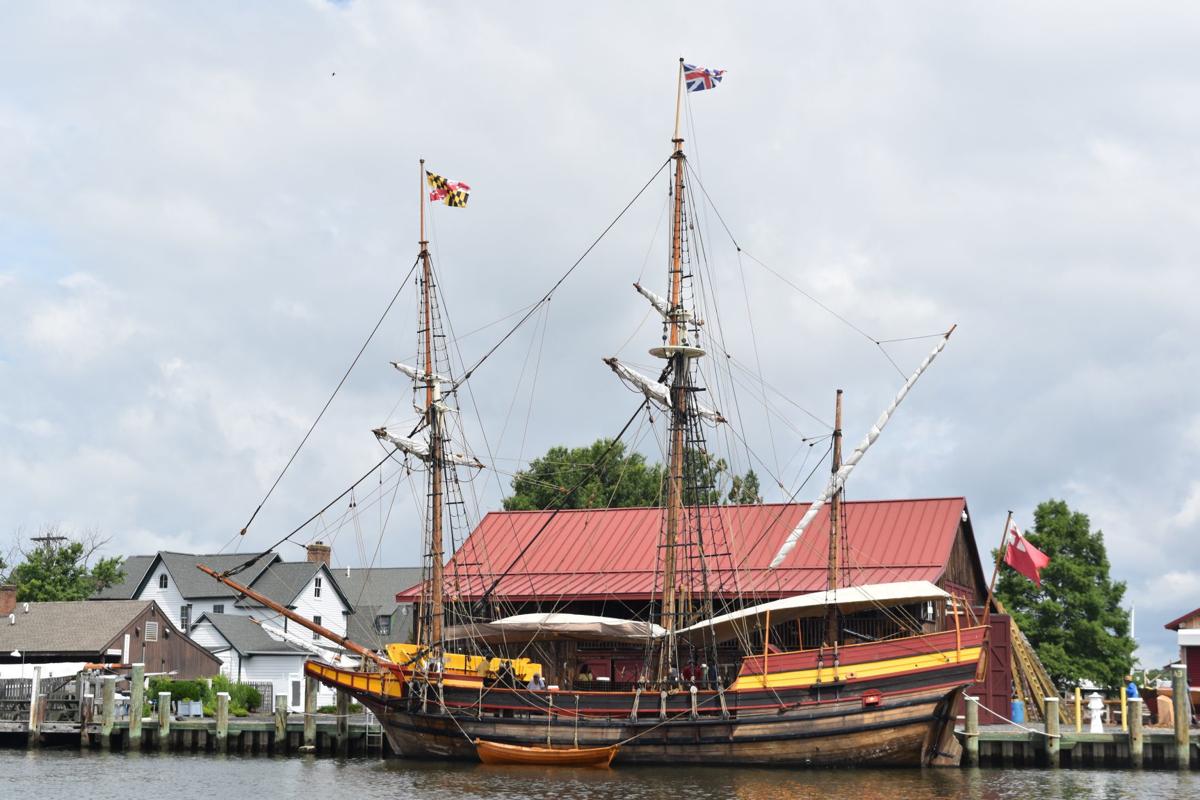 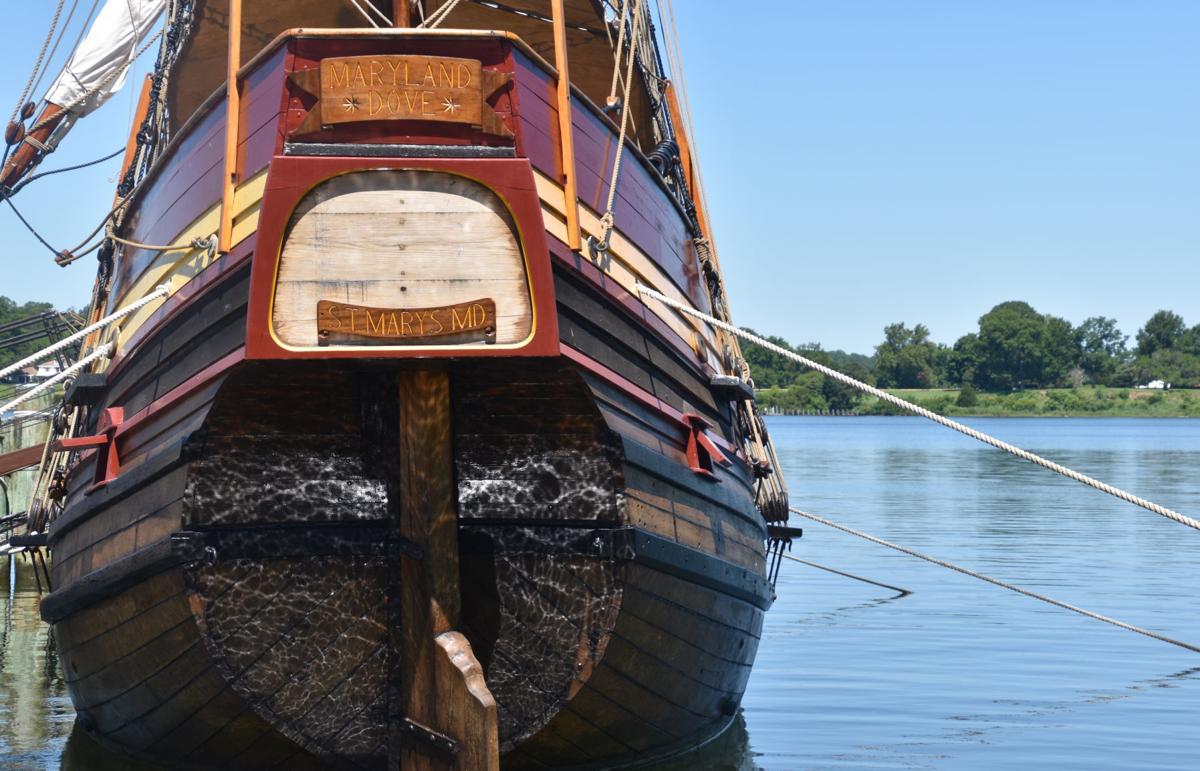 ST MICHAELS — The Chesapeake Bay Maritime Museum on Thursday, Jan. 10, announced it has been awarded a $5 million contract from the state of Maryland to build a new Maryland Dove, a representation of the late 17th-century trading ship that accompanied the first European settlers to what is now Maryland.

Maryland Dove is owned by the state of Maryland, and operated and maintained by the Historic St. Mary’s City Commission.

The previous replica of the ship was built in 1978 by the late James B. Richardson of Cambridge, a lifelong resident of the Eastern Shore. Then 70, Richardson was coaxed out of retirement in 1977 to begin construction on the ship alongside five assistants.

Richardson was from a long line of shipwrights, and his crew worked on Maryland Dove for 15 months at his boatyard off the Choptank River on Lecompte Creek. Richardson died in 1991.

The ship design is based on the small 42-ton merchant vessel that escorted 400-ton Ark and the first colonists to Maryland in 1634. Maryland Dove was used in shallow waterways along the coast while the state’s first capital was established.

Greenaway said the building opportunity will be of great economic benefit to the Eastern Shore, as she expects the two-year construction process, open for public viewing, to attract many visitors.

Naval architect Iver Franzen already has starting designing the ship, and Greenaway said she expects the project’s construction to begin June 1. She said completion will be in late 2021, lending “visitors an opportunity to visit multiple times.”

Greenaway said the project is perfect for the museum.

“It’s exactly what we’ve been positioning ourselves to do, to take on projects of this size,” she said, listing the many necessary tools the museum is equipped with that any shipbuilding function would need to build a ship of Maryland Dove’s size.

Such resources include a spacious working area, marine railway, mobile crane, forklift, strip saw and shipwright experience. Greenway said the museum has four of the 10 shipwrights needed to complete the project, “a great opportunity for local people to be involved.”

Also, this ship will be built to U.S. Coast Guard standards as opposed to the previous replica, lending better use for education and public programming purposes, the museum president said.

Though Greenaway said nobody really knows what the original Maryland Dove looked like; it was based on what was typical of the 1600s Dutch British Pinnace. In the past 25 years or so, more rigs have been discovered in the Baltic Sea, and given its cold, dark weather conditions, they were well preserved.

Greenaway also said work with the Vasa Museum research staff in Sweden and partnering with Historic St. Mary’s City have revealed a better visualization of the ship. Therefore, in the new model, two masts will be built instead of three.

The Maryland Dove Story, as provided by the museum:

The two ships set sail from the Isle of Wight on Nov. 22, 1633. Three days later, on March 25, a storm arises in the Channel and Dove is seen flying distress lanterns at her masthead before she disappears into the storm. Those aboard Ark assume she has sunk in the storm. It is not until six weeks later that they discover otherwise, when Dove arrives in Barbados and rejoins Ark.

The two ships arrived at Old Point Comfort on Feb. 24, 1634, after a voyage of three months (of which 66 days were spent at sea). After spending a week at Old Point Comfort, they departed on March 3 to sail up the Chesapeake to the Potomac River, where they landed on St. Clements Island.

They spent the rest of March exploring and negotiating with the Indians for a place to settle. On March 25, Father Andrew White held a Mass of Thanksgiving to celebrate the purchase of 30 square miles of land on the East Bank of the St. Mary’s River, and on March 27 the colonists departed St. Clements to occupy the land they had purchased, naming their settlement “St. Mary’s.”

At the end of May, Ark returned to England, leaving Dove behind to provide transportation for goods to be traded up and down the Atlantic seacoast. In the fall of 1634, Dove was sent north to Boston to trade corn for salt cod and other commodities. In August of 1635, Dove was sent back to England with furs and timber to trade. Dove was never seen again, probably lost at sea.