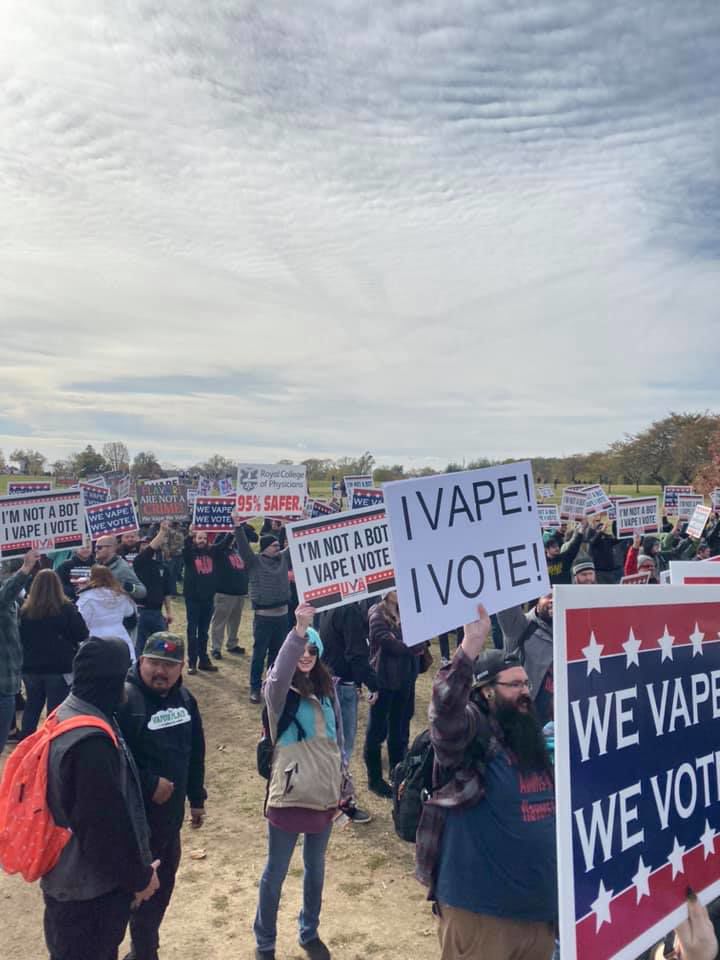 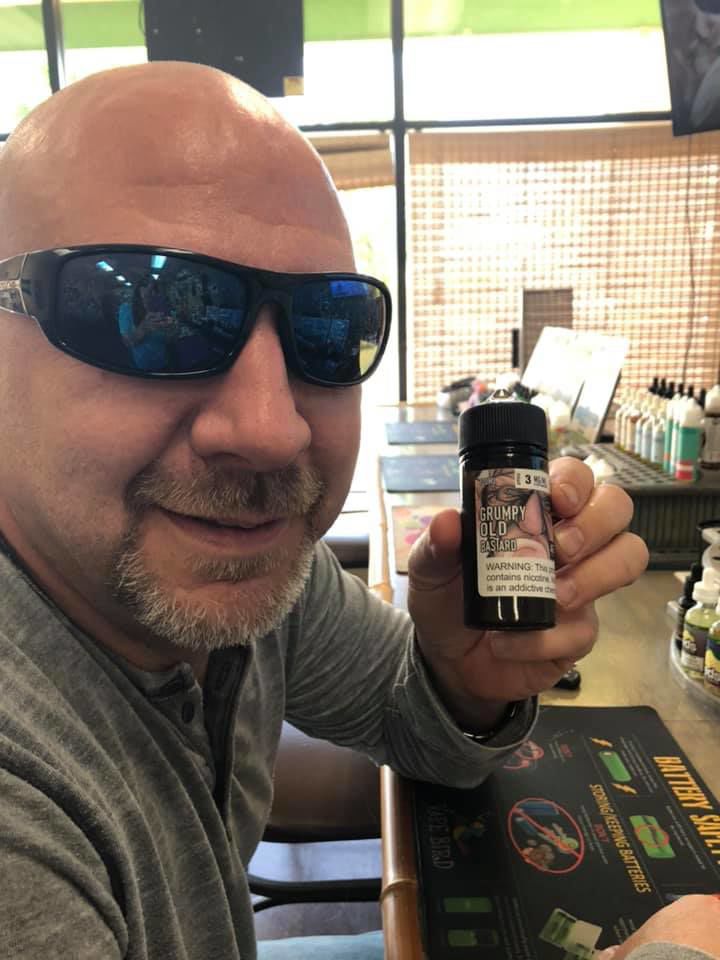 Keith Hutchins, owner of Vape Bird and Vape Bird 2 in Stevensville and Centreville, shows off his vaping and e-cigarette products. 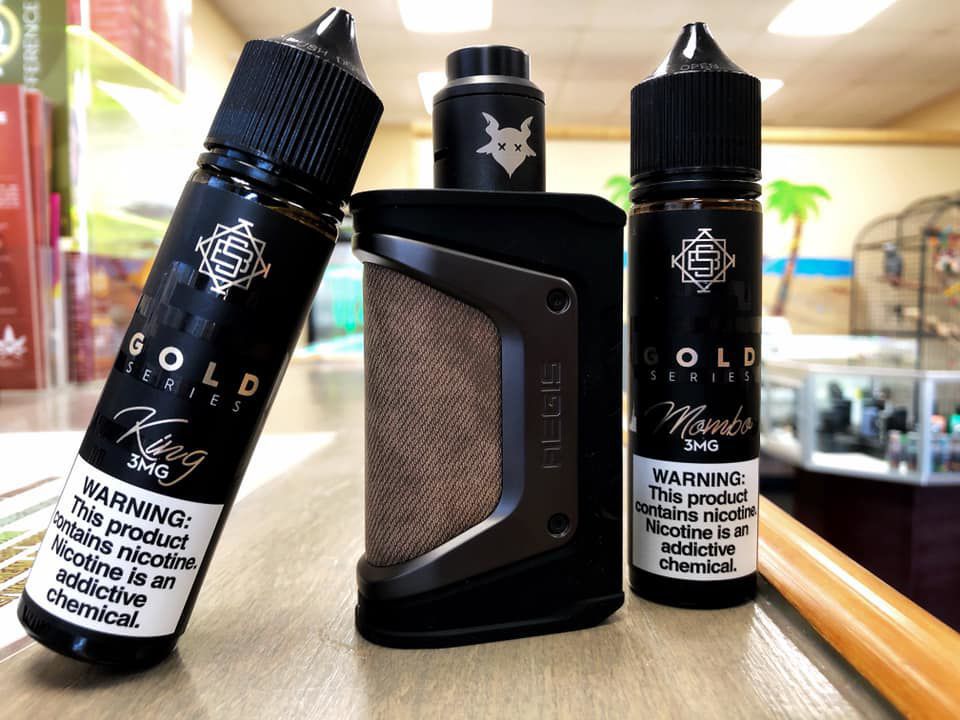 Vaping products, like those pictured above, have come under fire in recent months following thousands of reports of vaping-related lung illnesses. 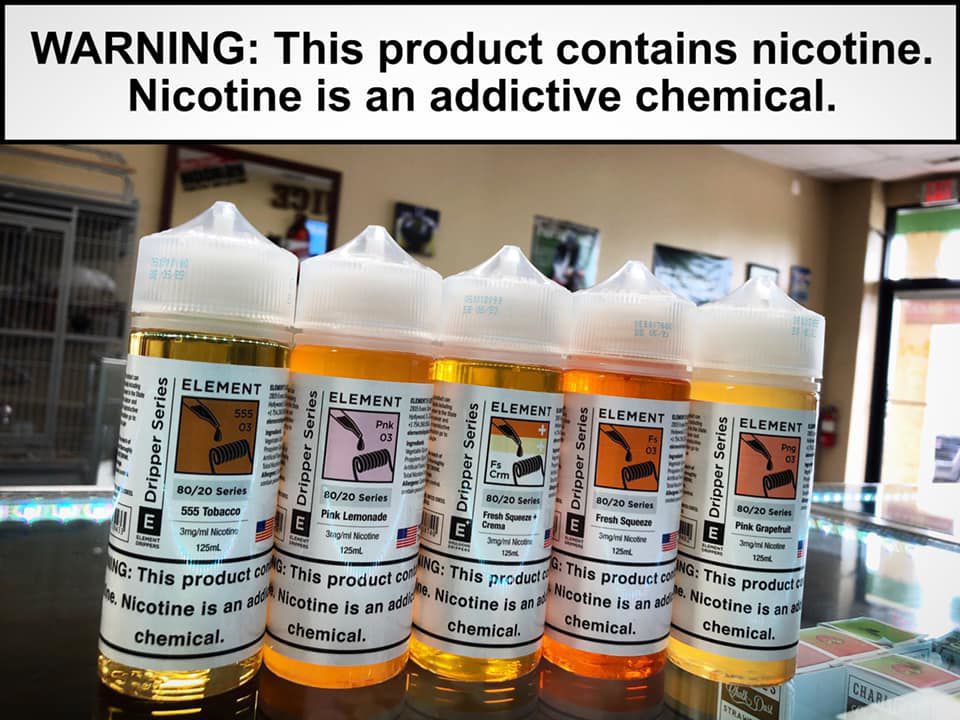 The Centers for Disease Control and Prevention blames THC-containing vape products for recent outbreak of related lung illnesses, pointing the finger away from nicotine e-cigarettes like those pictured here.

Keith Hutchins, owner of Vape Bird and Vape Bird 2 in Stevensville and Centreville, shows off his vaping and e-cigarette products.

Vaping products, like those pictured above, have come under fire in recent months following thousands of reports of vaping-related lung illnesses.

The Centers for Disease Control and Prevention blames THC-containing vape products for recent outbreak of related lung illnesses, pointing the finger away from nicotine e-cigarettes like those pictured here.

EASTON — Eastern Shore vape shop owners say the fight to win back public trust is just beginning after an outbreak of deadly vaping-related lung illnesses prompted a government agency to warn against the use of their products.

Rick Mulder, owner of Vapor Alley in Easton, said damage to vaping’s reputation, as well as the uncertainty surrounding the safety of the cigarette alternative, has caused his business to suffer a 40% loss in sales.

Mulder said “lies from the media and big tobacco” are to blame for perpetuating the idea that all vaping products are dangerous, as opposed to only those containing THC — a discovery the Centers for Disease Control and Prevention made just nine days ago.

The CDC, on Nov. 5, pointed toward THC-containing products as a primary contributing factor in the rise in e-cigarette-related illnesses — more than 2,500 cases of which have been reported in 2019, according to CDC reports.

The discovery came after the CDC analyzed 29 cases of the illness and found that the ingredient vitamin E acetate, an additive in some THC-containing products, was present in all fluid samples obtained from patients, the CDC reported.

Vitamin E acetate’s presence in each case implicated impure THC liquids as the culprit, and prompted the CDC to issue a more narrow warning to consumers to avoid products “that contain THC” — a change from its previous warning, which also advised against the use of nicotine-containing products.

Among the thousands of cases reported across 49 states, 39 instances have been fatal in 24 states, according to CDC reports.

Mulder said he has erected signs in his shop to undo the damage caused by the CDC’s warnings and to combat the “misinformation” surrounding his vape juice products, which he said are safe and “made in the U.S.A.”

“The lies have affected my business severely,” he said. “The customers I do get in there are smarter than that and know the truth, but obviously I’ve lost a lot of customers because they believe what’s being said.”

But Mulder said the issue is bigger than his sales, and pointed to the “dangerous” illusion that e-cigarettes aren’t safer than cigarettes, despite a recent outbreak of vape-related sicknesses.

“People are quitting vaping and going back to smoking cigarettes. It’s absolutely horrendous,” he said. “Let’s go ahead and triple (the number of vaping-related deaths) to sixty deaths, 6,000 sick. Well, that still doesn’t compare to 1,400 (deaths) a day from cigarettes.”

Mudler said, with all the opposition the vaping industry is facing — from tobacco companies to smoking cessation companies and other adversaries — it’s “surprising we’re even treading water.”

Keith Hutchins, owner of Vape Bird and Vape Bird II in Stevensville and Centreville, voiced similar sentiments, saying “it has been a very big uphill battle for quite some time with the vaping industry, mainly because of large tobacco.”

“Large tobacco started to lose the wind within their sails because of the vaping industry through several years,” Hutchins said. “That’s why they’re pushing against us.”

While Hutchins doesn’t sell THC products in his shops, he said he does sell flavored vaping juices, which also have recently come under attack by President Donald Trump’s administration.

In a Sept. 13 tweet, Trump wrote, “While I like the vaping alternative to cigarettes, we need to make sure this alternative is safe for all.”

Trump later tweeted, on Nov. 11, he was meeting with “representatives of the vaping industry” to “come up with an acceptable solution to the vaping and e-cigarette dilemma.”

“They’re stating that these flavors are being pushed toward the children,” Hutchins said. “But I deal with a large portion of adults who have nothing but flavors on their mind, which got them away from the combustable products.”

Hutchins said he believes if Trump goes through with a flavor ban, it will have a “very strong” impact on the results of the 2020 election.

“We vape, but we also vote,” he said, nodding to the tens of millions of Americans who vape or have used vaping products.

Hutchins said he has “positive feelings” toward the vaping industry’s potential for recovery from recent controversies, and he urged people to consider the evidence before rejecting e-cigarettes and starting or returning to traditional cigarettes.

On its website, the CDC wrote vitamin E acetate “usually does not cause harm when ingested as a vitamin supplement or applied to the skin. However, previous research suggests when vitamin E acetate is inhaled, it may interfere with normal lung functioning.”

“While it appears that vitamin E acetate is associated with EVALI [e-cigarette or vaping product use associated lung injury], evidence is not yet sufficient to rule out contribution of other chemicals of concern to EVALI,” the CDC reported.