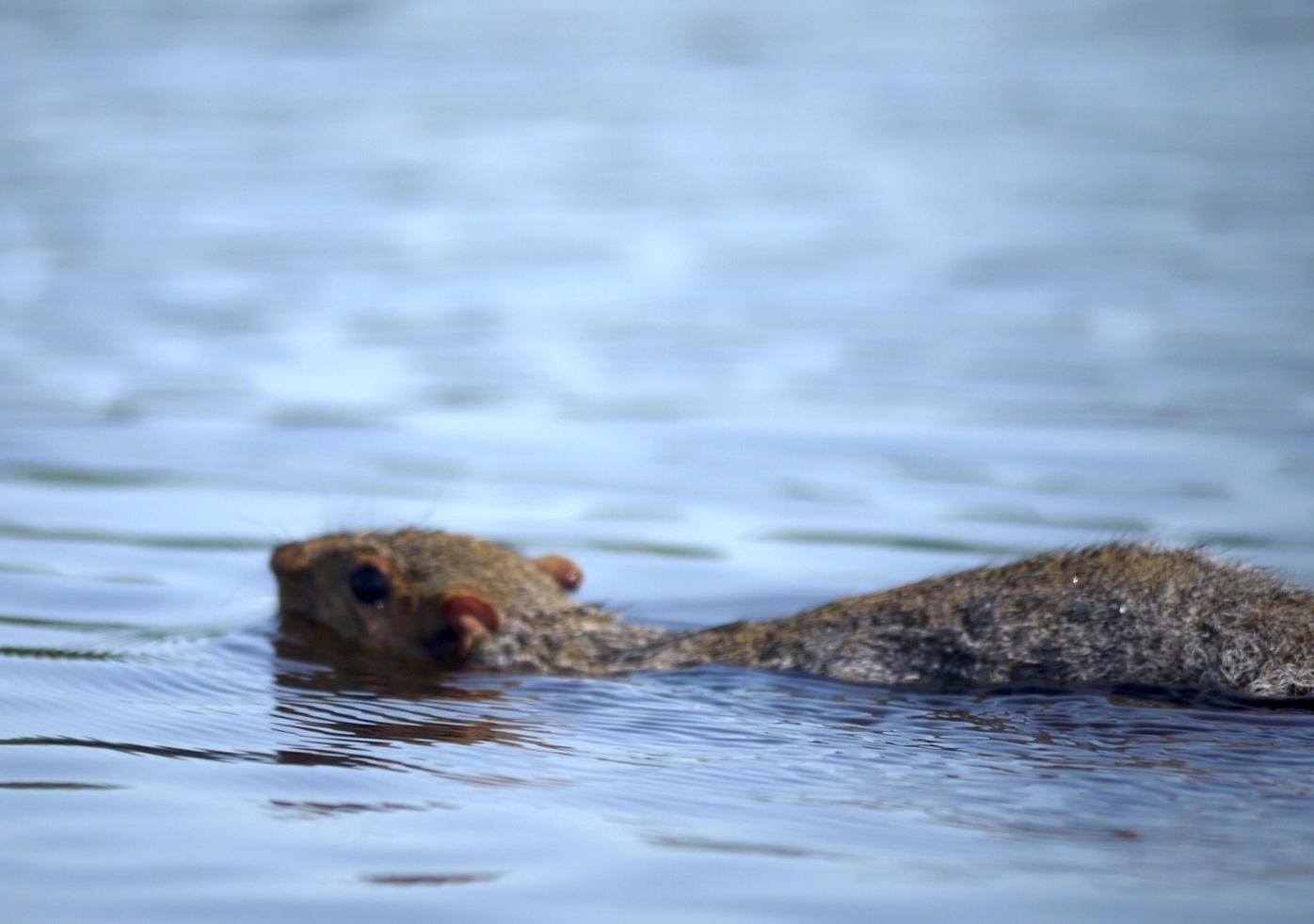 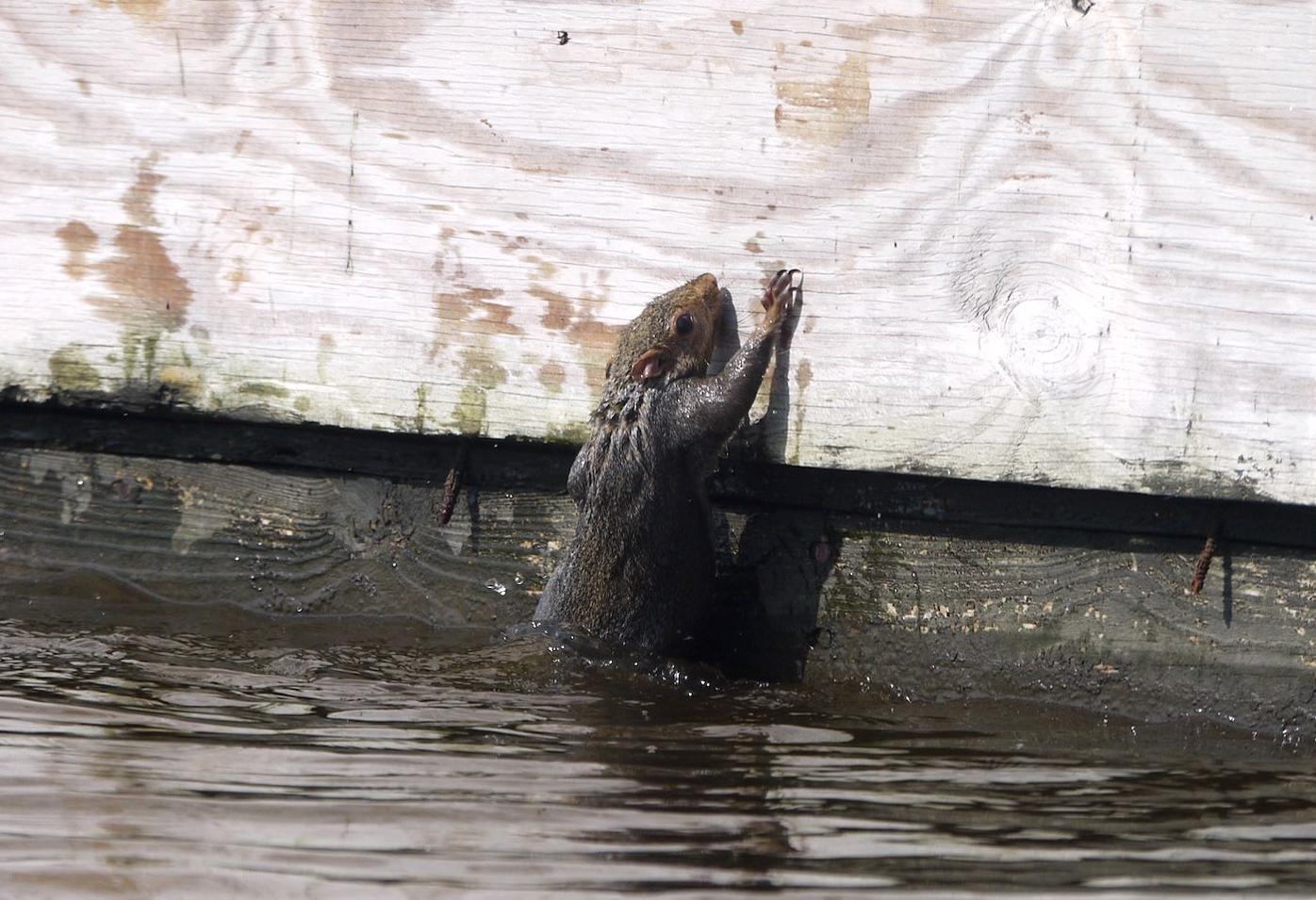 Squirrel tries to climb on a duck blind. 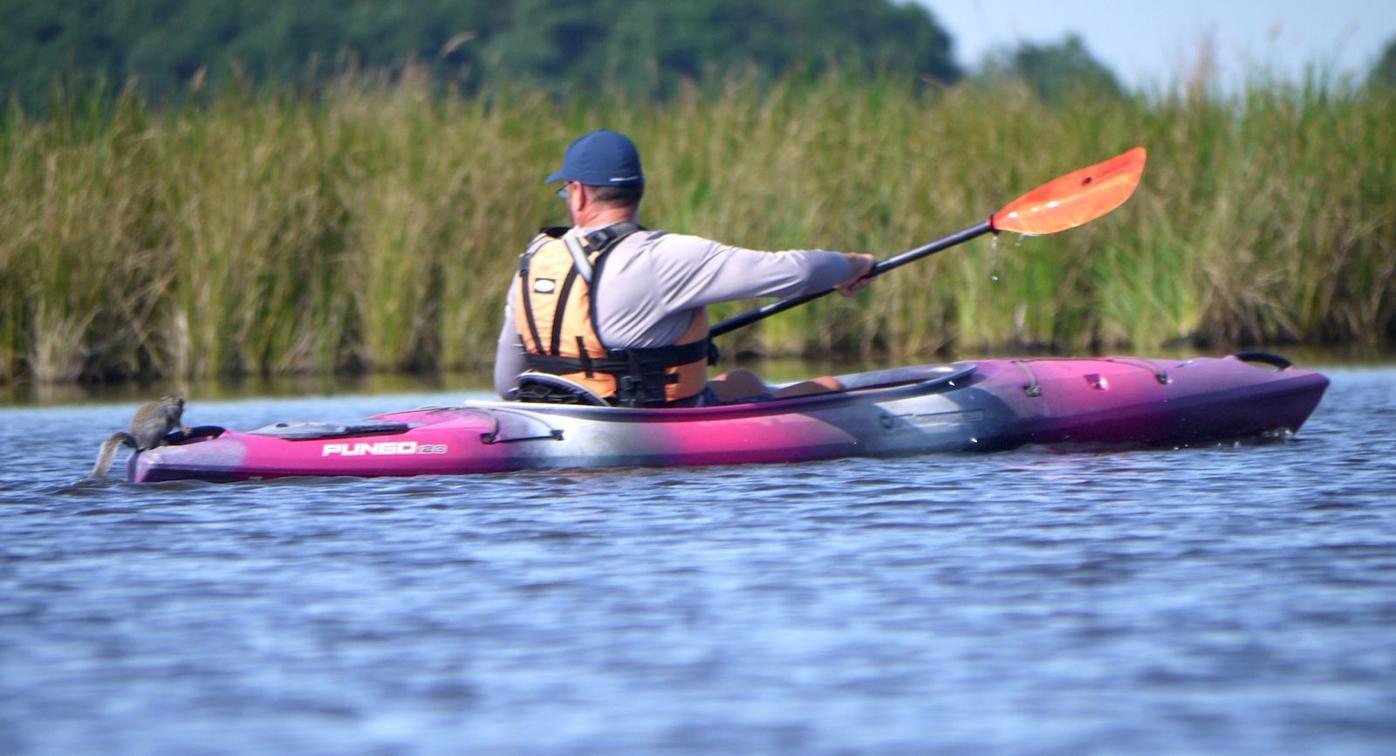 Squirrel on the back of a kayak. 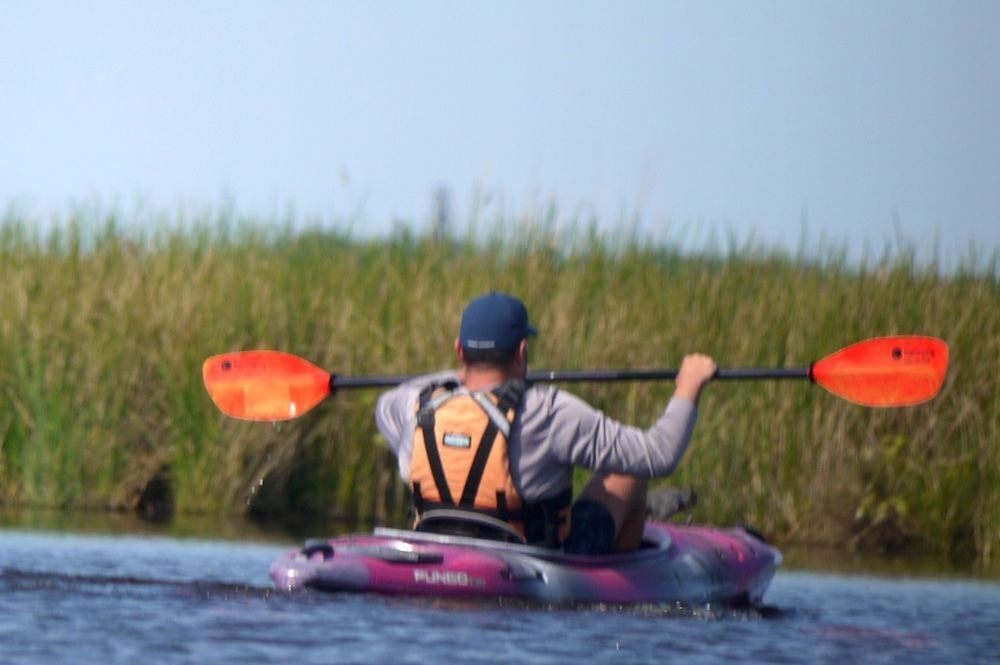 Squirrel on the front of a kayak. 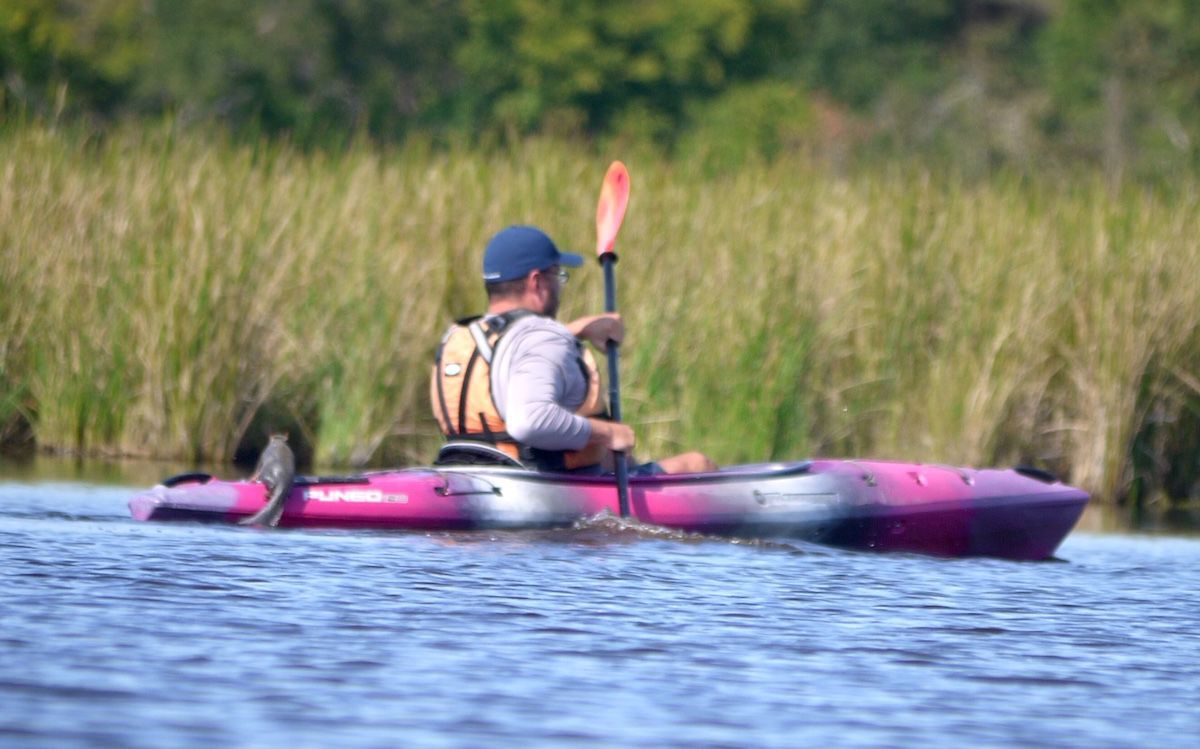 Squirrel prepares to swim to a nearby marsh.

Last week I went kayaking and had a unique experience on the Little Blackwater River. On Tuesday, Sept. 29, I went for a paddle with Blackwater National Wildlife Refuge biologist Matt Whitbeck and Matt Meredith of Blackwater Adventures.

We saw something floating or swimming, and Whitbeck paddled over closer to the object and found, to our surprise, it was a Delmarva fox squirrel that was swimming across the river. Whitbeck said he had never seen a squirrel swimming, and he thought his colleagues who were students of squirrel behavior would be quite interested to hear what we had seen.

Two days later, I was paddling on the Little Blackwater again, and in almost the same spot, I saw another floating object. I paddled over to see, and it was another squirrel. I think he got a little surprised, because he immediately swam over to a nearby offshore duck blind. Unfortunately for him, he grabbed onto the side of the blind that was a sheer face of plywood, where his little climbing claws could find no purchase. He was also on the side of the blind facing away from any of the nearby shoreline.

I watched him clamor and try to climb on the plywood for a few moments, and I decided to paddle away, give him a little bit of space. I looked back and saw that he wasn’t making any headway toward finding a way out of his predicament. I don’t know what possessed me, but I decided to paddle back over and maybe give him a little nudge with my paddle to get around the side of the duck blind, so he could perhaps see the land, or climb up on the blind, get a breather and find his bearings.

The moment I got close, he launched off of the blind and swam toward me like an Olympic champion. He caught me amidships on the port side of my kayak and started scrambling, trying to get some kind of traction so he could climb aboard. I tried to encourage him to find another destination with the end my paddle. He did. He climbed on the back of the kayak. (Who could have ever seen that coming?)

I started to paddle toward shore, trying to seem calm while not wasting any time. Suddenly, the squirrel scrambled along the left side of the kayak past me and onto the bow. He stood there looking me right in my eyes for a couple of moments. I briefly thought about snapping a picture with my cell phone, but I decided that that kind of commotion might confuse and upset him, and I didn’t want him to try to reposition himself, particularly not inside the well of the kayak with me.

He fell off, and I started to paddle away, but little Phelpsy, as I’ve come to call him, was just too fast. This time, he intercepted my kayak on the starboard side. If I had put my arm down, my elbow would have been resting in the general vicinity of his little squirrel head. I again encouraged him to find some other place to be (not on my kayak) with a chant of “no no no no” and some gentle but insistent movements of my paddle. He again climbed on the back. This time, being closer to shore and paddling even harder, I made it to within 10 or 12 feet of the marsh, and my little friend jumped off and went on his way.

In case you didn’t know, squirrels can swim.