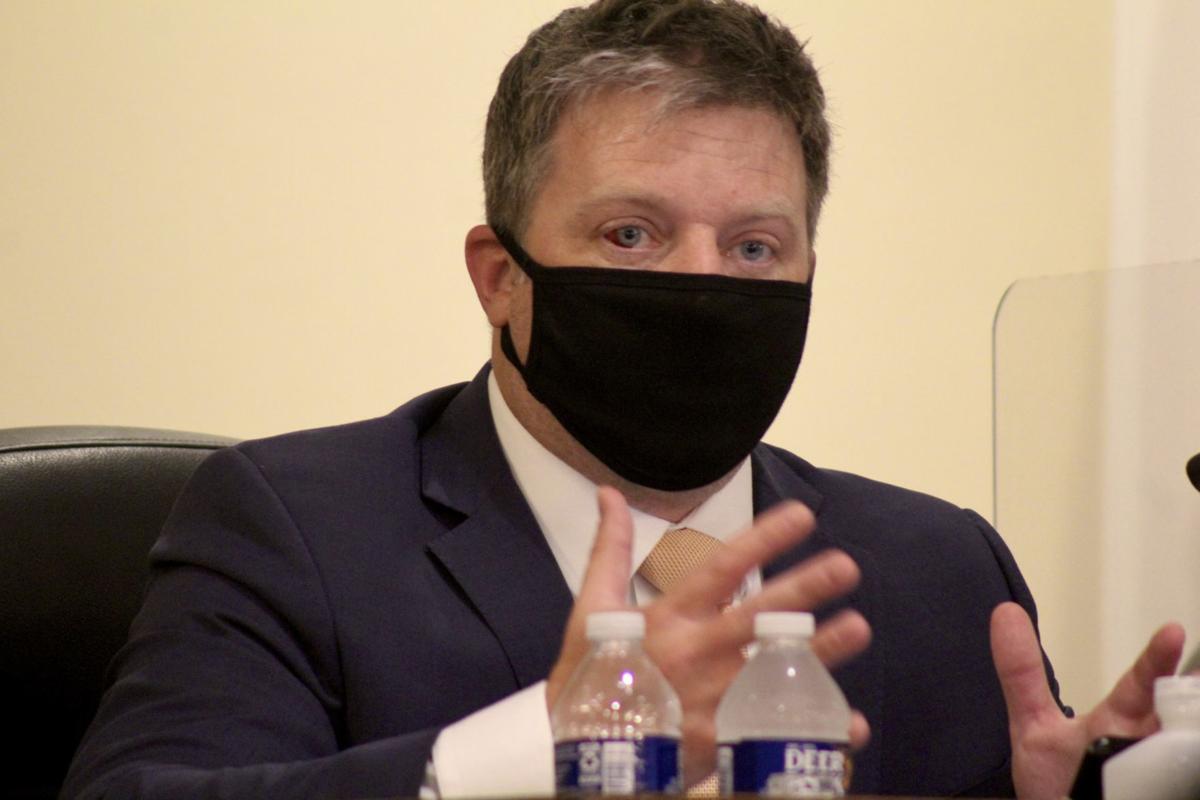 Talbot County Council Member Frank Divilio during a Tuesday, June 23, council meeting discusses his idea to erect a statue in place of the Talbot Boys monuments that honors Civil War soldiers from both sides. 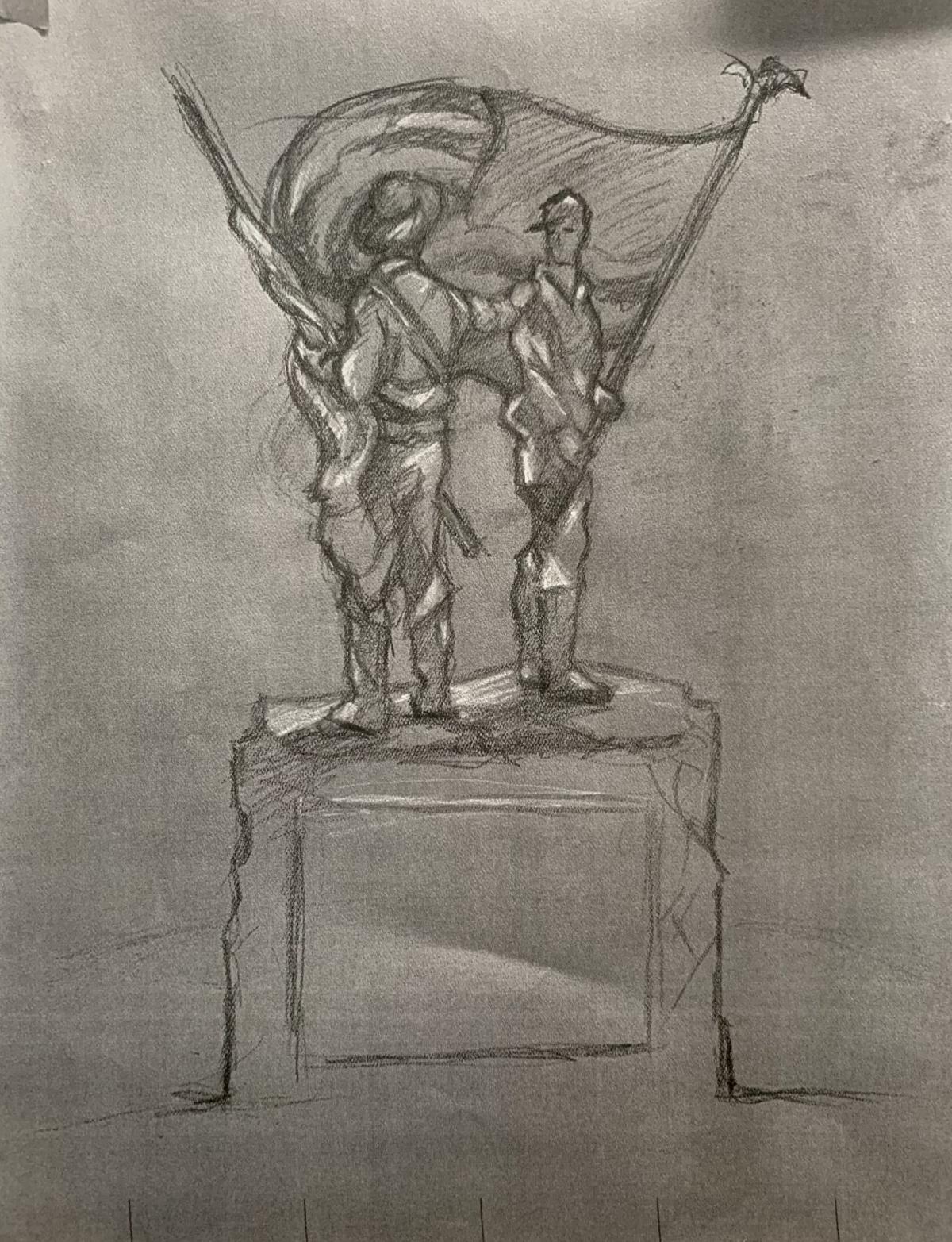 Talbot County Council Member Frank Divilio during a Tuesday, June 23, council meeting discusses his idea to erect a statue in place of the Talbot Boys monuments that honors Civil War soldiers from both sides.

EASTON — Talbot County Council Member Frank Divilio during a Tuesday, June 23, council meeting suggested that the county replace the Talbot Boys monument with a “unity statue” that memorializes both Union and Confederate soldiers.

Divilio presented a “very rough sketch” of his proposed replacement statue, which showed two boys, each holding their respective side’s flag, facing one another and appearing to reach their hands out affectionately.

The councilman said his goal is to “come up with a unity statue that is fair, shows equal representation” and lists the names of all Talbot County soldiers who served in the Civil War.

The new sculpture would be made by Will Hemsley V, whose work is showcased across Maryland, including on the Eastern Shore. Hemsley crafted the “Maryland Waterman’s Monument” in Queen Anne’s County in 2007, and “Herring Gulls” at Salisbury University in 2010.

Some of Hemsley’s most notable works cost between $10,000 and $400,000. It’s unclear what the price tag might be for Divilio’s proposed “unity statue.”

The councilman said the new statue likely would be privately funded through crowdsourcing with the help of the Mid-Shore Community Foundation. He said residents could go to the Foundation and “give five bucks or 5,000 bucks.”

“Everybody wants a voice and an opportunity to make a difference,” he said. “This will take the community to come together to do it. I think the community can get behind coming together.”

As for the Talbot Boys statue as it stands now on the courthouse lawn, the monument would be removed but preserved — possibly relocated to somewhere it can still be seen and admired as a piece of history.

Council Member Laura Price said she thought Divilio’s proposal was a “beautiful idea,” but she raised concerns about whether people would actually pitch in the funds to bring the statue to life.

It’s sad to me that, over all these years, nobody’s ever put their money where their mouth is,” Price said. “It’s hard to actually make that part of it happen.”

Price nodded to proposals that citizens previously brought before the council. She said none of them ever became a reality because people would lose steam when it came to following through with a plan and funding.

Divilio said his plan is to organize a group to handle fundraising for the monument and bring it before the council for consideration within the next two weeks. The councilman {/span}appeared to daydream about the scene of the new statue’s reveal.

Think of the unveiling when we bring everyone back together and say, ‘Yes. We recognize what was on our courthouse lawn for over 100 years. We saw that. We recognize it,’” he said. “Now’s our turn to correct that and say, ‘Yes. There was a Civil War, but we came back. Here we are together.’”

Council Member Pete Lesher said he thought Divilio’s proposal “moved the conversation forward,” though he noted that the idea would need to be publicly vetted.

Council President Corey Pack took issue with Divilio’s presenting the sketch to the council as an added agenda item, saying Divilio should have assembled his plan more fully and then discussed it with the council members through the proper process.

Pack said Divilio’s idea was “just a conversation piece” and should not have been added to the agenda because it was not going to be acted on by the council Tuesday evening.

Despite his distaste for the timing and delivery of Divilio’s presentation, though, Pack said he supported the fact that “conceptually” Divilio was “trying to bring people together.”