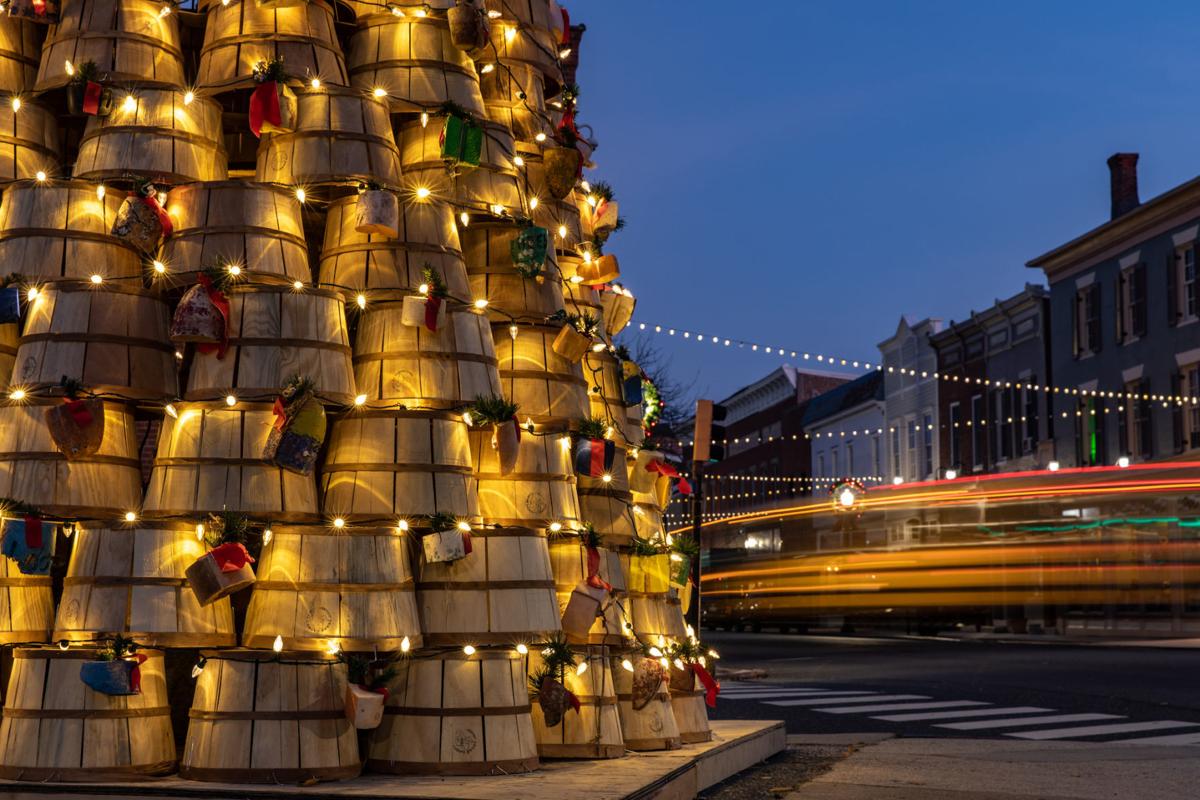 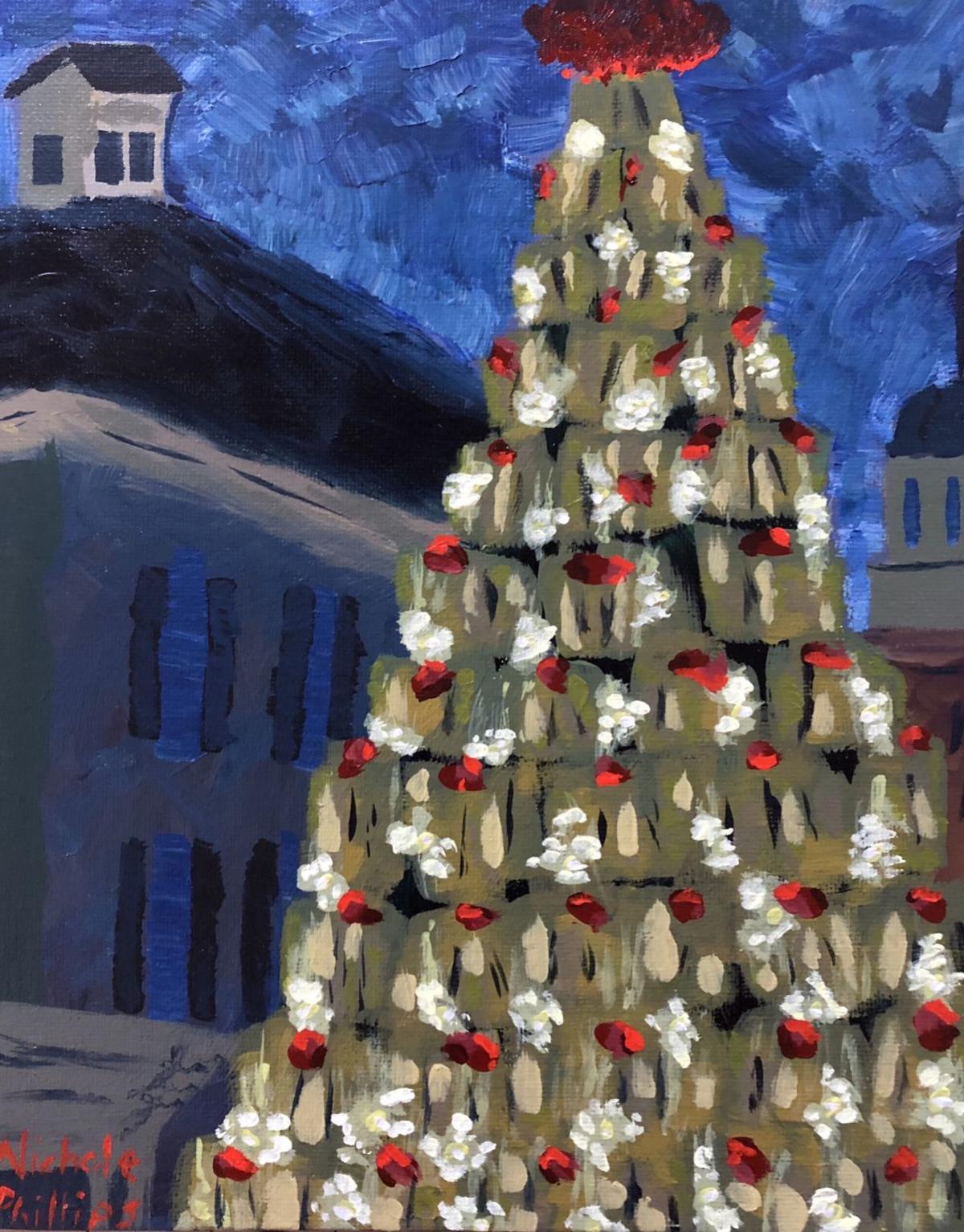 CAMBRIDGE — Downtown Cambridge’s crab basket tree inspires local artists and signals the start of the Christmas season from its temporary position at the corner of Race and Gay streets.

The crab basket tree first was created in 2015 by Brandon Hesson, then director of Cambridge Main Street, to augment the holiday atmosphere for downtown businesses.

That first year, the tree stood 15 feet tall, with two rows added its second year and finally reaching its current height of 20 feet in year three.

Hesson, who now works across the street as the director of the Cambridge Center of Chesapeake College, still spearheads the annual construction of the tree.

His work as a set builder for community theater productions of “A Christmas Carol” inspired Hesson to build this first-of-its-kind holiday decoration. He said completing the set each year was what puts him in the Christmas spirit, a tradition echoed now each year as he and other volunteers finish stacking the baskets that are on loan from J. M. Clayton’s crab picking house.

Local photographer Jill Jasuta said the tree’s use of the crab basket to represent Cambridge’s extensive maritime heritage first drew her to photograph the tree.

Jasuta took her favorite photograph in the pre-dawn hours, allowing her to capture the orange of the prior year’s tree with the pre-dawn blue sky as the backdrop.

In a photo of this year’s tree, she used a long exposure to photograph a portion of the tree in the foreground with the lights suspended over Poplar Street and the blur of a school bus in the background. “I’m still waiting for a good snow,” Jasuta said.

The iconic tree inspired Ridgely artist Nicole Phillips to paint an acrylic version of it that highlights its reds and whites.

Phillips, returning to art after a 20-year hiatus, said the tree reminded her of the up-cycled art style she and her father sold at a vintage store they owned together.

While she used to focus on drawing with pencil, she currently is exploring color and other elements of acrylic painting, honing in on what she calls the “creative quirkiness” of the tree.

Phillips’ work can be found on Instagram @eviegraydesigns or reach her by email at eviegray designs@gmail.com.