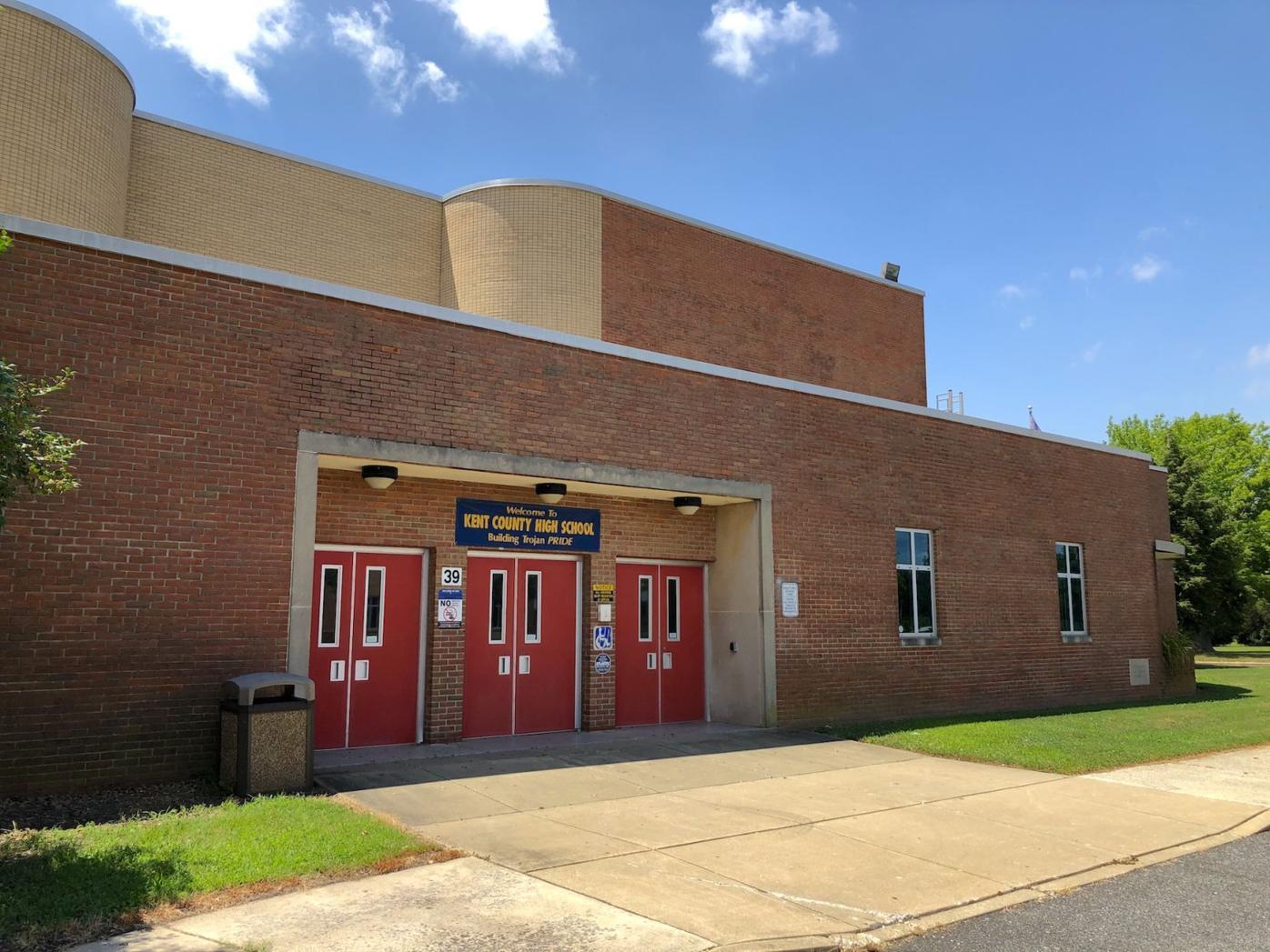 Concerns were raised at a Kent County Board of Education meeting Monday, Oct. 11 over disciplinary issues at the high school, including fights, vandalism and abusive language. 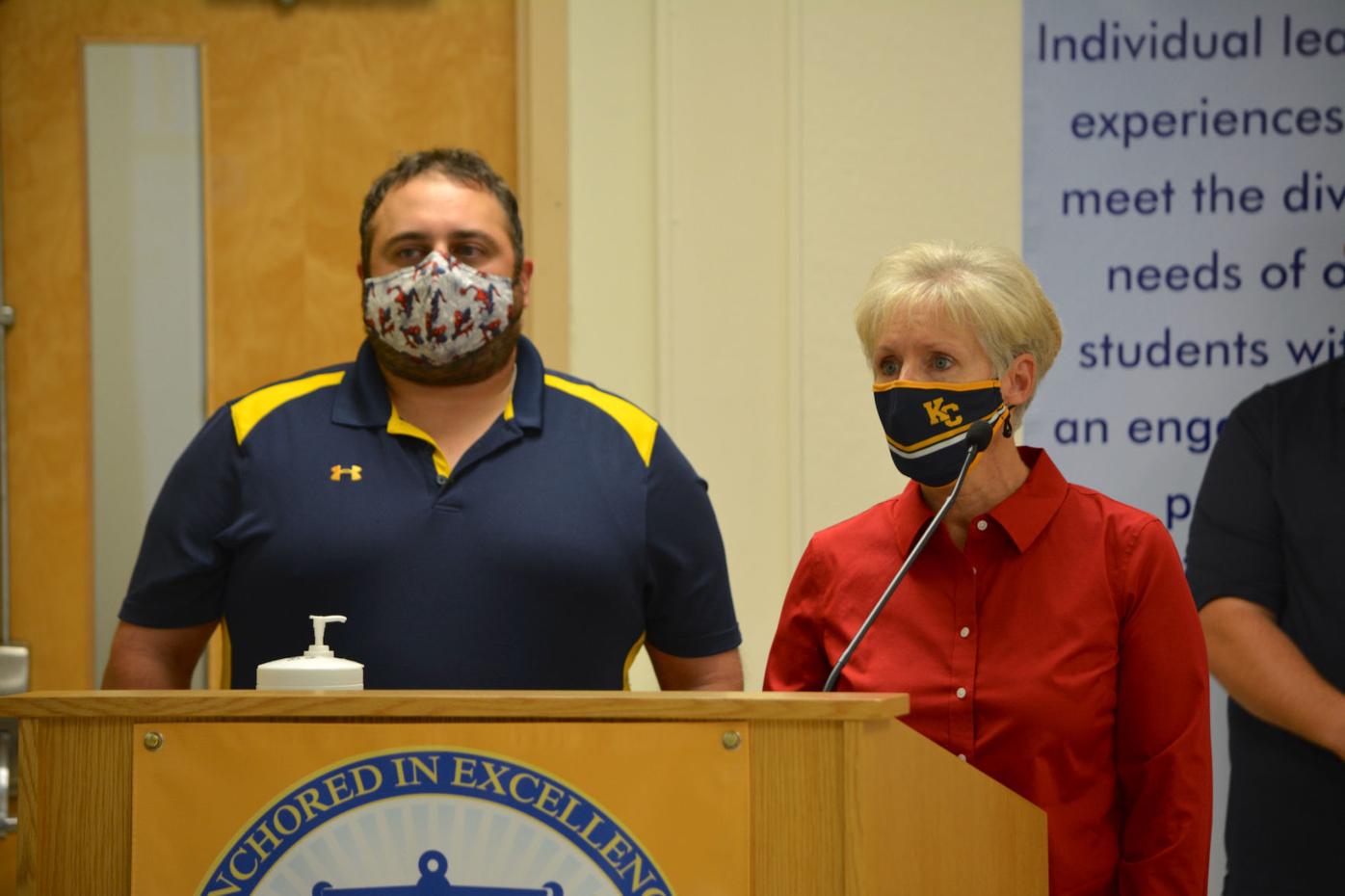 Teachers Brett King and Ida Nabb are among the staff members to speak at an Oct. 11 Board of Education meeting about how they are addressing behavioral issues at Kent County High School. 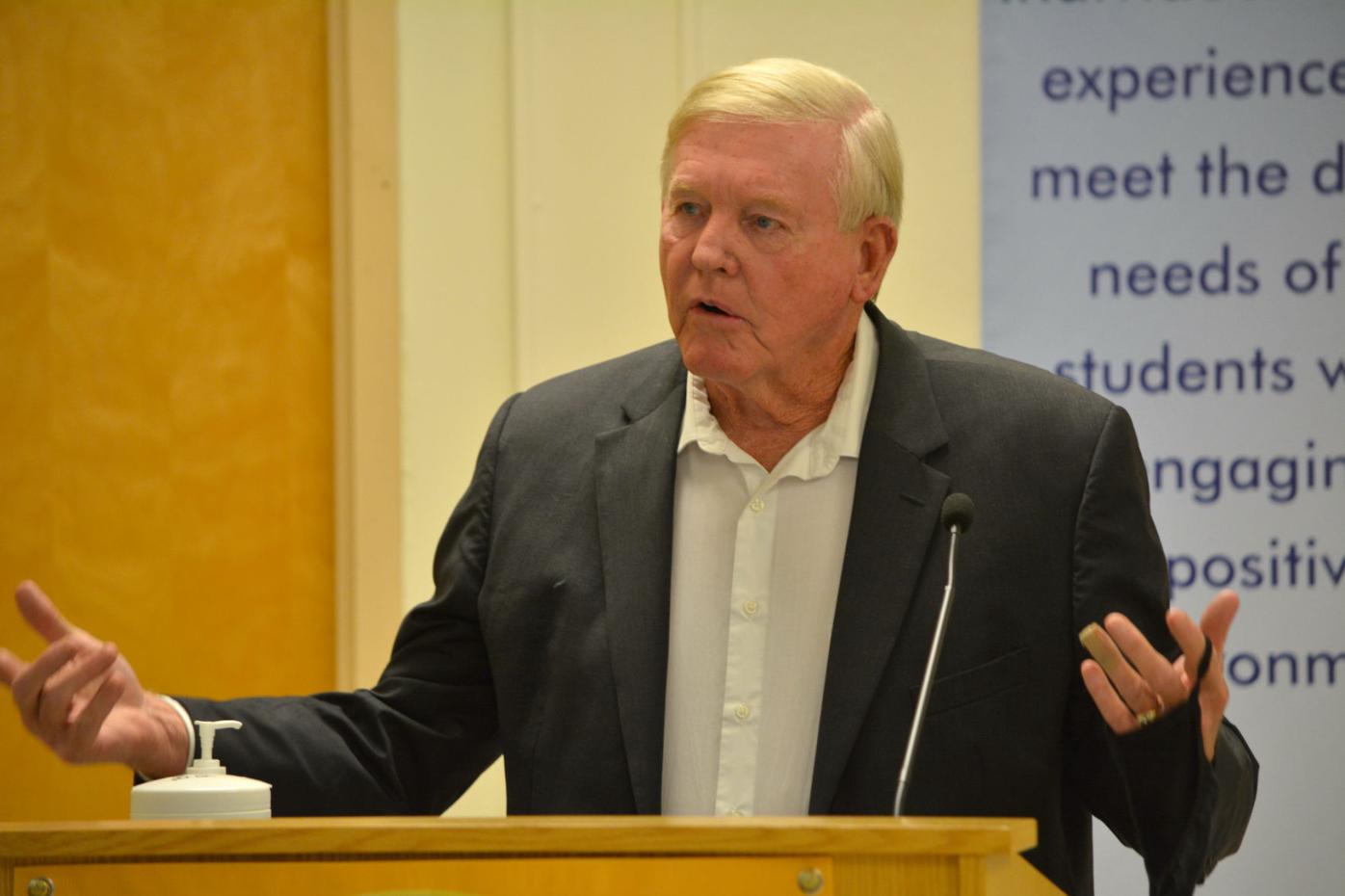 Ron Fithian pledges the Kent County Commissioners’ support in addressing issues at Kent County High School during an Oct. 11 Board of Education meeting.

Concerns were raised at a Kent County Board of Education meeting Monday, Oct. 11 over disciplinary issues at the high school, including fights, vandalism and abusive language.

Teachers Brett King and Ida Nabb are among the staff members to speak at an Oct. 11 Board of Education meeting about how they are addressing behavioral issues at Kent County High School.

Ron Fithian pledges the Kent County Commissioners’ support in addressing issues at Kent County High School during an Oct. 11 Board of Education meeting.

ROCK HALL — In the 10th grade, future Kent County Board of Education Vice President Trish McGee was suspended from school for five days for cursing, and the statement that got her sent home and zeroes put down for her missed assignments was not made in the presence of a teacher or an administrator.

So with reports coming from Kent County High School of students fighting and being back the next day, of vandalism and of abusive language used toward staff, McGee was among those at a Board of Education meeting Monday, Oct. 11 questioning the apparent lack of enforcement of the school system’s disciplinary policies.

“There needs to be consequences and I think that should be spelled out,” said McGee, who also is associate editor of the Kent County News. “It doesn’t do any good to have a rule on the books if we aren’t going to back it up.”

Superintendent Karen Couch and high school staff members, including Assistant Principal Aaron Pretlow, led the discussion on disciplinary issues at the meeting and talked about efforts to curb the behavioral problems. KCHS Principal Joe Graf did not attend the board meeting.

Among the incidents described at the meeting were reports of fights between some students, some students using abusive language toward staff and getting physical with them, vandalism to bathroom fixtures, among other disciplinary issues.

Concerns were raised about those students involved not being met with disciplinary action, such as suspensions, and the effect that has on the morale of the majority of students who are following the rules.

In one instance, the Kent County Sheriff’s Office issued a news release regarding a fight that allegedly occurred Thursday, Oct. 7 at the high school and led to four juveniles being referred to the Department of Juvenile Services. School Resource Officer Scott Metzbower, a member of the sheriff’s office, responded to the altercation and reportedly called for additional deputies to be dispatched to assist.

At the Oct. 11 meeting, McGee and board member Nivek Johnson questioned why structural policies were not in place at the start of the year, such as duty coverage by teachers, and why students in many cases do not appear to be held accountable for their actions.

Parent Joanna Blackburn said children witnessing other students not getting disciplined are feeling really deflated and are left wondering why. Blackburn said she witnessed a fight herself.

“It’s really heartbreaking to watch,” she said. “You have a lot of smart kids who are watching and listening and it is really affecting them too.”

Another fight reportedly occurred the following morning at the high school.

At the board meeting, Couch said the school system is deploying all necessary resources to the high school from the central office and from Student Services, herself included. Board members also have been visiting the high school.

“I think that, for the most part, we have really good kids at the high school,” Couch said.

She thinks that while it is going to take some time, the changes that have been put in place are going to make a positive difference in the school.

Teacher Cheryl Bachman said the senior class are the only students at the high school now to have had a full year there prior to the start of the COVID-19 pandemic.

“And so this has definitely been a shock for some of them that have never spent this amount of time in our building,” Bachman, who also is head of the Kent County Teachers Association, told board members.

High school staff members spoke about efforts to curb the behavioral issues, such as having teachers in the hallways. They talked about the open door policy of the school administration for students and staff and of recent class meetings.

“Let us know what we can do to help your student because every adult in our building wants to help them,” Bachman said.

Teacher Caren Saunders said the staff knew they were going to have some heavy lifting to do this year, but some of the challenges they are facing are different from what they anticipated.

Saunders and her colleagues who appeared at the meeting remain optimistic.

“We have a lot of pride in the blue and gold. We still think it’s always a good day to be a Trojan,” Saunders said. “And I think that we are making the changes and taking the steps that we need to move in that direction.”

Kent County Commissioner Ron Fithian spoke at the board meeting. He said the issues involved are beyond the pandemic, they are about “respect for your fellow man.”

Fithian also said what is going on is hurting the teachers.

“It’s a good thing I’m not a teacher. I can assure you, if they talked to me like I’ve heard they talk to some of their teachers I’d probably be in jail,” Fithian said.

Fithian said he was there to offer the county’s assistance. With the commissioners being a three-person board, Fithian only needs to sway one more vote on a request for something like adding additional school resource officers.

“If we don’t crack down, it’s not going to get better. And you’re going to make a lot of people mad, but you’ve got to do it. You’ve got to make a difference,” Fithian told board members.

Board of Education President Joe Goetz thanked Fithian for attending the meeting and extending an olive branch.

“You tell us what you need,” Fithian said.

Sam Buckel is the nonvoting student member of the board and a senior at the high school. He called the KCHS environment “irresponsible and unsafe.”

He spoke about discipline issues including violence, slurs being used, bathrooms that smell like marijuana smoke and more.

“Students are feeling unsafe and so am I,” Buckel said.

McGee asked for his suggestions on how to address the issues.

He also wants to see students acting out be disciplined and for them to “understand that behavior doesn’t just affect them, but everyone around them.”

“I really, really want to believe that this is going to get better. I really want my kid to stay at Kent County. I really want this to be a place that he loves. And it’s hard to do that,” said parent Julie Dunlap at the Oct. 11 meeting.

She asked for increased communication from administrators. She said there are parents like her who want to be involved but are struggling to get information.

“I really think that our school can be successful. There’s a group of parents that really wants to be involved,” Dunlap said.

Goetz said he visited the high school during the day Oct. 11. He said things were pretty quiet while he was there and that it was good to see students learning. He also said it was a “very different dynamic” than in years past, pre-COVID.

“We have to support that school in every way possible, students and staff,” Goetz said.

McGee thanked the staff members who attended the meeting.

Pretlow said it has been an adjustment period since the start of the school year, but the “honeymoon is over.”

“The students have to really, really get used to the day-to-day operations of being back in school,” Pretlow said, adding that the adjustment period through September was difficult for students and staff.

He said the issues were addressed in the class meetings and the message appeared to be well received by students.

Couch said there have been consequences for students and disciplinary actions will rise.

“Everybody is committed to do what’s necessary to turn things around and to get in front of this,” she said.

A special meeting of the Kent County Board of Education was announced Wednesday, Oct. 13 to be held the following evening.

The meeting will begin at 5 p.m. Thursday, Oct. 14, with board members moving into closed session to discuss personnel matters.

When they reconvene in public, board members will report on the closed session and are expected vote on personnel actions, according to the agenda. There are no other substantive items on the agenda.

With repaving work set to start at the Kent County Public Schools Central Office in Rock Hall that day, the board meeting will be held at Rock Hall Elementary School, 21203 Sharp St.

The meeting also is expected to livestreamed via the Kent County Public Schools Facebook page.