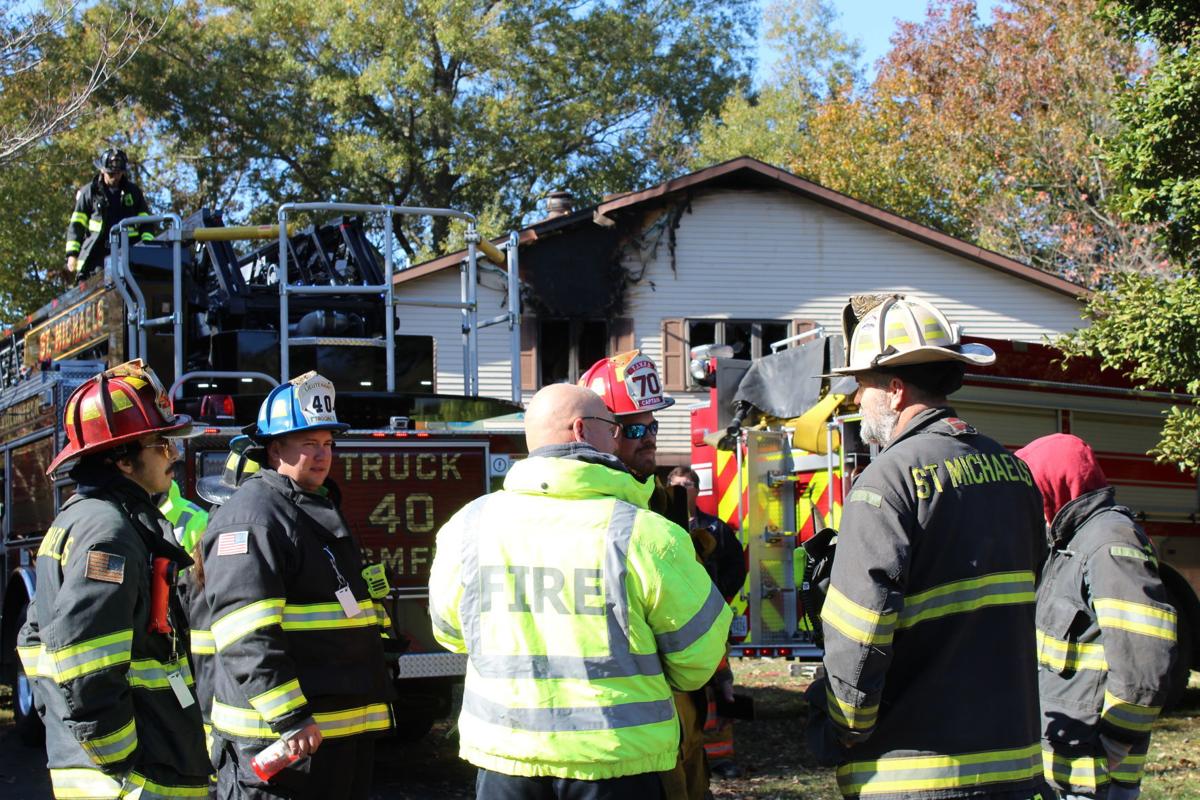 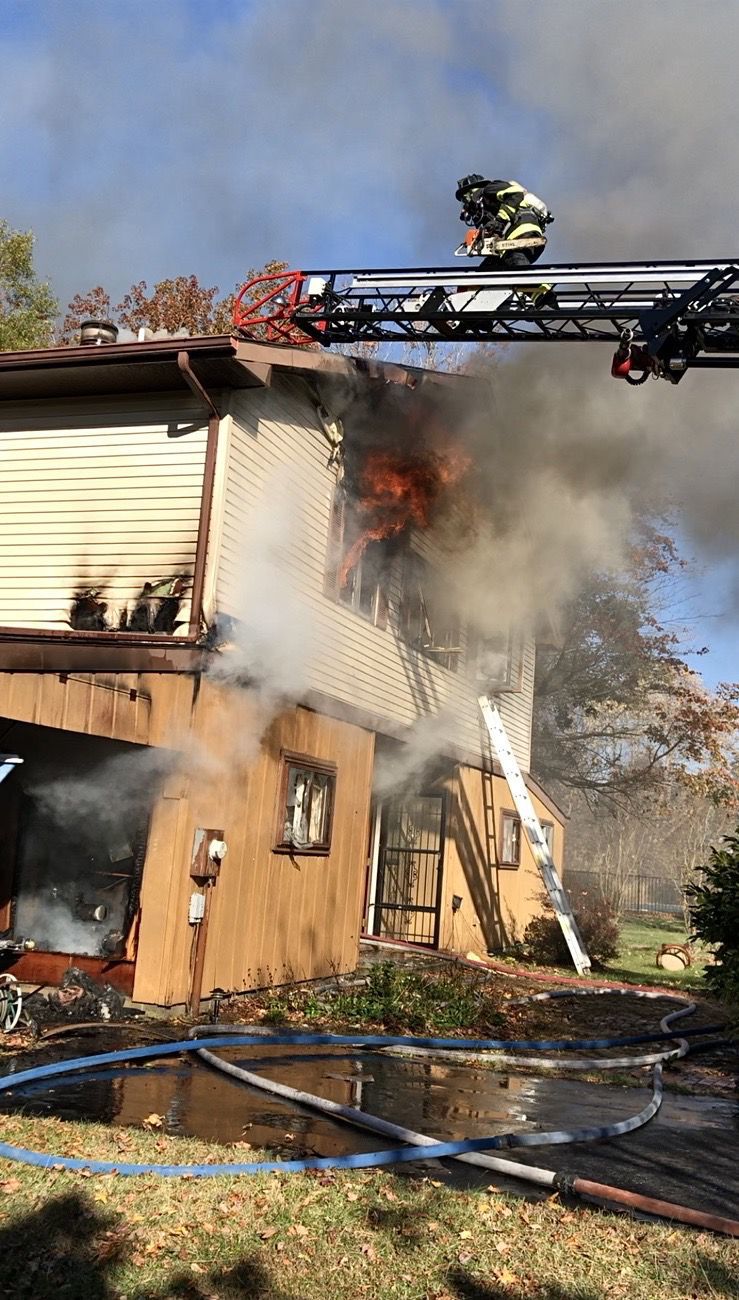 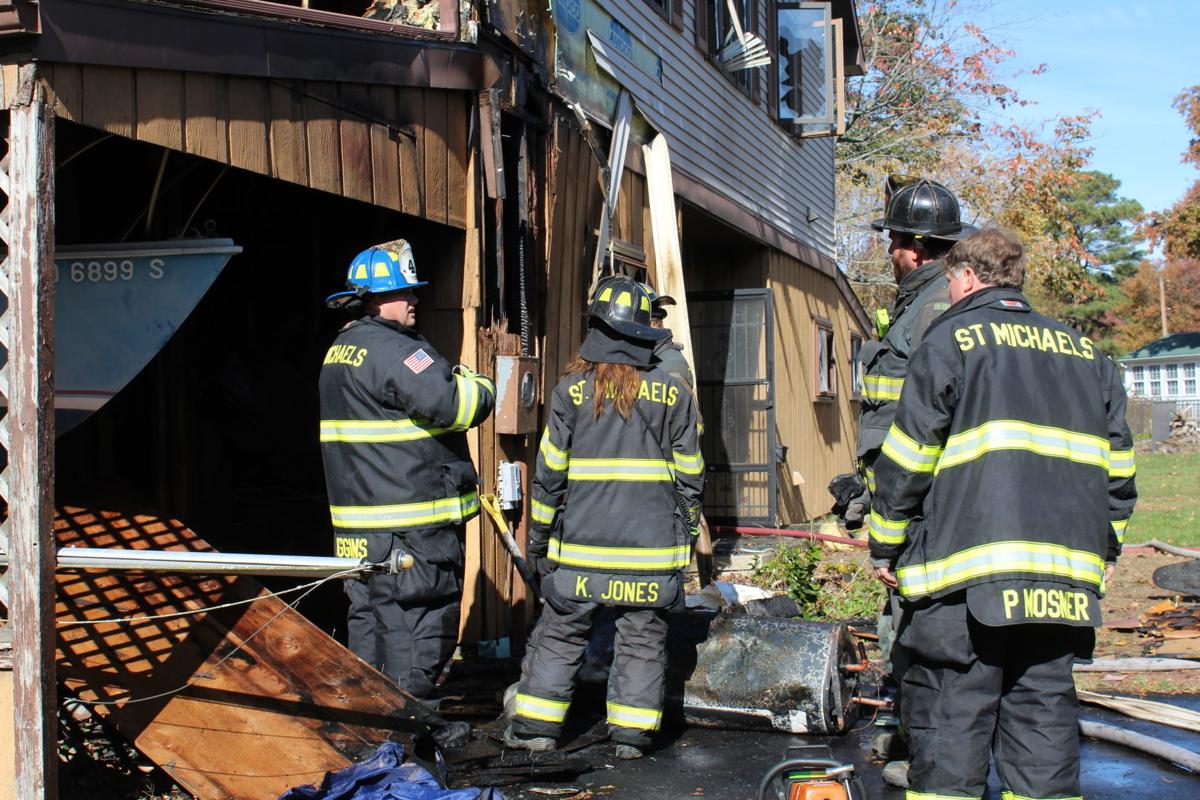 Firefighters assist as Deputy Fire Marshal Shane McKinney investigates the cause of a fire that broke out early Saturday, Nov. 9, at 8622 Sewell Point Road in Wittman.

Firefighters assist as Deputy Fire Marshal Shane McKinney investigates the cause of a fire that broke out early Saturday, Nov. 9, at 8622 Sewell Point Road in Wittman.

St. Michaels Fire Chief Phil Jones said no one was injured in the fire, which broke out about 8:45 a.m. on the first floor of a home at 8622 Sewell Point Road.

Jones said the blaze spread to the second floor and left smoke damage in each room before it was contained a little more than an hour after fire crews arrived.

The home’s structure was still intact following the fire, and while Jones said he didn’t think it was a total loss, he could not estimate a dollar value in damages.

The blaze was reported by a neighbor, and prompted 49 firefighters to respond from fire departments in St. Michaels, Easton, Tilghman, Trappe, Cordova, Oxford and Queen Anne-Hillsboro.

Fire boats also were dispatched to the scene and supplied the crews with water, Jones said.

The Maryland State Fire Marshal’s Office is investigating the cause of the fire, said Deputy Fire Marshal Shane McKinney, who was on the scene.

McKinney said the room where the fire originated contained a water heater and a water pump, as well as electrical equipment.

Mark Miller, the neighbor who reported the fire, said he thought someone was burning trash when he saw the “entire creek filled with smoke.”

Miller said he then noticed “smoke coming out of every possible little hole” of the home and called the fire department.

Liskey lives in Pennsylvania year-round, but visits the Wittman home at least three times each year during the summer months, Miller said.