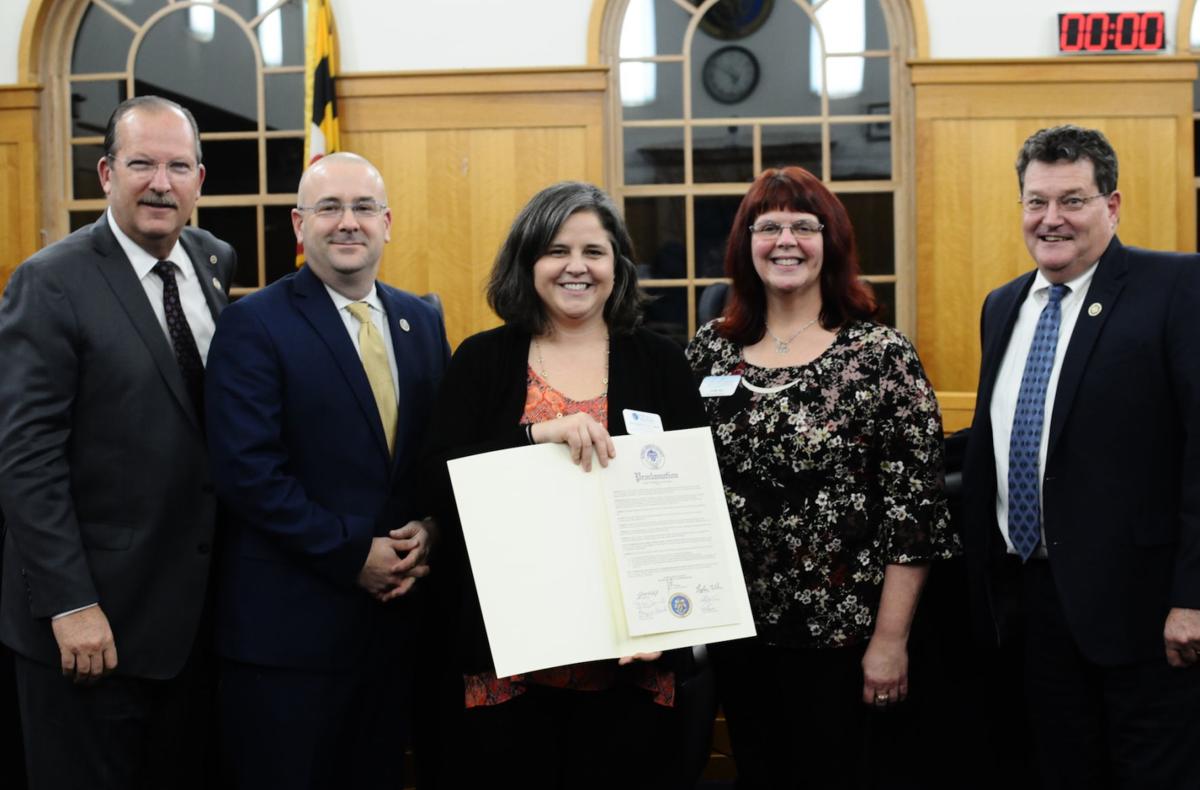 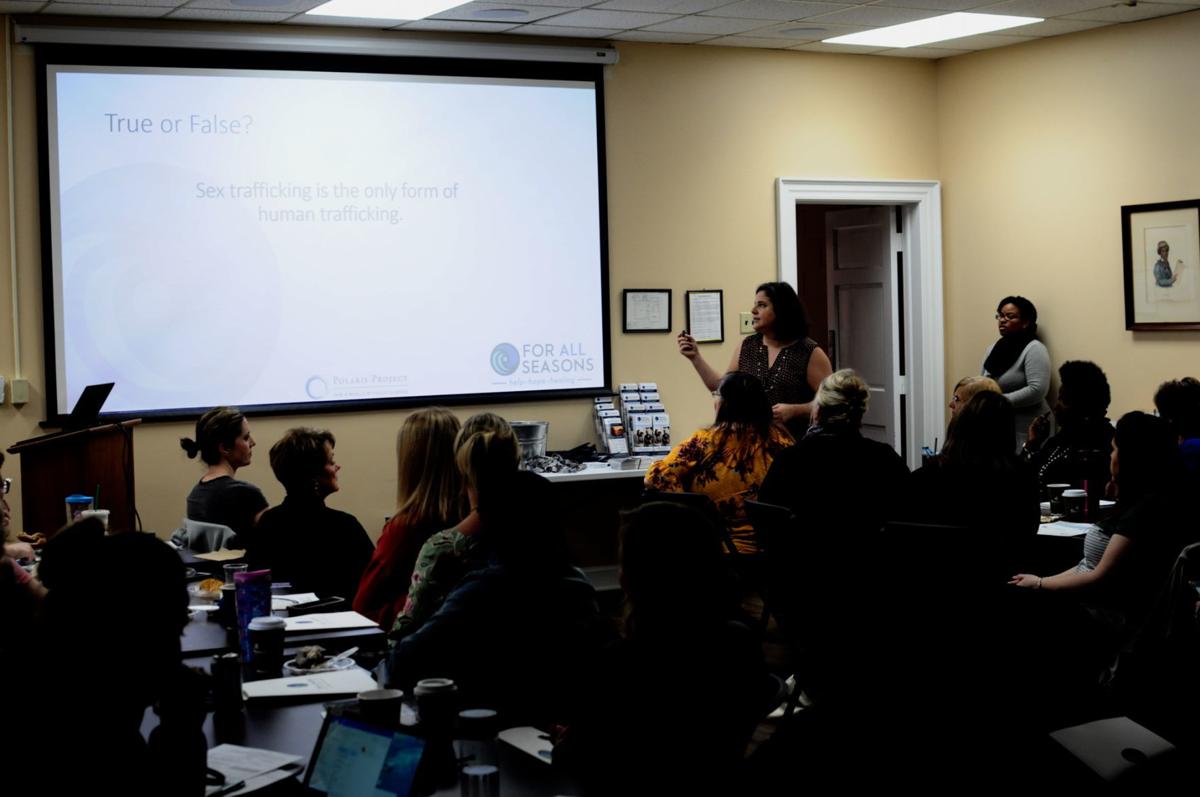 Katherine Petzold, anti-human trafficking program coordinator for the center, and Cara Rose, a special agent with the Department of Homeland Security, led the training. Along with recognizing the behavior of someone who is being trafficked, For All Seasons broke some common misconceptions of the epidemic.

“This issue does really impact our communities, and it’s exciting that our awareness is growing,” Petzold said. “This is a complex issue, and it is the beginning of a process. I arrived at this issue by working at Polaris in Washington, D.C., which is an anti-trafficking organization, and then I worked at the National Human Trafficking Hotline.”

One misconception is only foreign nationals or immigrants are targets. Petzold said victims of the crime can come from all walks of life and economic backgrounds, and reasons as to why they become trafficked can range from labor needs to prostitution.

Also dispelled was the notion that trafficking implies transporting a victim across borders. Control mechanisms by assailants may be used to keep victims in unfamiliar places even if it does not require smuggling.

While many associate human trafficking with physical coercion, perpetrators use other means of control. They include blackmail, retaining important legal documents, debt bondage, psychological manipulation, deportation and threats against the family of the victim.

Data from just four years ago by the International Labour Organization estimates 24.9 million people, 64% of the entire total of human trafficking victims, are taken for forced labor. Sex trafficking, followed by state-imposed trafficking, round out the other main reasons behind the crime.

“Over 50% of human trafficking happening in the country involves U.S. nationals and someone can be trafficked out of their own home,” Petzold said. “We make sure to include labor and adult sex trafficking, because if we don’t, we cut out many people who are affected.”

Given its central location to many large cities and busy traffic routes, Maryland is considered to have one of the highest domestic human trafficking rates in the nation.

Petzold said the state trafficking hotline in 2007 had received 3,729 calls with 884 callers describing high indicators of the crime and an additional 948 describing moderate indicators.

Past instances of trafficking include a case in Easton in summer 2019, a massage parlor in Cambridge last year and three indicted on such charges in Federalsburg in August 2019. Salisbury also saw a high school guidance counselor indicted on charges in January of last year, and another male trafficking two 15-year-old girls in April 2018.

Among the most vulnerable populations are victims of past abuse, the financially unstable, runaways and homeless youth, and foreign nationals.

Rose said breaking away from a trafficker is challenging given the amount of control they often have over their victim. For that reason, law enforcement becomes aware of a victim through numerous arrests.

“Our agency is Homeland Security Investigations, and we’re tasked with investigating all sorts of criminal violations,” Rose said. “I’m very glad that people are here, because this is what we consider training the trainers. When you get this information, hopefully these professionals can go out and spread the information. Until you really start working these cases, you see the various trafficking scenarios.”

The National Survivor Network estimates 91% of victims will eventually be arrested, with 40% being nine or more times. Prostitution, solicitation, drug possession and drug dealing are the most common charges filed.