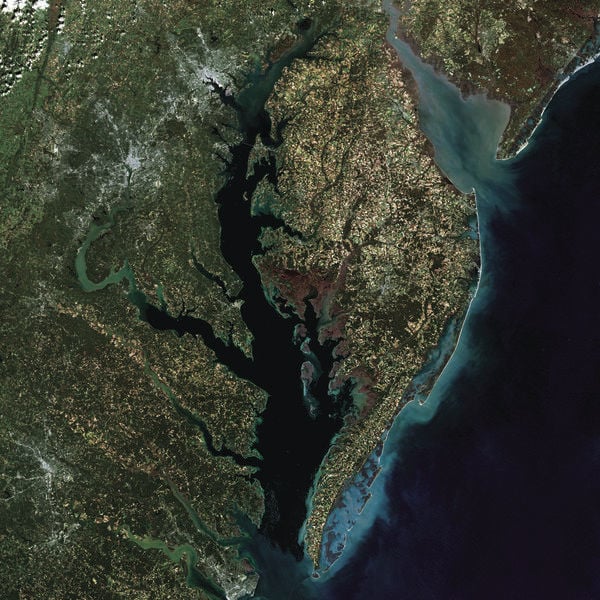 The Eastern Shore Land Conservancy is on a mission to protect 50 percent of the Delmarva Peninsula by 2030. 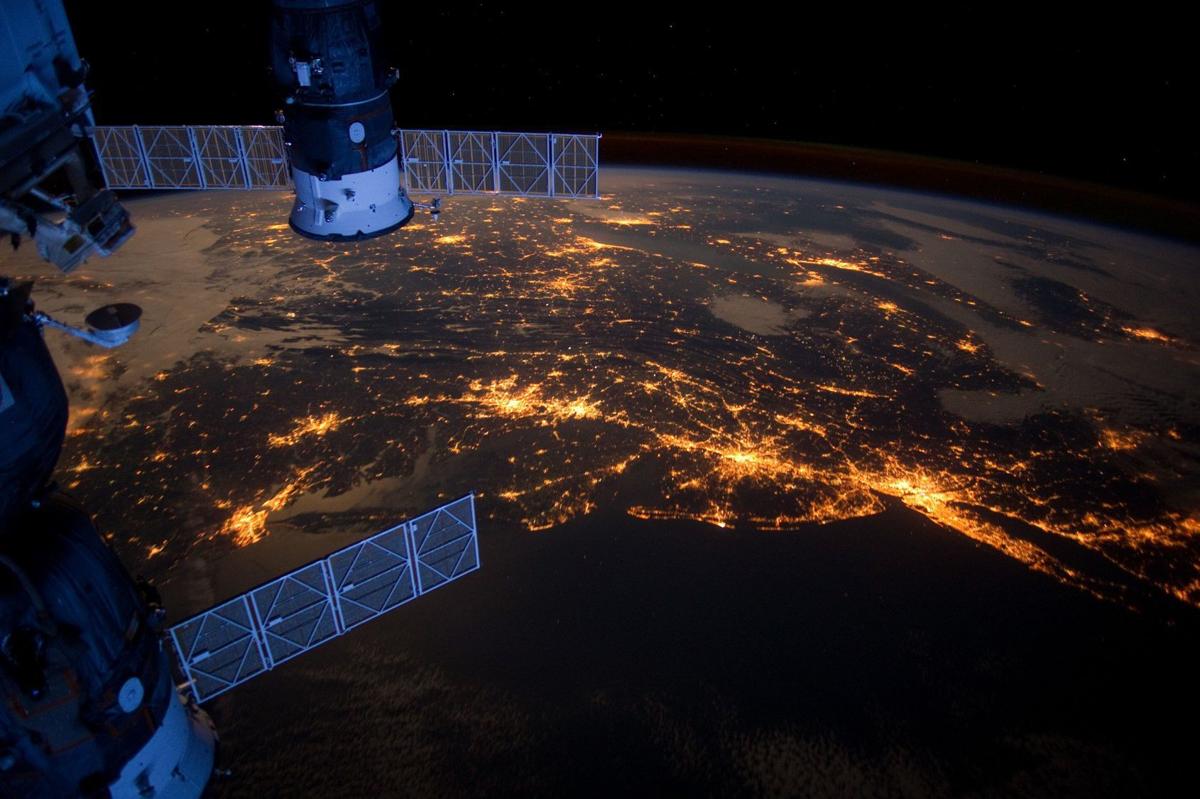 A satellite picture of the East Coast tells the tale of the Delmarva Peninsula as a refuge of quiet among the bright lights in one of the busiest corridors of the country.

The Eastern Shore Land Conservancy is on a mission to protect 50 percent of the Delmarva Peninsula by 2030.

A satellite picture of the East Coast tells the tale of the Delmarva Peninsula as a refuge of quiet among the bright lights in one of the busiest corridors of the country.

EASTON — Delmarva Oasis, Eastern Shore Land Conservancy’s most comprehensive initiative in its 28-year existence, is on a mission to protect 50 percent of the Delmarva Peninsula by 2030.

The proposal is the beginning of a discussion about the endgame for conservation, with topics including the habitat, food production and public access lands must to protect to sustain the core life functions of Delmarva. Another heavy topic is how to permanently allow this region to serve as a model for long-term sustainability in other areas.

“As a community here on the Eastern Shore, we have worked hard to protect the lands we love (about 29 percent protected on the Shore),” said ESLC President Rob Etgen. “With a new Chesapeake Bay Bridge on the horizon and major road improvements at the northern and southern end of Delmarva, we are concerned about a return to the sprawl pressures of the past.

“We feel we must ramp up our land protection efforts, and we must take a more holistic regional approach if we are to keep the farms and forests and wildlife that make this region the wonderful place we know and love.”

According to the Center for Biological Diversity, humans seeking safety and comfort, and pollution that clogs the air and water are making the climate change in ways unfavorable for life, and the results are a startling surge in mass extinction. The current rate of extinction of well-known species is 1,000 times the rate than before humans, and it’s accelerating.

According to Independent Environment Correspondent Ian Johnston, many scientists believe the Sixth Extinction is underway. While the other known great extinctions, labeled such because 50 to 90 percent of species were lost, were driven by volcanoes or asteroids or massive changes in the ocean, this Sixth Extinction is caused directly by human activity.

Anthropocene is the title considered for the period starting when humans began influencing the Earth, and the geologic unit of human time is going into a massive extinction of life, stated the Anthropocene website.

E.O. Wilson, biologist and author of “Half-Life,” said the answers in a large part lie in landscape-level land conservation. More conservation is needed, faster than before, and at scales unprecedented. Wilson proposed the idea called Half Earth, which means saving half the planet for nature.

“I think that most people who have lived here for many years have recognized that Delmarva Peninsula is a special place. It is self-sustainable; we got water, farms, tourism; we have got a lot of things that happen here and can take care of itself,” said ESLC Director of Communications David Ferraris. “We helped preserve 60,000 acres since 1990, so when you take all these efforts, it is 29 percent, and when you add another 21 percent across the peninsula, it will be at 50 percent. If we conserve half of the land and sea globally, the bulk of biodiversity will be protected from extinction.”

The ESLC also stated that for generations this peninsula has been held separate from the bustling swell of cities around it, unreachable without huge investments in bridge spans and tunnels. From a travel and transport perspective within the growing Interstate 95 corridor, the peninsula simply wasn’t a way to get anywhere, enabling the region’s natural richness to exist unmarred by overdevelopment.

Open, natural land is the best long-term savings plan available to a rural region like the Delmarva Peninsula. Not only is every dollar spent on conservation multiplied many-fold in the community, but protected lands ensure the economic services and success of the next generation. Without it, the ESLC stated the Delmarva will dissolve into just another no-name suburb of the I-95 corridor.

“We are proposing that its time to aim higher for conservation in the Delmarva Peninsula because of all the habitats, the rural economy,” Ferraris said. “We feel like it is the difference we can make and it could be successful, a model for other regions across the country and the world, DP is the largest contiguous rock productive land on the east coast.”

ESLC will highlight the Delmarva Oasis initiative for patrons with renderings, project updates and campaign materials at its annual gala, Party to Preserve, Oct. 27 at Chateau Bu-De in Chesapeake City. For more information, visit www.eslc.org.