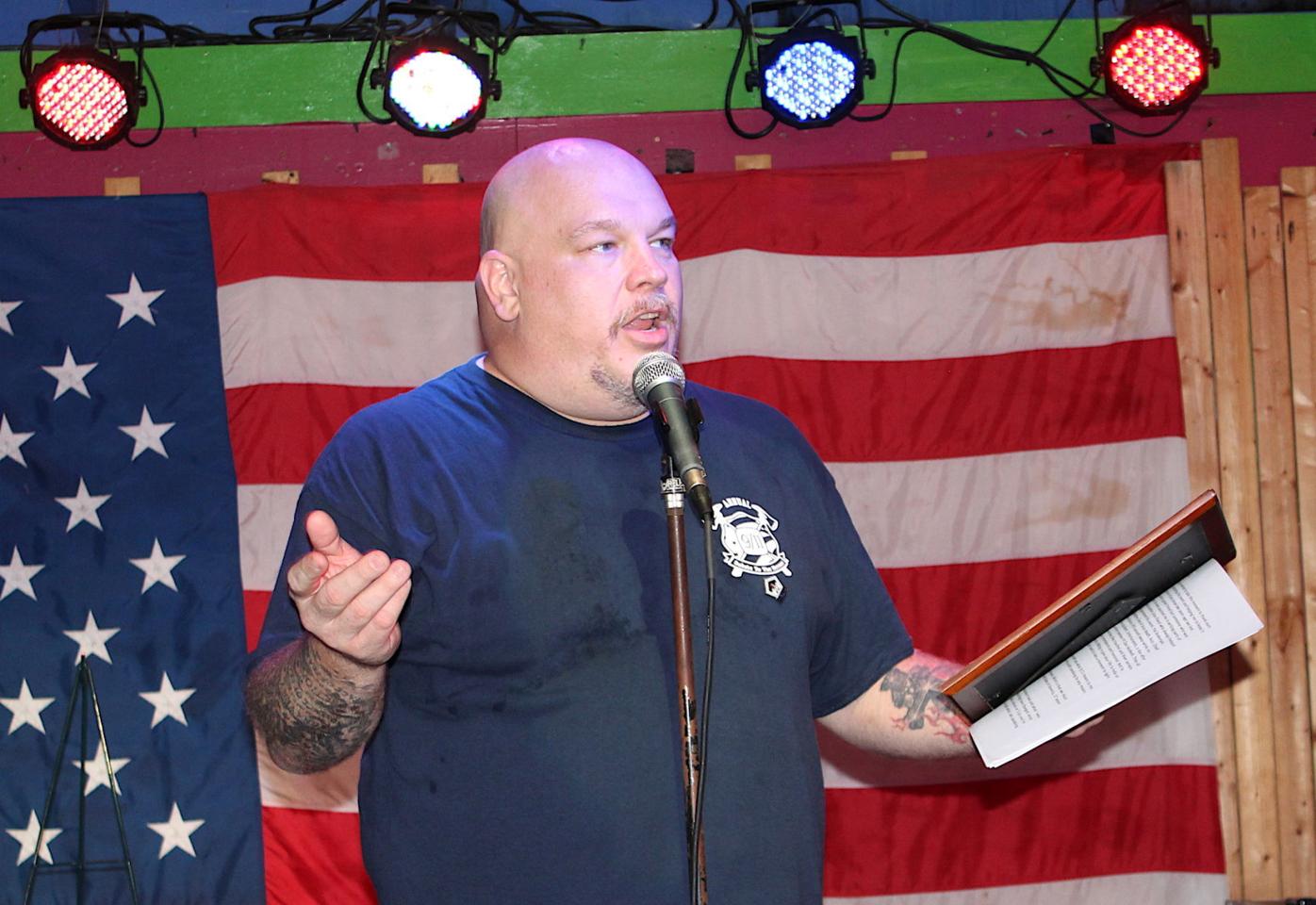 Justin Davis speaks at a ceremony remembering all those who lost their lives during the 9/11 terrorists attacks against the U.S. Davis has been the driving force the past 19 years for The Jetty to host such a ceremony each year. 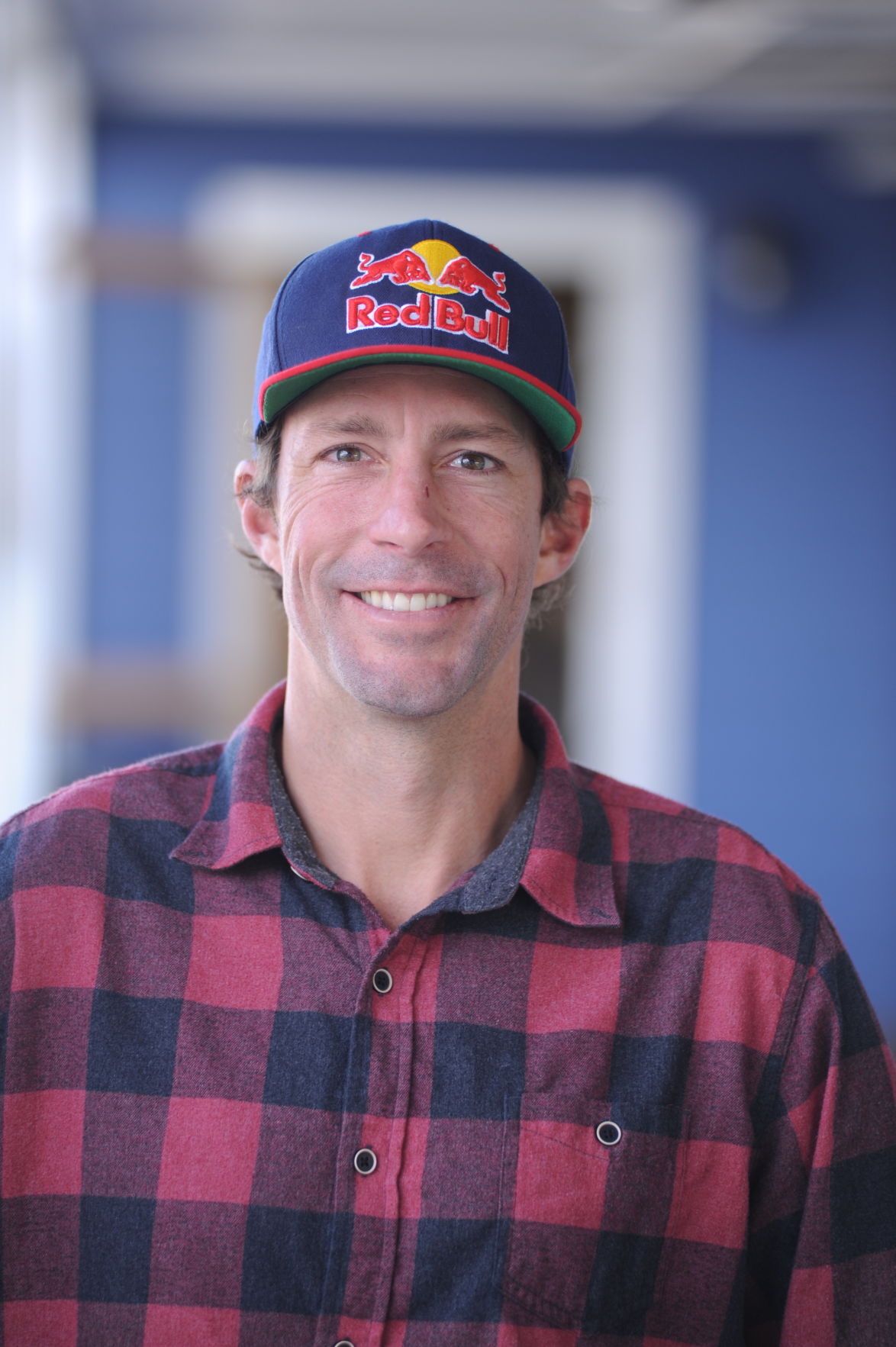 “We need citizens to come out and show their support for Travis Pastrana. Queen Anne’s County government and the citizens they represent should have control of what happens in the county. Not an organization with a lot of money to throw around,” Davis said.

Davis has been supportive of the Nitro Circus track planned for Sudlersville by racer Travis Pastrana since it was proposed. The decision to withdraw his plans for the track followed litigation filed by a several Sudlersville citizens with the help of Queen Anne’s Conservation Association.

“I think Pastrana is doing what he has to do,” Davis said. “He definitely could have won if he had stayed. But if you have investors and they expect things done on a timeline ... I am sure he sees the Four Seasons properties that were held up 20 plus years. The county lost a million dollars in that whole ordeal.”

“Pastrana really does do a lot for the community and especially for the kids. I know for a fact that he was going to be benefiting all the fire departments in the county. Being volunteers they need all the money they can get,” noted Davis.

Davis believes more Sudlersville residents were for the project than against it, and he wishes it had been put to some type of vote. In July, Davis set up a petition, when discussion about the racetrack was beginning, “just to see what kind of support we would get,” he said, “and it is close to 5,000 signatures, which was a lot more than we thought we would get.”

“There is nothing for kids to do in the county,” Davis added. “There never has been. Pastrana’s project would have been the perfect thing. A lot of kids are into motor cross. The thing that a lot of people don’t understand is that he was setting up an E-rally course to promote E-rally sports, which are electric. Those cars make absolutely no noise. They did a study where three of them make less noise than a combine.”

“He (Pastrana) was trying to grow the E-rally sport because it is brand new. It is something they haven’t even really begun to get into yet, but it is the wave of the future,” Davis said.

Davis strives to keep things civil. No threats or bullying or sarcasm. And on his Facebook post Davis was quick to reply to those who sought to make threats online against Falstad and his family and strongly discouraged such behavior.

“I have nothing against QACA or Jay Falstad,” said Davis, “but if you are going to have a mission, then do it the same across the board.”

Davis cited a newly constructed brewery built in a rural part of Queenstown. They (QACA) haven’t said a word about that, he noted, and here is yet another place to drink and still no place for the kids.

“Healthy debates are fine as long as they are civil. Like I tell everybody, you can’t fix things until everybody talks about it. Something this big should have been up to the citizens. We really need to band to together and give these kids something to do,” he said.