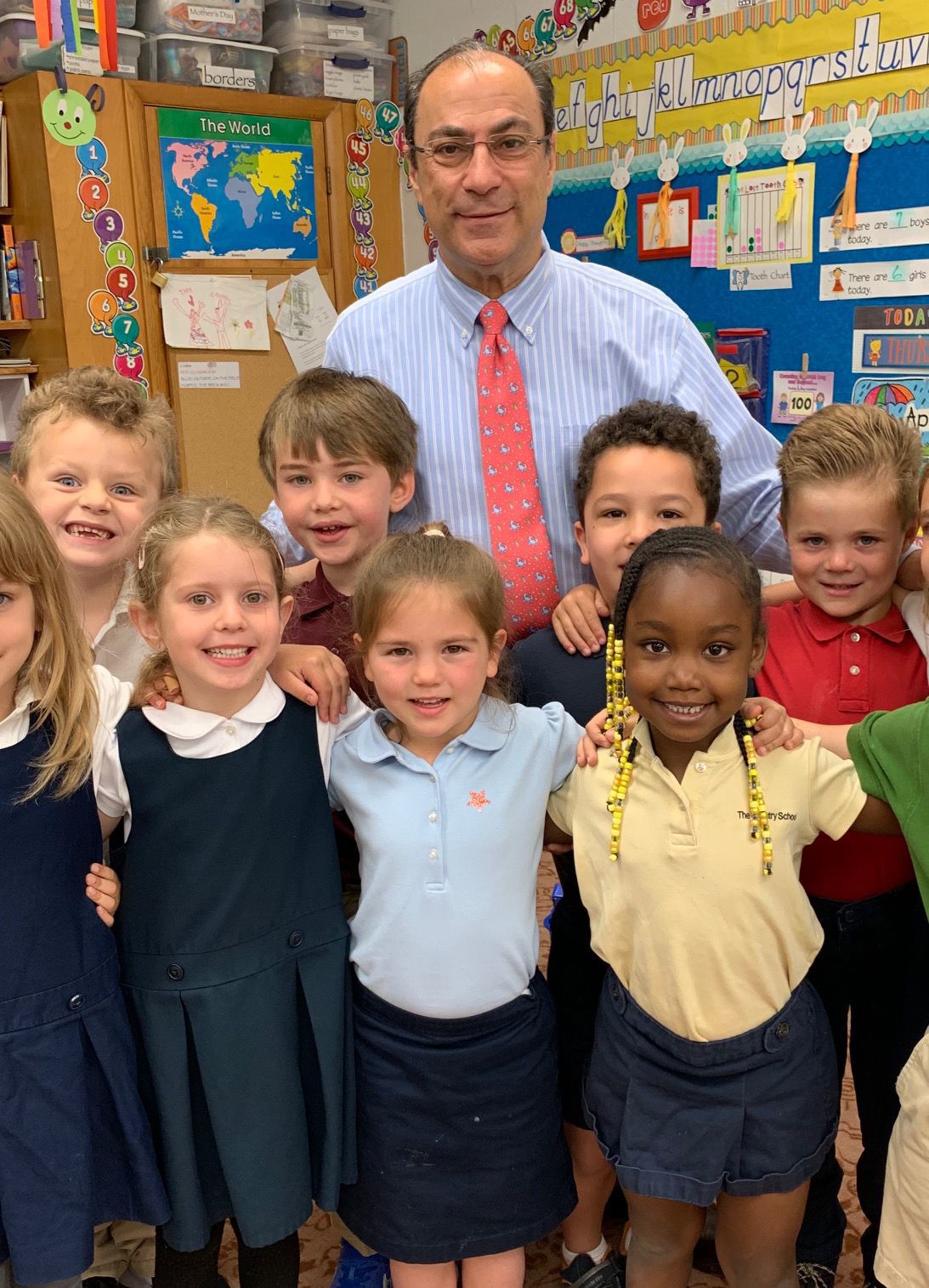 Neil Mufson, head of the The Country School in Easton, will retire at the end of the 2019-2020 school year. 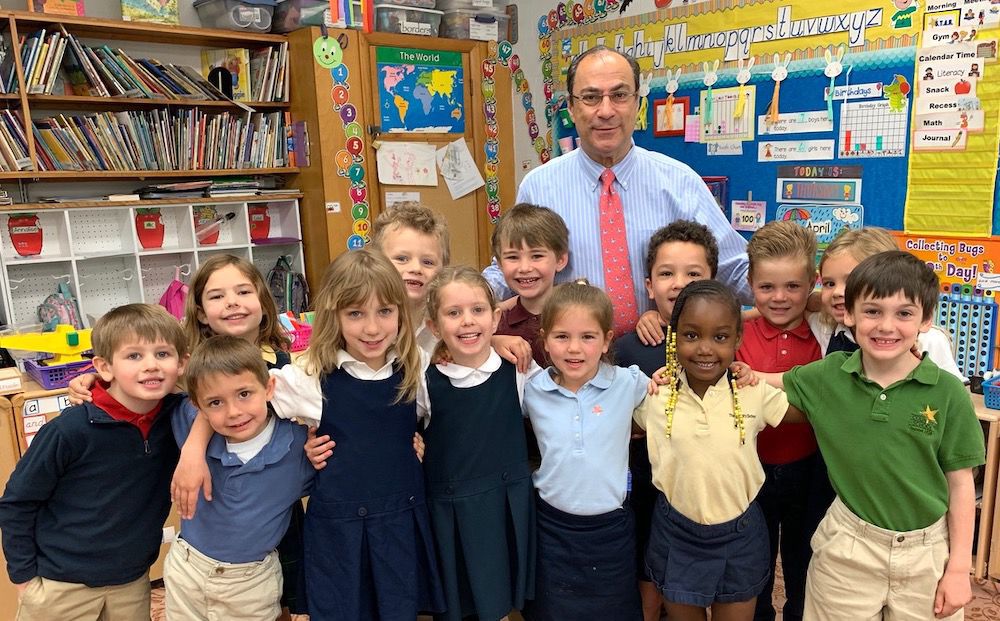 The Country School’s Mr. Mufson, pictured here with students, steps down after leading the school for 30 years. 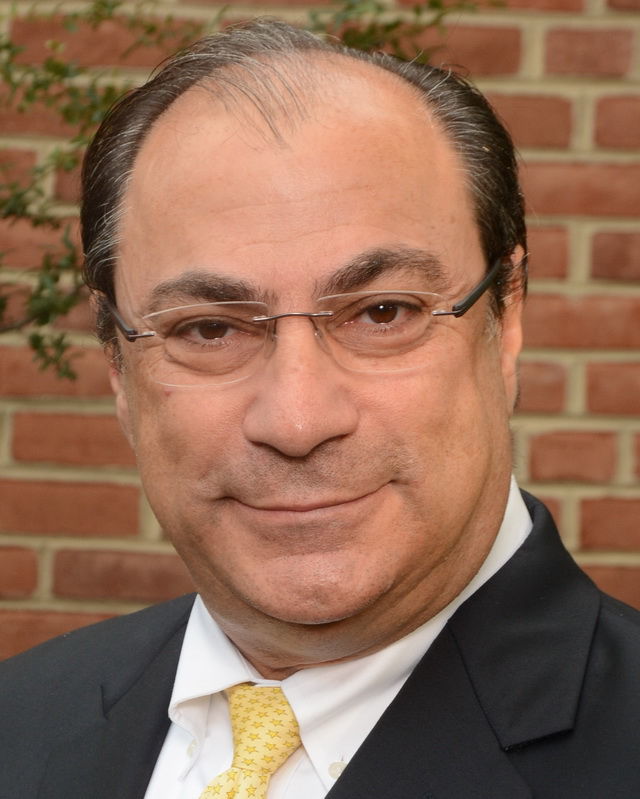 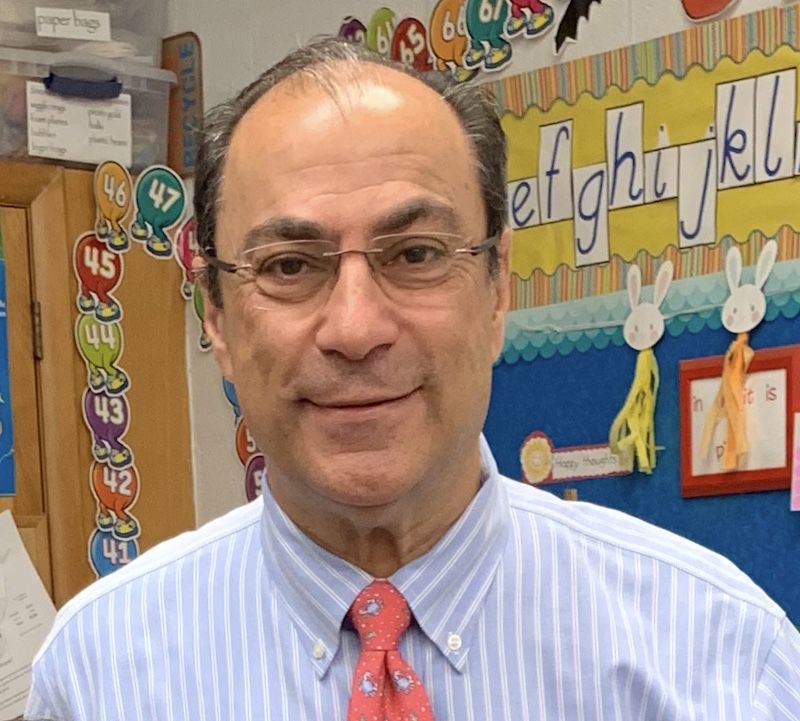 Neil Mufson, head of the The Country School in Easton, will retire at the end of the 2019-2020 school year.

The Country School’s Mr. Mufson, pictured here with students, steps down after leading the school for 30 years.

EASTON — The head of The Country School in Easton is retiring this month after 30 years of service in that position. Neil Mufson, who greeted each student with a handshake and his or her first name at the front door of the school every morning, led with a kind and relaxed demeanor. In a recent interview, he reflected on his three decades of service.

Mufson’s career in education spanned 40 years, from his start as a new college graduate teaching high school English in Massachusetts, to teaching middle school in New Jersey for three years after finishing a graduate degree in counseling and psychology, before beginning his administrative career as the head of a middle school in Nashville for five years, and finally to The Country School in 1990.

“I wanted to make a difference for kids,” said Mufson, who saw he was having a positive impact on kids when teaching, but wanted to have a chance to impact a whole school community. “It’s the desire to make a difference and help people make the most of the resources that we can make available and set a high standard so that people feel really good about achieving significant goals,” he said of what drew him to a leadership role.

Mufson believes he succeeded. “What I helped create was a culture that provided a joyful, engaging and developmentally appropriate atmosphere that nurtures kids and challenges everyone and helps them be their best selves, but that is very much rooted in doing what is best for them,” he said.

The school has changed in many ways during Mufson’s time at the helm, including the a significant physical expansion of a new Upper School wing that opened this year, a development obvious to anyone passing by the school’s location on Goldsborough Street (the TCS Board named the structure the Neil Mufson Building).

Other changes are not so obvious. Mufson said when he arrived, the school had a great basis in solid, traditional education techniques, which has been augmented to include project-based learning, that goes beyond content to address the process. He said students now learn what a growth mindset is, and they get frequent opportunities to collaborate. “I don’t think that is going to go away,” said Mufson as he used the example of a first grader who will enter the workforce where seven out ten kinds of jobs do not even exist yet.

“Creativity is a very important skill to develop, as the world is going to demand that people adapt and react proactively to novel situations,” said Mufson, who believes that the exponential pace of change means kid are going to have to be “highly adaptable,” which he sees as further reason kids should have time to play on their own, and learn to solve problems and conflicts.

“I think The Country School will always provide a very strong foundation of skills, but will always focus on the process of learning and also focus on character,” he said. Mufson pointed to the announcement from Harvard University that it will no longer use the SAT, stating that is emblematic of a changing environment. “What well educated means now is different than what it meant in 1990,” he said.

“The school itself has to model the lifelong learning that is expected of teachers and students,” said Mufson, who said that TCS’s philosophy of curriculum development is evolutionary rather than revolutionary, meaning adopting smart advances in learning while keeping proven and effective methods.

Mufson emphasized small class size as being what allows teachers to give the needed amount of individual attention, stating, “That would be the most meaningful educational reform.” He said the K-8 model of a school is ideal because, “Every individual can be known, feel valued, and play a role in making the school what it is.” Typically, middle schoolers get very little attention, according to Mufson, who advocates that it is healthier for students to grow up in an environment where they are actively nurtured during that crucial age.

Mufson said in his experience, hiring teachers is the most important leadership task due to the large amount of time that teachers spend with kids.

“A teacher has to be a life long learner and have a desire to tinker with what they do to constantly improve it — but the improvement has to be based in a very firm grounding in child development, on the subject area, and then on intense dedication to the mission of the school and to meeting the needs of every learner in the classroom,” said Mufson. “To really get through to kids, a teacher has to be appealing, but there’s no one formula for that,” he said as he explained that while not every kid has to love every teacher, there should be multiple staff members in the school that a student “clicks with.”

Mufson said that the best advice he could give parents and families raising kids is to foster a consistently supportive and understanding environment that allows children to make mistakes. “Good parents are reasonable in their expectations,” and they are receptive to kids’ input about what is important, which can be difficult in light of parents’ ideas of what success means.

Children should not always be completing a preset regimen, said Mufson. “It’s critically important to let kids have downtime. Kids need time to just be kids, and they need to develop a reasonable amount of independence, because with that comes confidence.”

Mufson said over the years, he has seen parents change and become hyper vigilant at the expense of letting their kids explore and take chances.

The biggest challenge facing children in his estimation is the pressure that modern life exerts on families, making it difficult for parents and caregivers to give the necessary attention to children. “Economic and societal conditions have made it very difficult for parents to offer the healthiest kind of support to their kids on a daily basis,” he said, pointing to the modern world that is often busy, stressed, polarized and disconnected from community. “Childhood is not respected,” he observed.

Parents, like educators, must recognize technology is a tool, not the final objective, said Mufson, who said the current status quo of the fear of school violence is damaging for kids. He said this year’s COVID-19 has made it clear that kids need to be taught to do a better job of planning for the future, like conserving the environment.

Mufson’s plans for the future, at least the next year of it, include moving to Portland, ME, and doing some self-paced consulting work as he resets and considers what other ventures might be next.

He has travelled to a small island in the area every summer for 35 years. “I’ve always loved going there, it’s very restorative,” said Mufson, who is, “looking forward to shifting into a lower gear for a while,” as he enjoys the vibrant local culinary and cultural offerings. “It’s a cool place.”

The shift to an online learning model in response to the COVID-19 pandemic was not anticipated, but Mufson said he has learned life is unpredictable, and as a result he did not spend time being upset about it.

While he was disappointed to not be able to say goodbye to everyone personally, Mufson said, “During the course of my career people have always been great and generous about expressing their appreciation for the school or something that I’ve done.”

“I’ve carried a great deal of intrinsic satisfaction along with doing the job that I do,” he said, and is most disappointed about missing out on things he had planned for the kids.

With the administrator’s ongoing mission of making plans and addressing concerns, Mufson said he has, “never had a day when I’ve been bored, ever.”

As he considered the lives and careers that he has impacted and helped to develop, Mufson said, “In the overall scheme of things, I’ve had an incredibly satisfying and fulfilling career.”