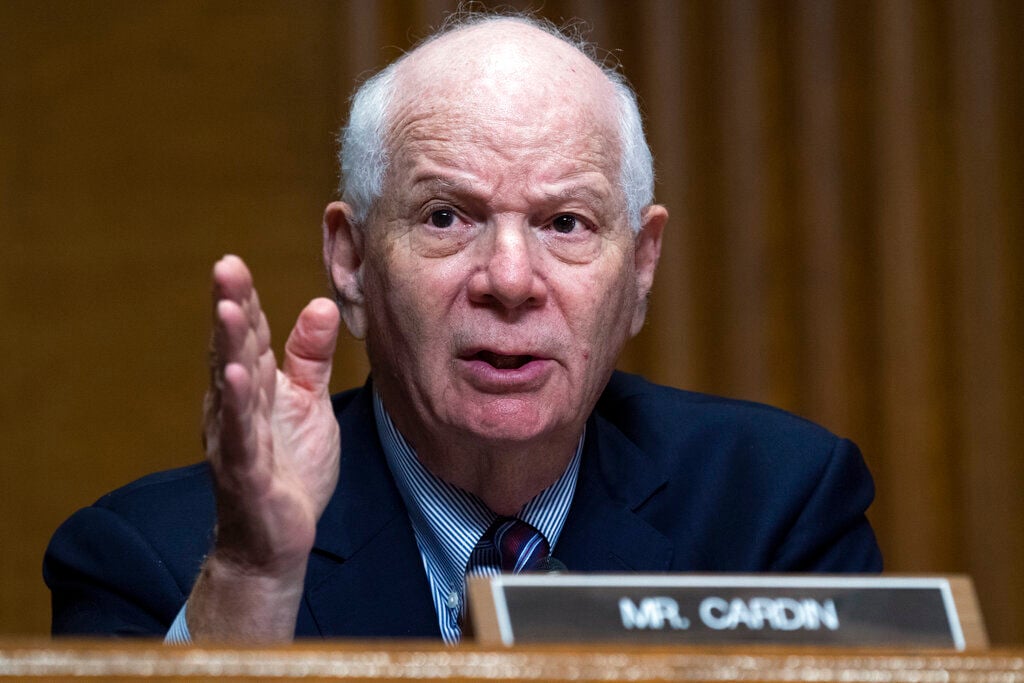 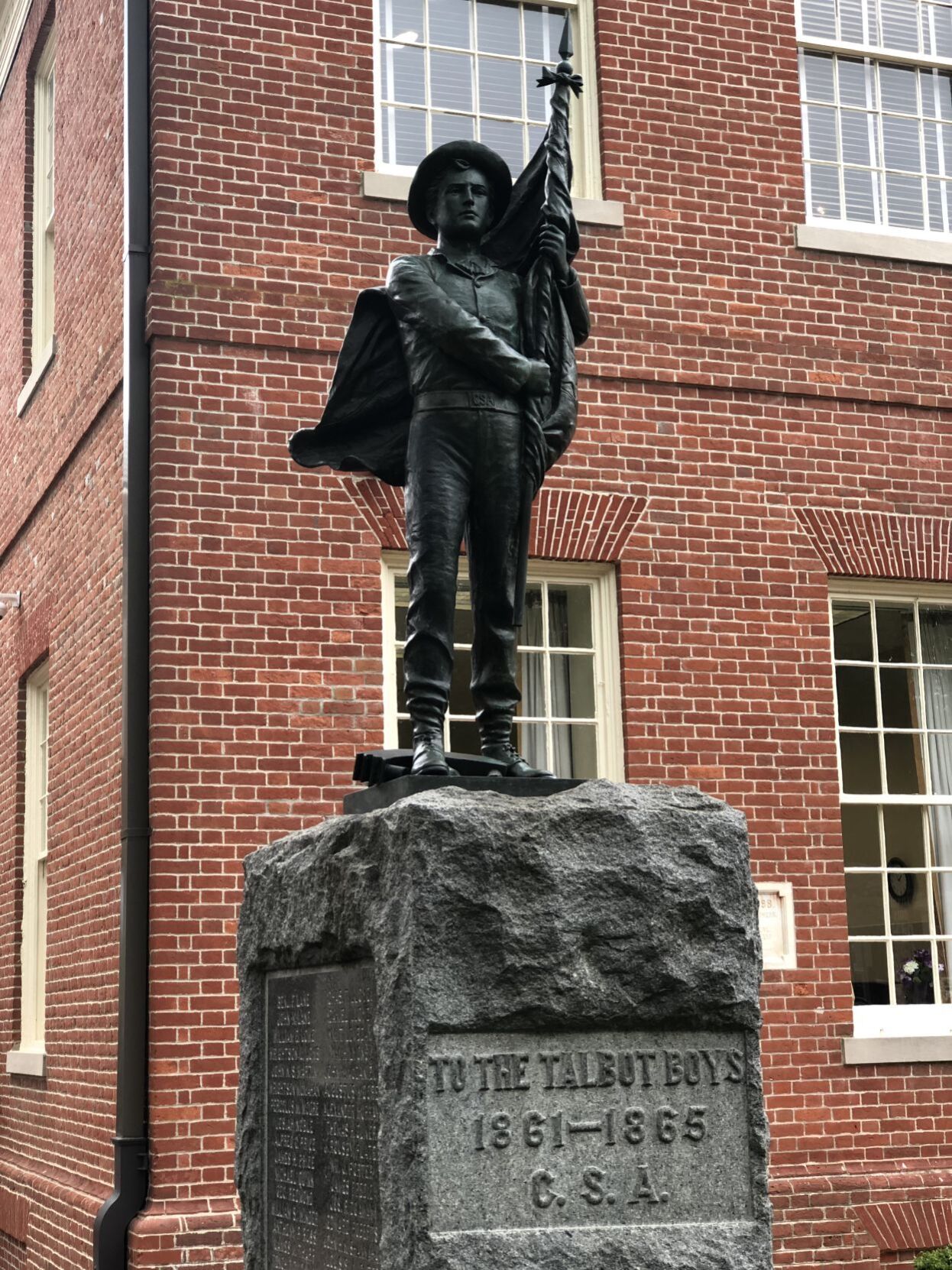 The Talbot Boys statue in Easton on the Talbot County Courthouse lawn.

The Talbot Boys statue in Easton on the Talbot County Courthouse lawn.

U.S. Sens. Ben Cardin and Chris Van Hollen, both Democrats, are part of a renewed push to remove the Talbot Boys memorial which was erected on the courthouse lawn in Easton in 1916.

The Talbot County Council rebuffed an effort last year to remove the statue which honors local residents who fought for the Confederacy in the Civil War. That has not stopped advocates for the statue’s removal from continuing to press their case.

The NAACP and American Civil Liberties Union have filed a federal lawsuit against the county seeking the statue’s removal from public property at the courthouse. They argue the monument is symbol of white supremacy and its location on the courthouse lawn violates the equal protection clause of the 14th Amendment.

“I would encourage local officials to reconsider their votes and remove the Talbot Boys statue. America does not need public monuments to men who fought against our nation. Marylanders can learn about history without the Talbot Boys statue or any others honoring those who sought to tear apart our union,” said Cardin in a statement to The Star Democrat. “As a nation, we are acknowledging that systemic racism and inequality continue to this day. Removing hurtful symbols is a strong step in setting new precedents of inclusion and equality for our state and our country.”

He will be be part of a virtual event put on by the Talbot County NAACP and the Move the Monument Coalition on June 14. The event is a precursor to a march and rally against the Talbot Boys in Easton on June 19.

Van Hollen pressed for the Talbot Boys removal last year before the county council vote 3-2 not to remove the statue.

He continues to press for the Confederate statue’s removal.

“This Confederate monument, erected over 50 years after the Civil War ended, serves as a constant and divisive reminder to residents of the legacy of slavery and those who fought to preserve it,” Van Hollen said in a statement to The Star Democrat. “It is wholly incompatible with the mission of the Talbot County Circuit Court to provide equal justice under the law. I stand with the Talbot County Branch of the National Association for the Advancement of Colored People (NAACP) in calling for the removal of this statue.”

Advocates for the Talbot Boys removal welcome the U.S. senators support hoping it will help elevate attention to the issue and add pressure on the county to remove the statue. Talbot Boys detractors see the statue as a symbol of slavery and white supremacy. They note the site of the statue and the courthouse was near a former slave market.

Proponents for the keeping the statue — including the Preserve Talbot History group — contend the memorial has historical significance.