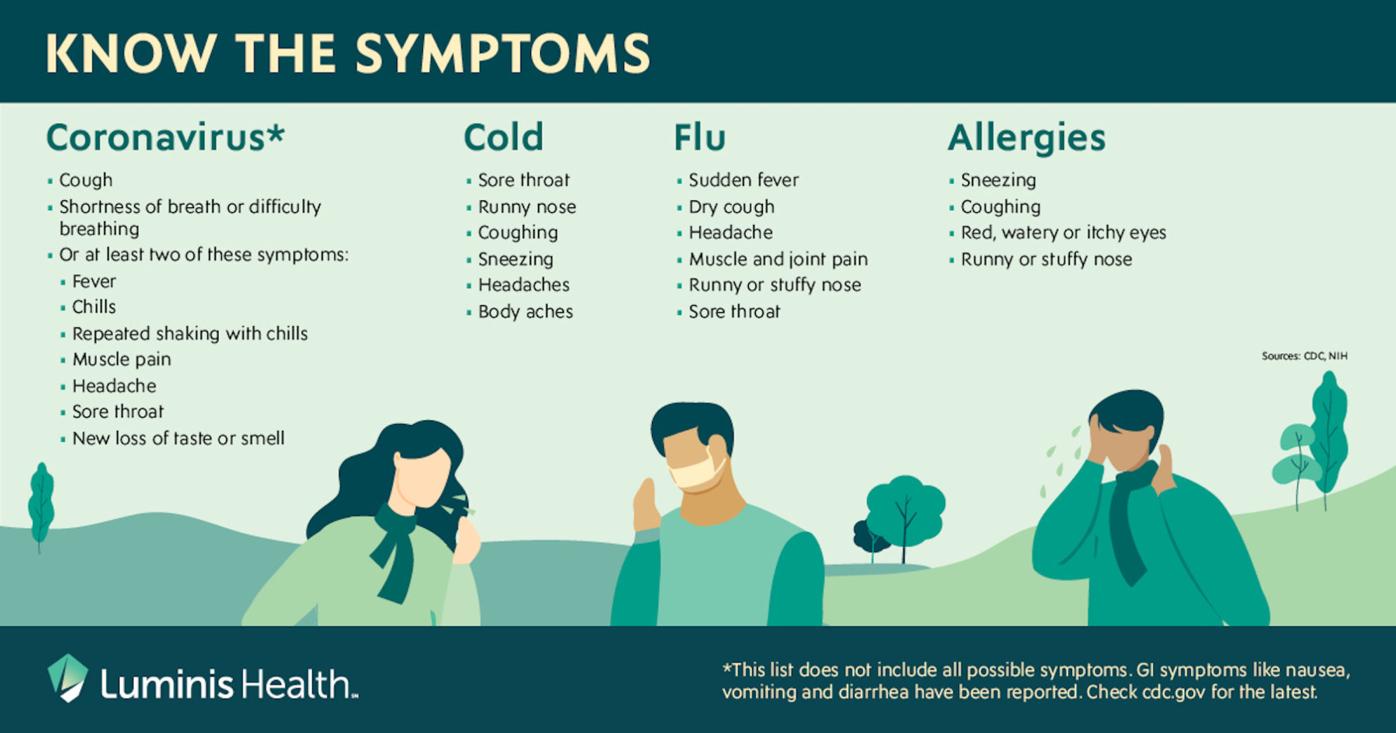 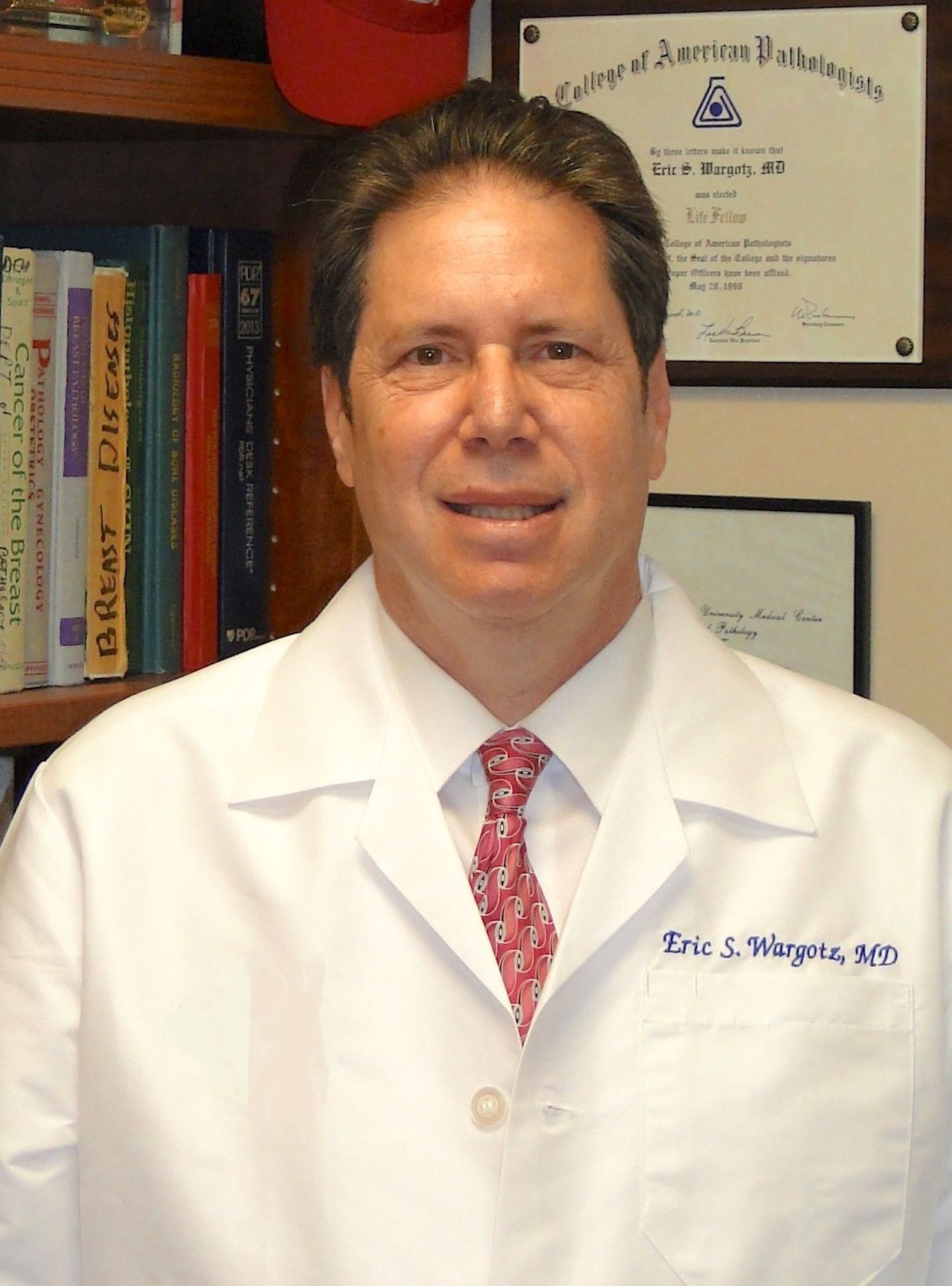 GRASONVILLE — Last winter, as Americans stayed home with a heightened awareness of COVID prevention strategies like social distancing, mask wearing, and hand washing — the flu, a benchmark infection of the colder seasons, was practically nowhere to be found.

According to the Centers for Disease Control and Prevention (CDC), from Sept. 27, 2020 to April 24, 2021, there were 2,038 reported influenza cases, a significant decrease from the agency’s 38 million cases prediction the year before.

Now, with schools back in session, COVID vaccines available to a more out-in-the-open public, and confusion surrounding the Delta variant’s potency, best practices going into the flu season and speculations of its severity are muddied.

Admitting he has a “cloudy crystal ball,” but considering the course of past pandemics, Dr. Eric Wargotz of Grasonville suggested, however, that this year’s flu numbers may be similarly low.

“But you have to understand the caveat: it’s ‘probably.’”

Wargotz is senior staff pathologist, medical laboratory director and chief of pathology, emeritus, at Luminis Health Doctors Community Medical Center and a clinical professor of pathology at the George Washington University School of Medicine. He explained that because the influenza virus and the more prevalent COVID-19 virus are competing for different receptors across the same respiratory mucosal cells, there may be a “blocking” effect that stops the flu from spiking across the population, an idea supported by epidemiological research.

For instance, a 2020 study published in The Lancet Microbe, “Interference between rhinovirus and influenza A virus,” concluded that viral interference – or blocking – could prevent infection and “possibly affect the course of an epidemic.”

As for concerns related to the Delta variant’s first winter, Wargotz didn’t suggest any additional cause for worry, saying that the issue with Delta is not that it cause more harmful symptoms in patients, but that because the variant reproduces faster, it spreads its viral particles more easily.

Also, in terms of the variant’s strength, Wargotz explained that as viruses mutate, they generally tend to become less lethal.

“They cause more infection and illness, but they’re usually less deadly,” he said. “And what we’re seeing with Delta follows that.”

Though Wargotz recommended vaccination for anyone who consults their healthcare professional, as well as “the most vulnerable” members of the population, referring to older or immunocompromised persons, he said that the research thus far indicates that the vaccine provides no additional benefit for people who’ve already tested positive for COVID and have developed their own natural immunity to the virus.

“There is no evidence thus far that vaccinating somebody who has natural immunity from having already had a COVID-19 infection, that there’s any benefit from it,” he said.

To contextualize and fortify his point, Wargotz referenced the early stages of the Revolutionary War, when 90 percent of the Continental Army’s deaths were caused not by battle, but by disease – and more specifically, smallpox. According to an article from the John W. Kluge Center at the Library of Congress, both Benedict Arnold and Benjamin Franklin feared that the virus “would be the army’s ultimate downfall.”

Witnessing the chaos and sensing the same necessity, George Washington ordered the mass inoculation of his army, a mandate much less practiced in America at the time than it was in Europe. The decision, once fully implemented, curtailed the virus’ chokehold on Washington’s forces.

Wargotz emphasized that “it’s extremely important to note” how Washington, by not inoculating his soldiers who’d already had the disease, recognized the importance of natural immunity.

Nearly two years since the first case of COVID-19 was reported in China, Wargotz said this mentality should be the same force driving the push for vaccination: vaccinate the most vulnerable, but not those with documented proof of prior infection.

“A vaccine is only as good as you coming in contact with a disease. You have to have an infection for a vaccine to work,” Wargotz said. He added that while vaccinations don’t currently appear to benefit once-positive people, there’s no proof they harm them either, beyond the “rare side effects” possible with any vaccine.

Going into the winter, officials at all levels of government have promoted the vaccine as a foremost method in reducing hospitalizations. Most locally, the Queen Anne’s County Board of Commissioners, considering the burden nursing shortages have placed on nearby hospitals, encouraged vaccinations as a way of best ensuring timely healthcare for citizens.

According to the Queen Anne’s County Health Department, as of Oct. 1, 57.52 percent of the county’s population has been fully vaccinated, and just over 61 percent have received one dose.

“You know, the world has really pulled together and met the challenge to some degree,” Wargotz said of the focused, globalized effort to produce an efficient vaccine. “Because the vaccines are still effective against the two major variants right now, the original and then the Delta.”

With his endorsement, Wargotz’s definition of effective, the doctor made clear, was in the vaccine’s ability to prevent severe illness, hospitalization, or death in older COVID-19 patients, not in stopping the transmission of the virus amongst the general population.

“If you’re vulnerable, you should reduce your probability of getting very sick by getting the vaccine,” Wargotz said. “It can be helpful for everyone else in reducing your risk, but know that the younger you go, the less is your risk of severe illness, hospitalization, or death.”

This rationale was cited by the CDC as one of the main reasons the agency issued new masking guidance on July 27, recommending that fully vaccinated people wear masks in “public indoor settings in areas of substantial or high transmission.”

“Our vaccines are working exceptionally well,” CDC Director Dr. Rochelle Walensky told Wolf Blitzer in an Aug. 5 interview. “They continue to work well for Delta with regard to severe illness and death. They prevent it. But what they can’t do anymore is prevent transmission.”

Wargotz, in speaking with The Bay Times, mentioned Walensky’s CNN appearance, saying that the messaging related to the vaccine’s purpose “has been really poor.”

“These are the facts. They never [prevented transmission],” Wargotz said. “But somewhere, the messaging from our government, from our federal, state, local officials, as well as many health policy advisors kept saying [the vaccine] prevents infection.

“It wasn’t with great clarity and maybe I’m being too generous,” Wargotz continued. “But what they’re really saying is it prevents serious illness from a virus.”

The national emphasis on testing and vaccination – including Walensky’s Sept. 24 reversal of a CDC panel’s decision not to endorse booster shots for health care workers – contribute to what Wargotz described as the country’s “over the top with adrenaline” approach in handling this strain of the coronavirus, which, as a general term, encapsulates hundreds of thousands of illnesses, including the common cold.

“We have gone really, very full bore with COVID testing,” Wargotz said. “We don’t do this with flu testing. We don’t do it with any other kind of cold virus. If you did, you’d probably find that the numbers are very similar.”

A study published in the Sept. 30 issue of the European Journal of Epidemiology looked at COVID-19 cases across different weeks in 68 countries with second dose vaccine data available and 2947 counties across the United States that reported fully vaccinated population data. At both the county and country levels, it concluded that there was “no discernible relationship” between the number of fully vaccinated people and the amount of new COVID cases.

In fact, the study found that highly vaccinated populations like those in Iceland and Portugal – each with over 75 percent of their citizens fully vaccinated – had more COVID cases per one million people than countries like Vietnam and South Africa, whose vaccination numbers ranged closer to 10 percent.

The researchers also suggested that “the sole reliance on vaccination” as a mitigation strategy “be re-examined” when considering the fact that variants, including Delta, have different, mutated spike proteins than those the vaccine is prepared to counter.

“Counts of positive cases are meaningless in real life scenarios,” Wargotz said. “We haven’t mass tested for any other virus as it makes no sense, and no measures could possibly affect spread of a respiratory virus in any statistically significant manner.

“Those with severe illness [and in ICU care] is the number the world should be looking at to track severity of the pandemic.”

As of October 1, there are eight confirmed COVID-related hospitalizations in Queen Anne’s, according to the county’s Health Department. Details as to the severity of those hospitalizations were not available.

When asked about his advice going into the winter, Wargotz stated: “you need to discuss your vulnerabilities to COVID-19 with your personal health care provider if you are not yet vaccinated. If it’s recommended that you get vaccinated, you should get the COVID-19 vaccine.

“In terms of the flu vaccine, the influenza virus causes most severe illness in an identical high-risk group: those who are immunocompromised; those who are over 65; and those who have a previous history of respiratory illness.

“It is important to discuss with your personal health care provider whether the flu shot is right for you, and take that advice seriously.

“All those who want to get a COVID -19 vaccine and a flu vaccine should get it if they are eligible. The vaccines provide that extra measure of protection against developing severe illness, hospitalization, or death from either disease.

“The only caveat is that if you have had a documented COVID infection (by a positive test and/or a positive antibody test), you do not need the vaccine for additional protection. However, if you still wish to get the COVID-19 vaccine, there appears, according to current research, to be no harm in doing so – even though its benefit for those with natural immunity is not yet proven.”

Luke Parker is a journalist and award-winning film critic covering government, schools, crime, and business. To send a tip or question, email lparker@chespub.com. For updates, like Luke Parker — Journalist on Facebook or follow him on Twitter: @lparkernews

"The issue with Delta is not that it cause more harmful symptoms in patients, but that because the variant reproduces faster, it spreads its viral particles more easily." Dr. Eric Wargotz

"As viruses mutate, they generally tend to become less lethal. They cause more infection and illness, but they’re usually less deadly, and what we’re seeing with Delta follows that.”