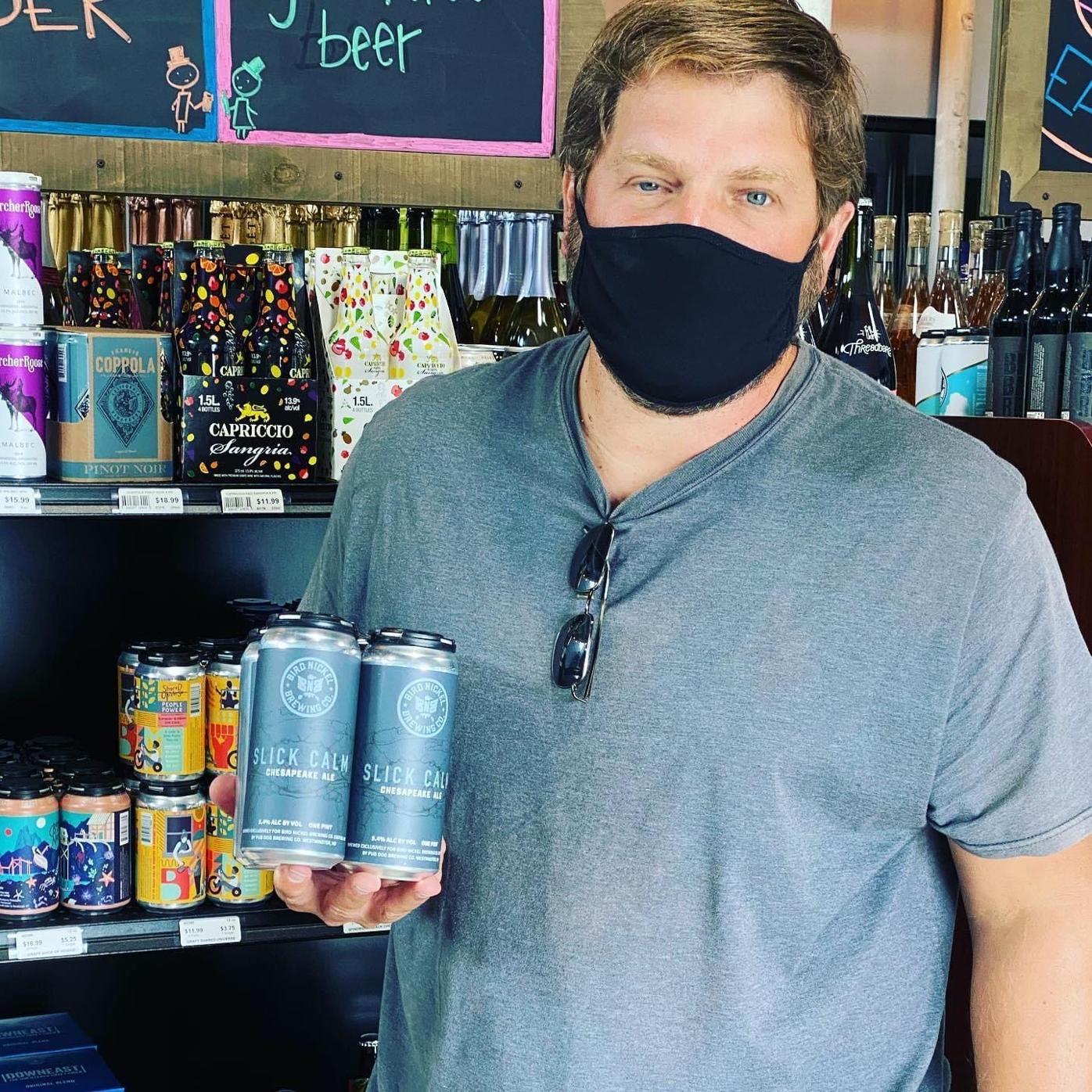 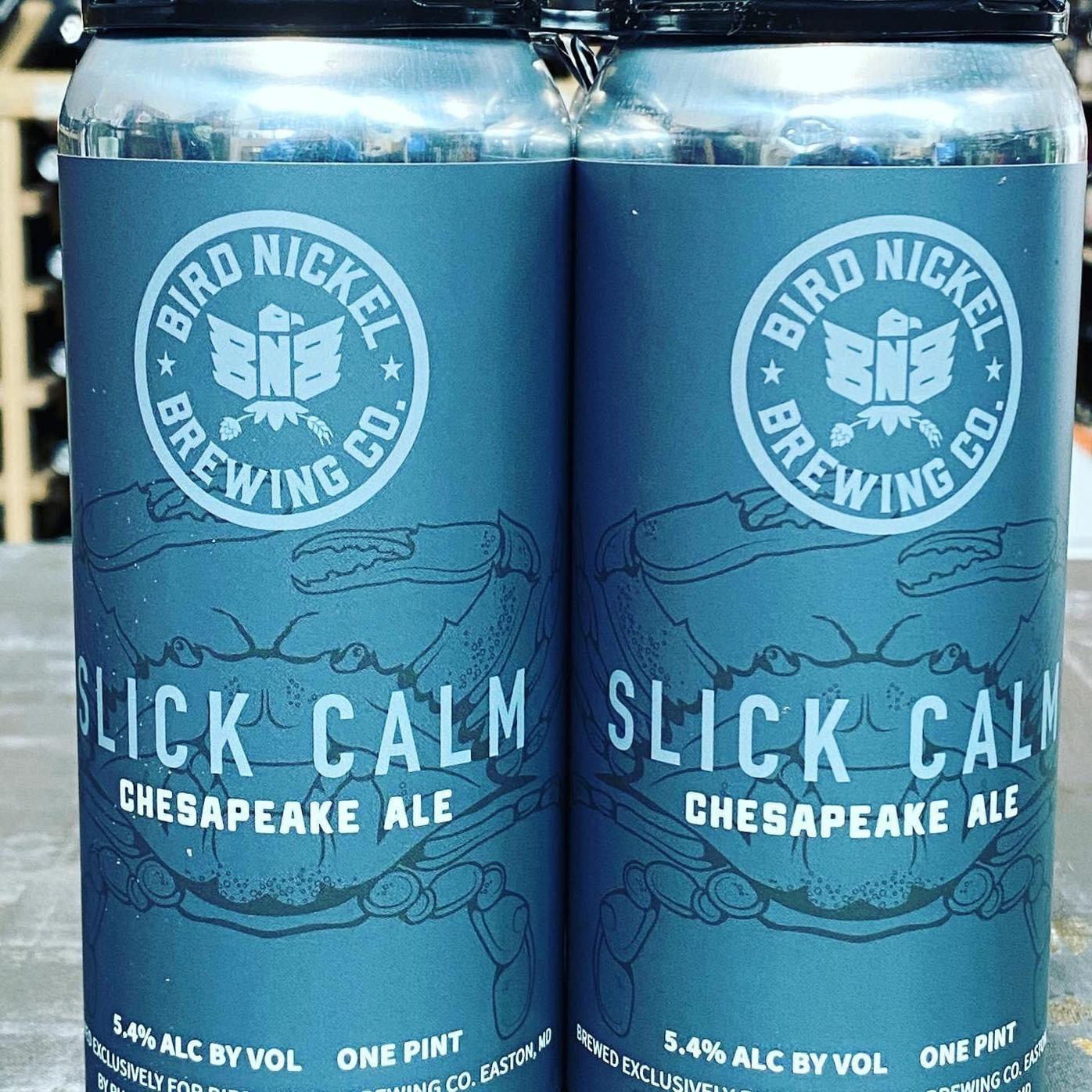 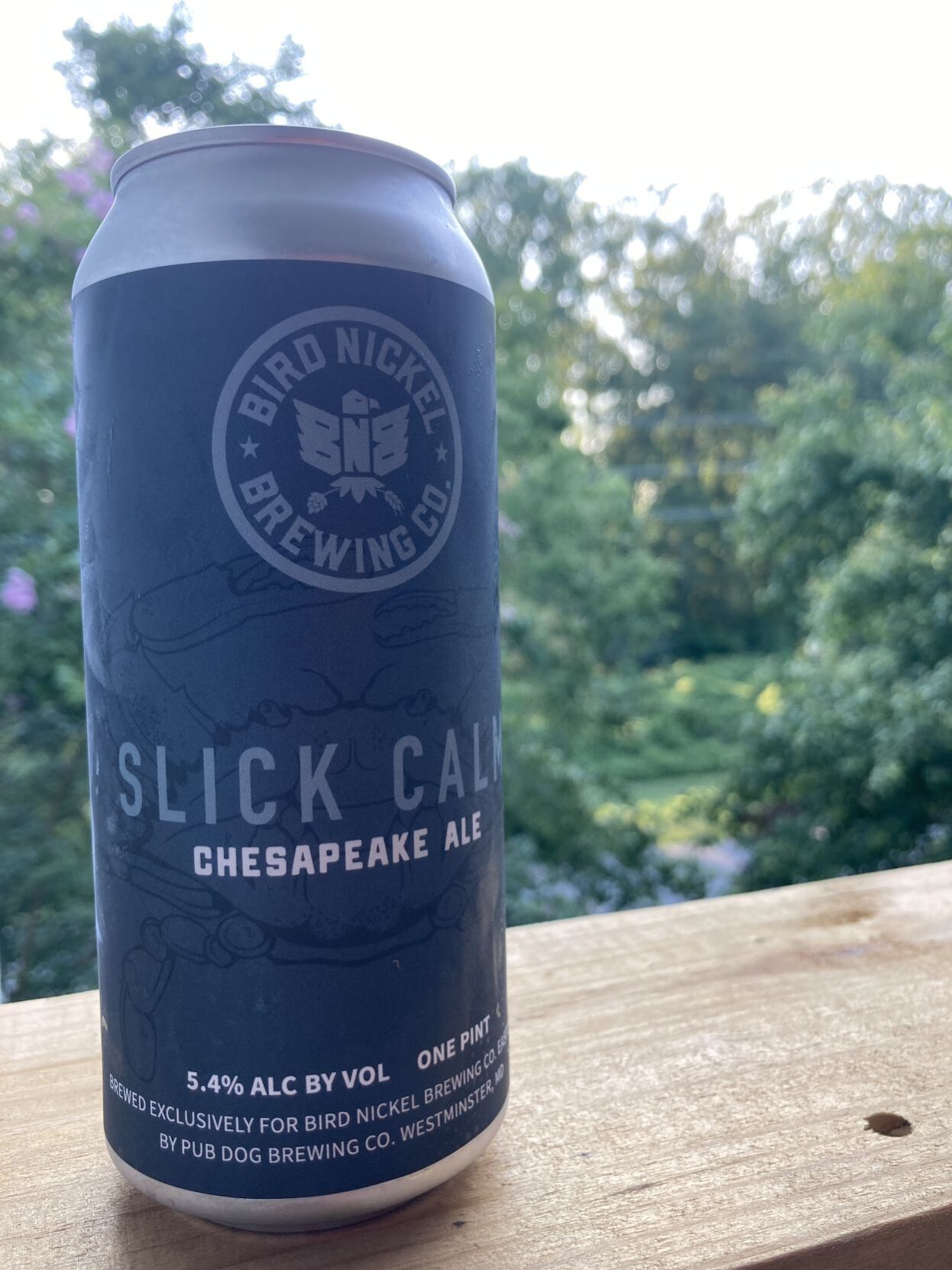 An Easton native and resident, he’s brewed beer at home for 10 years as a hobby. But recently, it turned into more than just a hobby.

Greene brews many different beers at home, and had many to pick from to release. He chose Slick Calm, a cream ale, because he didn’t want his first release to blend in with the wide variety of India Pale Ales typically available at liquor stores, and because he felt Slick Calm is a beer everyone can enjoy.

“It’s an everyday beer,” Greene said. “It’s a beer you can have on the boat, on the beach, golfing, whatever. I wanted that for this area. I wanted a craft beer that people can relate to around here. I think even people that drink Budweiser can probably appreciate it.”

Greene started making this cream ale five years ago. He wanted something light and smooth that could cleanse a beer-drinker’s palate after drinking more hoppy selections. He’s enjoyed many cream ales, but thought he could put his own twist on it. He researched basic recipes, before deciding to add rye. He thought the rye gave the beer a little kick without introducing overwhelming hops.

“The Rye whiskey industry was big in Maryland. So I was like ‘That’s kind of cool, I can kind of relate it to Maryland,’” Greene said. “Plus, cream ales were brewed in the Mid-Atlantic, so I just thought it was a good beer to have. I brew it every once in a while just to have a light beer. So I decided to make it because, again, it’s accessible to everybody. And it reminds me of the region and the area.”

Greene is based in Easton, but doesn’t own a brewery yet. He brewed his beer at Pub Dog Brewing Co. in Westminster.

In its first week, Slick Calm has sold well. Greene sold one-third of his entire product. Hair O’ The Dog received 13 cases (with six 4-packs in a case) on Aug. 6, and by Thursday, Aug. 13, the store sold 12 and a half cases. For context, Hair O’ The Dog HOPtical Solutionist Sean McKay said he’d sell about two cases a week of more popular, brand-name beers.

Greene is primarily selling the beer in Easton, although he’s sold to places on the western shore as well. He’s beginning to expand to other areas on the Eastern Shore.

Greene has spread the word about Slick Calm through social media. But McKay, who knows Greene well, said word of mouth has been important as well.

“I think Doug has a pretty good following in town,” McKay said. “He knows a lot of people, he’s given a lot of people homebrews in the past, so everybody kind of knows what to expect. It’s all great beer.”

Brewing is still a part-time job for Greene. He works for the federal government for his full-time job.

Greene, almost 49, has worked in the environmental and mental health fields professionally. But his love for craft beer drew him to homebrewing in 2009. He likened beer-brewing to cooking, both in the way he tweaks with different recipes and in how it allows him to create things for others to enjoy. He called himself ‘half-mad scientist, half-cook,’ referring to the constant tweaks and experimenting he does with his beers.

Greene said he’s brewed over 130 batches of beer at home, but wasn’t sure how many different beers. But many styles are represented: he’s brewed sour beers, west and east coast IPAs, New England IPAs, Hazy IPAs, stouts, porters, and more. He’d share his home brews with a small circle, usually no more than 10-15 people.

He later entered some competitions, including the National Homebrew Competition, for which he once qualified for the playoffs. But competitions required a lot of planning ahead, so Greene decided to stop competing and just brew at home for his small circle. Under Maryland law, he couldn’t sell his homebrews without obtaining a license.

Still, his friends and family who tried the beer consistently praised it and told him he could enter competitions or sell it. There wasn’t one specific moment that made Greene realize he could actually go public with it, but it just hit him while brewing one time: he was having fun.

“Things go wrong (while brewing). You spill something or you don’t hook something up all the way. I’ve also had third-degree burns on my shoulder from something I was doing one time and it spilled all over me,” Greene said. “You’re in pain, but you’re still doing it. And I realized after that, the whole time, even when things aren’t going well, I’m still happy inside. I’m still like ‘This is awesome.’ And that’s when you kind of know like ‘Wow, I could probably do this.’”

From there — Greene estimated around early-to-mid-2019 — he started taking the next steps. He found a storage facility in Denton for his product, and he established Bird Nickel Brewing Co. — which is still a one-man operation.

The name Bird Nickel came from a phrase he repeated when he was five years old. The story stuck with him, and he thought the name was unique. Slick Calm Chesapeake Ale was named for the watermen and boating term referring to smooth and calm waters.

He hired a designer recommended by a contact from the Brewers Association of Maryland to design the Bird Nickel logo and the Slick Calm can. Greene gave the designer input for both. He wanted the logo to be an eagle that resembled a Native American-style totem pole, with ‘BNB’ comprising the body and wings of the bird. And he wanted the can to be a modern, slick design that didn’t cast the beer as a seasonal beverage. The designer took the input and created many options for Greene to pick from.

There are plenty of local beer options brewed across the Eastern Shore, but Slick Calm is the only Easton-based beer currently available. That distinction is meaningful to Greene.

“I’m humbled by it, in a lot of ways,” Greene said. “I’m happy, of course: people like it, it makes me feel good. But I’m not walking around like I’m a badass or anything. I’m like ‘Cool. This is cool.’ Just getting positive feedback is good for me. I don’t need parties and parades. I would love to give back to the community. That’s a big part of my vision is to keep everything local, try and source things locally, and be a part of the community, and give back when I can. It’s important.”

Part of his vision of being an active community member with his beer is opening a brewery. Greene has eyed a brewery and taproom in Easton for some time, but ran into roadblocks both personal and logistical. And he wanted to release a beer for sale before opening an establishment, to get his name and product out so people would have more of a reason to go to the brewery.

Now, he feels, is the right time to start that process. He’s working with a financial advisor to find a location and cut through the necessary red tape to make it happen. He envisions opening a store by fall 2021. He’s concerned what impact the COVID-19 pandemic would have with capacity restrictions for a new brewery trying to establish its atmosphere, so he’s not in a rush to open a place.

When he opens a brewery, he intends to hire a professional brewer so he has more time to manage the business. Greene knows it will take time to establish a taproom and set up the business, but feels there’s demand.

“Easton’s kind of dying for a brewery,” Greene said. “I think the people want it, and I want to be that person to open something up here like that. And really, it’s about being part of the community. I think breweries get a bad name sometimes, they get a bad rap. I’m not going to be open until 1 a.m. and have trash everywhere. It is a craft beer scene, and I’d like to keep it that way. But I also want to be a positive part of the community. That’s really important for me.”

And as shown by the early success for Slick Calm, the community has already been receptive to Greene’s beer.

“Doug’s a great guy, so it’s good to see that he gets product up on the shelf,” McKay said. “And it’s definitely liked.”