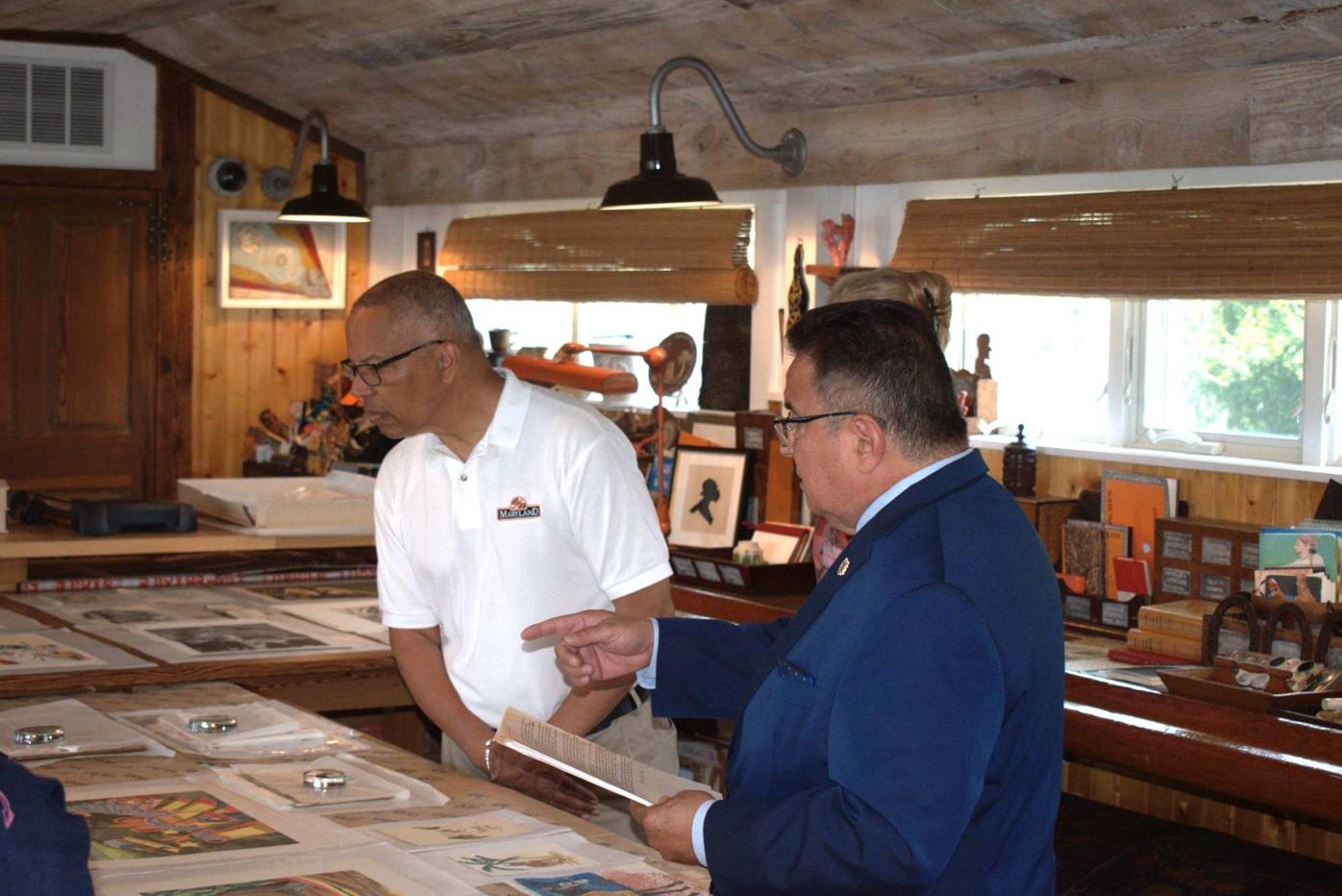 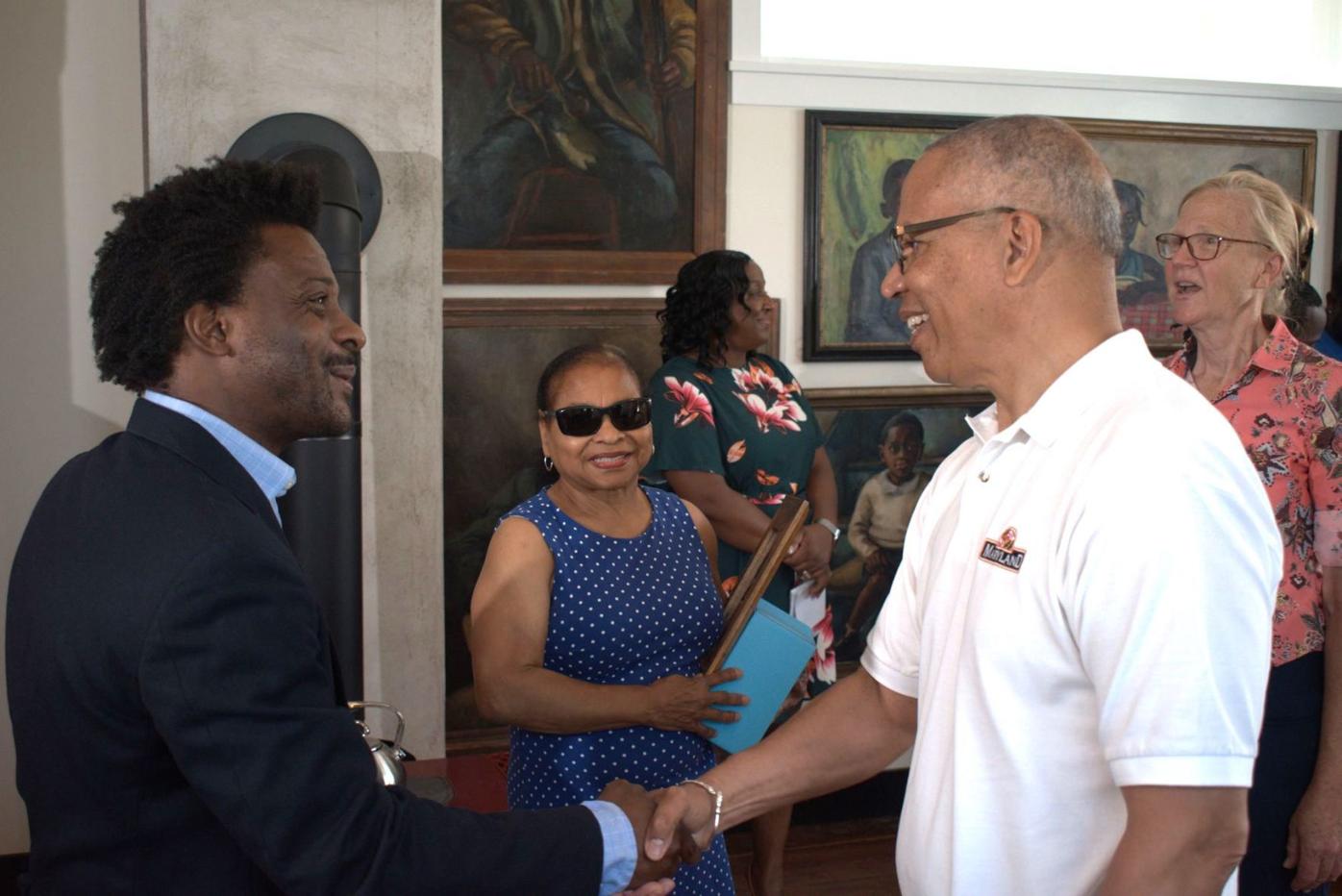 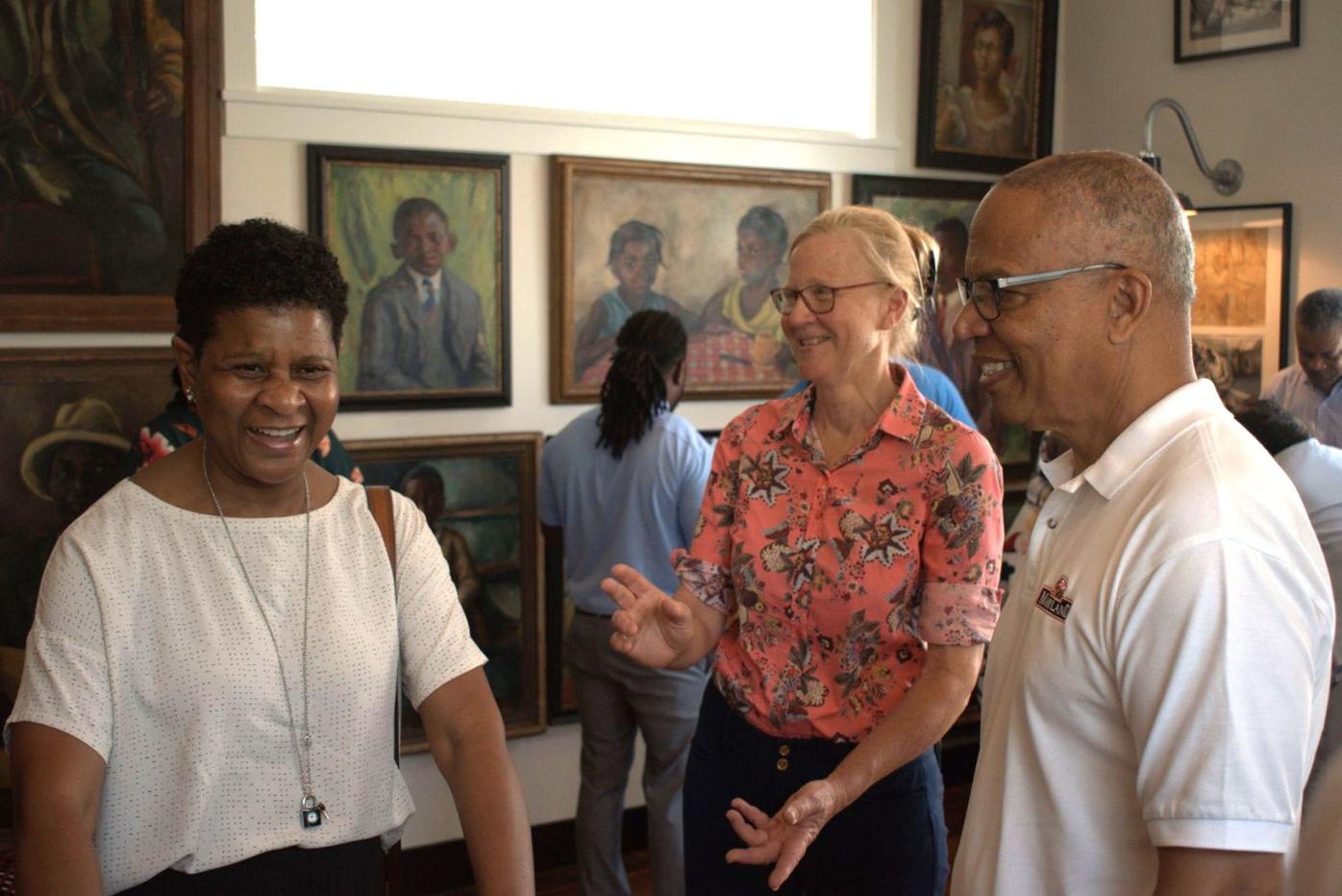 Rutherford toured museum grounds following tour guides Paca and the descendants of one founding family, the Moaney-Henrys. He examined artwork and said he connected with one painting, a portrait of a Moaney-Henry with a hunting rifle and duck decoy.

“It shows that people could making a living and take care of their family, because you could acquire your food by hunting or fishing,” he said. “For people on the Eastern Shore, this is part of their history. ... When you come in, you can see the link to the families and what was being portrayed at the time.”

The museum boasts nearly 200 paintings, artifacts, memorabilia and books from African-American families on The Shore. During the Lt. Governor’s tour, some descendants of the Moaney-Henrys teared up as they described how impactful it was to see their ancestors captured in a strong and dignified way.

“We’re looking to share information about the history of the Eastern Shore and its relevance to Maryland and the contributions of African-Americans,” said Candace Henry, one of the tour guides. “Today is a really good way to not only demonstrate on The Shore what we are all about, but to see how we can use the rich history to improve our schools and communities around us.”

Rutherford’s visit follows Maryland First Lady Yumi Hogan’s in-person tour less than a month ago. But Rutherford said he first heard of Paca’s museum five years ago, when she was still designing and constructing it. He also visited the museum in a virtual grand opening ceremony in February.

“This was the first opportunity to come down and actually see the museum,” he said. “It was good to see the way that the paintings are displayed and the connection to the families of the area.”

Paca said Rutherford’s visit was important in getting the message out about the museum and the history of Black families on The Shore.

“People talk about the power of (African-Americans), but it’s not just power — it’s bravery,” she said. “It’ just a wonderful thing to see how selfless (the families) are in telling the story to people, and it’s mandatory that people experience this.”

Rutherford’s connection to the paintings of his family meant a lot to Garnell Henry, who said he was delighted to have the opportunity to give the Lt. Governor and other state officials and members a tour.

“During this time of so much division,” he said, “to see everyone come together for the same cause and same purpose — it was a powerful moment.”