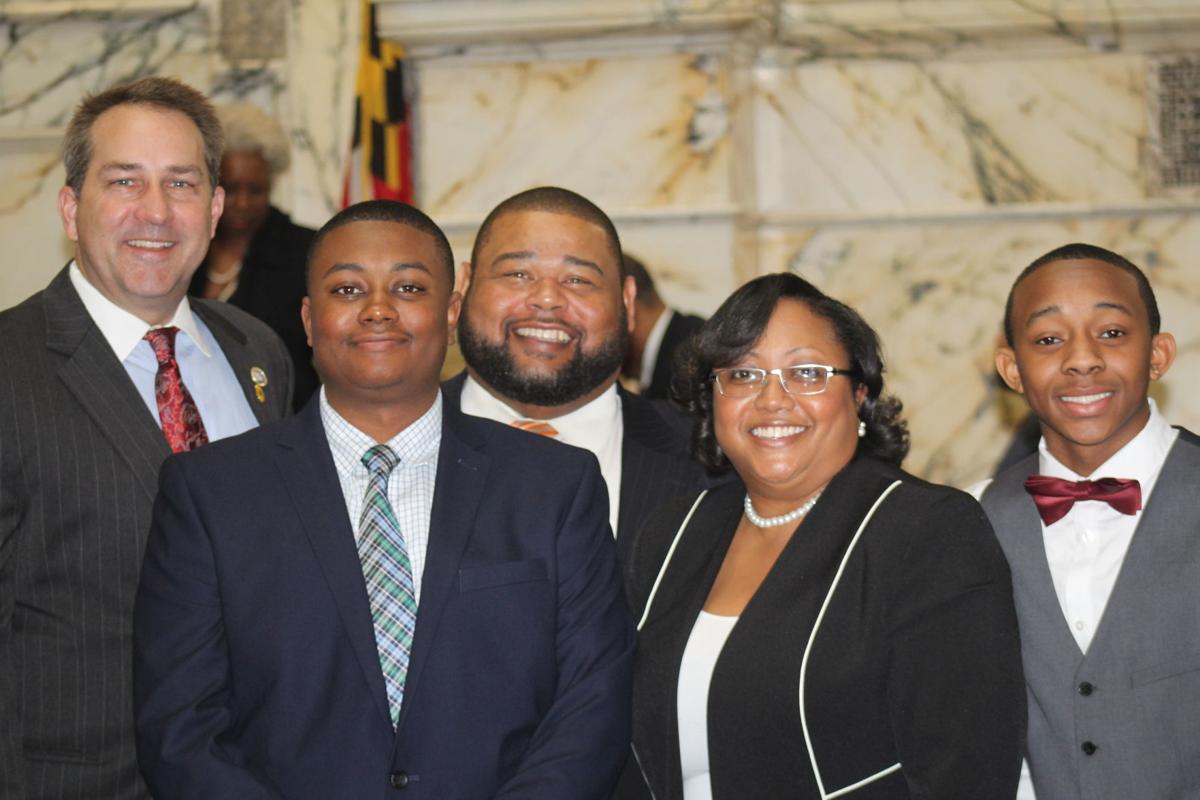 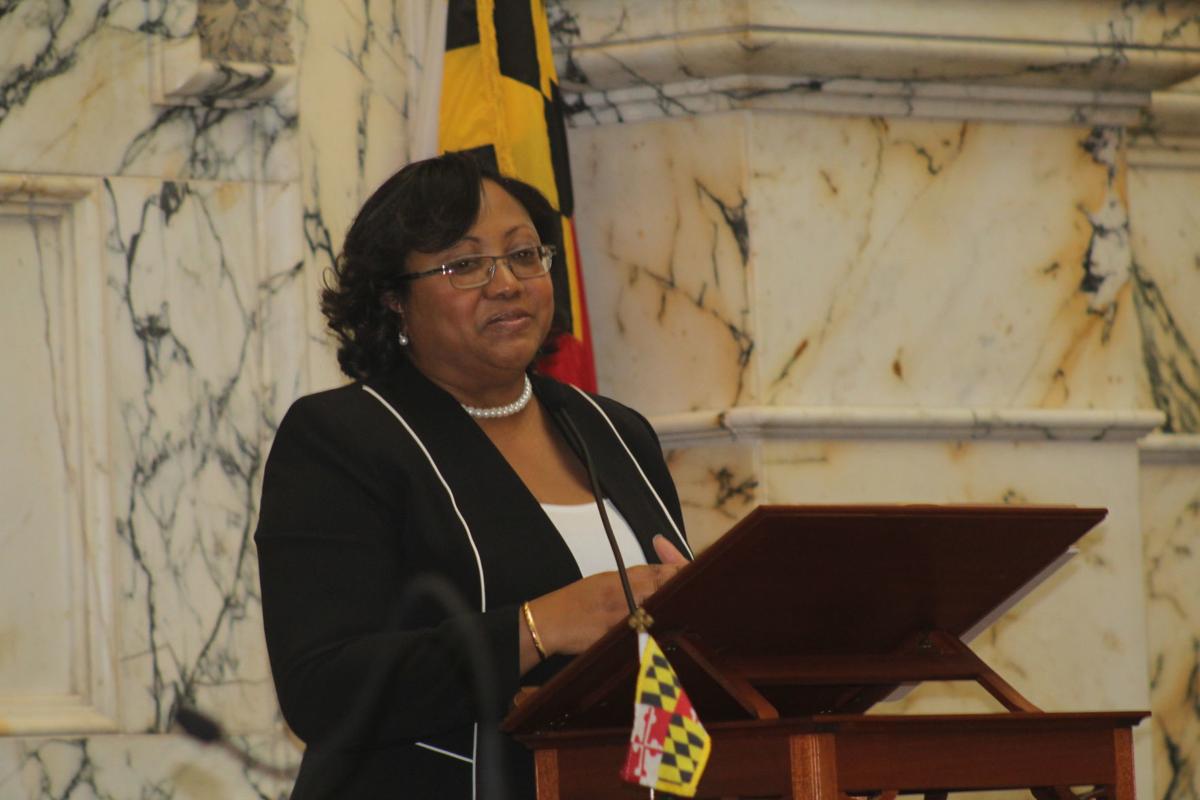 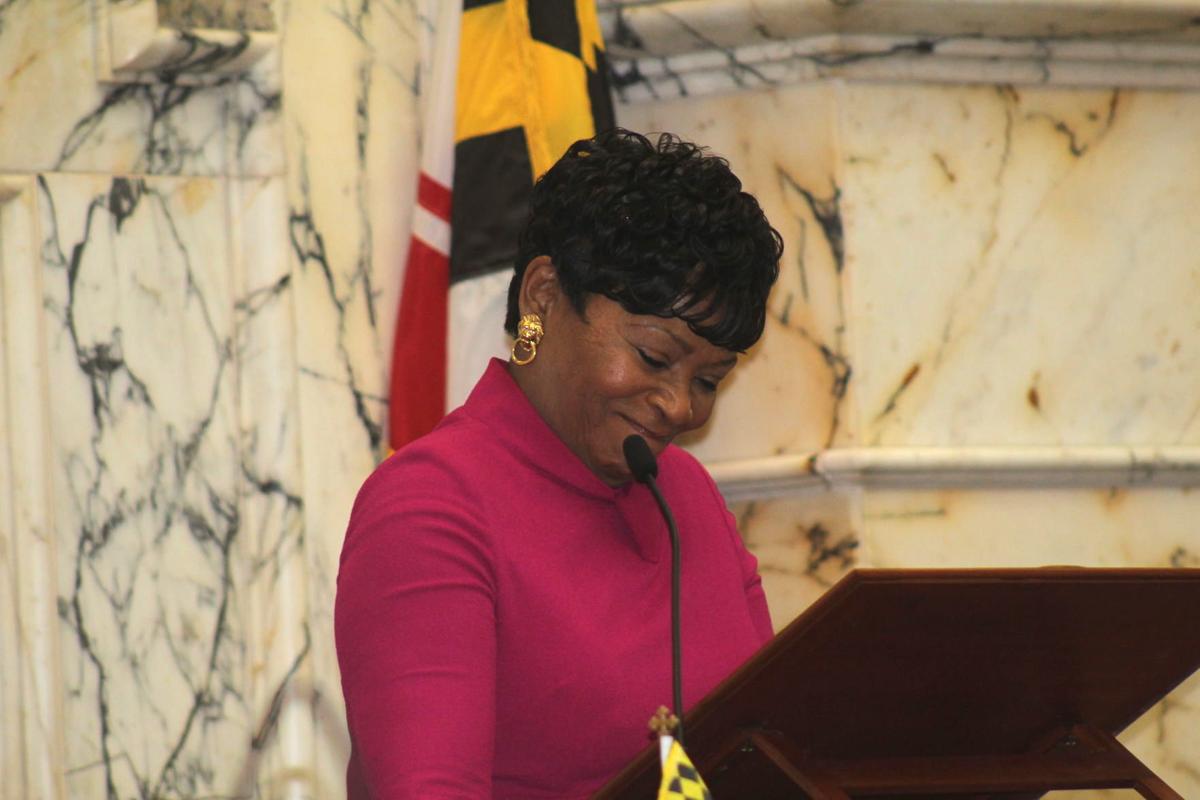 Speaker of the Maryland House of Delegates Adrienne A. Jones, D-10-Baltimore County, smiles as she addresses her colleagues during the opening day of the 2020 Maryland General Assembly legislative session on Wednesday, Jan. 8, in Annapolis. 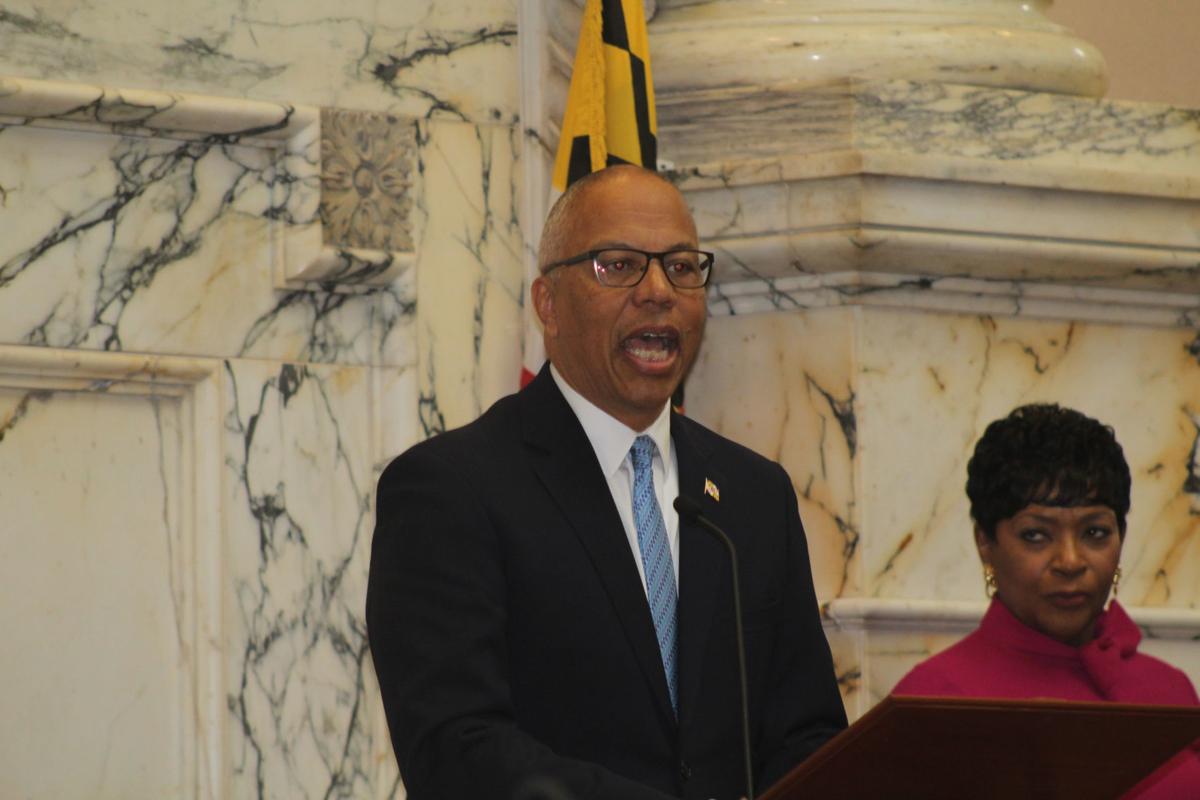 Lt. Gov. Boyd Rutherford speaks to members of the Maryland House of Delegates during the opening day of the 2020 Maryland General Assembly on Wednesday, Jan. 8, in Annapolis.

Speaker of the Maryland House of Delegates Adrienne A. Jones, D-10-Baltimore County, smiles as she addresses her colleagues during the opening day of the 2020 Maryland General Assembly legislative session on Wednesday, Jan. 8, in Annapolis.

Lt. Gov. Boyd Rutherford speaks to members of the Maryland House of Delegates during the opening day of the 2020 Maryland General Assembly on Wednesday, Jan. 8, in Annapolis.

ANNAPOLIS — The Maryland General Assembly’s 441st legislative session officially convened Wednesday, Jan. 8, in Annapolis, with enthusiastic lawmakers offering promises of a better future for residents of all ages across the state.

“It’s a new year, a new decade, and our House members look more like our state than ever before,” said newly elected House of Delegates Speaker Adrienne A. Jones, D-10-Baltimore County, while welcoming her colleagues to the House Chamber.

“It’s such an honor to be part of the significant changes going on here in Maryland, and I thank each and every one of you for your faith in me to lead this House,” Jones said.

A member of the House since 1997, Jones was sworn in as Speaker during the 2020 legislative session’s opening day. She said she’s looking forward to continuing moving the state of Maryland forward this year.

Jones is the first woman and the first African-American to serve as a presiding officer in the Maryland General Assembly.

“This is a new day, but our goals remain the same,” she said, adding that she assumes her new position with a “clear vision” of the future. “Together, we represent over 6 million Marylanders across 47 districts, 23 counties and Baltimore City.

Sample-Hughes said she was “grateful” to Jones for her “trust in me to work alongside you as we navigate the mountains of western Maryland, as we traverse through central Maryland, admire the green pastures over in southern Maryland and, oh, yes, bring it on home to the Eastern Shore.”

“To my colleagues, I want to thank you for believing in my work ethic, discernment and fortitude,” Sample-Hughes said. “I assure you that I will faithfully seek resolutions and uphold principles and values of the Maryland General Assembly by standing on a strong foundation laid by men.”

Sample-Hughes continued, saying, “Members, we do have a lot of work to do.”

“We have citizens’ lives literally in the palm of our hands, whether it’s safeguarding their lives, their work or their possessions from the effects of climate change or reducing the access of vaping products that are enticing our young people that lead to harmful health outcomes, or moreover, to ensure that every child has an equitable start and a direct path to financial security,” she said.

While Sample-Hughes admitted this legislative session will “undoubtedly” test House members’ stamina, she assured they are “capable of the task at hand.”

Lt. Gov. Boyd Rutherford made an appearance during the opening day. He said to Jones as he stepped up to the podium to address House members, “It is an honor to be able to say, ‘Thank you, Madam Speaker.’”

“This is truly a historic day, not just for this body, but for the entire state of Maryland,” Rutherford said. “Welcome back to Annapolis, and on behalf of our administration, we look forward to working with you over the next 90 days.

“I just want to personally say thank you for your service. Thank you for the sacrifices that you make. Thank you for representing your communities and your constituents and doing good work in the state of Maryland,” he said.

Rutherford said Gov. Larry Hogan could not attend the session’s opening day because he was at a Board of Public Works meeting.

For the 2020 legislative session, which Jones called the “session for Maryland’s children,” Jones said education is among the state’s top issues to tackle.

“School construction and education funding are our top priority, so every child across this state has the opportunity to succeed regardless of their district,” she said. “By investing in people, we’re investing in the very future of our state.”

“I’m ready to continue my work in moving the state forward. Are you ready to move forward with me?” Jones asked, prompting cheers from eager House members.