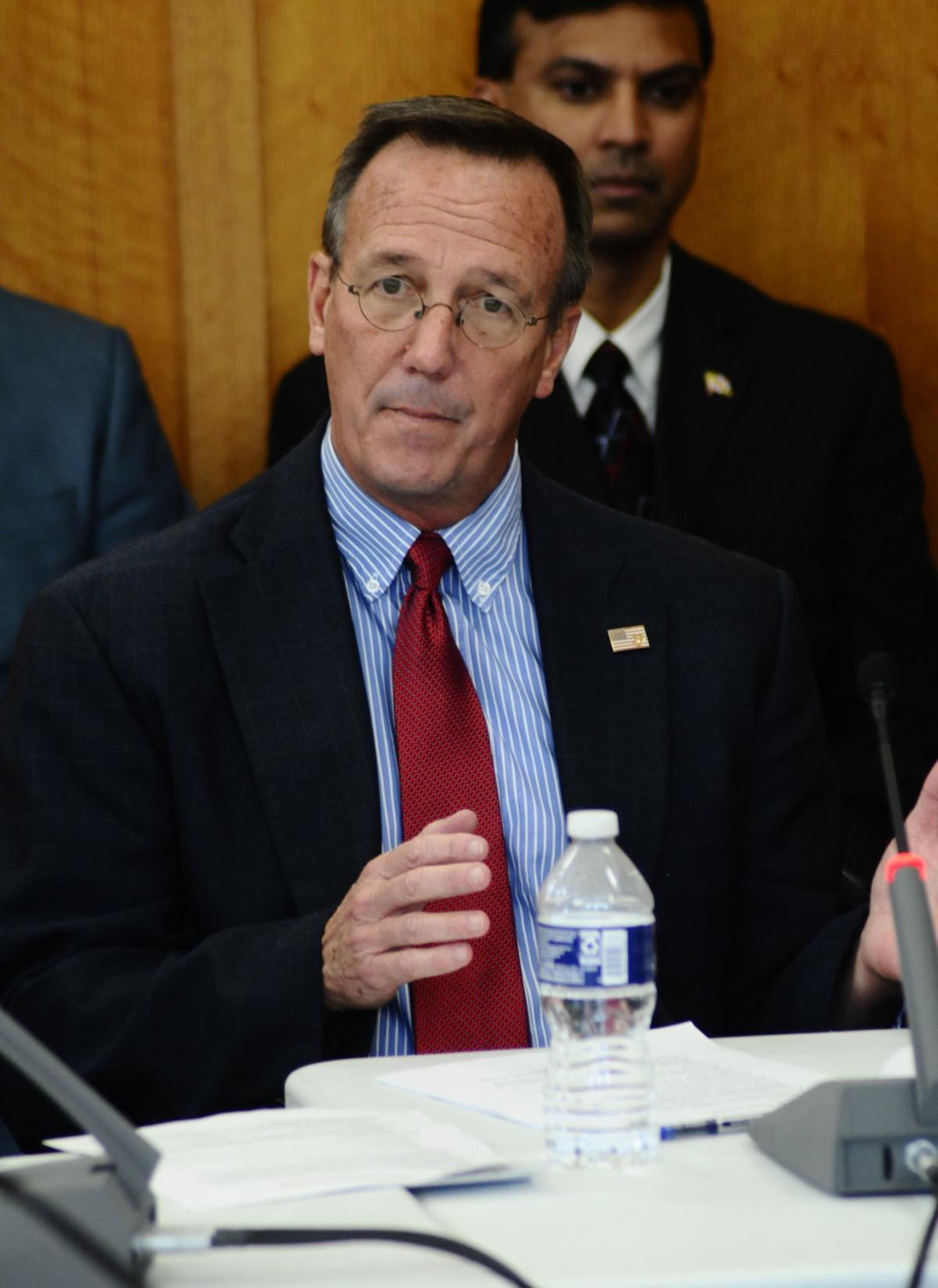 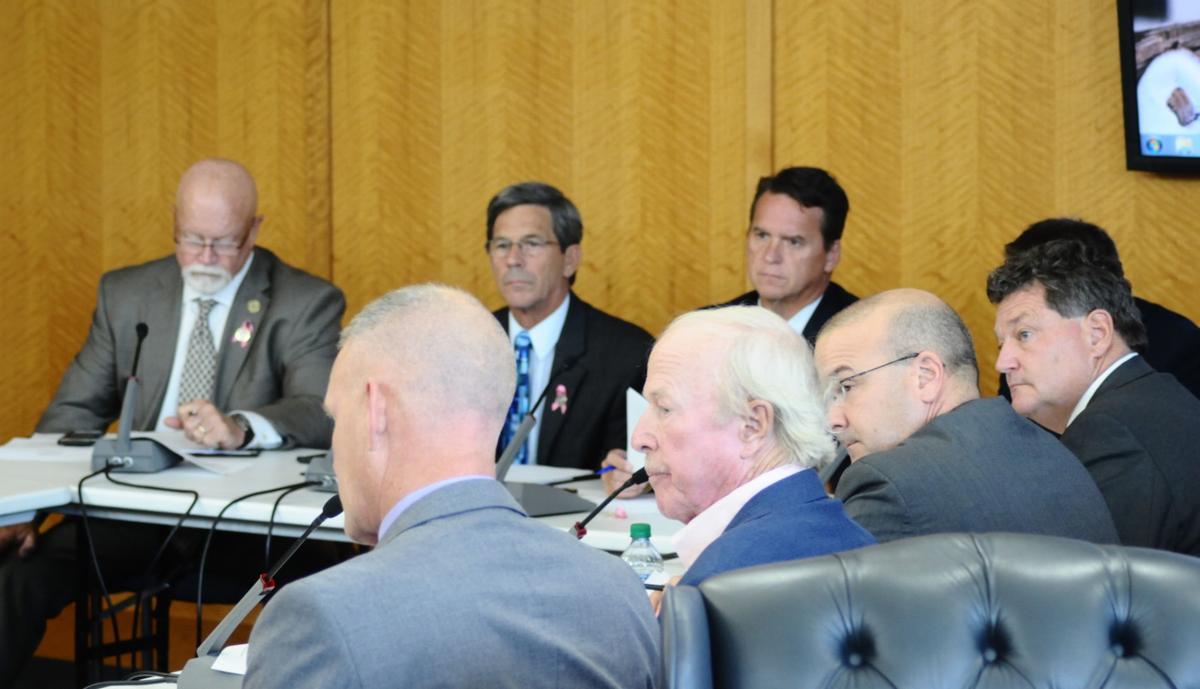 CENTREVILLE — State and local officials discussed the traffic delays on the Bay Bridge and how to alleviate them with the Maryland Department of Transportation Tuesday, Oct. 1, during the annual transportation priorities meeting to discuss the Draft FY 2020-2025 Consolidated Transportation Program.

In addition to these projects, the deputy secretary announced an increase in funding through Highway User Revenues, made possible by bipartisan legislation signed by Gov. Larry Hogan last year. Queen Anne’s County will receive more than $1.47 million in Highway User Revenues this year, an increase of $121,000 over last year’s allocation. Additionally, $8,500 in highway safety grants will go to the Queen Anne’s County Sheriff’s Office through the MVA.

The $27 million Bay Bridge rehabilitation project was one of the main topics of discussion. The project involves replacing the deck surface of the westbound span right lane, which is closed from October to April. Work also includes making deck repairs, sealing the bridge deck and replacing existing lane signal gantries and steel rail posts.

“Repairs to the westbound span of the Bay Bridge (are) critical for all Maryland and the citizens of Queen Anne’s County,” Lewis said. “It will the secure the reliability of the bridge for years to come. However, we realize it is disruptive to day-to-day life in the community.”

“We absolutely expected delays Friday based on previous summer weekend travel,” Ports said. “This Friday had several incidents that occurred that contributed to the backups, but with only two lanes available, it makes it much harder to avoid backups. MDTA has since said it will hold westbound traffic for short periods to allow for three lanes of eastbound travel that would extend to I-97.”

Ports said he knew that would create additional headaches for motorists.

He announced a number of steps to minimize traffic backups during the project, including the implementation of cashless tolling at the Bay Bridge from noon to 10 p.m. Thursdays and Fridays until further notice. All tolls will be collected electronically, with no cash accepted.

Ports said drivers who usually pay with cash will move through the plaza without stopping and will be mailed a statement to pay their toll at the cash rate.

Despite concerns for safety in the narrowed 11-foot lanes on the westbound span, MDTA will allow two-way traffic on Thursdays and Fridays under severe backups, weather permitting, Ports said. That would provide three lanes east and one west. During two-way operations, speed will be restricted to 25 to 35 mph.

Commissioner Steve Wilson asked about allowing three lanes of travel west for commuters on their way way to work in the mornings. Transportation officials said that wasn’t possible because of the way traffic would need to merge at the toll plaza.

Emergency management plans for each side the bridge also will be reviewed by MDOT, and MDTA Police will enforce any traffic rules implemented.

The use of electronic tolling at the bridge is being reviewed, with the state scheduled to make a final decision on new rates Oct. 31. To date, only two locations are using all-electronic tolling. More are expected later this month, with tolls being collected by EZPass or video tolling.

Moran pressed MDTA and MDOT officials on the delay in the National Environmental Policy Act Study for a third Bay crossing that now is estimated to go into its fifth year in its first phase.

“We know that the president came out with an executive order to limit all NEPA studies to two years,” Moran said. “Maybe we scrap this current study and start over and we get a result in two years so we can move onto the next phase.”

Moran said moment contraflow was required, plans for another bridge should have commenced. Pending a letter of support by county commissioners to both MDTA and MDOT, a shortened construction schedule to one year may be implemented.

That would mean crews working through Thanksgiving when a large influx of commuters take to the bridge for vacation and past April, affecting traffic through Easter and spring break.

On the transit side, MDTA is making significant investment in Queen Anne’s County through the operation of two commuter bus routes, as well as by providing $646,000 in operating and capital grants to support the local County Ride transit operation. This funding will be used to replace two small buses and for ongoing preventive maintenance.

In northern Queen Anne’s County, SHA is resurfacing five miles of southbound U.S. Route 301 from the Kent County line south to state Route 290. The $1.8 million project will be completed this fall.

A $5.3 million project to replace the Gravel Run and Old Mill Stream bridges in Centreville is on schedule for completion by the end of this year. SHA also plans to repave state Route 213 through Centreville. The Route 213 project is scheduled to begin in spring 2020.

In Grasonville, completion of the nearly 1.25-mile Cross County Connector trail extension is expected by the end of this year. MDOT SHA provided contract administration and oversight for the $3.4 million project, while $2.8 million in Transportation Alternatives funding was included.