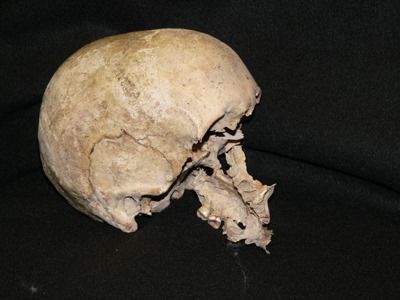 This is believed to be the actual skull of Patty Cannon. 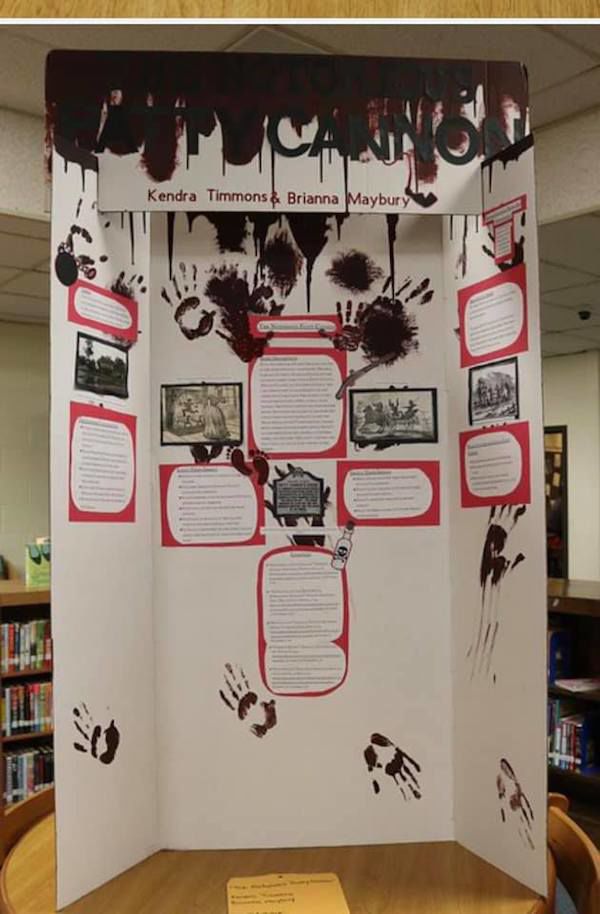 A recent History Day project submission made by Caroline County students Kendra Timmons and Brianna Maybury. Contributed by Kendra’s father, who gave permission to use it. 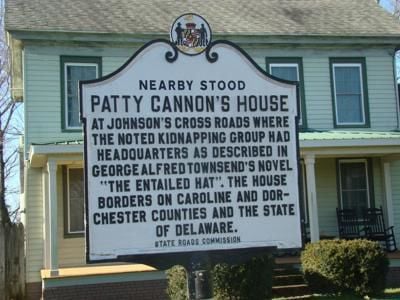 The sign, recently replacing one that was not as historically accurate, now stands in front of a house built on the site of Johnson’s Tavern at Reliance. 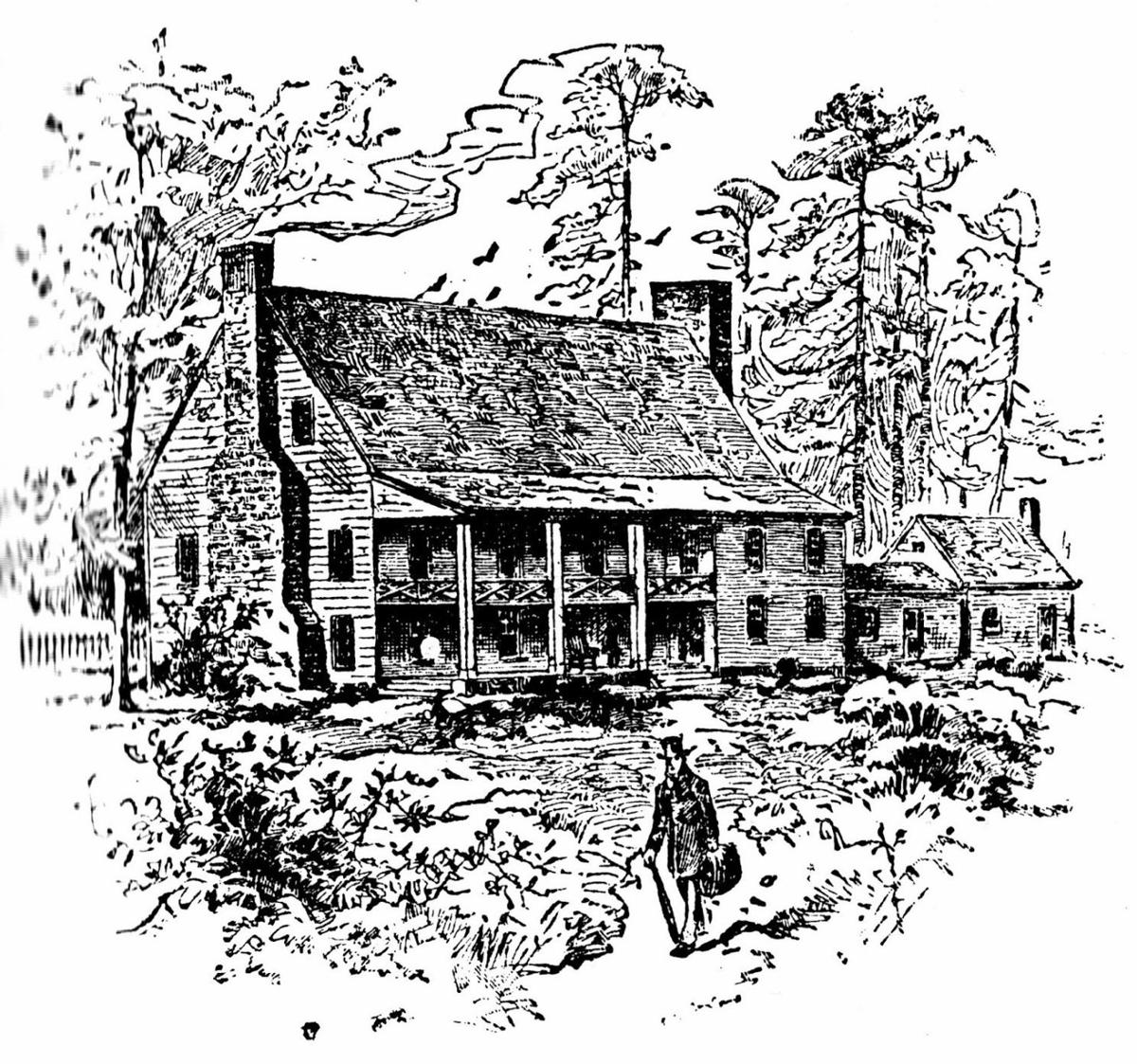 Artist’s rendering of what Johnson’s Tavern may have looked like.

This is believed to be the actual skull of Patty Cannon.

A recent History Day project submission made by Caroline County students Kendra Timmons and Brianna Maybury. Contributed by Kendra’s father, who gave permission to use it.

The sign, recently replacing one that was not as historically accurate, now stands in front of a house built on the site of Johnson’s Tavern at Reliance.

Artist’s rendering of what Johnson’s Tavern may have looked like.

Patty Cannon died in custody this week nearly 200 years ago. Many locals are familiar with the name, and from time to time, nationally recognized media entities will revisit her actions. But how much is really known for certain about the often sensationalized antagonist? It is best to start fresh from the beginning through the lens of a contemporary “Shore Noir” perspective.

Though Caroline County often is saddled with her dreadful legacy, Patty Cannon was not actually from the area. She was by most accounts born Martha Patricia Hanly in Canada by 1774 at the latest.

Her mother and father were a Montreal-area prostitute and smuggler, respectively.

Jesse Cannon, a Delaware man and generally believed to be respectable, met Patty while traveling up north and was convinced to marry her. They returned to the Delmarva Peninsula together and started a family in the vicinity of what is now known as Reliance (where Sussex County, Dorchester County and Caroline County share a border). Back then, it should be noted, the locale was known as Johnson’s Crossroads. It cannot be stressed enough, for the sake of the historical record, geographic accuracy and the collective local conscience of Marylanders, that the family home stood firmly on the Delaware side of the state line.

So why is Patty Cannon infamous and why is her name always at least partially attached to Caroline County?

If one frequents Reliance, then certainly the historical sign in front of the dwelling at the intersection of state Routes 577 and 392 is familiar. Its position and wording cause some confusion, because the house situated there is in fact not Cannon’s house; this mistake has been made repeatedly in scholarly publications, tourism resources and personally witnessed firsthand in college classrooms, complicating the work of competent local historians.

Her domicile no longer stands, and when it did, it was much closer to Seaford, Del.

The crossroads in question, however, was the site of Johnson’s Tavern, where many of Cannon’s misdeeds were carried out in addition to serving as a base of operations for her gang as they preyed on surrounding jurisdictions, including Caroline County as far north as Templeville.

The rest of the story — the most sordid of pertinent details — is likely what the majority of interested Delmarva residents already recite.

Cannon and a handful of others (including son-in-law Joe Johnson, the tavern operator), to borrow a modern slang phrase, were land pirates who dealt in mostly human plunder. They roamed the countryside, local roads and area wharves, kidnapping enslaved and free blacks to sell them farther south. There was a thriving underground market for this chattel especially after 1808, when Congress voted to end the importation of slaves. Patty and her affiliates often used the Nanticoke River to access the Chesapeake-region ports of Annapolis, Washington, D.C., or Norfolk to trade their ill-gotten cargo bound for labor-intensive Cotton Belt plantations.

Locals were suspicious of the family’s activities in the Johnson’s Crossroads area for some time, but authorities were unable to apprehend Patty Cannon and her fellow conspirators for years. Perhaps it was the unwillingness to confront her directly or individually, as urban legends suggest her stocky, powerful frame was nearly impossible to subdue in a wrestling match with a woman or a man. Or, and this is reminiscent of Keystone Cops slapstick, the tavern building was used strategically: If Delaware law enforcement came to confront the gang, they would move to the Maryland side of the property and vice versa. This only could go on for so long; officials wised up to the gambit and pursued a joint operation as evidence continued to mount against the Cannon-Johnson marauders — not just for kidnapping but for the unspeakable torture and graphic deaths of numerous travelers, traders, tavern guests, slaves, children and even their own relatives.

Cannon finally was cornered and arrested on April 13, 1829. Allegedly, she confessed to over 20 murders, including her own husband and child. It is likely she poisoned herself while awaiting her fate in jail at Georgetown, Del., passing on May 11, 1829.

While some individuals would like to see this dark chapter of regional history put to rest for good, it remains a colorful subject for academic, true crime and horror genre enthusiasts alike. If so intrigued, search television listings for series such as “Underground” (WGN), “Deadly Women” (IDN) and “Homicide” (NBC) for episodes dedicated to or based on the Patty Cannon story. Alternatively, consider perusing digital or traditional bookshelves for classics such as “The Entailed Hat” by Delmarva native George Alfred Townsend, who introduced a national audience to her despicable actions in hardback novel form; a recent inquiry directed to Vintage Books and Fine Art in Easton revealed the proprietor carries multiple relevant titles.

On a somewhat related note, the Dover Public Library each Halloween for many years displayed what is purported to be the skull of Patty Cannon; the macabre archaeological specimen also has spent some intermittent time on loan to the Smithsonian Institution over the past decade. Perhaps schedule a visit this fall to either location and try to see it in person.

If COVID-19 edicts are still compromising civil liberties and all else fails, at the very least take a carload of kids on a drive through the Reliance area and make sure the legend of Patty Cannon is retold in the most frightening and hyperbolic way possible for maximum dramatic effect.

In the meantime, her unfortunate legacy is a reminder that not all history is positive, patriotic, and proud — but does, warts and all, offer nuanced meaning and value to subsequent generations.

The author of the article intends to retrace Patty Cannon historical geography, especially in the vicinity of Templeville, when all pandemic restrictions have been lifted and physical access necessary for research has been fully restored. Check Facebook for project updates at Caroline Past and Present.

AS WAS THEN AS IS NOW MOST HISTORY OF TODAY IS NOT GOOD.