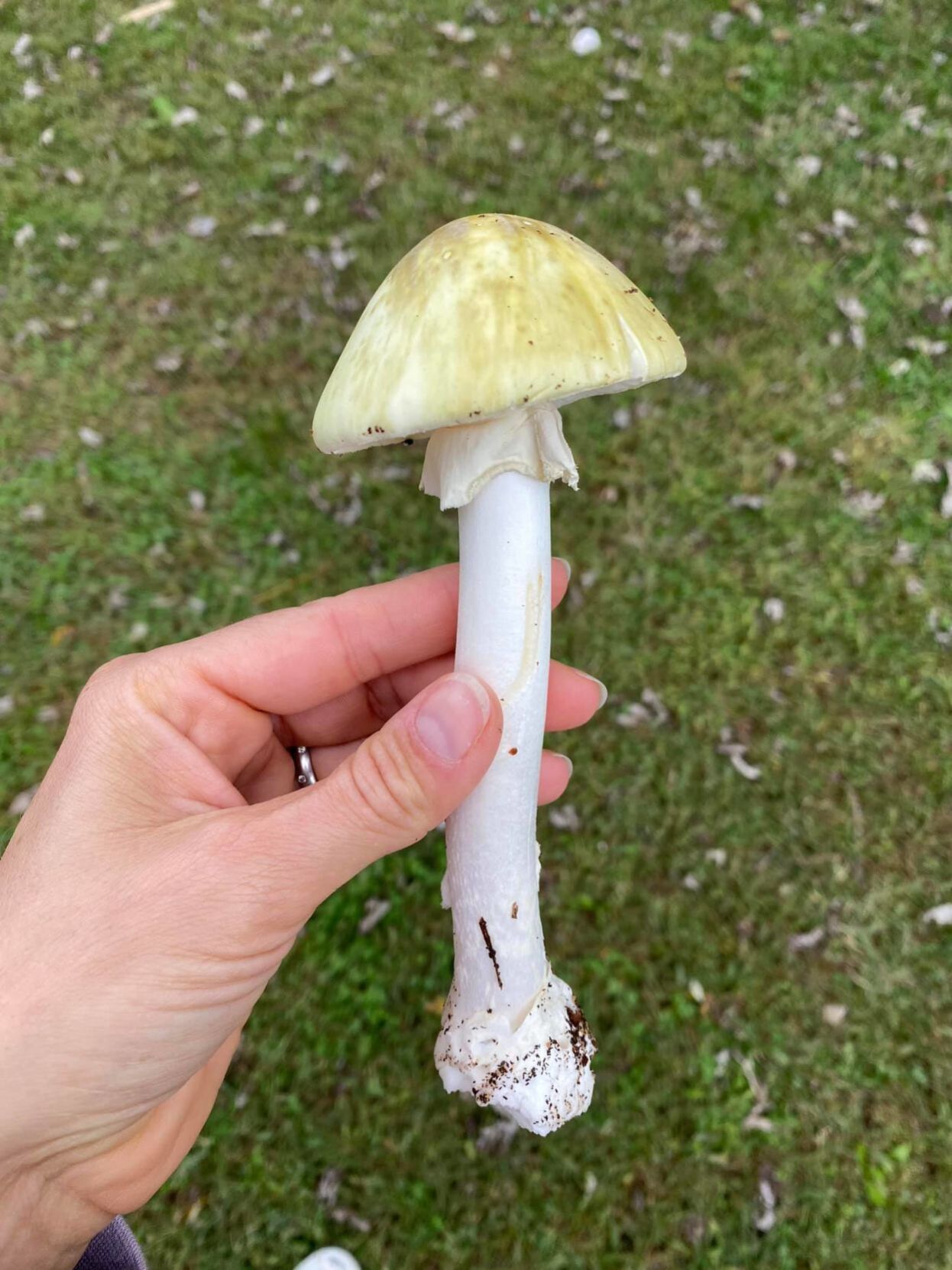 The Amanita phalloides mushroom, known as the “Death Cap,” is suspected of killing a family’s two dogs in Easton after the pets are said to have ingested the poisonous fungi last Sunday, Oct. 18. 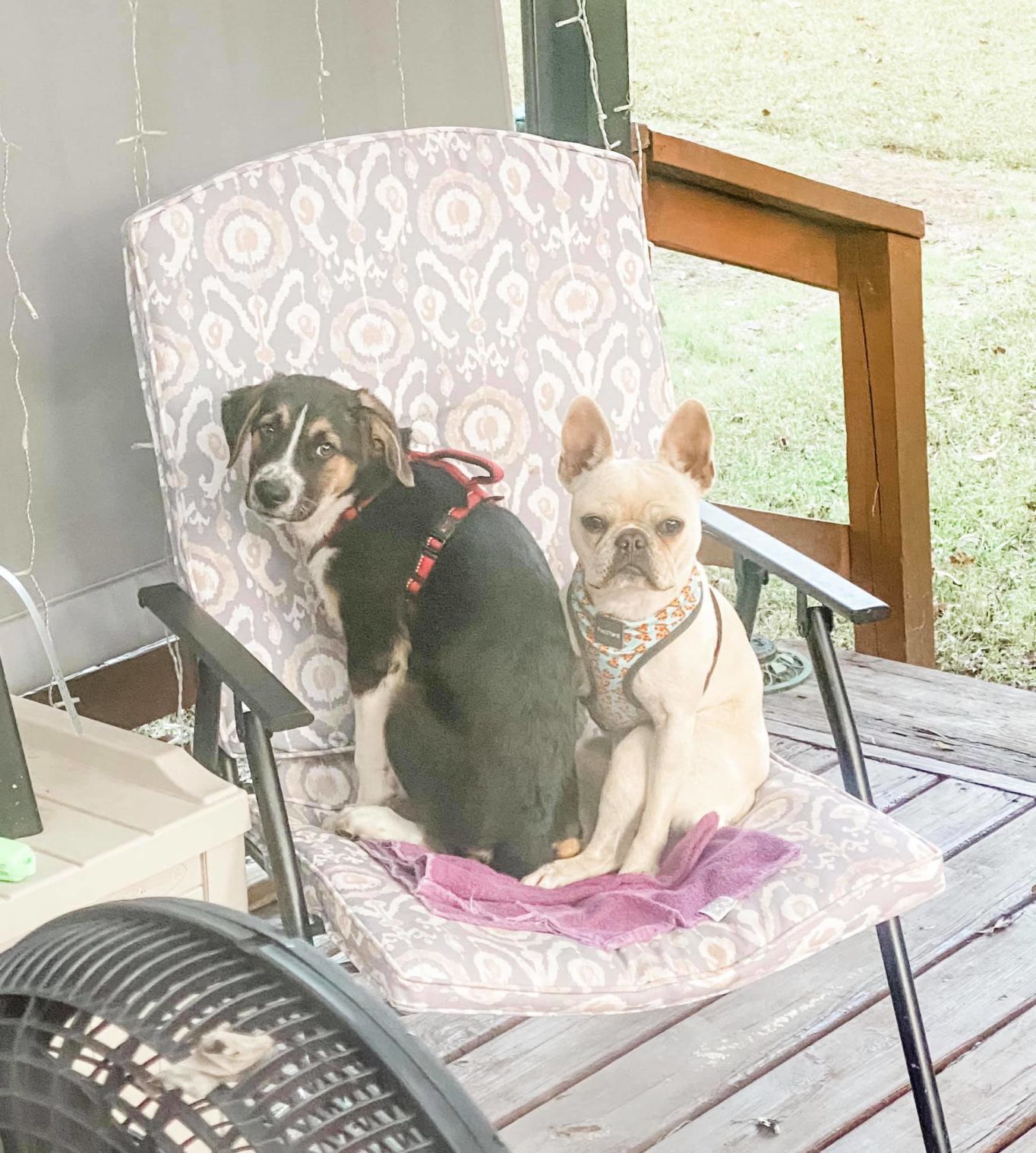 Sheppard mix puppy Petey, left, and French bulldog Pearl, right, died last week of liver failure after their owners suspect they ate a poisonous mushroom from their backyard in Easton.

The Amanita phalloides mushroom, known as the “Death Cap,” is suspected of killing a family’s two dogs in Easton after the pets are said to have ingested the poisonous fungi last Sunday, Oct. 18.

Sheppard mix puppy Petey, left, and French bulldog Pearl, right, died last week of liver failure after their owners suspect they ate a poisonous mushroom from their backyard in Easton.

EASTON — An Easton family’s two dogs died of liver failure last week after the dogs were suspected of having eaten a deadly poisonous wild mushroom that popped up in their backyard.

On Sunday, Oct. 18, Sara Rissolo’s shepherd mix puppy Petey, and her French bulldog Pearl, “out of nowhere” showed signs of illness — dizziness, vomiting and struggling to move. The family had just adopted Petey three weeks ago.

The dogs, Rissolo said, had free rein to roam their home’s backyard and surrounding wooded area in the Corbin Parkway neighborhood in Easton.

Rissolo said she took Petey, who was worse off than Pearl at the time, to a veterinarian. She said Petey had three seizures in the car as they drove to a nearby vet in Easton. The vet performed testing on Petey and determined the dog had been poisoned. The tests showed extreme hypoglycemia and high liver enzymes.

The family’s other dog Pearl was also at the vet receiving fluids and having her liver enzymes monitored. Petey died of liver failure within 36 hours of his arriving at the vet. Rissolo said her family was hopeful for Pearl’s recovery, but Pearl also succumbed to liver failure on Oct. 20.

The vet told Rissolo to scan her yard for a certain type of mushroom: Amanita phalloides, colloquially known as the “Death Cap.” Rissolo said she found the “unassuming” mushroom in her backyard and also discovered “little chewed up bits” of the shroom she suspects her dogs ate.

Rissolo’s neighbor, she said, also has found the deadly mushroom in her yard.

The poisonous “Death Cap” is a mushroom species that is known to North America and has been found in backyards around Maryland for years. Rainy, fall weather, like that of September and October in Maryland, helps the fungus thrive, according to the Centers for Disease Control and Prevention.

The CDC has reported the shroom variation is responsible for a majority of mushroom-related deaths across the world. If ingested, the seemingly-edible fungus can cripple pets’ and humans’ ability to synthesize proteins, which can cause liver damage and failure.

Patty Quimby, executive director of Talbot Humane Society, said she doesn’t know how many instances there have been in Talbot County of pets eating toxic vegetation or fungi.

While the shelter might have taken in animals that are showing similar symptoms to Petey’s and Pearl’s, Quimby said there’s no way of knowing why those symptoms are occurring — because you can’t ask the animals what they ingested.

“Unless you see that an animal has consumed something toxic, you don’t often know why the animal is falling ill or having issues,” she said. “Without knowing what an animal has ingested, it’s really hard because they can’t tell us.”

Quimby recommended that pet owners scan their yard every morning and evening. “Mushrooms can pop up within a couple hours, it seems,” she said.