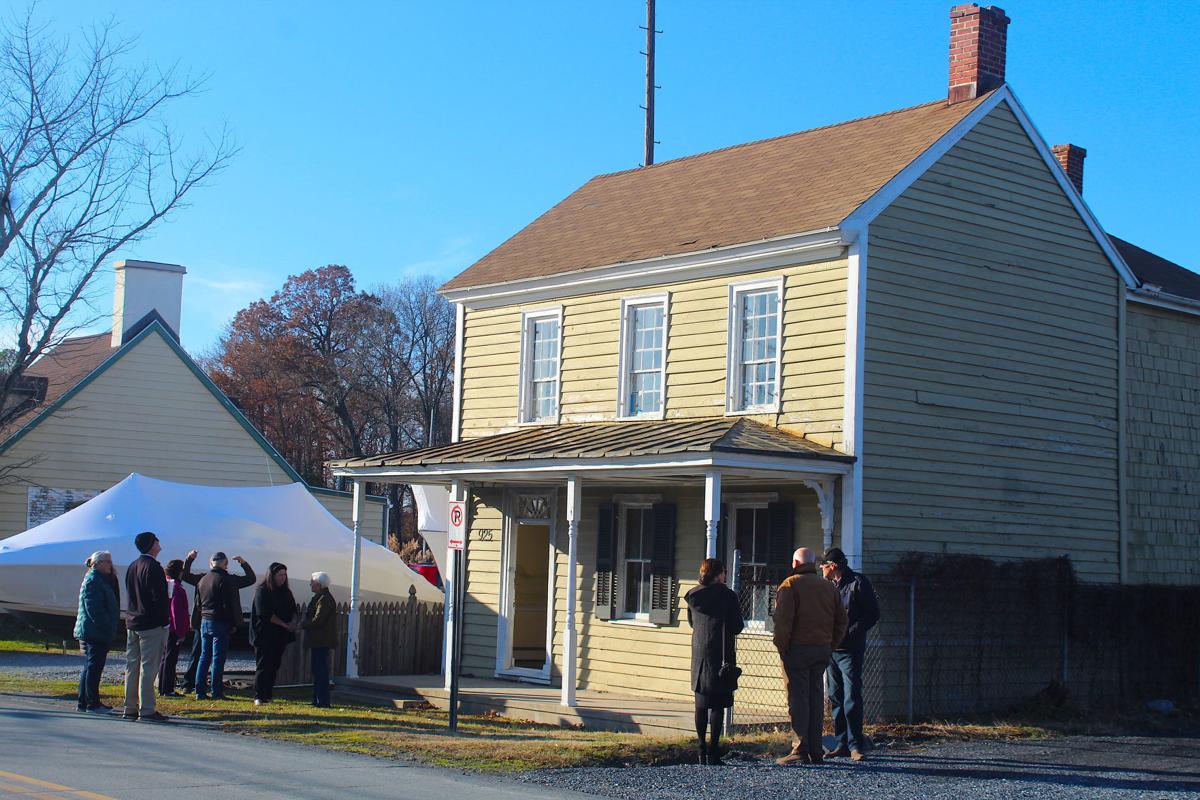 Over 20 citizens gathered on Tuesday, Dec. 3, to tour the historic house at 925 Port Street on Easton Point. 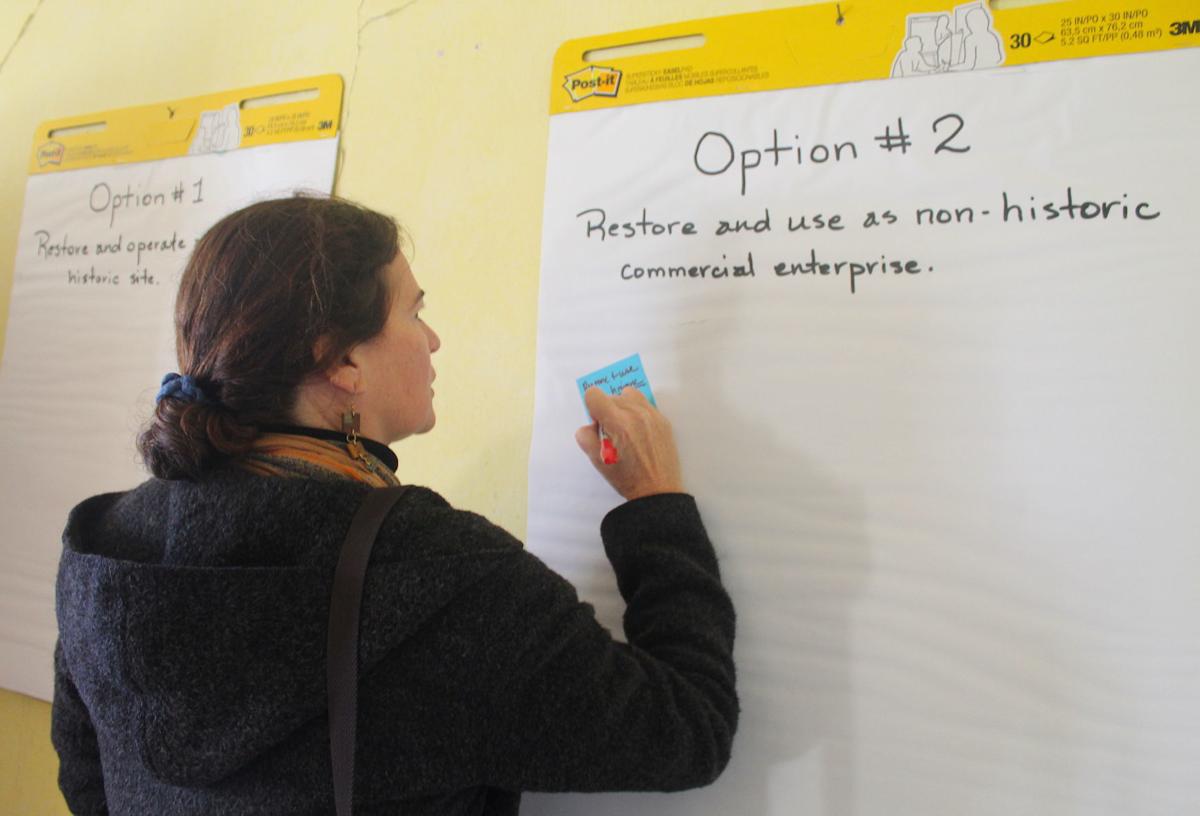 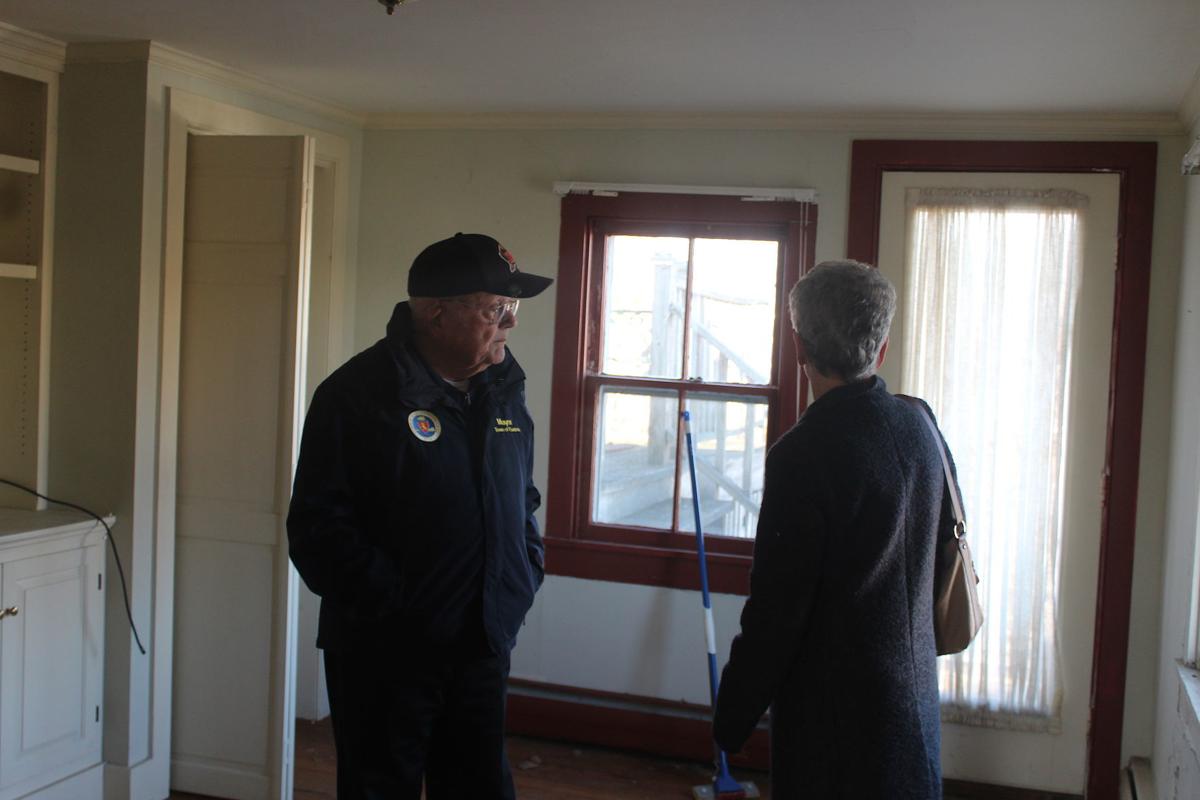 Easton Mayor Robert Willey, left, takes a look at the house at 925 Port Street in Easton. 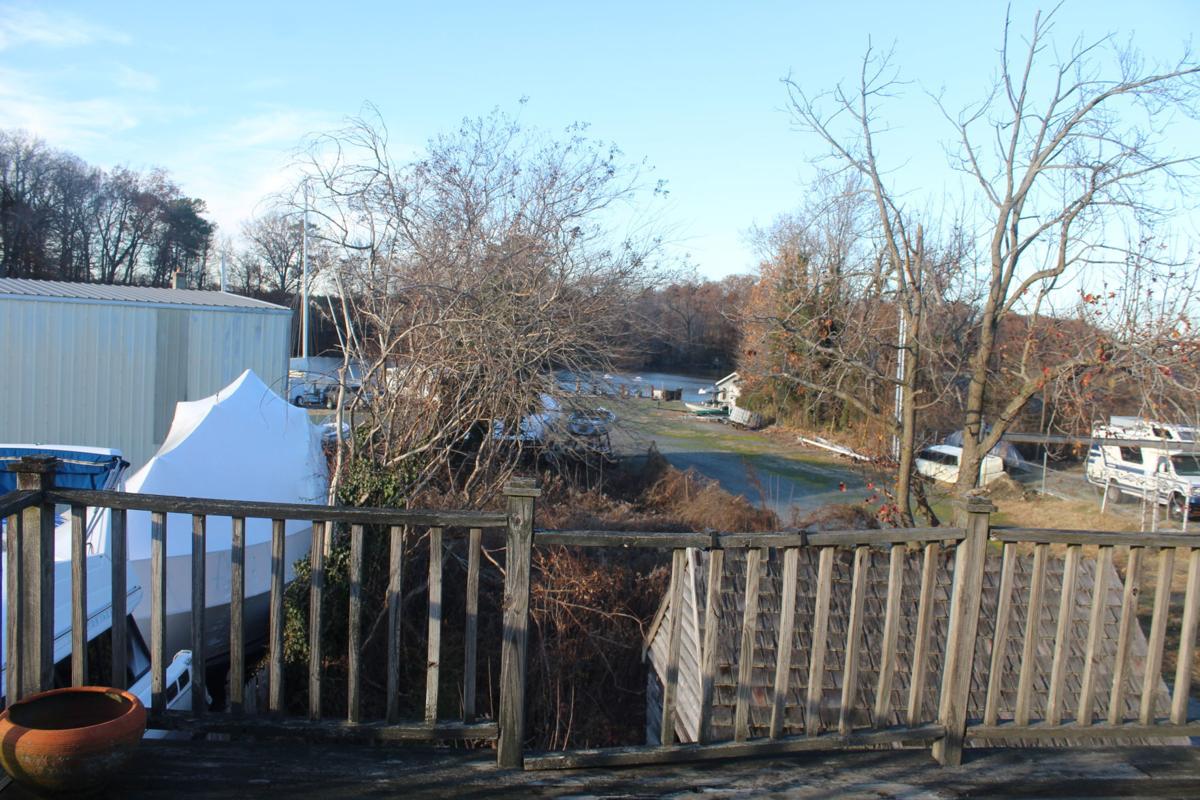 The Miles River can be seen from the second story deck at 925 Port Street. 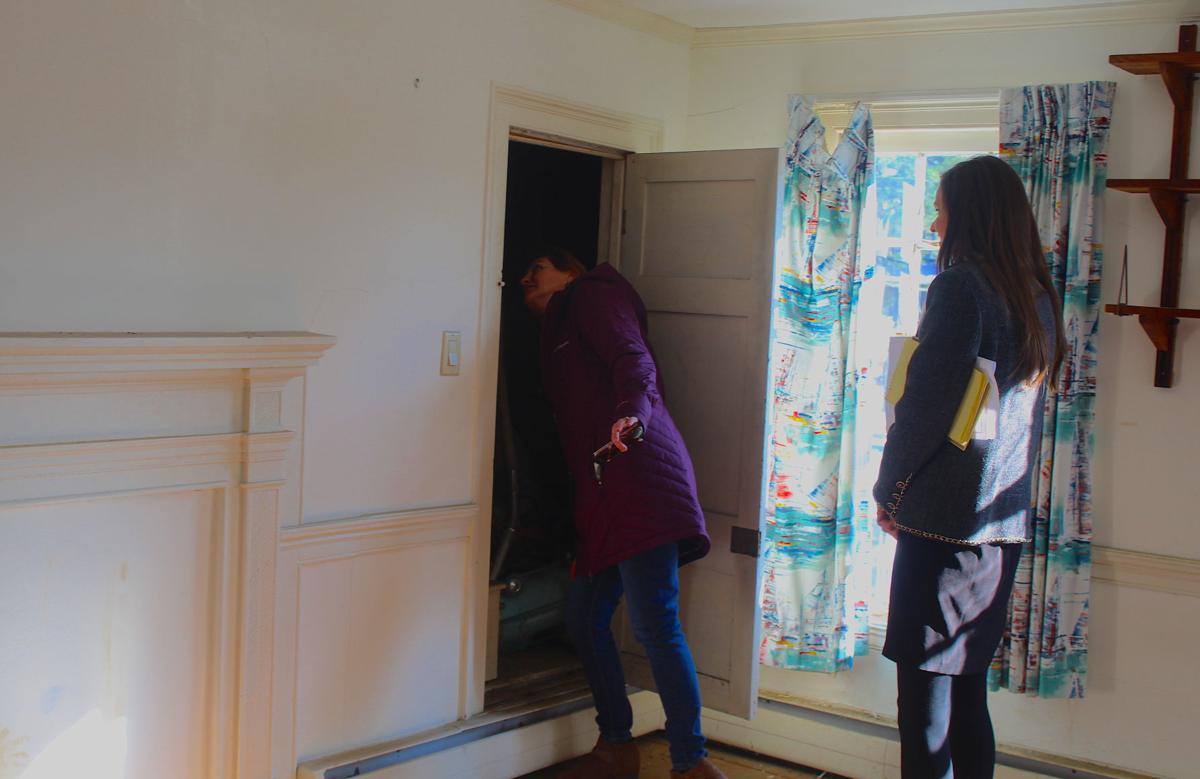 Vaill Taliaferro, left, takes a look at the attic during the open house on Tuesday, Dec. 3, at 925 Port Street.

Over 20 citizens gathered on Tuesday, Dec. 3, to tour the historic house at 925 Port Street on Easton Point.

Easton Mayor Robert Willey, left, takes a look at the house at 925 Port Street in Easton.

The Miles River can be seen from the second story deck at 925 Port Street.

Vaill Taliaferro, left, takes a look at the attic during the open house on Tuesday, Dec. 3, at 925 Port Street.

The future of the property has been secured through the efforts of county and town officials. The purpose of the house, which dates to the late 18th century, is yet to be determined. But local citizens have been brainstorming ideas to preserve it and make the best use of it.

The Port Street property was bought with Program Open Space funds, which is funded a by a 0.5% state property transfer tax. According to Peper, each county receives an annual disbursement.

Easton Point was one of the busiest ports on the Eastern Shore after the American Revolution and this area is the focus of redevelopment now.

Once guests came in to the house, the living room area had three writing pads listing possible future options for the house.

“I wanted guests to see the inside. When we had our last meeting, I asked ‘Who here wishes we would have this meeting at the house,’” Vanhooser said. “Everybody was like, ‘Let’s do an open house.’ So it was an opportunity for people to come in and really see the property and see what it looked like, and it would spur their imagination and great ideas as a result.”

“The architecture is exceptional, frame buildings are rare and this is second only to the Third Haven Meeting house for important features,” Vanhooser said. “Cloudsberry Kirby was a master craftsperson.”

Under option one, ideas included “save and restore as a historic site by considering some very limited commercial activity use a revenue source if needed.” Another wrote, “a place where people can learn about our history.”

Under the second option, opinions included to “restore and use as a historic enterprise,” while another was to find “a way to generate revenue that does not detract from historical importance.”

Under the third option, opinions included to “ensure the building is owned by and controlled by an entity that will develop it” and “A hybrid of #1 and 2.”

Easton Mayor Robert Willey also attended the open house and said that the property is a beautiful place that does not need to be torn down.

“It can be a reception area or a sit-down restaurant,” Willey said. “It is a centrally located tourist attraction that needs to be tidied up.”

The property was acquired for a house and tavern in anticipation of the “new” courthouse commissioned in 1790. Cloudsberry Kirby built the modest home in 1791 when Easton was barely a town, with only a few residences near the site of the Talbot County Courthouse.

The architecture of the building features important 18th century elements that are character-defining and are found in some of the county’s most prestigious estates.

“I think that this is an opportunity for the county and the town to really rally around something important to our community, which is reclaiming our history,” said Easton Economic Development Corporation Executive Director Tracey Ward.

“It is a symbolic start to the redevelopment of this entire Easton Point which will be accessible to the public and a place for families to come and enjoy,” Ward said, “So quite a different future for this place than the past.”

The next step in the process is for Vanhooser and Peper to look at everyone’s comments, put them together and send a report to Talbot County Council.

During the July 9 Talbot County Council meeting, council members unanimously to partner with the town of Easton to determine the best use of the property, and to form a group to gather ideas from the public.

There was also a request from Historic Preservation Commission to perform a historic documentation survey. Assistant Planning Officer Miguel Salinas requested the council’s approval of the Historic Preservation Commission’s recommendation to have Encore Sustainable Design provide a historical documentation of the property, including drawings of the floor plans and architectural details of both the interior and exterior of the building.

Salinas also said that only a brief description of the property currently exists in the Maryland Historical Trust inventory of historic properties which was completed in 1977.

Council approved the Historic Preservation Commission’s recommendation to utilize $4,500 in fiscal year 2020 budgeted funding for architectural surveys and for Encore Sustainable Design to conduct a historical documentation of 925 Port Street.

“We are seeking direction from the county council, and ultimately, it is their decision on what should happen here,” Peper said. “The meeting should be early next year, right around January.”

If you are interested in sending in a written comment by Dec. 15, email Cassandra Vanhooser at cvanhooser@talbotcountymd.gov or Preston Peper at ppeper@talbotcountymd.gov. You can also mail your ideas to Talbot County Community Center 10028 Ocean Gateway, Easton, MD 21601.