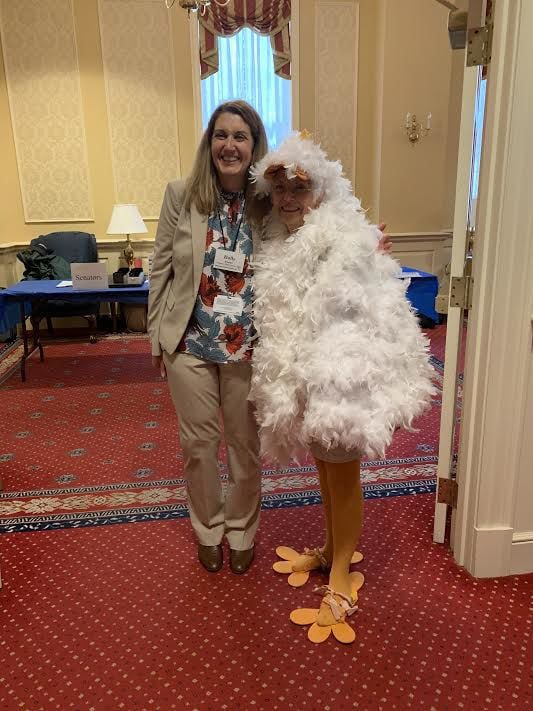 Last March, Sen. Addie Eckardt, right, donned her chicken as she hosted the Delmarva Poultry Industry, including Executive Director Holly Porter, left, at the Annual Chicken Day in Annapolis. The event will take place again this year on March 17. 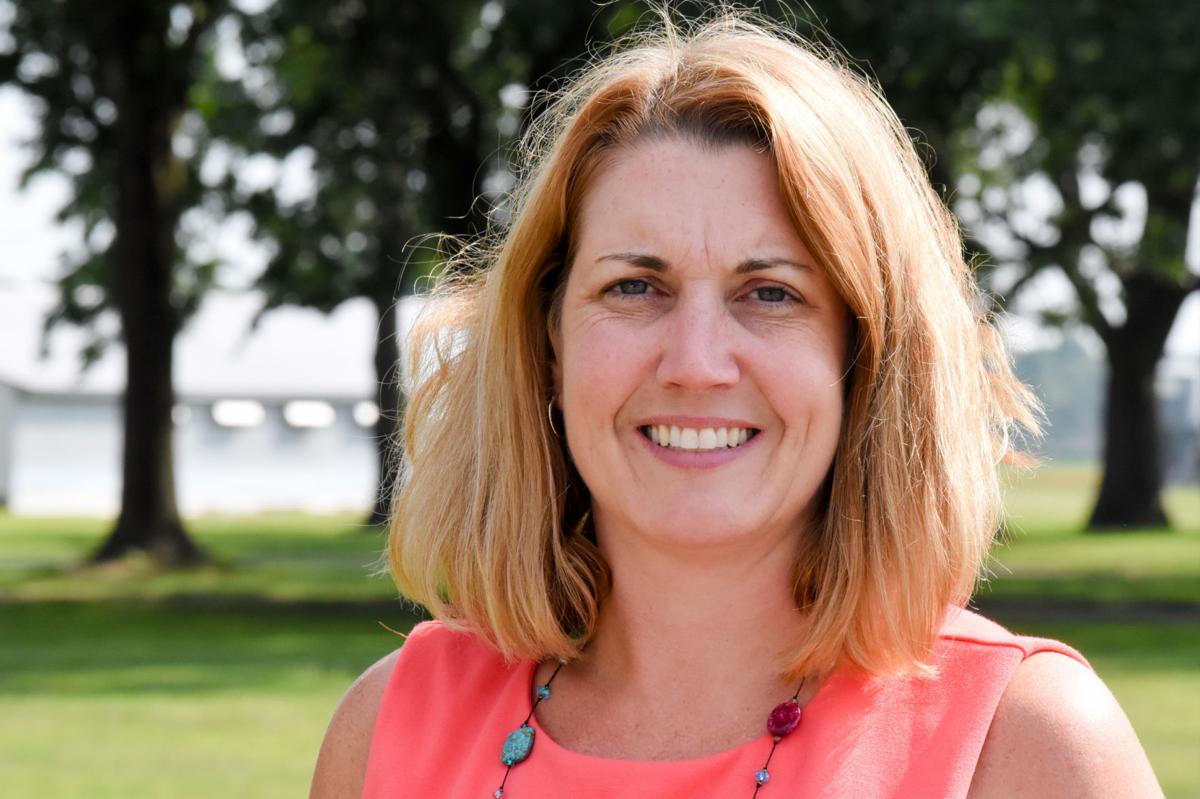 Statistically speaking, there are 1,600 farm families in the poultry industry in Maryland with an average of four poultry houses per farm, Porter said. On the Eastern Shore, that means 6,800 jobs tied to the poultry industry. Additionally, many of the companies and allied industries linked to the poultry business contribute significantly to community projects in addition to the tax dollars given to the state.

Any bills that would put restrictions on new housing is not good for farmers or the industry, Porter said.

With one in every five houses on Delmarva being 30 years or older, this bill could have serious repercussions, Porter said “Our farmers and our companies will look elsewhere if a moratorium is placed (on building).”

Contrary to some media reports, Porter said the poultry industry is not experiencing runaway growth, but it is finding new ways to increase production more sustainably and efficiently, and using better technology.

Agriculture is cyclical, Porter said. There was less than 1% growth from 2018 to 2019, but the industry is not showing dramatic growth as publicized, she said.

DPI also is moving forward with two new ambient air quality monitoring stations to be placed at the University of Maryland, Eastern Shore, and in the Pocomoke city area, as well as retrofitting the stations at Horns Point and the Old Town Fire Station in Baltimore City.

Voting not to delay the implementation of the next phase of PMT (phosphorous management tool), Porter said, was a decision made “because we don’t know what we don’t know yet. Phasing in the regulations will help to determine what market place and infrastructure will be, and they want to make sure farms have tools and action plans in place to assist as needed, Porter said.

Trying to determine what are those actions plans for PMT might be seems to be primarily a logistics issue, she said.

“All farmers out there need a fertilizer. What better way (to provide) than organic slow release,” Porter said.

Another piece of pending legislation, SB 928, targets concentrated animal feeding operations and would require a discharge permit for a certain CAFO, unless the permit applicant submits a manure transport plan as part of the permit application.

“No more restrictive legislation is necessary,” Porter said. “(Farmers) do not want to be penalized in advance of rules that have not yet been broken.”

“Would it be fair to say that after (your expressed) good faith not to delay PMT implementation that you are disappointed to see these bills introduced?” asked Sen. Mary Carozza, R-38-Wicomico and Worcester.