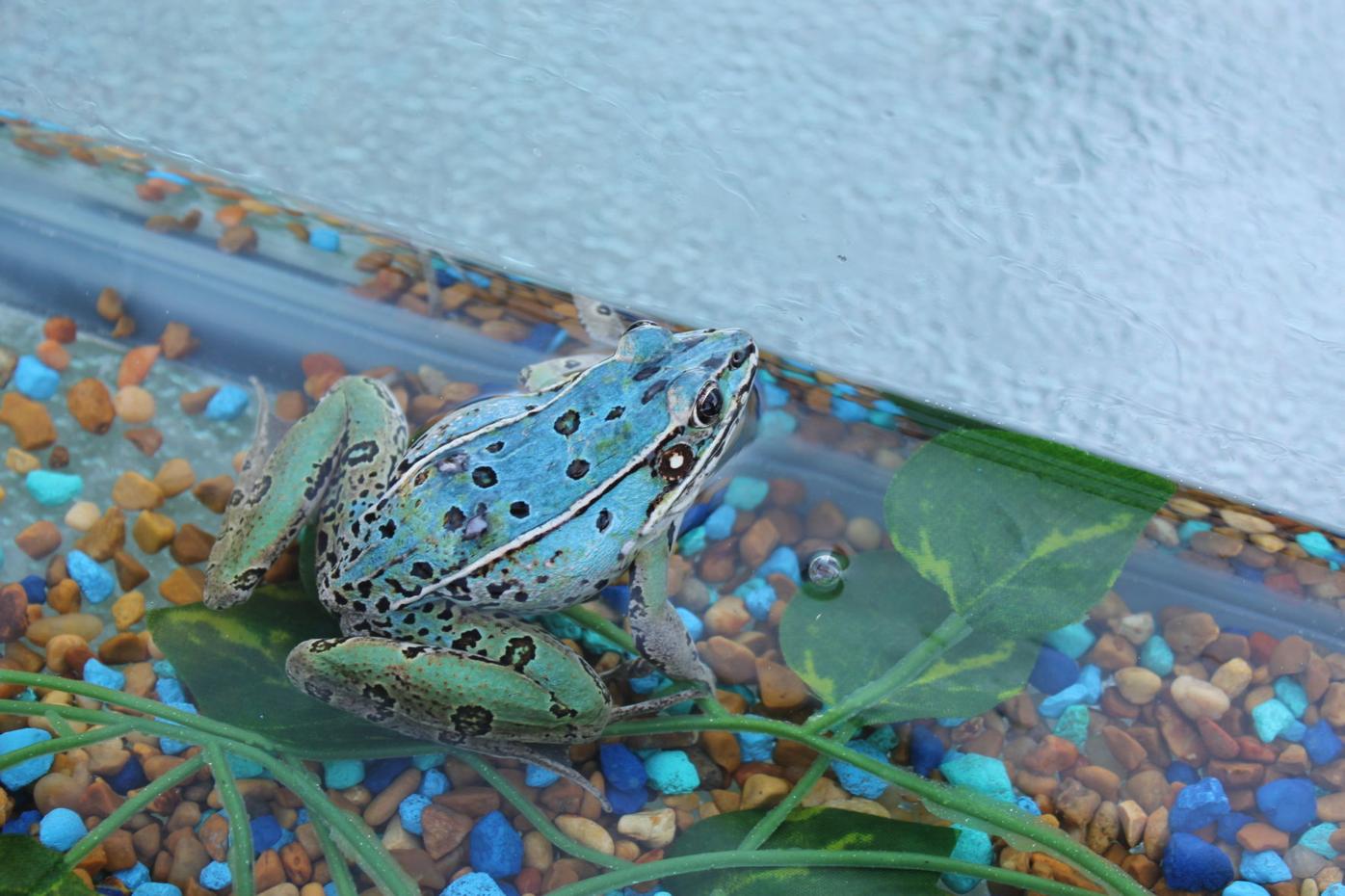 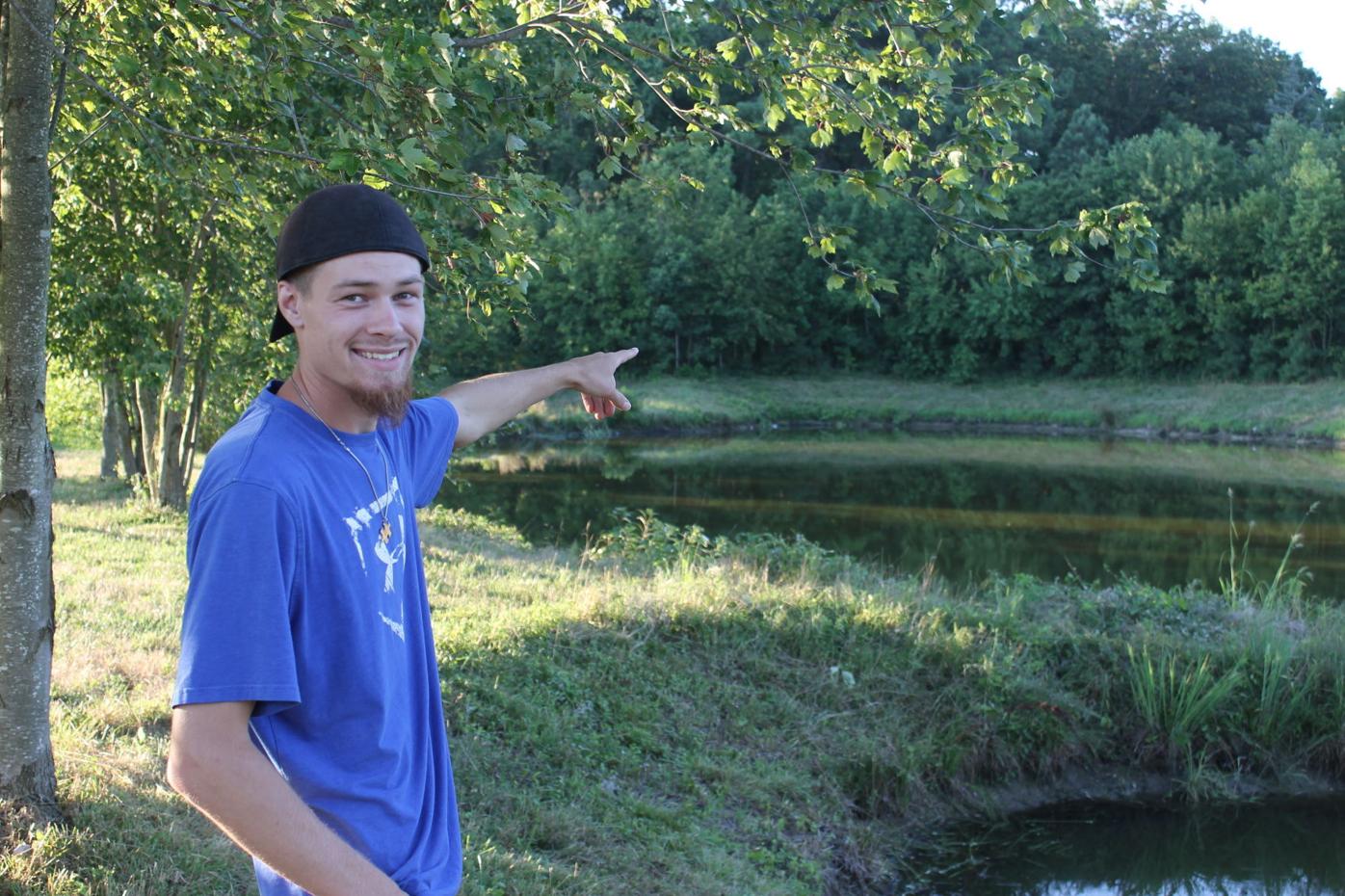 Seth Gregory points to the area of the pond in Ridgely where he found the blue Southern leopard frog while going to feed the resident mallard duck. 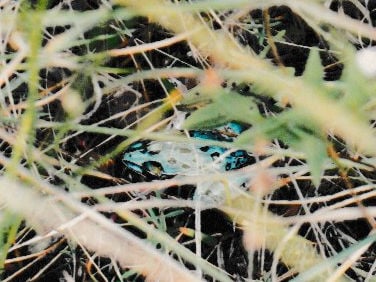 Scott Smith and John Moulis took a picture of the blue Southern leopard frog they found while fishing nearly 30 years ago in Ridgely. 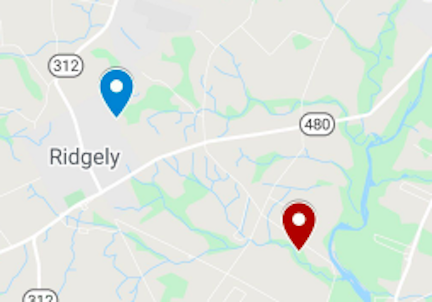 Seth Gregory points to the area of the pond in Ridgely where he found the blue Southern leopard frog while going to feed the resident mallard duck.

Scott Smith and John Moulis took a picture of the blue Southern leopard frog they found while fishing nearly 30 years ago in Ridgely.

RIDGELY — Seth Gregory was stopping by the pond in his neighborhood to feed the resident mallard duck when something caught his eye. A bright blue frog had emerged from the tall grasses and Gregory — the neighborhood’s reptile and amphibian enthusiast — scooped him up.

“I just grabbed him and ran back to show everybody,” he said.

Turns out, his blue leopard frog is quite rare.

Typically, leopard frogs aren’t an unusual sight in Maryland according to Jack Cover, general curator of living exhibits at the National Aquarium in Baltimore.

“This is a Southern leopard frog, which you can determine from the white spots on the eardrums visible in the photograph,” he said. “They’re pretty common throughout the Delmarva Peninsula.”

The blue coloring of Gregory’s frog is caused by a genetic xanthic color mutation.

“This particular frog is missing his yellow pigment cells,” Cover said. “It’s pretty rare, even more rare than albinism in frogs. And because they’re so visible, they’re easy pickings for predators.”

Leopard frogs can typically be found near water sources — like the neighborhood pond where Gregory made his find — in tall grasses where their usual coloring of green or brown with dark spots can help them hide from predators.

Scott Smith, a wildlife ecologist with the Maryland Department of Natural Resources, was interested in Gregory’s find.

“We found a blue frog near Brick Mill Landing when we were fishing about 28 years ago,” he said.

Smith and his friend John Moulis, who also works for Maryland DNR, captured their find on film — a picture Smith still has in his photo album.

“It just struck me how this little blue frog, almost lazuli blue, came out of this pond,” Smith said.

He said the recessive genes that cause the xanthic color mutation may be more common in the Ridgely area, given how rare they are nationwide.

“It’s only a sample size of two, but it’s pretty interesting that I’ve lived here about thirty years and there are two blue leopard frogs from the same area.”