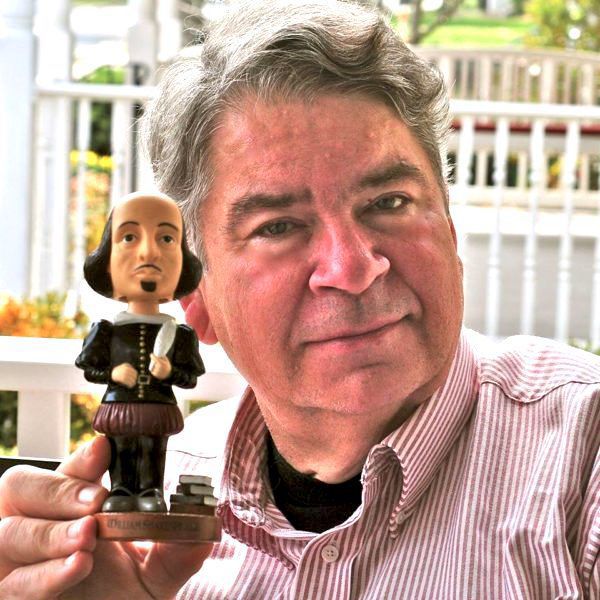 Pete Howell was fan of all things entertainment and literary, and helped found Shore Shakespeare among other societies. Howell died on Feb. 8 at the age of 70. 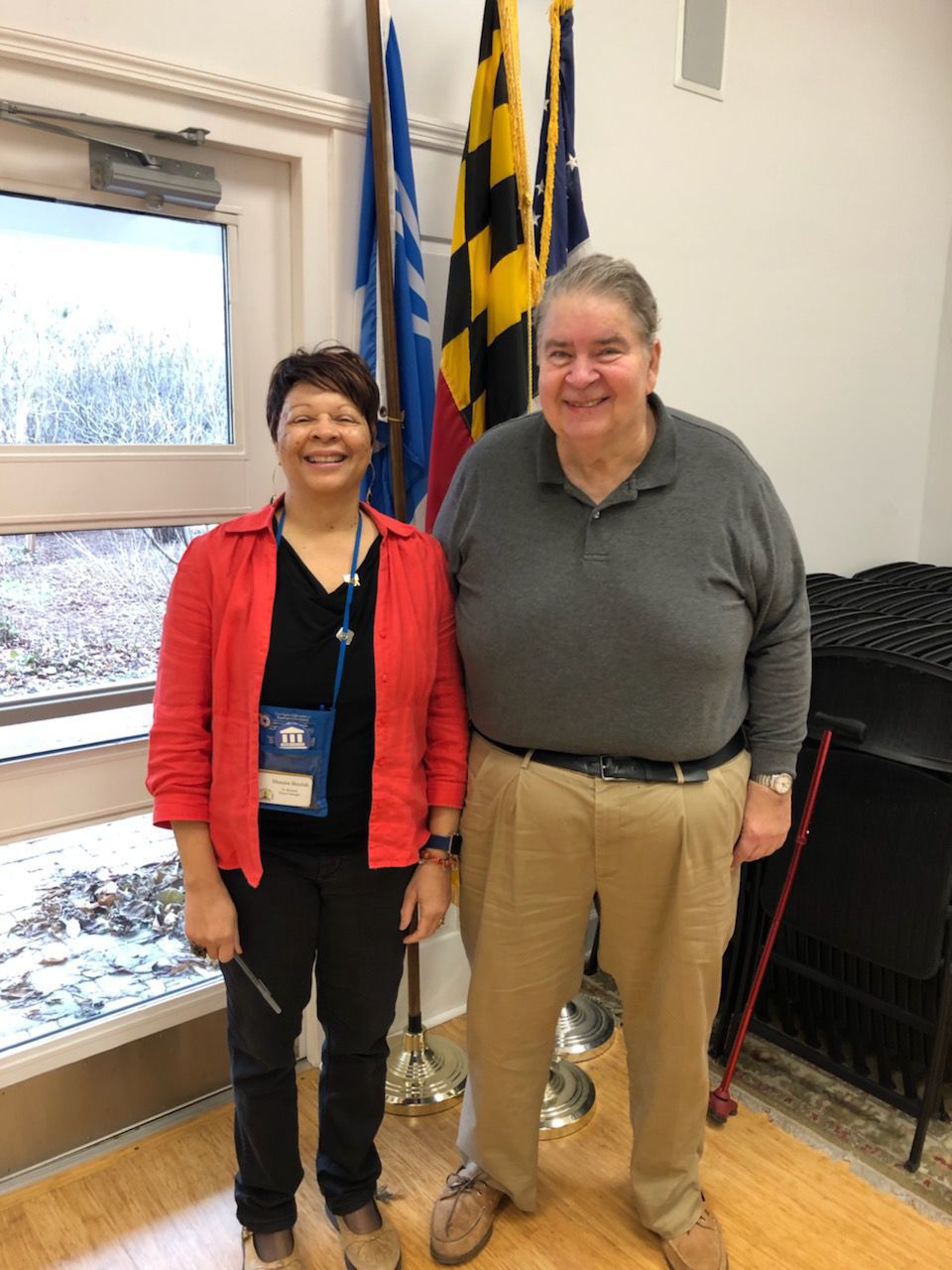 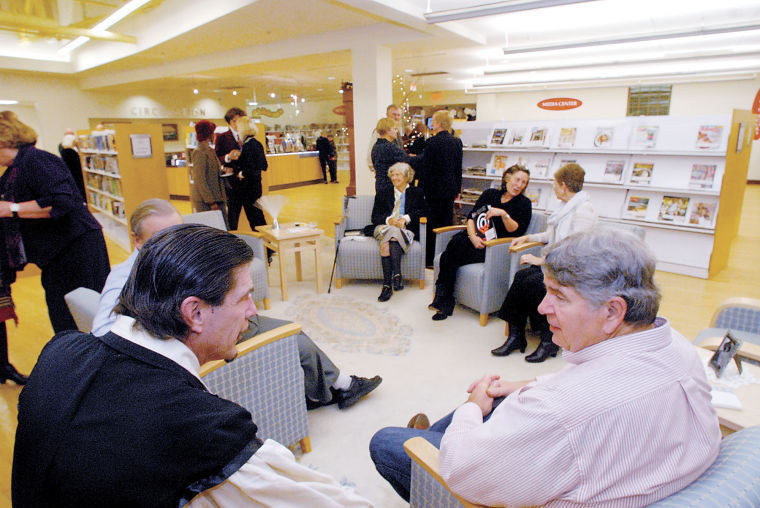 Pete Howell, right, visits with Shakespearian actor Chris Rogers during a fundraiser at the Talbot County Free Library in Easton in 2014. 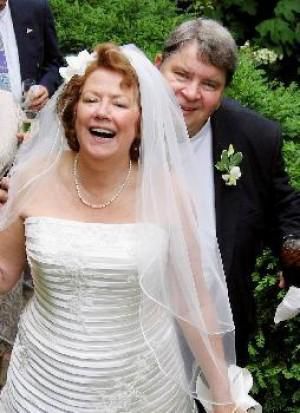 Pete Howell, right, and his bride Carla Cronin Howell were all smiles on their wedding day in June 2009. 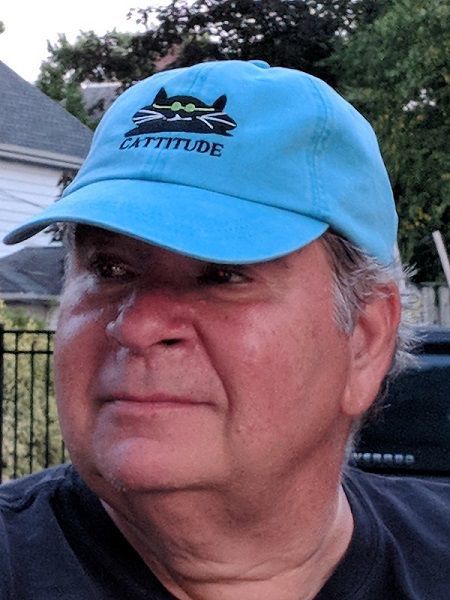 Pete Howell was fan of all things entertainment and literary, and helped found Shore Shakespeare among other societies. Howell died on Feb. 8 at the age of 70.

Pete Howell, right, visits with Shakespearian actor Chris Rogers during a fundraiser at the Talbot County Free Library in Easton in 2014.

Pete Howell, right, and his bride Carla Cronin Howell were all smiles on their wedding day in June 2009.

EASTON — He was a big guy — big in frame, big in intelligence and big in the giving of himself.

Pete Howell, veteran journalist, lover of the arts, philanthropist and supporter of those in need was even more than that to many people in Talbot County. Howell died at home Saturday evening, Feb. 8. He was 70.

There was nothing small about Pete Howell. His deep, resonating voice could have been a broadcaster’s, and he was called upon several times to be a master of ceremonies.

Better still, that voice was attached to a seemingly limitless vocabulary that rolled off his tongue with the greatest of ease. He could turn the most ordinary of circumstances into entertaining fodder.

Howell was born on July 27, 1949, to the late L. Bennington Howell and Nancy Bennett Howell in New York City. He attended public schools in Connecticut and graduated in 1971 from Dickinson College in Carlisle, Pa. He married the late Ginger Page Howell in the mid-’70s.

One of his early jobs was entertainment editor of The Athens Observer in Georgia.

The Star Democrat Editor Emeritus Denise Riley recalled interviewing Howell for a job while having lunch with him at the Tidewater Inn around 1988.

“Pete was nothing if not enthusiastic about the job and moving his family to Easton,” she said.

His daughter and only child Kate Howell was raised on the Eastern Shore.

Howell worked as a copy editor, editor and writer for The Star Democrat and editor-in-chief at the Times Record in Denton in a career that spanned more than two decades.

He was best known as the entertainment editor of The Star Democrat, reporting and putting together the Weekend! magazine section that appears every week with the Friday edition.

Riley said it was the perfect job for him, as he had a penchant for all things entertainment.

“He knew his beat thoroughly and with great affection,” she said.

Great affection was right. Howell tackled his role as entertainment editor with a gusto that had not been seen before. He championed painters, poets, singers, dancers and more.

From the Mid-Atlantic Symphony coming to town, to the Tred Avon Players, Peake Players, Church Hill Theatre, to the public and private schools’ annual musicals, Howell reviewed them all.

He is credited by many in the arts community for playing a role in Talbot County’s and Easton’s development into the “arts mecca” that it frequently is today.

Howell was an arts journalist during a very formative time, and his interest and promotion of even the smallest productions elevated the performances to a new level, helping to sharpen and improve the efforts of the volunteer actors, directors and producers, even as he rewarded them, according to those in the arts community.

Before long, he became the “go-to” person for musicians, teachers, band directors, artists and those who were trying to break into the industry. Because of its nature, the news he handled was always good, always uplifting.

And Howell took it one step further. When he was not reporting on it, he was volunteering in it.

He was never at a loss for words — only when the situation demanded it. Howell’s talent for funny and, at times, sarcastic remarks are what many folks remember about him.

Once in a while, those remarks got him into trouble. Most times, they made him a memorable and amusing person to be around.

“He was a very interesting person,” said Alex Handy, who volunteered as an actor and also director in some of Talbot County’s plays.

In the newsroom, during The Star Democrat’s frequent computer crashes, those sitting near Howell could be treated to the some of the most creative uses of profanity they had ever heard.

But then the phone would ring. It would be someone like the mother of the star of Easton High School’s senior class play.

Ever the gentleman, Howell’s voice would become soft and full of compliments. He would tell her how much he loved the production and how talented the student actors were.

Howell had no trouble recalling odd facts and figures that could be used in a variety of ways.

He could be one of the most cunning and unbeatable trivia players ever, and he constantly recruited anybody and everybody to join his team at local bistros and taverns on various trivia nights. Many times, the competition didn’t stand a chance.

Riley said Howell “was a walking encyclopedia for movies and music.”

“Who needed Google when Pete was handy?” she said.

Greg Maki, current deputy editor of The Star Democrat, began reviewing movies for Howell in 2001, and his writings soon became a regular feature under Howell’s direction.

When Howell retired from the newspaper in 2008, Maki became Weekend! and entertainment editor.

“‘Maki at the Movies’ wouldn’t exist if Pete hadn’t given me the opportunity to write reviews when I was fresh out of college and really didn’t know much,” Maki said.

“I learned a lot about writing and criticism from Pete,” he said. “He was an invaluable mentor to me in my early years here, and no one has had a bigger impact on my career.”

After the death of his wife Ginger and his retirement from The Star Democrat in 2008, Howell went through a reinvention of sorts.

He stepped up his energetic volunteerism in theater, music, the arts and many of the charitable organizations he knew so well. He married the former Carla Cronin in 2009.

Howell volunteered at and became a Talbot Mentor, challenging young people to ping-pong matches at a local community hub.

He volunteered at the Talbot Humane Society and Phillips Wharf Environmental Center, and served on the boards of the Talbot County Arts Council and Talbot Mentors.

He was a founding member of Habitat for Humanity Choptank and Shore Shakespeare, and helped found the Denizens of the Bar of Gold, a Sherlock Holmes scion society that meets in Cambridge twice a year.

Most recently, he served as the self-titled “grand poohbah” of the Talbot Cinema Society.

Howell was an active member of Third Haven Friends Meeting, volunteering on the meeting’s outreach and scholarship committees, and helping to coordinate its participation as a homeless shelter in the winter for several years.

When Easton churches merged their homeless shelter efforts into Talbot Interfaith Shelter, it became clear they needed a permanent building to put up those in need for the night. The search for a building was not an easy one.

Howell’s wife Carla had owned and operated the Victorian bed and breakfast Easton’s Promise on Goldsborough Street, but she wanted to sell the building and retire from the life of a B&B owner.

The Howells made it possible for TIS to purchase Carla’s building for the shelter.

“Pete and Carla showed incredible strength, grace, and patience as we applied for our permit to operate at Easton’s Promise, and in the two years it took for all of the appeals to resolve,” a statement on the TIS Facebook page read this week.

“Since we opened our doors in November of 2014, Pete has volunteered at Easton’s Promise every Friday, as well as continuing to coordinate the volunteers from Third Haven,” it continued.

“Pete and Carla are inextricably woven into the fabric of our history,” the statement read. “We are forever grateful for what their generosity of heart and spirit have enabled us to become, and are absolutely heartbroken that Pete is no longer with us.”

Howell’s health had been declining in the last few years with multiple hospital stays, but he seemed to be holding his own recently.

The day before he died, he hosted a dinner party alongside his wife at their home for a group of people from Carla’s church.

Philip Carey Foster was there and recalled that Howell happily played the role of gracious host. He said they had an interesting talk about Howell’s life and times as a journalist.

When news of Howell’s death spread, there were many Facebook tributes praising particularly his writing and his generosity.

“He was a bigger-than-life kind of guy,” Riley said.

He is survived by his wife, Carla; and daughter, Kate; as well as his cousin, Adelaide Northrup; sister-in-law, Kimberly Dine Cronin; and nephew, Christian Cronin. Along with his first wife, Ginger Page Howell, he is predeceased by his brother-in-law, Timothy Cronin.

A celebration of Howell’s life will be held at 4 p.m. Wednesday, March 4, at the Avalon Theatre, 40 E. Dover Street in Easton.

Memorial donations may be made to Talbot Interfaith Shelter, Talbot Humane Society, Phillips Wharf Environmental Center, Habitat for Humanity Choptank or the charity of your choice.