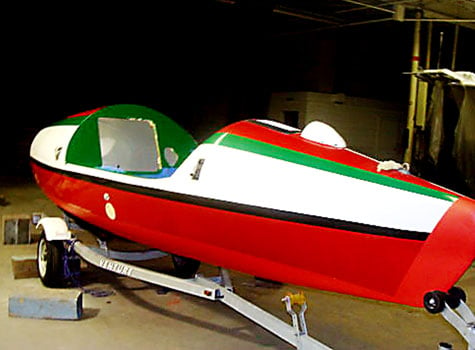 This 20-foot rowboat is headed for a trans-Atlantic trip in December. 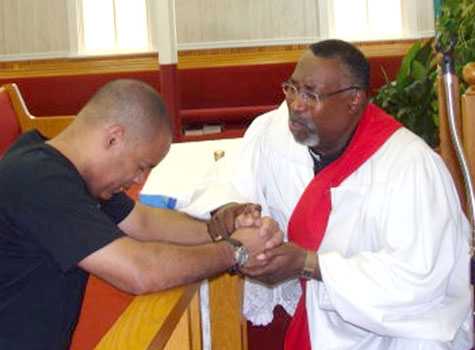 This 20-foot rowboat is headed for a trans-Atlantic trip in December.

TRAPPE After a year of reconditioning, a 20-foot rowboat intended for a 5,000-mile trip to benefit AIDS awareness is ready to leave Talbot County and head to Africa.

Victor Mooney, of Forest Hills, N.Y., has twice tried to row across the Atlantic to promote AIDS awareness and to raise money for AIDS medicine in sub-Saharan Africa and in the U.S. His first boat sank in the Atlantic Ocean, and Mooney had to abandon his second trip aboard a second vessel.

The third boat, aptly named Never Give Up, needed some work and Composite Yacht owner Martin Hardy signed on for the project.

Mooney returned to the area last week, where he stayed in a warehouse that housed the boat and attended church services before taking the boat back to New York. He credited the local community for help with his project, for which fundraising continues.

"Locally, the community has kept the project alive," Mooney said. "One lady has volunteered to do hull repair work and paint the boat. Another person is making cabinets ... another volunteer professional. Finally, another person is doing the electrics.

"Composite Yacht has been incredible, they have provided the space and received all of my equipment from around the country. More importantly, the expert advice of Martin Hardy has been indispensable."

Last year, Mooney and his wife, Su-ping, visited the boat at Composite Yacht. During the visit, Su-ping gave the nod of approval an important thing for the man who plans to camp out in a 6-feet by 8-feet area for about five months.

Mooney plans to row on Dec. 1 from Cape Verde, an island country spanning an archipelago in Macaronesia off the western coast of Africa, to Brooklyn, N.Y. The boat is scheduled to ship to Cape Verde from Boston on Oct. 17.

Mooney has been rowing around the waters off New York City for about 10 years, raising money and awareness for a disease that touched his family.

"It took one brother and I have another one living with it," he said. "So many people are walking around positive, afraid to get tested. I'm hoping this mission will encourage people to get tested for the virus. That's the real focus.

"Even if one of your readers goes to get tested, that's a victory. I hope there's a cure in my lifetime."

The trip is a goodwill mission, but Mooney hopes to raise about $50,000 to cover expenses. Donations may be made at www.goreechallenge.com, where there is also more information about the trip.