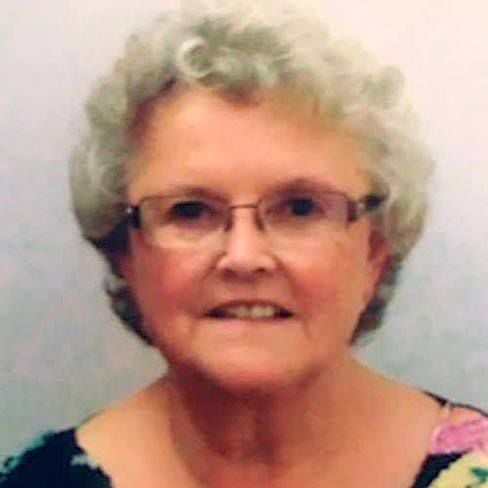 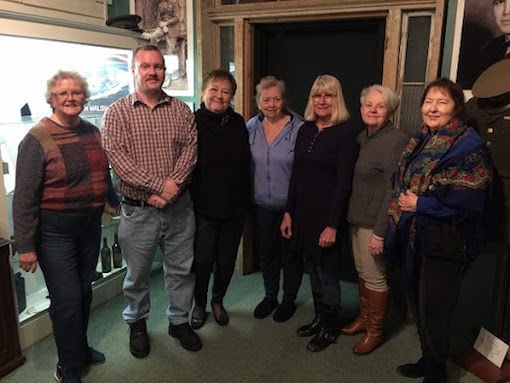 Museum of Rural Life docents, including far left, Jo Ann Staples Next to her is writer Chad Dean.

Museum of Rural Life docents, including far left, Jo Ann Staples Next to her is writer Chad Dean.

A mobile scale-model version of the Vietnam Memorial in Washington, D.C., was displayed on the grounds of Easton VFW Post 5118 for a week in spring 2018 as part of an annual nationwide honor and remembrance tour organized by veterans of that conflict. According to the official website: “This Traveling Memorial stands as a reminder of the great sacrifices made during the Vietnam War. It was made for the purpose of helping heal and rekindle friendships and to allow people the opportunity to visit loved ones in their home town who otherwise may not be able to make the trip to Washington.”

The permanent memorial wall, a unit of the National Park Service, was dedicated in 1982. Artistically designed as two slabs of black granite that rise to a height of 10 feet where they meet but only 8 inches at the farthest points, the total length of the formal Vietnam Veterans Memorial is nearly 500 feet. It is divided into 140 panels currently containing the names of 58,320 service personnel who died in the line of duty or as a result of medical conditions stemming from the conflict that featured varying degrees of American involvement between 1954 and 1975. This figure also includes about 1,500 Vietnam veterans who still are officially considered missing in action.

Based out of Florida, the traveling display is a 60% approximation of the memorial in Washington, D.C. As such, when these panels are placed for public view, the wall tribute still is as long as a football field. A signature feature of each week-long stop around the country is the continuous reading of the names on the wall from 5 a.m. to midnight, a process that usually takes six days. Descendants of the fallen, other family members, area veterans, community members, local civic leaders and school groups are invited to read and otherwise solemnly engage in the diverse programs offered on the grounds.

For one area researcher, this wide call for participation leading up to the 2018 exhibition in Easton inspired a quest that continues to this day. After reading that 78 Eastern Shore residents, including four Caroline Countians, are enshrined on the wall, Jo Ann Staples of Williston was compelled to act.

A VFW spokesman said attempts had been made to contact regional family members for each deceased Vietnam veteran, but were unsuccessful in locating anyone related to William House of Ridgely (killed in action, 1964) or Roberts Burrows of Denton (killed in action, 1970).

Staples, a volunteer and docent leader on behalf of the Caroline County Historical Society, immediately sprung into action. Within weeks of the VFW event, she was able to make contact with a cousin of U.S. Army Staff Sgt. Burrows who now lives in Georgia.

Tracking down local connections to House, on the other hand, has proven much more difficult. Despite her exhaustive efforts using traditional genealogical approaches, enlisting the help of several local historical societies, publishing requests for information in the monthly Caroline Review and social media outreach through Caroline Past and Present, leads remain elusive.

Plenty is known about the military career Chief Warrant Officer House, Staples said, but little about his time in Ridgely. To complicate matters, he was born on the Eastern Shore of Virginia in 1928 and was living south of Washington, D.C., by 1950.

With that said, his official military records list his hometown as Ridgely, Md. There must be a legitimate and verifiable reason for that entry, unless it is an improbable and unexplained error; assuming the information is correct, there hopefully is a friend, acquaintance, colleague or other contact in or near modern Caroline County who is able to recount his time here. For now, this latest “Shore Noir” mystery remains and the search for local specifics about William House continues.

Historians in Caroline County would enthusiastically claim House as officially one of their own. Staples speculates House likely was sent to Ridgely to work a cannery or factory job during World War II while older laborers were fighting overseas. Once of age to enlist in the military, he did so. A distinguished career soldier for 18 years prior to his death, including service in Korea, the HonorStates.org biography for House lists nine medals, badges and other commendations. House was killed in combat when his helicopter was downed by an RPG in South Vietnam on Jan. 17, 1964; he was in command of the aircraft at the time. No members of his crew survived the attack.

Should readers have any contacts, resources, or definitive information to share about William House that may confirm his connections to Caroline County, please contact Jo Ann Staples using jstaples51@gmail.com.