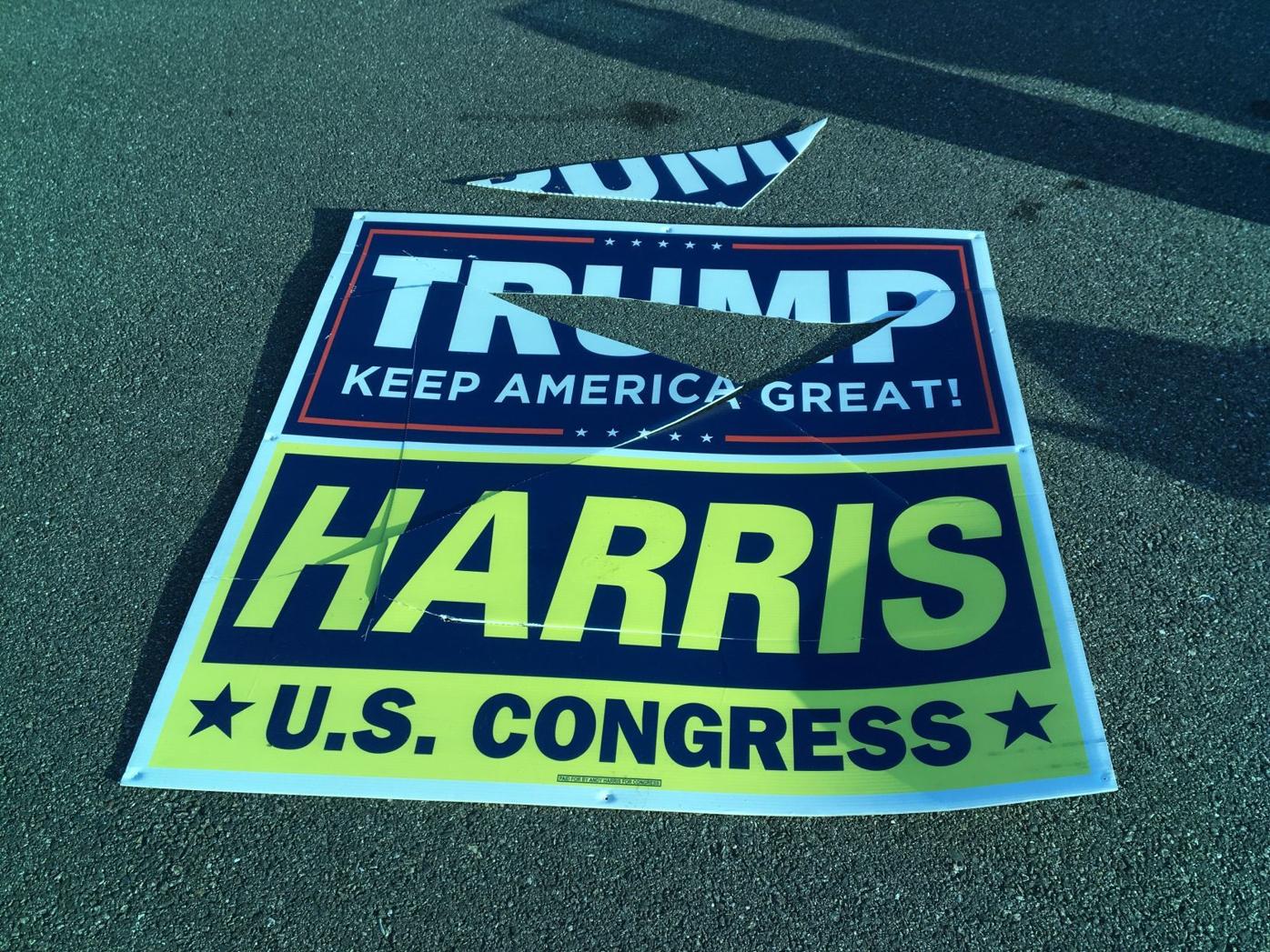 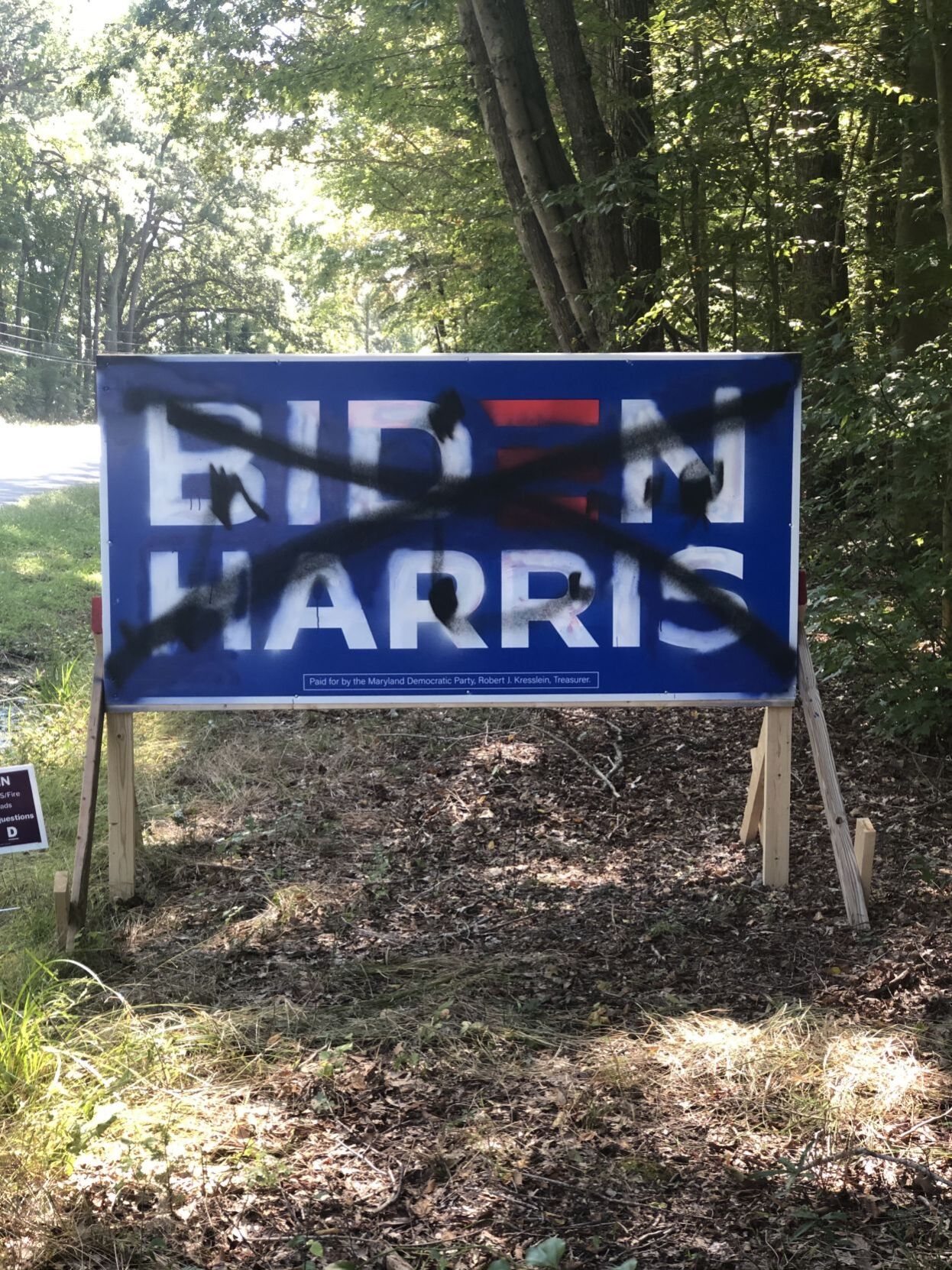 A Biden sign on Oxford Road in Easton was recently vandalized.

A Biden sign on Oxford Road in Easton was recently vandalized.

EASTON — Campaigns signs — whether they be from President Donald Trump or Joe Biden — are being damaged, stolen and vandalized throughout the Eastern Shore as the coarse levels of political discourse reach into front lawns and roadside greenbelts.

Reel said the controversy is part of a broader problem: "I think this whole sign issue is a symptom of a lack of civil discourse."

The problem is a bipartisan one with signs promoting Joe Biden and running mate Kamala Harris also being stolen or defaced.

A large Biden/Harris sign on Oxford Road in Easton was recently spray painted.

Patrick Firth, chair of the Talbot County Democratic Party, said there have been other incidents. “We have had significant acts of damage, vandalism, and theft to Biden-Harris yard and highway signs across Talbot County,” Firth said.

Dennis Parker, spokesman for Mia Mason, a Democrat challenging Andy Harris for his Eastern Shore congressional seat, said at least one sign was likely dumped in the Chesapeake Bay. “We got a call from the Chestertown Marina stating that a large Biden and Mia sign floated up to their dock,” Parker said.

The Talbot County Sheriff’s Office and Easton Police Department both report receiving calls from residents who have had campaign signs stolen or defaced.

The Easton Police, Sheriff’s Office and Maryland State Fire Marshal responded to two Trump/Pence campaign signs on Sunday, Oct. 4, that had wires and some kind of objects attached to them. The incident resulted in closed streets in Easton. The bomb squad was called in before the signs were deemed harmless.

Political discourse on cable news networks and on social media has been equally ill-tempered. Some Trump critics have mocked the President’s positive COVID-19 test, while Biden detractors question his age and cognitive capabilities.

Dorchester County Republican Central Committee Vice Chair and Chairman of Victory for Trump of Dorchester County Ted Bryant said the problem of stolen signs is also prevalent in his county. He said signs are being removed and damaged in place, including two large Trump signs on Route 50 that were damaged. Bryant said sign theft and vandalism also took place during the 2016 election when Trump beat Hillary Clinton.

Reel said police have been helpful, but can not be everywhere at once. He also said that all political signs and differing political ideologies should be respected.

"It's not us versus them — sign damage is flat out wrong,” Reel said.