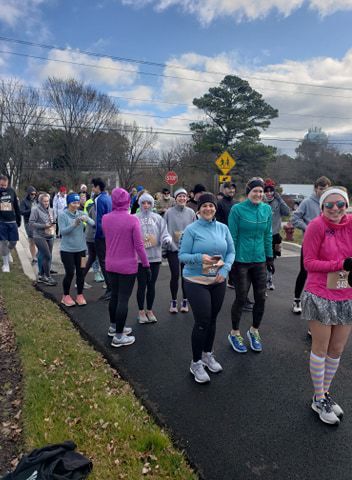 ChocolateFest is a popular event for tourists from across the Bay Bridge, and could be impacted by a $50,000 advertising cut in the budget through June 2022 passed by the Commissioners of St. Michaels. 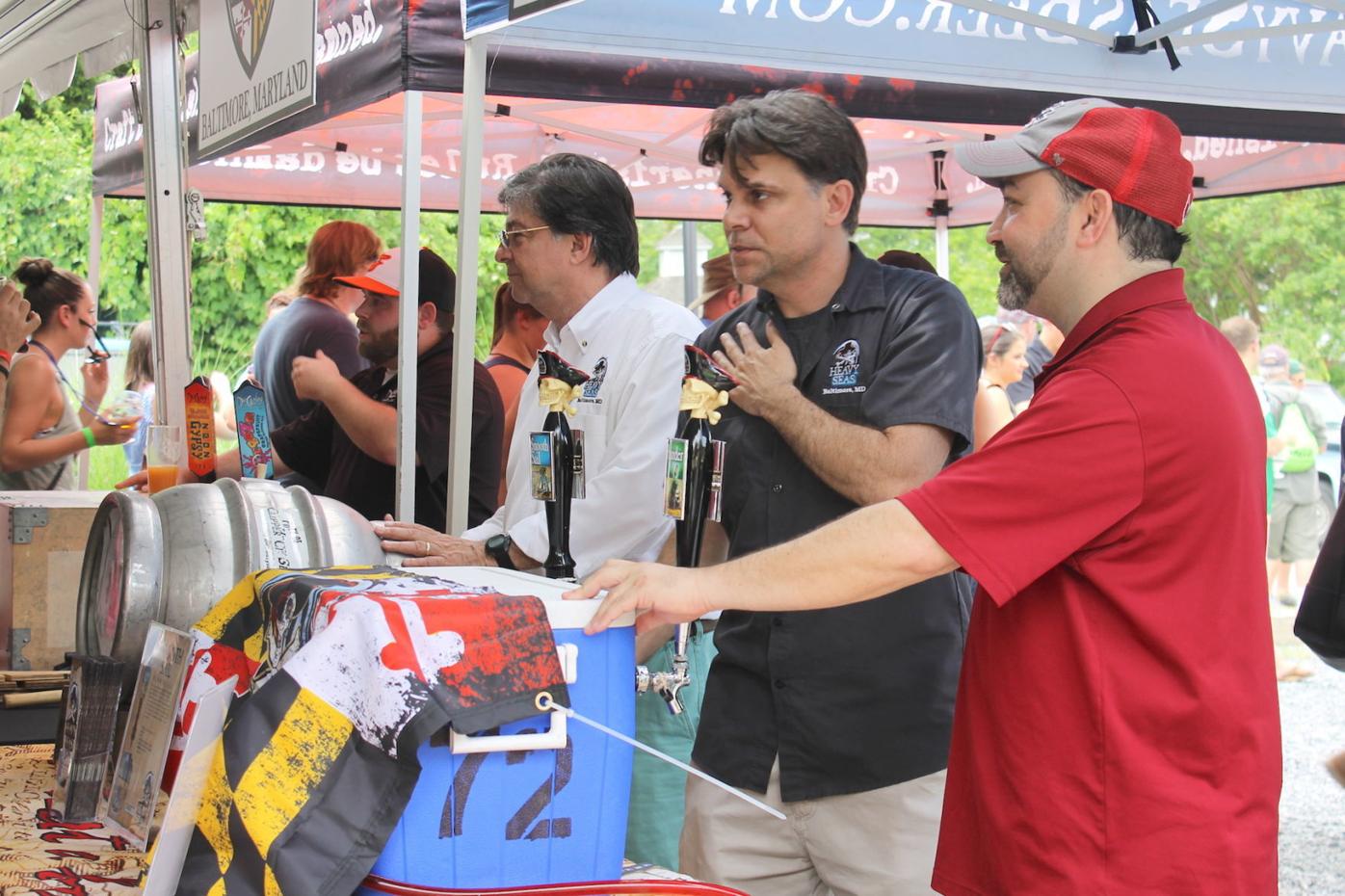 St. Michaels Brewfest is one event the town advertises to bring in tourists. Treasurer Tad DuPont revised the budget through June 2022 to cut advertising costs by $50,000. 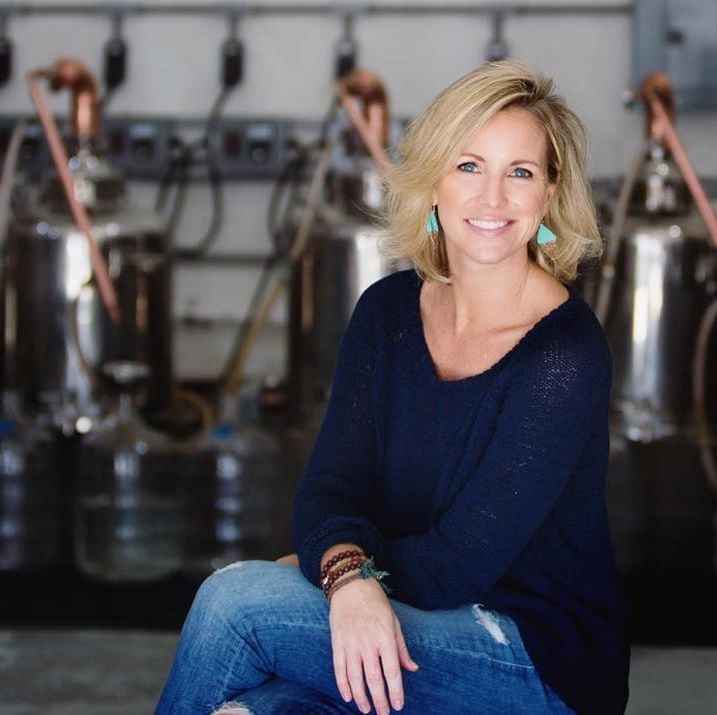 ChocolateFest is a popular event for tourists from across the Bay Bridge, and could be impacted by a $50,000 advertising cut in the budget through June 2022 passed by the Commissioners of St. Michaels.

St. Michaels Brewfest is one event the town advertises to bring in tourists. Treasurer Tad DuPont revised the budget through June 2022 to cut advertising costs by $50,000.

ST. MICHAELS — The Commissioners of St. Michaels approved a town budget running through the end of June 2022 after a contentious public hearing during which multiple business owners and residents fought over a $50,000 cut to the advertising and marketing budget.

The commissioners approved the budget by a 4-1 vote including reducing the town’s advertising budget, with Jaime Windon voting against it after a clash with Treasurer Tad DuPont, who drafted the budget. Multiple business owners and concerned residents, and Talbot County Economic Development and Tourism Director Cassandra Vanhooser, also spoke out against the $50,000 advertising cut before the vote.

The marketing and advertising budget is funded by a hotel and accommodations tax from visiting tourists. The tax is collected by Talbot County and distributed to towns to promote tourism spending for local businesses. After the budget cut, advertising funds were slashed from $140,000 to $90,000.

In addition to the cut, the commissioners agreed to hold a surplus of $60,000, mostly leftover from last year’s advertising budget, in reserve — to be used for marketing and advertising or public safety. The town was criticized as holding the money “hostage” by business owners.

DuPont reiterated that an advertising budget cut would still be spent on tourism-related costs. The town is redirecting the $50,000 to better fund public safety measures, such as trash pickup, police services and parking, a concern for some residents who say St. Michaels is overwhelmed by tourists.

DuPont said the town was already booked this summer, which “puts us back in the category of public safety and quality of life for residents.”

“The businesses are a part of this town, but they are not all of this town,” he said. “The people are this town, the residents are this town ... it’s a very fine, fine line for all of us to co-exist. We need to do that respectfully, and conscientiously.”

Commissioner David Breimhurst also voiced strong support for the advertising cut, referencing the county code that shows redirecting the money is legally allowed because it’s being funded for tourism-related costs.

He also said it was a “fair approach” for the entire St. Michaels community considering the town has nine police officers for a small town with a population of about 1,000.

“I do understand and appreciate the value of advertising — that is why the town of St. Michaels will continue to advertise with what I believe are sufficient funds for the fiscal year,” he said. “We have many costs associated with tourism — a police force that is at least double the size a town of our population would need, extra trash collection and park maintenance and facility maintenance — if we were to keep every penny of the accommodations tax, it still wouldn’t cover the cost of the extra police protection alone.”

Talbot County collects the tax and takes a 5% fee, giving the rest back to towns. St. Michaels received $609,000 last year from the hotel and accommodations tax and collected more than $500,000 after spending 25% on the advertising budget.

But the money only has to be used to “alleviate costs associated with tourism,” according to county code, meaning towns are not obligated to spend at least 25% of the money on promoting tourism.

Still, business owners pointed out that St. Michaels collected nearly half a million last year, which was more than sufficient to cover tourism-related costs.

“This creates so much more than (we) spend and the return on investment is huge,” said Iris Clarke, the owner of Sail Selina, which gives boat tours in town. She urged commissioners to add the $60,000 back to the advertising budget. “It’s an investment in our future, not necessarily this season, but next year, and the years after that.”

DuPont suggested the cuts earlier this spring, at first announcing a $100,000 reduction, prompting businesses to send a flurry of letters to the town. They fiercely argued that cutting the advertising budget would deplete revenues for St. Michaels and hurt small businesses in the long-term, criticizing the commissioners as “short-sighted.”

But a $50,000 cut, along with the decision to hold $60,000 in reserve, still drew a backlash from businesses and concerned citizens.

“Tourism money should stick with tourism, not be cut (and redirected) for trash collection. It’s a slap in the face to all businesses,” said Donna Hunt, a former town commissioner. “We are all responsible for trash collection, and our town does a great job of outsourcing that piece of the puzzle — and you are holding $60,000 dollars hostage?”

Some residents spoke out in support of DuPont’s proposal to fund public safety measures to handle tourism, saying the town is overwhelmed by tourists on the weekends and during the summer months.

“Tourism equals congestions,” said Daniel Spiegel. “Those who are advocating maximalist, tourist programs here are really oblivious to the issue of congestion in this town. And we will reach a tipping point that the tourists won’t come here unless we decongest this town.”

The Inn at Perry Cabin, one of the largest contributors to the accommodations tax, spoke out against the proposal during the meeting. Hotel staff have taken the position that increased litter and an overwhelming number of tourists last year was a consequence of the pandemic, and the issue would eventually resolve itself.

Ahead of the vote, Windon was the sole commissioner to stand up for businesses. Windon announced she was “disheartened” to see “an arbitrary cut” in the short-term that would affect the town — which competes with Annapolis, Ocean City, and other destinations — in the future.

“What is the long-term vision for this town?” she asked. “And as for the $60,000 in surplus in reserve, if it’s earmarked for tourism it should be in (the) budget, full-stop. Otherwise, it’s easily going to be chipped away ... it’s simply a savings account that is general and will be spent however the commissioners deem.”

The commissioners wrangled over the reserve money: DuPont and Windon had a heated, back-and-forth row over it. Windon called the budget proposal “poor planning” for the future of St. Michaels, and DuPont said “it makes sense, it’s logical and it gives the town a little more flexibility” and “government doesn’t advertise for corporate.”

The inside fighting among town officials was also evident when Kimberly Weller, who advertises and promotes tourism with the budget money, came out against the advertising cut.

Weller said St. Michaels earned $477,000 in accommodations tax five years ago, and the town’s aggressive marketing raised that to more than $600,000 in revenue last year.

“I feel very passionately that cutting any of the marketing budget is a mistake,” Weller said. “I can’t survive on any cuts, because we’re not looking at short-term, we are looking at long-term. In addition to that, the accommodations tax is 17% of the budget, and that number is significant (not only) to how much is contributed ... but also to how much residents would have to make up for it” in the absence of revenue.

Vanhooser, the lead tourism head for Talbot County, warned the council before the vote against cutting the advertising budget.

She said the accommodations tax is law passed by the Maryland General Assembly and is similar to a fee that is “collected the world over.”

“The town is really not subsidizing tourism, it’s a fee that is collected to support tourism,” she said. “I encourage you to continue to invest in tourism and all of the benefits it brings.”

Brad Dress is a Star Democrat staff writer covering the environment, local issues and politics on the Mid-Shore. You can reach him at bdress@chespub.com.