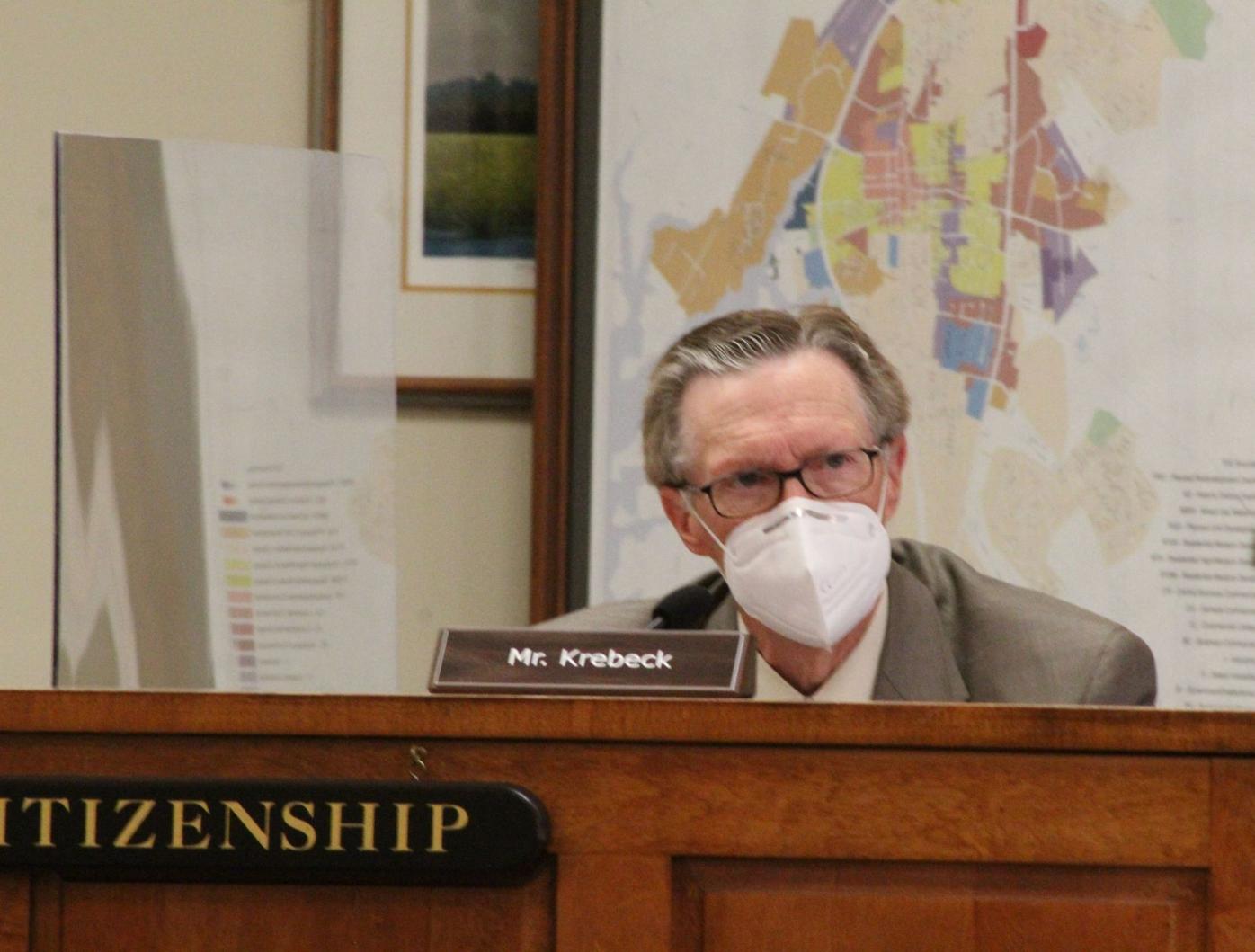 Zakary Krebeck, a Board of Zoning Appeals member, asks questions about the new homeless shelter opening up in Easton. 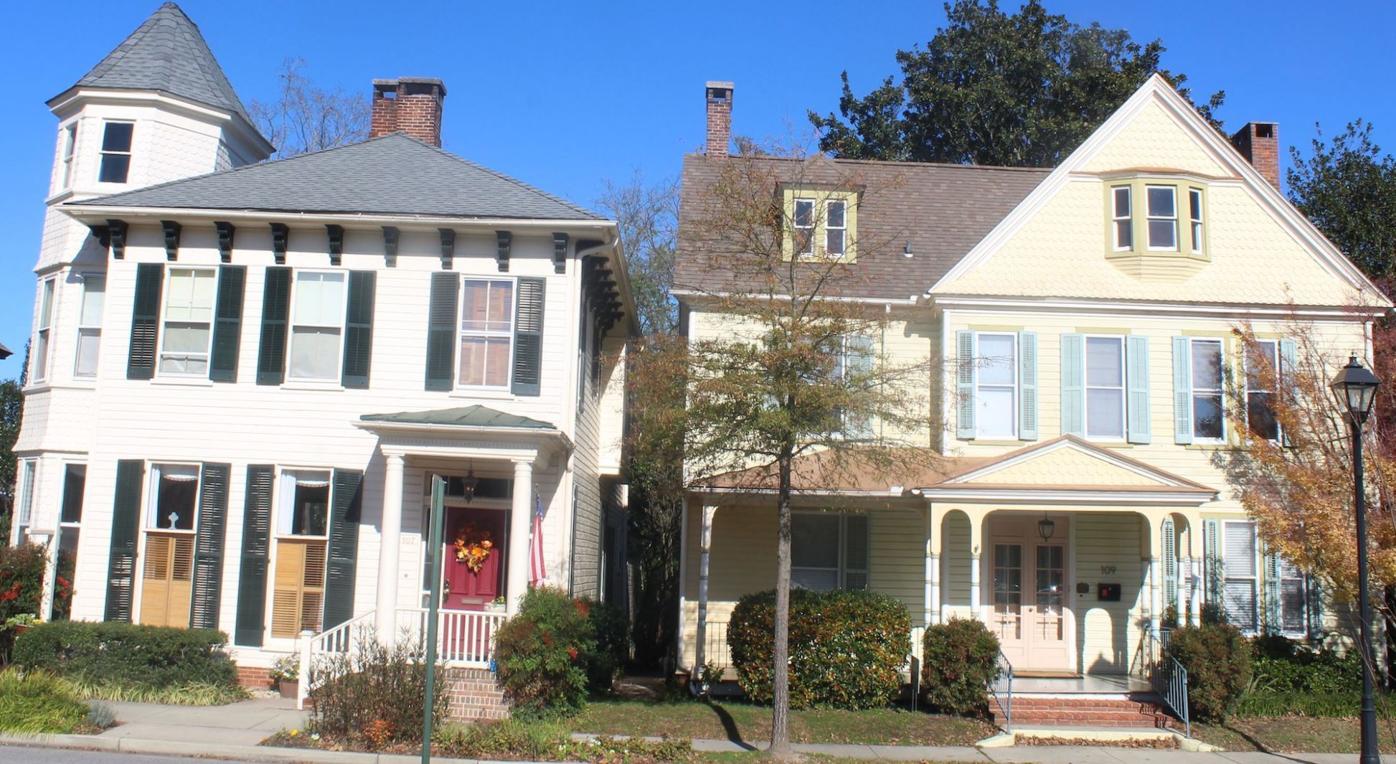 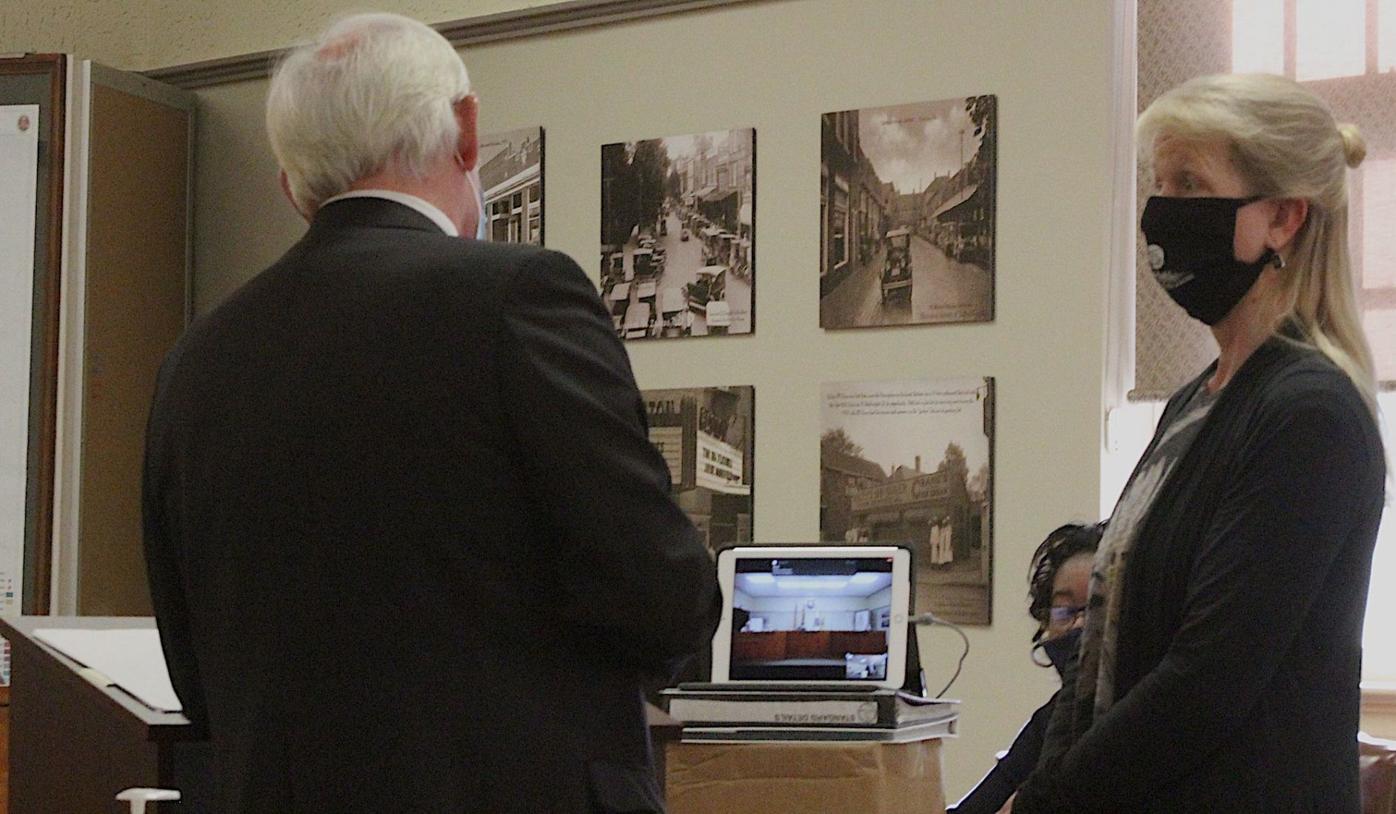 More than 10 gather on Nov. 17 for hearings on the new Talbot Interfaith Shelter proposed to open at 109 Goldsborough Street.

Zakary Krebeck, a Board of Zoning Appeals member, asks questions about the new homeless shelter opening up in Easton.

More than 10 gather on Nov. 17 for hearings on the new Talbot Interfaith Shelter proposed to open at 109 Goldsborough Street.

EASTON — Talbot Interfaith Shelter won approval Nov. 17 from the Board of Zoning Appeals to open a new homeless shelter at 109 Goldsborough Street, directly next door to the current shelter at 107.

The Board of Zoning Appeals unanimously awarded TIS a special permit to purchase and renovate the existing home at 109 Goldsborough Street and open its doors within six months.

TIS plans to turn the residence into a seven-bedroom house similar to the first shelter. The new home will have space for up to 14 people. Including the first shelter next door, Easton’s Promise, TIS will be able to serve up to 28 people once the second location opens its doors.

Easton’s Promise will continue to serve families, while the new shelter will house single men and women.

The additional support was needed during a pandemic and a time of economic crisis, said Julie Lowe, the executive director of TIS.

“We’ve had to turn many individuals away lately because we prioritize families,” she said. “It would be a wonderful relief to be able to serve these people.”

Chairman Peter Cotter voiced strong support for TIS. He said additional shelter is needed in Easton, and the “applicant has satisfied all the criteria” for the permit.

Six years ago, Cotter said he voted against the first homeless shelter that opened in 2014, but this time TIS has a clean track record.

”There is some history here. One of my concerns (when) voting against the previous shelter, was there was specific evidence of adverse impact,” he said, adding he was worried about property values being lowered. “I don’t see any of that today. This adds an element to the town that we don’t have enough of.”

The vote came after the board held public hearings, during which only two residents voiced opposition to the new shelter, and five came out in support of it.

Members of the downtown business community sent letters of support to TIS, and the Easton Town Council said during the Nov. 16 hearing that it would welcome more homelessness support services.

Charlie Barton, the minister of outreach at Christ Church Easton, read a letter from the religious community backing the new shelter. He told the board that he works with Lowe, and the work they have accomplished since 2014 has been valuable.

‘I myself was homeless in my twenties, so I know what a difference this makes,” he said. “We need to provide for these people.”

TIS originally planned to open a new shelter by 2020 or 2023. In May, Lowe and Jayme Dingler, the marketing and development director, decided to accelerate their plans after the coronavirus pandemic created a mass economic crisis.

“As soon as COVID hit and people started losing jobs, we immediately knew this was going to be bad,” she said. “We needed to speed up the timeline.”

They scoured Easton for commercial properties that would allow for a special exception permit, looking at six different locations, but finding none suitable.

TIS ended up right back where it started: the owner of 109 Goldsborough Street was interested in selling the home. The owner had been renting it out until that point.

Dingler said operating facilities directly next door to each other allows for a seamless transition for the 450 volunteers they cycle through in a given year.

“Services will all be under these two roofs right next door to each other,” she said.

The roughly 10,000 square foot home will include three bathrooms, a kitchen, a laundry room and a meeting space.

Some were in opposition to the new shelter at the hearings. In 2014, many had been opposed to the opening of a homeless shelter in downtown Easton. Only two were publicly opposed this time.

One neighbor, who lives at 111 Goldsborough Street, said he was worried about a decrease in his property value and said TIS had made a commitment in 2014 not to open a second shelter on the street.

“I just think this is a big disaster for Easton,” she said. “It’s not compatible with retail and restaurants; these people are not patrons. You’re more than doubling the square footage. And it’s definitely impacting property values.”

Lowe, the executive director for TIS, disagreed, telling Wetmore that those were concerns when they wanted to open the first shelter, but none of those issues ever surfaced or became a real problem.

“I really do not believe that this is, in any way shape or form, negative,” Lowe said.

Dingler said the home will operate just like the current one: nobody will even know it’s a homeless shelter. Property values did not go down after the first shelter opened in 2014, and they likely won’t again, she said.

Dingler pointed to a feature in Southern Lady Magazine, which pictured the house at 107 Goldsborough Street in a story about Easton. The magazine did not even know the house was a homeless shelter.

“Much of the success that our guests have is because of the setting,” she added. “It provides stability, comfort, dignity. It makes people feel welcome and a part of the community instead of relegated to the outskirts of town. It’s a home.”

Virtual town halls will be held at 2 p.m. and 5:30 p.m. Monday, Nov. 23, and Tuesday, Nov. 24. TIS invites the community to learn more about plans for the new facility and ask any questions they might have.