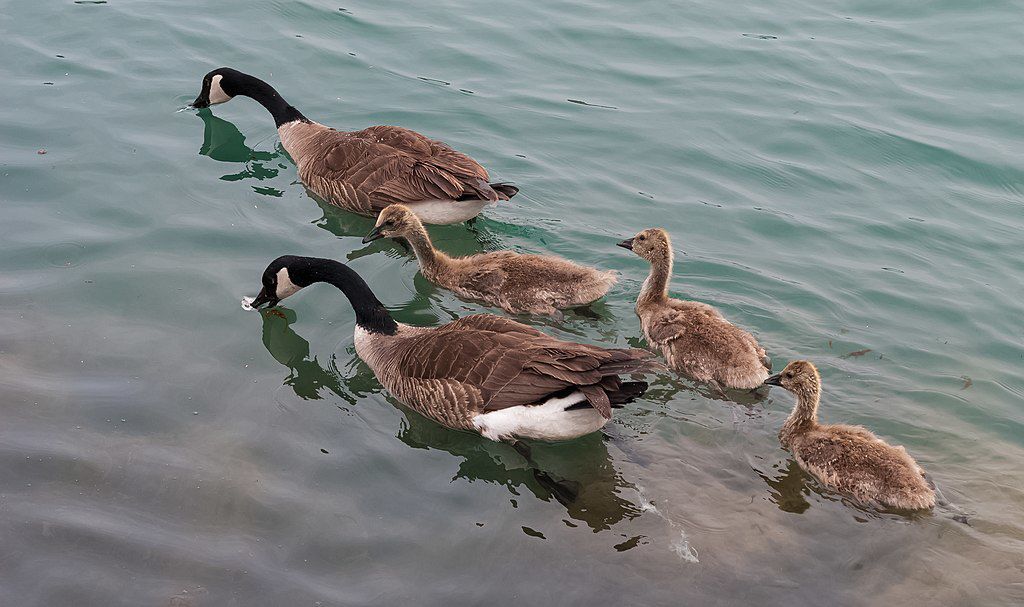 A Canada goose couple with their goslings skim insects and nutrients from a river. 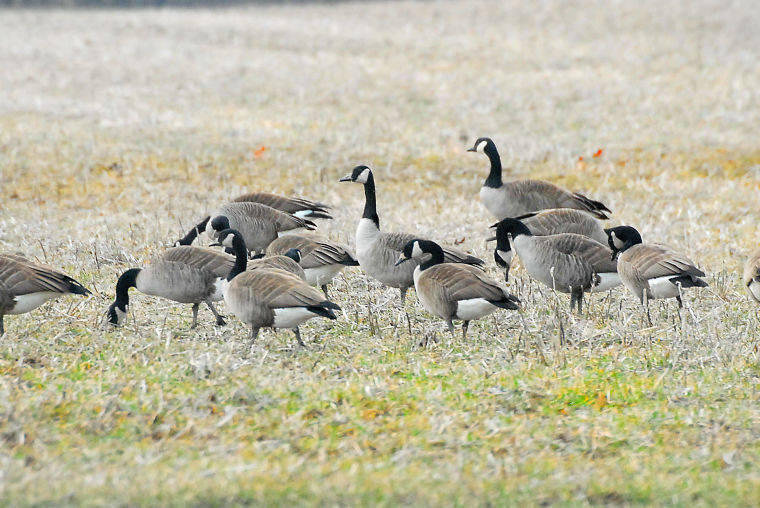 In this 2015 file photo, Canada geese feed in a field on Matthewstown Road in Easton. 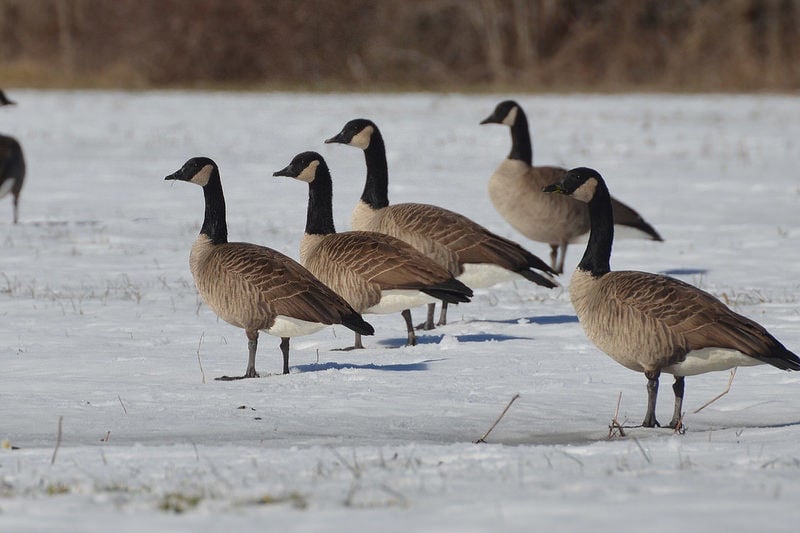 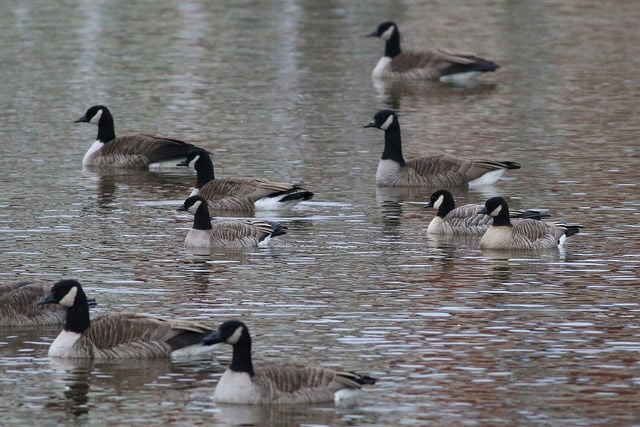 A Canada goose couple with their goslings skim insects and nutrients from a river.

In this 2015 file photo, Canada geese feed in a field on Matthewstown Road in Easton.

The naturalists at Adkins Arboretum define native as “something that has been here for at least 10,000 years.” By this definition, Canada geese are not native to Adkins because they were introduced into the Chesapeake Bay region by hunters in the early 1900s. Before then, our region was just a stopover on their migration to the Carolinas, but more about that later.

The skeins of Canada geese that can fill the air in spring and fall are a way of marking the change of seasons. The V’s and the honking while in flight cause practically everyone to look up and think, “Ain’t that purty.”

Scientists believe that the in-flight honking is a way to keep the flock together. Internet searches almost all state that the V formation and the wing vortices created by the individual birds help the following bird use less energy in flight. Scientists have studied the V’s and found that it does allow the trailing birds to use less energy. However, the geese are almost never in the optimal position to save the most energy.

There are 11 sub-species of Canada goose that can vary in size. An average goose might weigh 10 pounds, be 35 inches long and have a wingspan of 55 inches. There is a “mini-me” species called the Cackling goose that is uncommon in this area but can be found if you search the Canada goose flocks for a much smaller version.

Canada geese breed in parts of the Northern U.S., Canada, and into the high Arctic. The further north they breed, the further south they head to spend the winter.

They mate for life, which can be 10 to 24 years if they survive the first year. They typically do not breed until they are 4 years old. The female builds the nest and incubates the eggs while the male stands guard. When she ventures off to feed, she will cover the eggs with feathers that she has pulled from her body. They migrate south as a family joining with other families along the way. The young geese must learn how to migrate.

In the early 1900s, hunters were disappointed that Canada Geese flew north and south but only became a target when they stopped en route. So, the hunters hatched a plan and headed west, specifically to the upper Midwest, and captured geese from that area. These geese were one of the larger sub-species of Canada goose and more sedentary.

As the migratory geese started their migration flyovers, hunters would set out decoys and the live captured geese, hoping that the movement and cackling of the geese on the ground would entice the flyovers to land. The captured geese were tied down.

In 1935, the federal government decided that using live geese as decoys was not a good idea, so it was outlawed. Hunters had about 15,000 geese in captivity, and they were required to release them. So, where do 15,000 Canada geese go that have never been taught how or where to migrate? Nowhere. This was the beginning of the resident geese that are now in our area. But wait, there’s more.

In the 1940s and 1950s, hunters and others wanted more geese in the area. State and federal wildlife agencies captured more wild geese, clipped their wings, and placed them in wildlife refuges and state lands in the Chesapeake region and elsewhere. Clipping their wings stopped their migration, but it did not stop them from breeding.

There are over 60,000 resident geese in Maryland, most of them on the western shore, and they create numerous problems, the main one being what they leave behind. Geese are herbivores and need lots of green stuff like golf course and park grass to sustain a 10-pound body. This amounts to one- to one-and-a-half pounds of excrement daily. You and I produce about one pound daily. On a plus side, goose poop is considered a good fertilizer with a NPK rating of 2-4-2.

At this time of year, the Canada Goose is ubiquitous, but remember, it was not always that way.