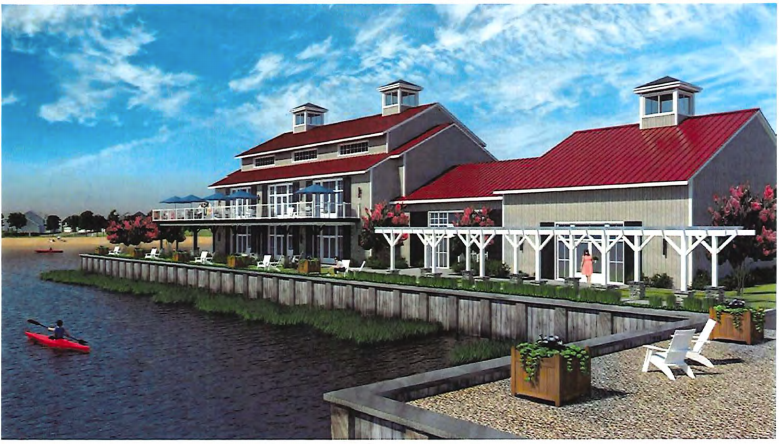 Lakeside at Trappe proposes a public park around a freshwater lake. The town council approved the latest concept plan Dec. 2. 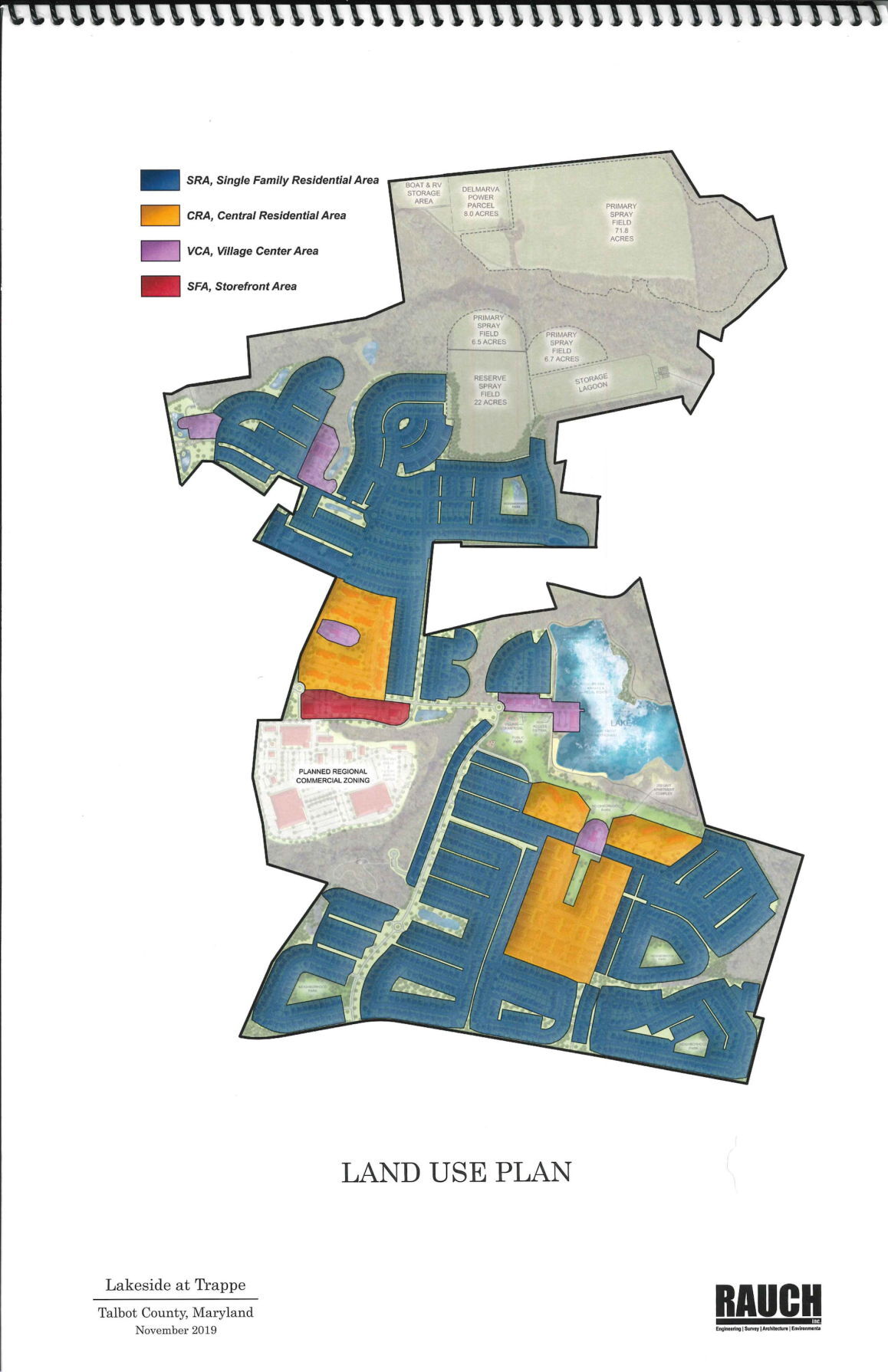 Conceptual plan for Lakeside at Trappe.

Lakeside at Trappe proposes a public park around a freshwater lake. The town council approved the latest concept plan Dec. 2.

Conceptual plan for Lakeside at Trappe.

TRAPPE — With a unanimous vote, the town council in Trappe approved the latest concept plan and its revisions for the proposed 2,501 housing-unit development Lakeside at Trappe, clearing one of the last hurdles for the developers — even as it faces resistance from residents, including some that are working through an administrative appeal to halt the build.

Before the vote, council president Nick Newnam addressed public concerns as about 15 residents tapped into the meeting on Zoom. He confirmed why the new wastewater treatment plant will be moved closer to Miles Creek, and asked his attorney if the town would be able to address issues if development went awry.

At times, Newnam seemed to try and reassure himself, but he inevitably thanked previous town council members for annexing Trappe East in 2003, and setting the guideposts for Lakeside at Trappe. A previous effort to build the development was nixed after the housing market crash of 2008.

“I think back to the early 2000s, and I think about the amount of work they saved us,” he said. “We didn’t have to do much, so I want to thank the council and everything we have done with it.”

Commissioner Norm Fegel told residents the town will still have control over the development.

“The town has authority to review all amendments and changes before they are made,” he said. “Nothing will pass by the town that the town does not know about.”

But the vote finds the concept plan consistent with the Developer’s Rights and Responsibilities Agreement, a contract between Trappe and the developers, as well as the town comprehensive plan. That clears the way for the developers to build without much constraint, besides site plan approval.

Former town council president Cheryl Lewis warned against voting in favor of it on Nov. 4, explaining that the current DRRA and concept plan have “slowly broken down” developer constraints, which could signal disaster for Trappe.

The Dec. 2 vote means civil engineer and primary developer Rauch Engineering only await construction and discharge permits from the Maryland Department of the Environment, the final step before building commences.

The Talbot County Council approved a split-phase development in August, allowing 1,500 housing units to be built immediately. The development will include lavish townhomes, a lake and public park, and over 450,000 square feet of commercial and retail space.

Meanwhile, opposition group Friends of Trappe is still working on appealing the county council’s legislation allowing the 1,500 homes to be built.

The county Board of Appeals rejected the group’s appeal because it did not have some requirements, including detailed plans or drawings; contained spelling errors; and did not have the correct postage amount.

“What got turned in was a draft,” said Rebecca Ellison of Friends of Trappe,” but technically it was all there if you had the patience for it. They rejected it from the get-go.”

The Lakeside at Trappe opponents are considering hiring another lawyer and possibly appealing to the Talbot County Circuit Court.

”We don’t know what to do but we’re going to do something,” Ellison said. “We’re not fighting this for some ‘Not in our backyard’ reason. We really want to help Trappe.”

Residents and environmentalists against the development have raised concerns over environmental issues, public health, and the town’s financial status.

A major concern is that the new wastewater treatment plant — which will discharge by spray irrigation near some residential homes and the nearby Miles Creek — has been moved closer to Backtown Road. That’s also closer to Miles Creek and some resident’s homes.

Environmentalists from the Chesapeake Bay Foundation and ShoreRivers say the spray irrigation discharge will pollute the water and air.

Rauch Engineering had initially promised not to move the facility near there. But Bob Rauch, the owner, said at the Dec. 2 meeting that moving the plant “eliminates the need for a more elaborate stream crossing” which would be “difficult to construct and maintain.”

Ahead of the vote, town attorney Lyndsey Ryan said Trappe will monitor the plant and have the ability to fix any issues.

“If there is a problem with the spray irrigation or the mechanism of it, the development agreement requires that they have to move it to a new site,” she said.

Another concern is that the town will connect the development’s first 120 homes to the current wastewater plant. The plant is operating on outdated technology, and upgrading and maintaining it has left the town with $2.9 million in debt. The upgrades were in part for the original Lakeside at Trappe that was scrapped in the early 2000s.

At the beginning of the meeting, a private financial auditor warned the town’s financial situation has only gotten worse and the value of the plant is not worth the debt, comparing it to paying more money for a car than it is even worth.

”It’s the first time I have seen this: the debt on your water and sewer system is greater than carrying value of that system,” said Roy Geiser, a leading partner of TGM Group LLC, which provides financial audits and assistance. “It’s the same finding as the last five years. The debt is higher than it is worth.”