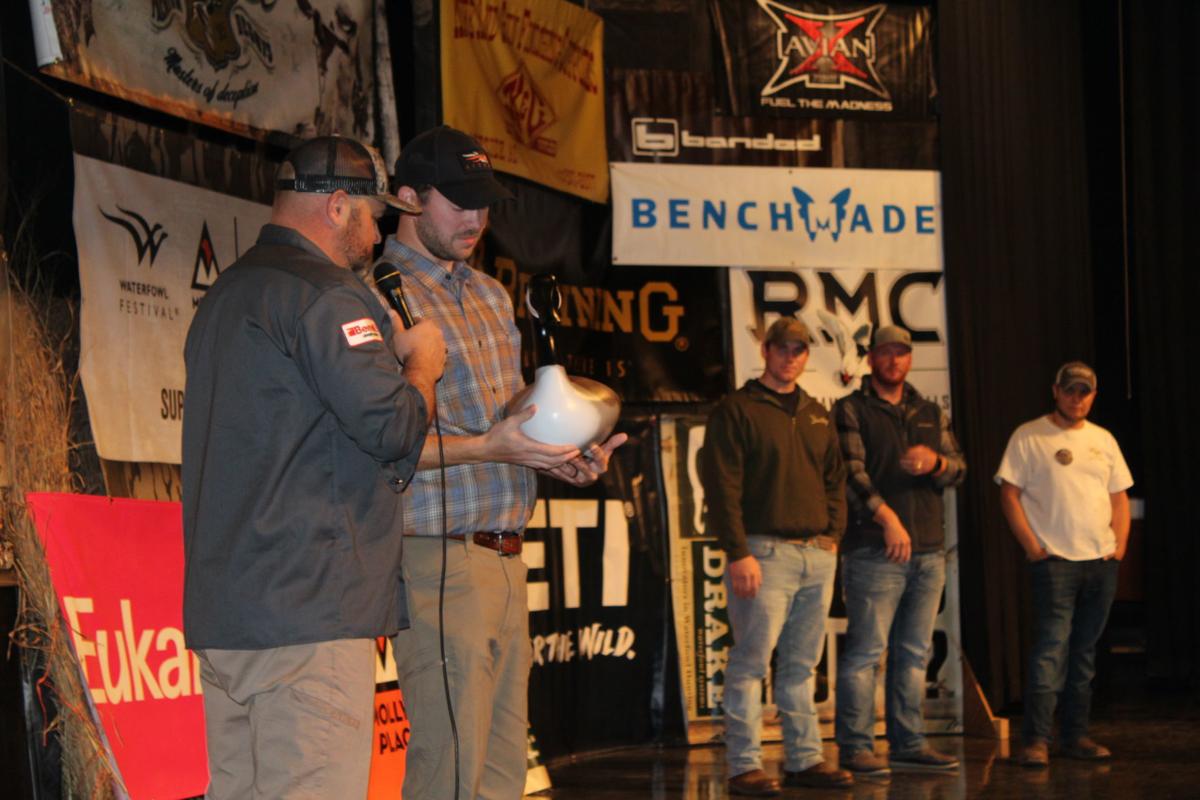 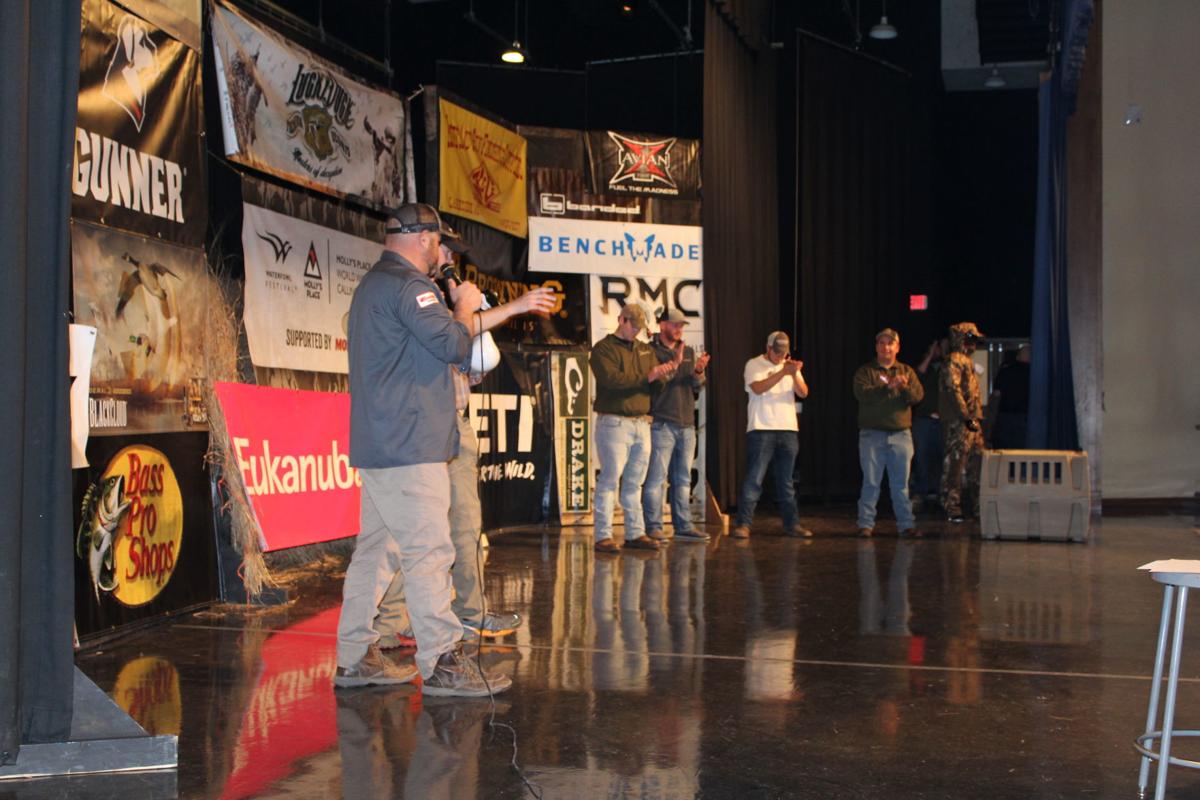 Competitors stand on stage as the winners of Waterfowl Festival calling contests are announced on Saturday, Nov. 9, at Easton High School. 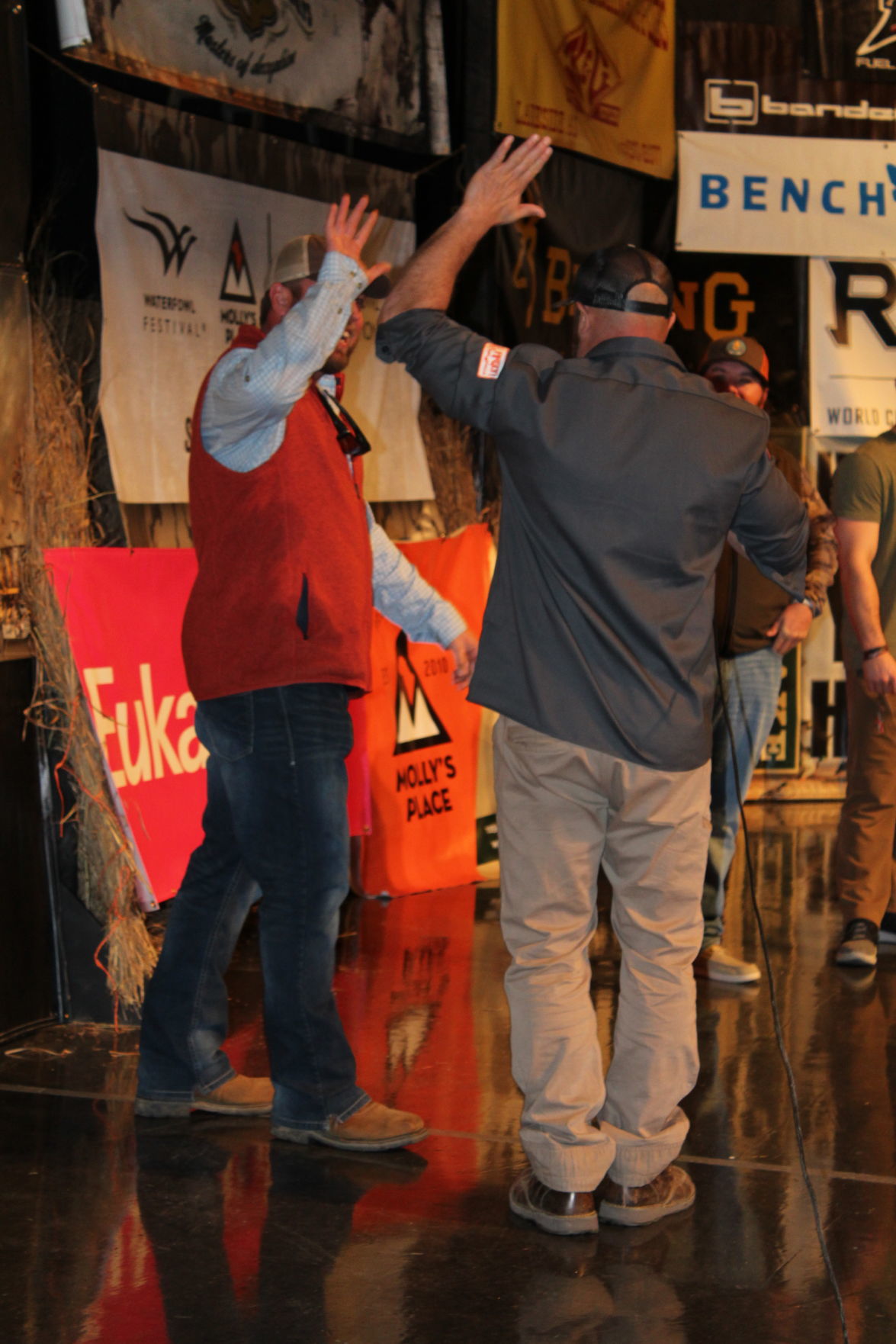 Cory Niccum, left, of Gardener, Kan., celebrates with Chad Belding, right, host of “The Fowl Life,” after winning a calling contest during the 2019 Waterfowl Festival. 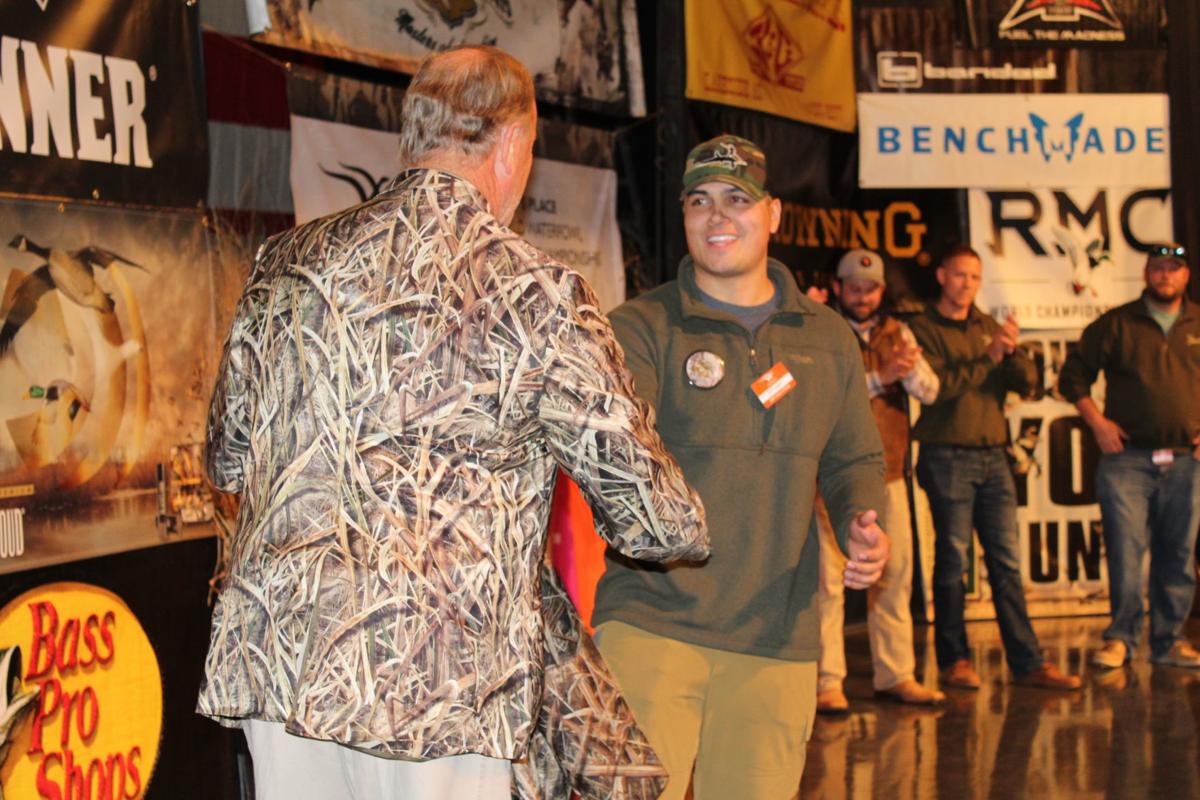 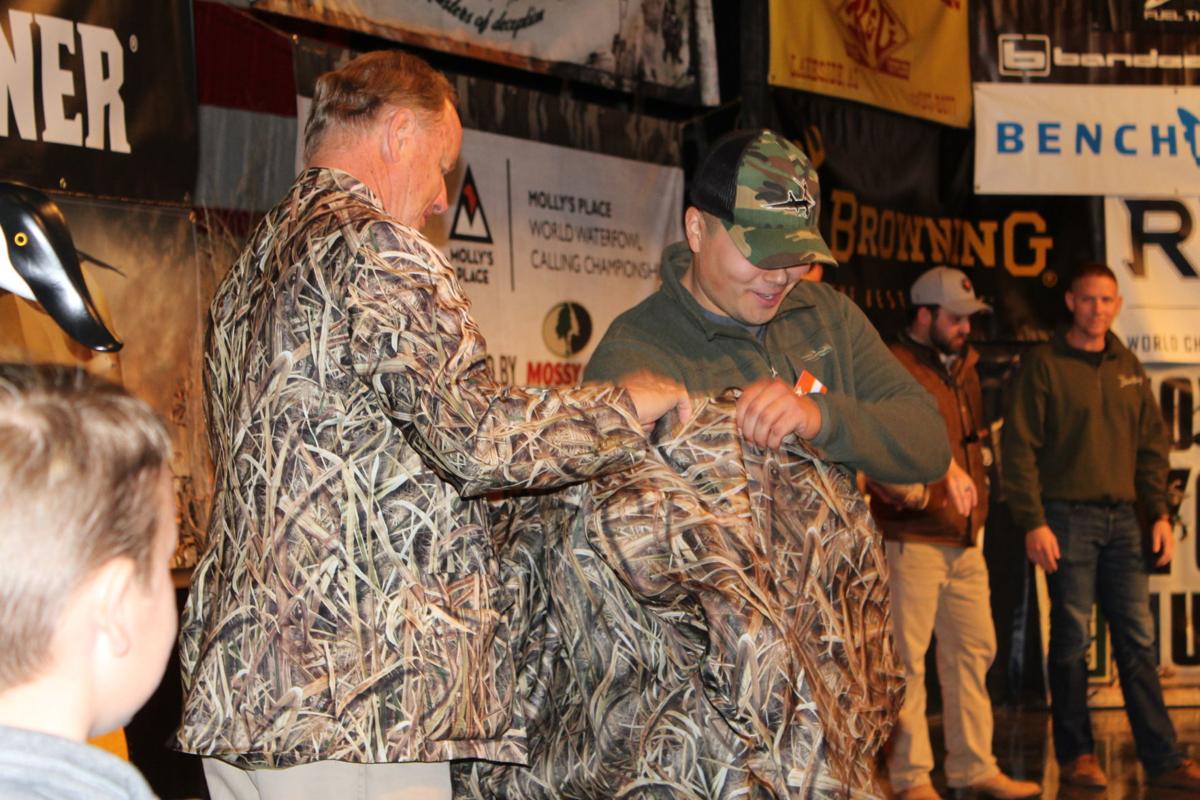 Competitors stand on stage as the winners of Waterfowl Festival calling contests are announced on Saturday, Nov. 9, at Easton High School.

Cory Niccum, left, of Gardener, Kan., celebrates with Chad Belding, right, host of “The Fowl Life,” after winning a calling contest during the 2019 Waterfowl Festival.

EASTON — Of all the talents to possess in this world, a select few decorated 2019 Waterfowl Festival-goers safely can say they’ve found their calling in human-waterbird communication.

Contestants in the World Waterfowl Calling competitions, on Saturday, Nov. 9, transformed the Easton High School auditorium into a waterfowl-speckled field as spectators closed their eyes to listen to the sounds of the best duck and goose callers in the world.

The challengers hailed from towns across the United States and even abroad, with some traveling from as far as New Zealand and California in hopes of snagging a calling title.

Mike Benjamin of Rochester, Minn., and his teammate, Trevor Shannahan of Millington, emerged victorious in the World Championship Team Goose Calling Contest with a 775.5-point score.

Shannahan followed his first victory with a separate win in the World Championship Team Live Duck Calling Contest, alongside his teammate, Seth Fields of Jackson, Tenn. The pair earned a score of 785.5.

The four competitors each took home $1,000 worth of gifted items for their wins, including a $150 gift card to Gator Waders, a hand-engraved knife from BenchMade and a YETI cooler.

Niccum was awarded $3,000 worth of goodies, including a Gunner kennel, a box of Tangle Free duck decoys and a Browning A5 12-gauge shotgun.

Along with bragging rights, Jones took home $5,000 worth of assorted prizes, including a complete Guardian Series hunting outfit from Drake Waterfowl, a Browning A5 12-gauge shotgun and a YETI cooler.

Jones attributed his success to the group of competitors he’s come to know through the years of competing in calling contests across the country.

“You guys are the best of the best,” he said into the microphone to his four competitors. “This group of guys, we drive each other to be better in every single contest.”

The competition day was emceed by Chad Belding, host of “The Fowl Life,” a show on the Outdoor Channel. Belding commended the contestants, saying they all “sounded so awesome.”

Belding, a Nevada native, has worked with the “best in the hunting industry,” according to the WFF website.

His love for hunting ducks stems from a childhood pastime, having grown up around the sport with friends and family. Today, duck hunting “remains at the center of his world,” the website said.