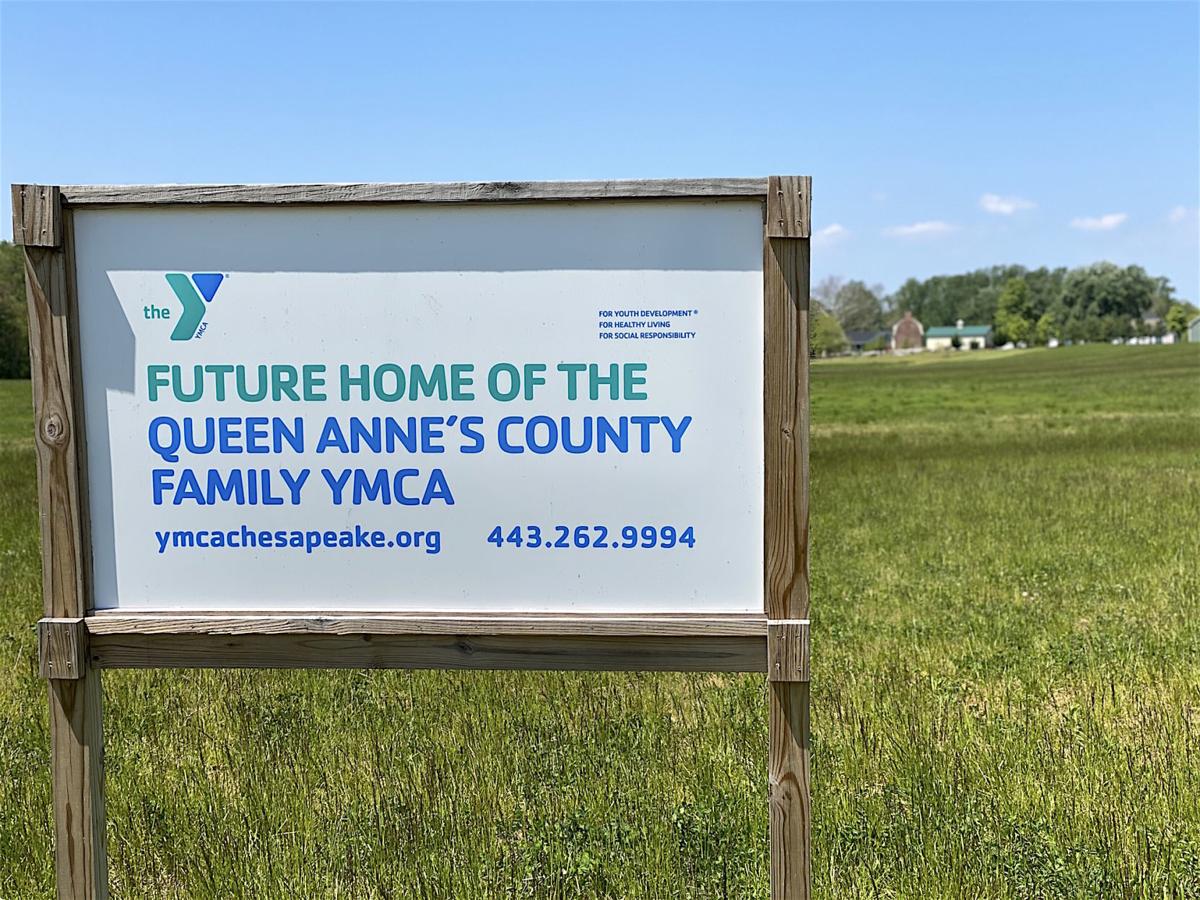 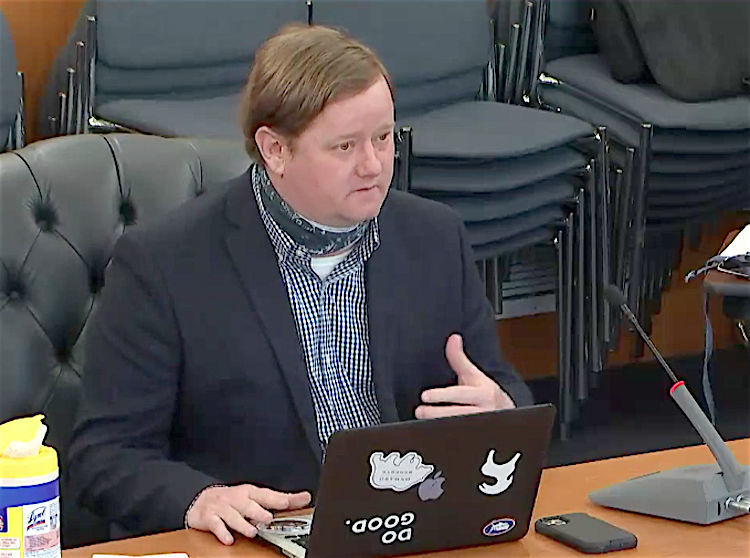 Robbie Gill, CEO of the YMCA of the Chesapeake, updates the Queen Anne’s County Commissioners May 12 on funding for the local YMCA project.

The current site of the Queen Anne’s County Family YMCA, which has been closed since mid-March, began offering outdoor exercise classes this week after the stay at home order was lifted. 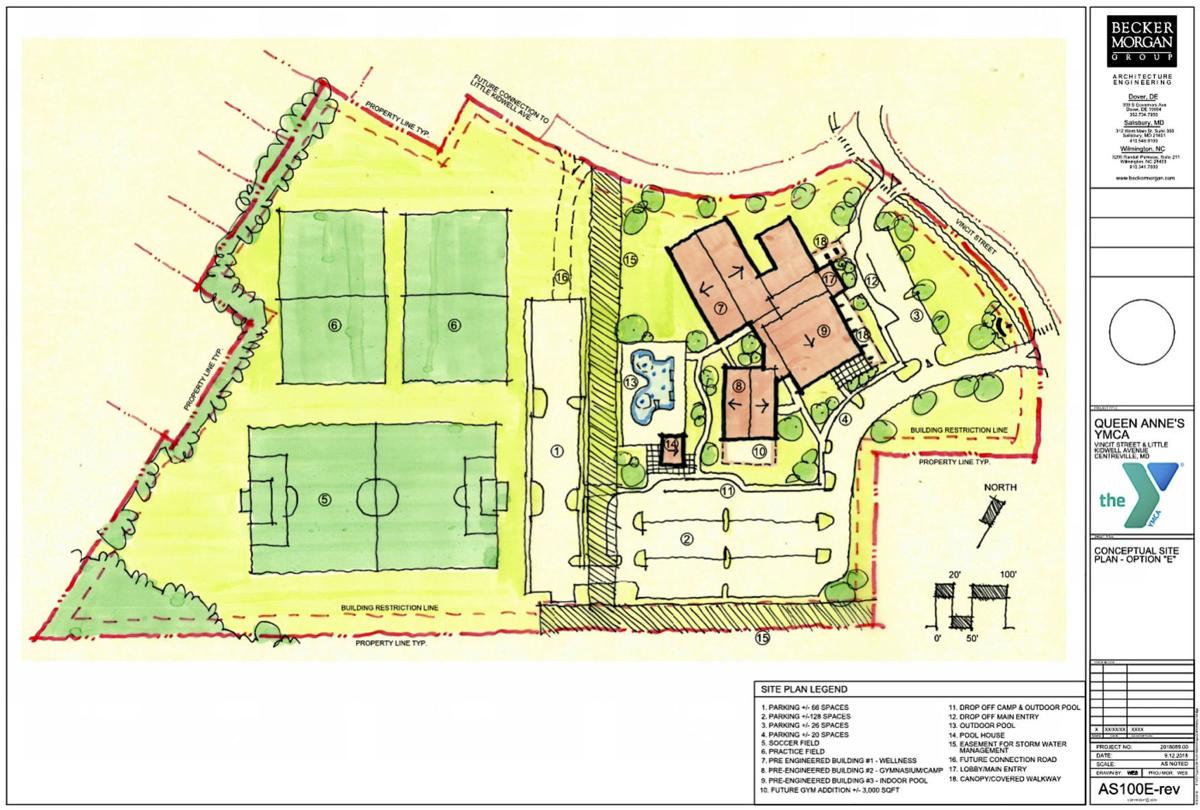 Robbie Gill, CEO of the YMCA of the Chesapeake, updates the Queen Anne’s County Commissioners May 12 on funding for the local YMCA project.

The current site of the Queen Anne’s County Family YMCA, which has been closed since mid-March, began offering outdoor exercise classes this week after the stay at home order was lifted.

CENTREVILLE — The Queen Anne’s County YMCA project has been awarded a $5 million matching grant from the Philip E. and Carole R. Ratcliffe Foundation, Robbie Gill, chief executive officer for the YMCA of the Chesapeake, told county commissioners Tuesday, May 12.

Gill said he had been working on this opportunity with Jim Wright of Centreville, president of the Ratcliffe Foundation, for the past four months, discussing what the narrative would look like and the important impact it would make in the community. He said found out week before last that a $5 million match had been approved for the YMCA/senior center project.

“We are so grateful for the enormous support ofthe Philip E. and Carole R. Ratcliffe Foundation. The origins of this project date back 15 years, and now we find ourselves within arms reach of making this dream a reality due to this transformational gift,” Gill said in a news release following the meeting.

Wright said, “The Foundation’s Board is making this matching grant so that in the near future, the residents of Queen Anne’s County will be able to enjoy the numerous wonderful programs of the Y.”

Adding the $5 million Ratcliffe grant to the $2.5 million anonymous grant pledged earlier gets the project to $7.5 million of its estimated $13.8 million cost to build a full-service facility, Gill said.

The Ratcliffe grant is a dollar-for-dollar match, which means the Y will start a general fundraising campaign, he said. Receiving the full amount is contingent on raising the matching funds.

Gill said he would sign the grant agreement this week and ask each of the foundations to release $500,000 for a total of $1 million to embark on architectural work and engineering design. He asked County Administrator Todd Mohn to serve on the design committee.

If they can get the site work and design completed this year, Gill said his goal is to break ground at the beginning of 2021. He said construction would take around 18 months to complete.

“I’m excited we’re on the doorstep of making this happen,” Gill said.

Commissioner Steve Willson asked how much money Gill expected to raise from the community and what he might be looking for from the county.

Gill said he thought the Y could raise at least half the matching amount from the community. He said they also are seeking an $800,000 Department of Aging grant for the senior center part of the project.

The new Queen Anne’s County Family YMCA will be across Ruthsburg Road from Queen Anne’s County High School and next to the new county office building on Vincit Street. The proposed 41,000 square ft. facility is expected to serve over 10,000 community members.

“Everyone is just over-the-moon excited,” Gill said, adding the full-service Y would be “transformational for Queen Anne’s County.”

The business center addition was something the foundation wanted to see, and Gill said he thinks it’s a neat addition. It will provide such things as coaching, training, mentoring and support.

Queen Anne’s County donated land in November 2015 for a future home for the YMCA, and in December 2016, the YMCA opened a store-front facility in Centreville that currently serves 2,800 members and provides a variety of youth and adult programs.

To learn more about the project or to make a donation, contact Gill at rgill@ymcachesapeake.org.