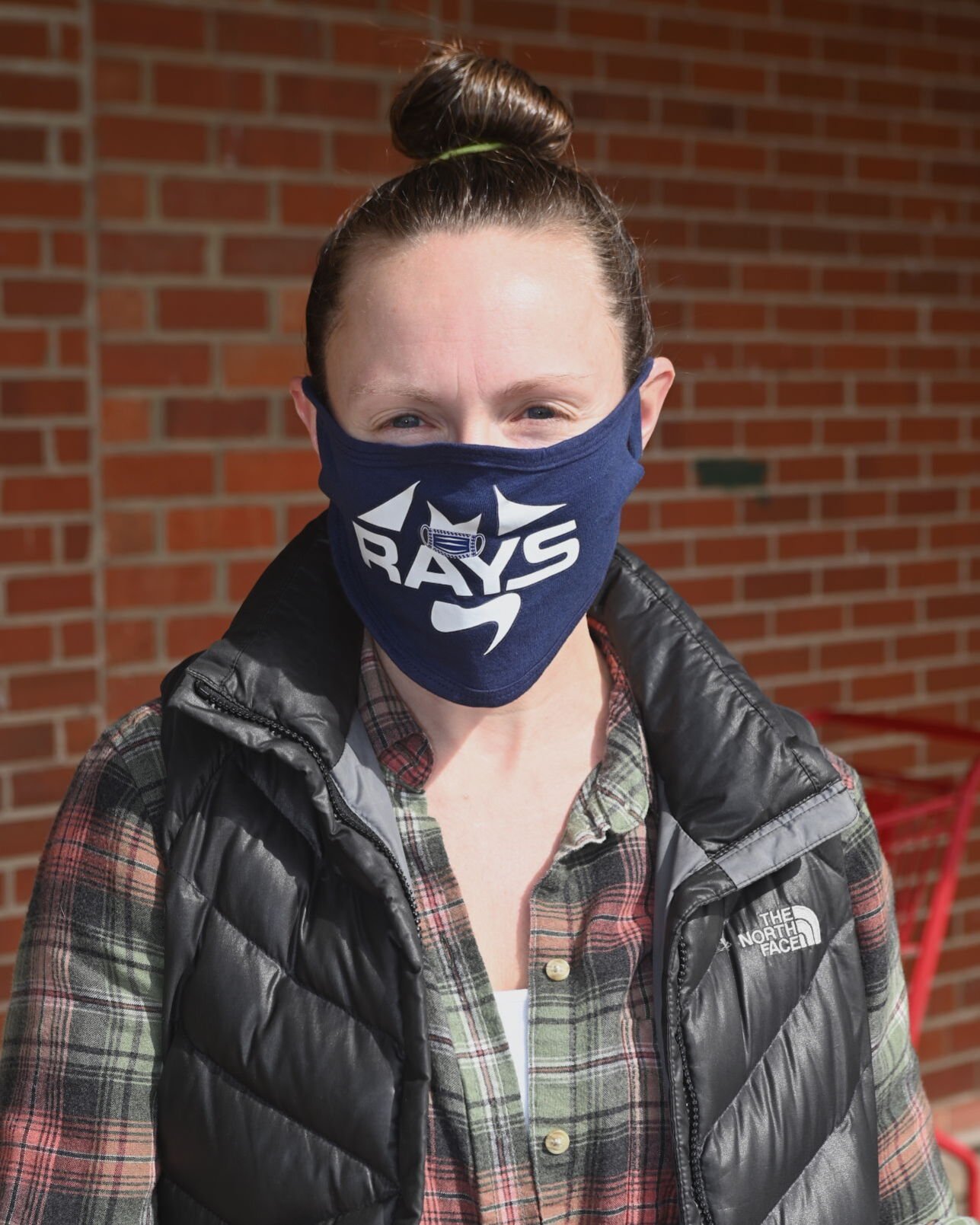 Kara Erskine is a swim coach at the YMCA. She isn’t planning to sign up for the vaccine right away. 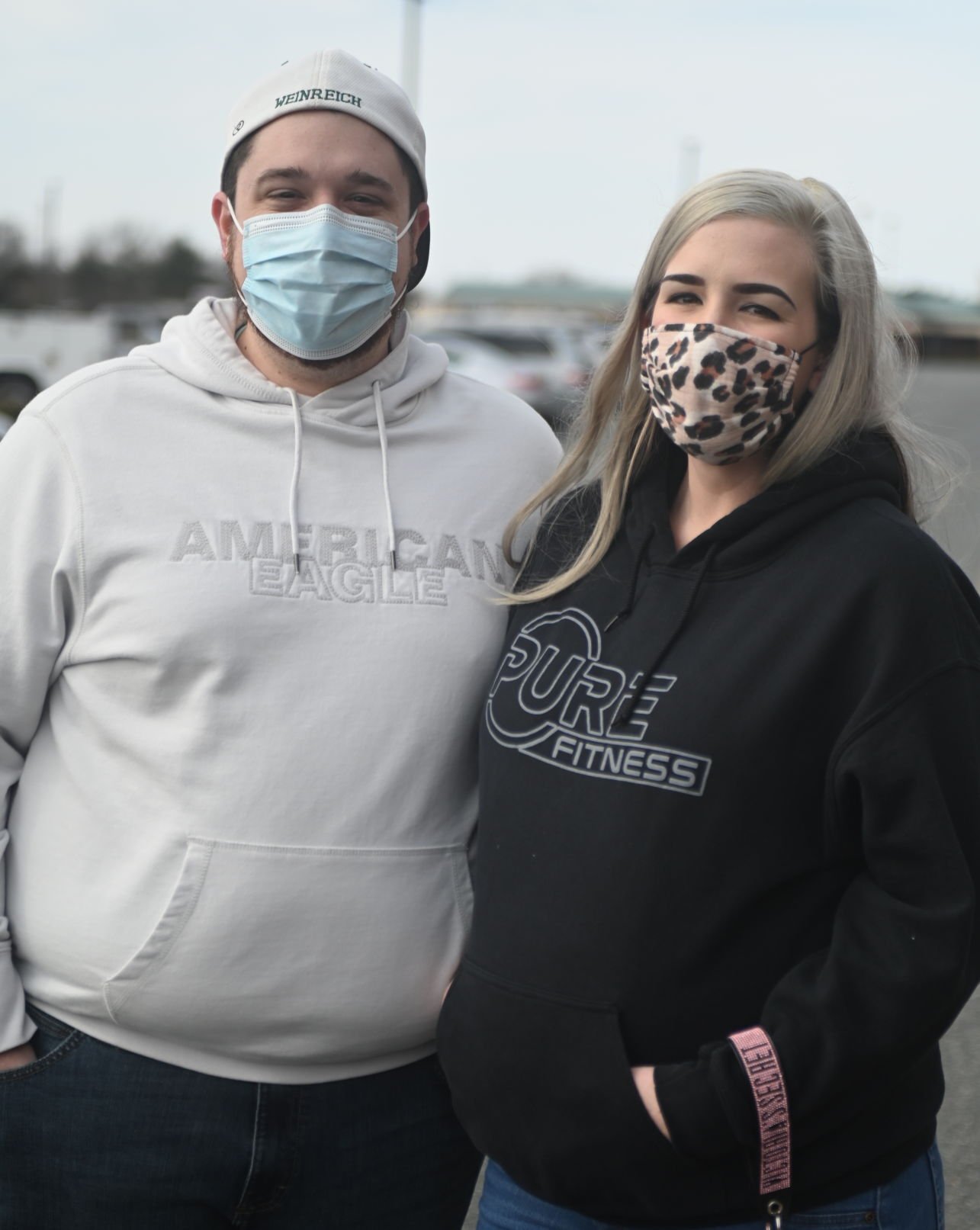 Colin Weinreich and Lindsey Edwards were split in their opinions about COVID. vaccines, with Edwards saying the vaccines are promising and Weinreich arguing he wouldn’t get a shot. 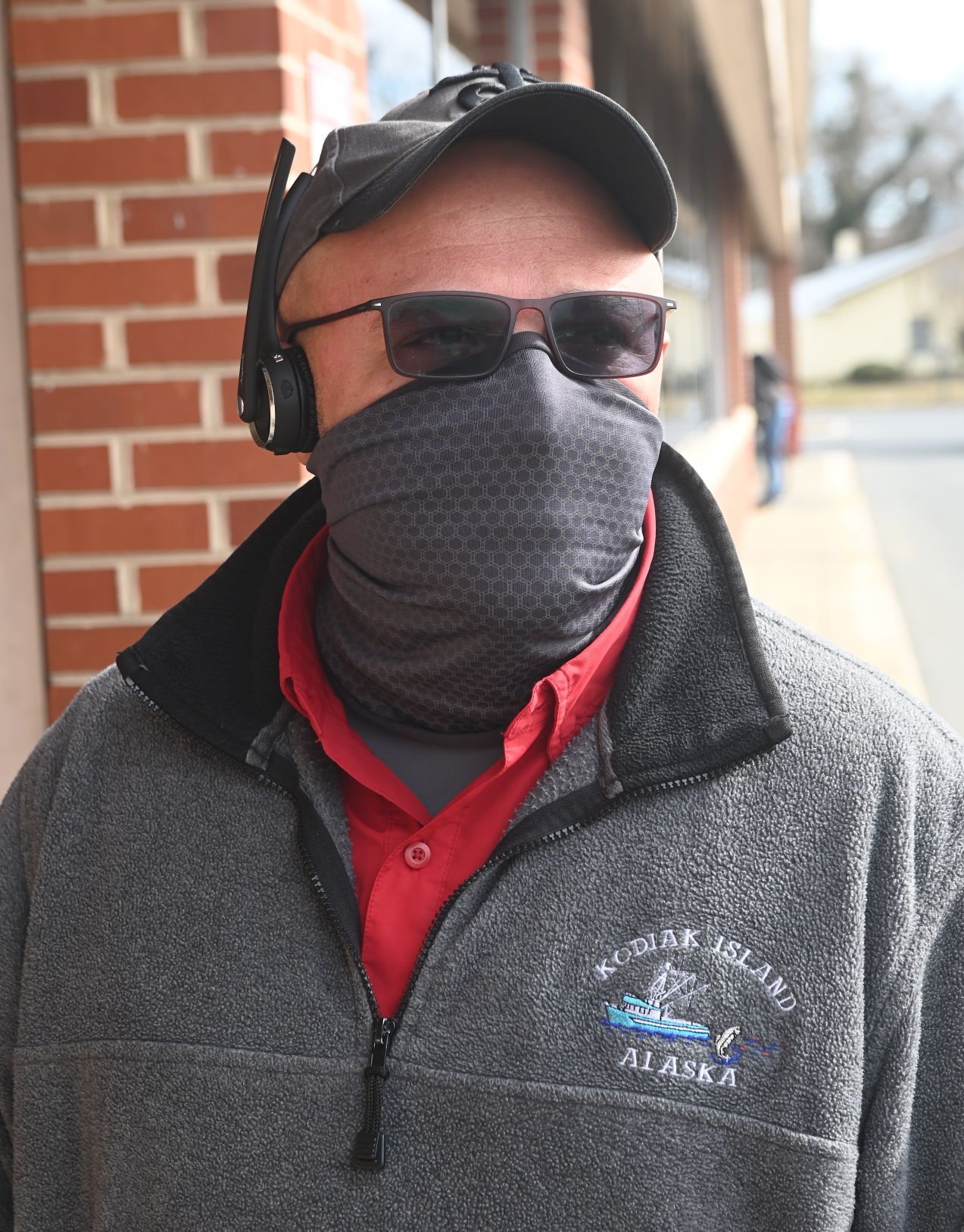 Marcus Palmer is happy about Johnson and Johnson’s new one dose vaccine. 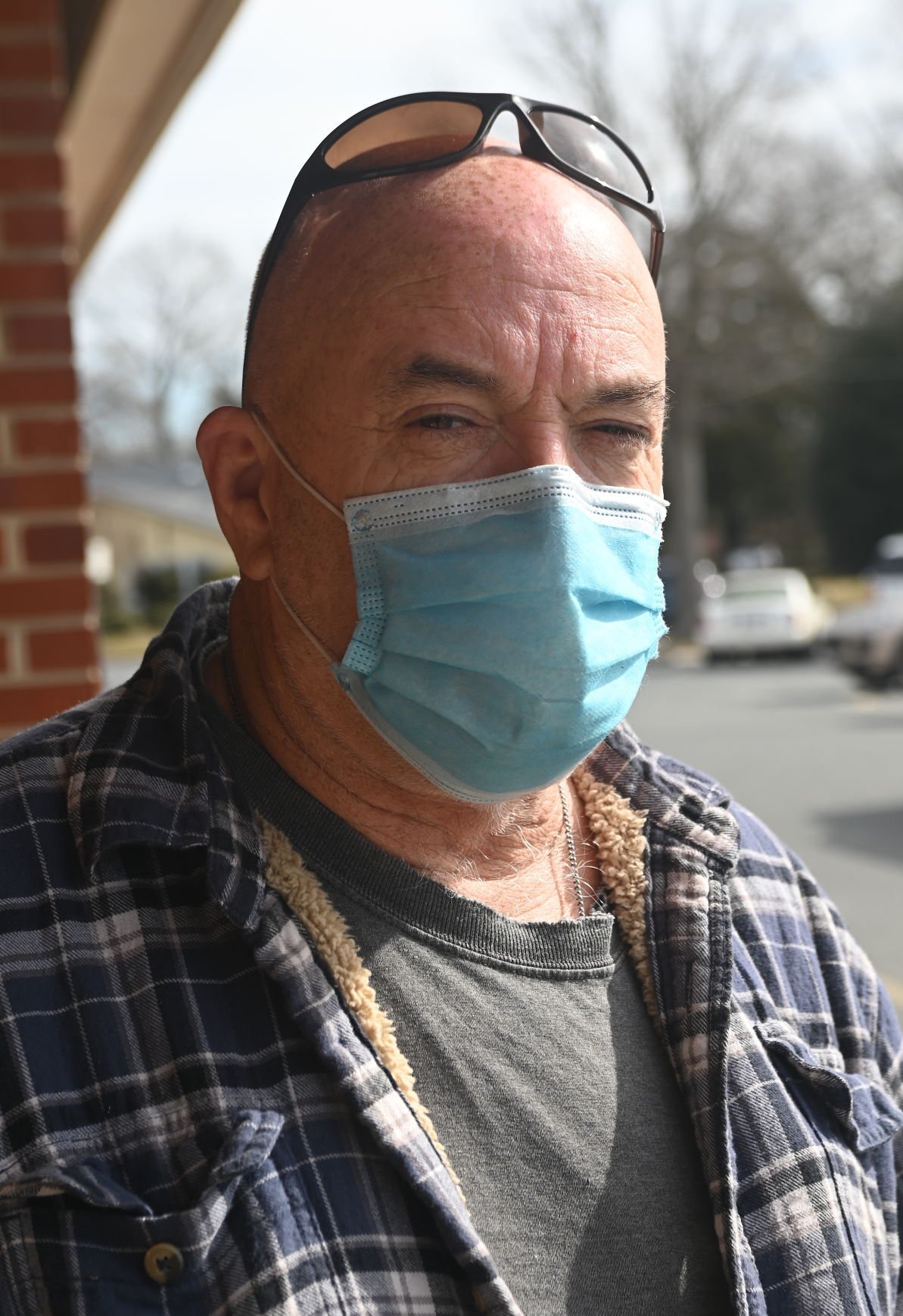 Harry George says he has already had COVID-19 twice and there is no way he would take any vaccine. 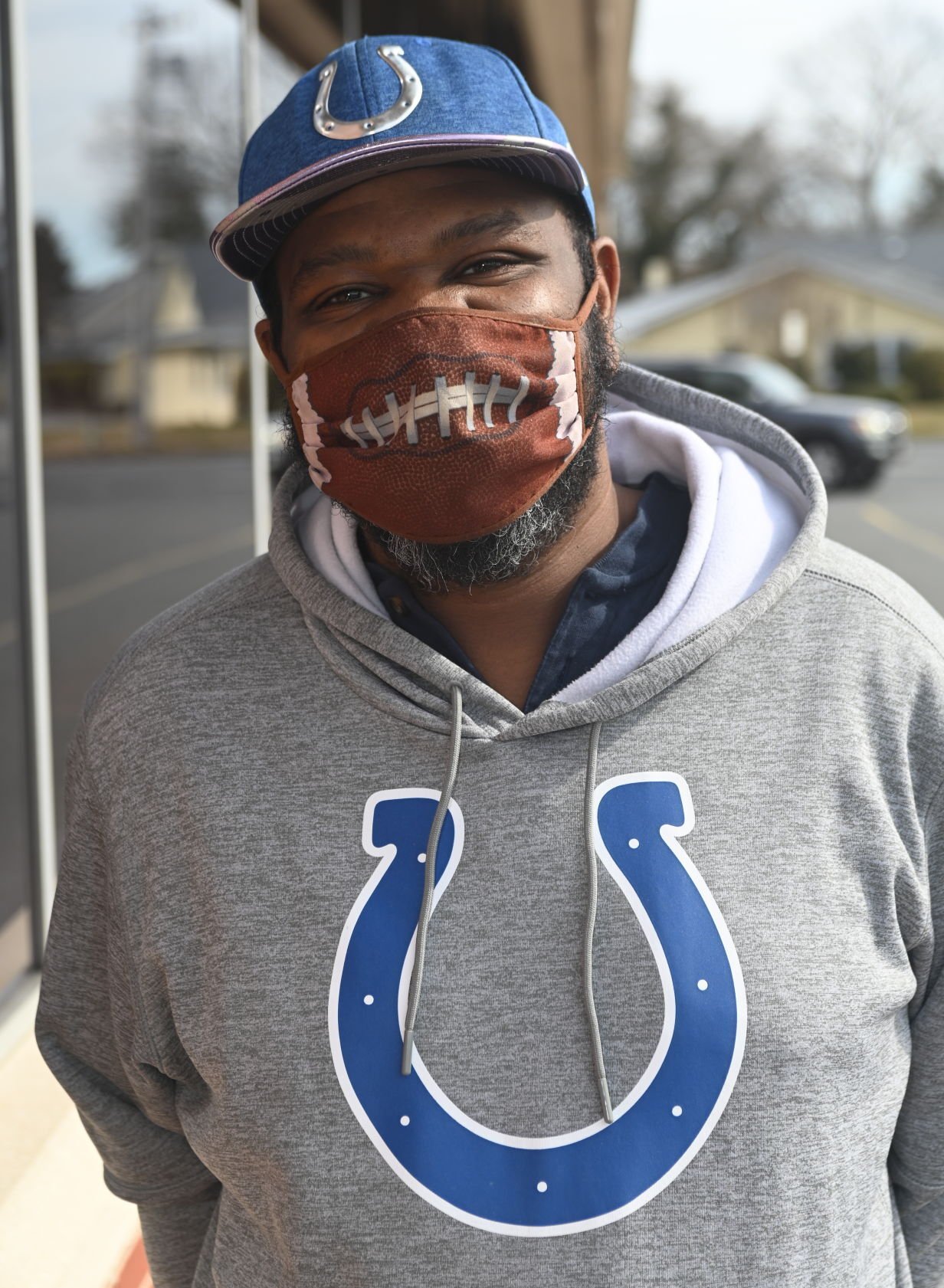 Troy Groce says he will have to research the COVID vaccines before he gets a shot. 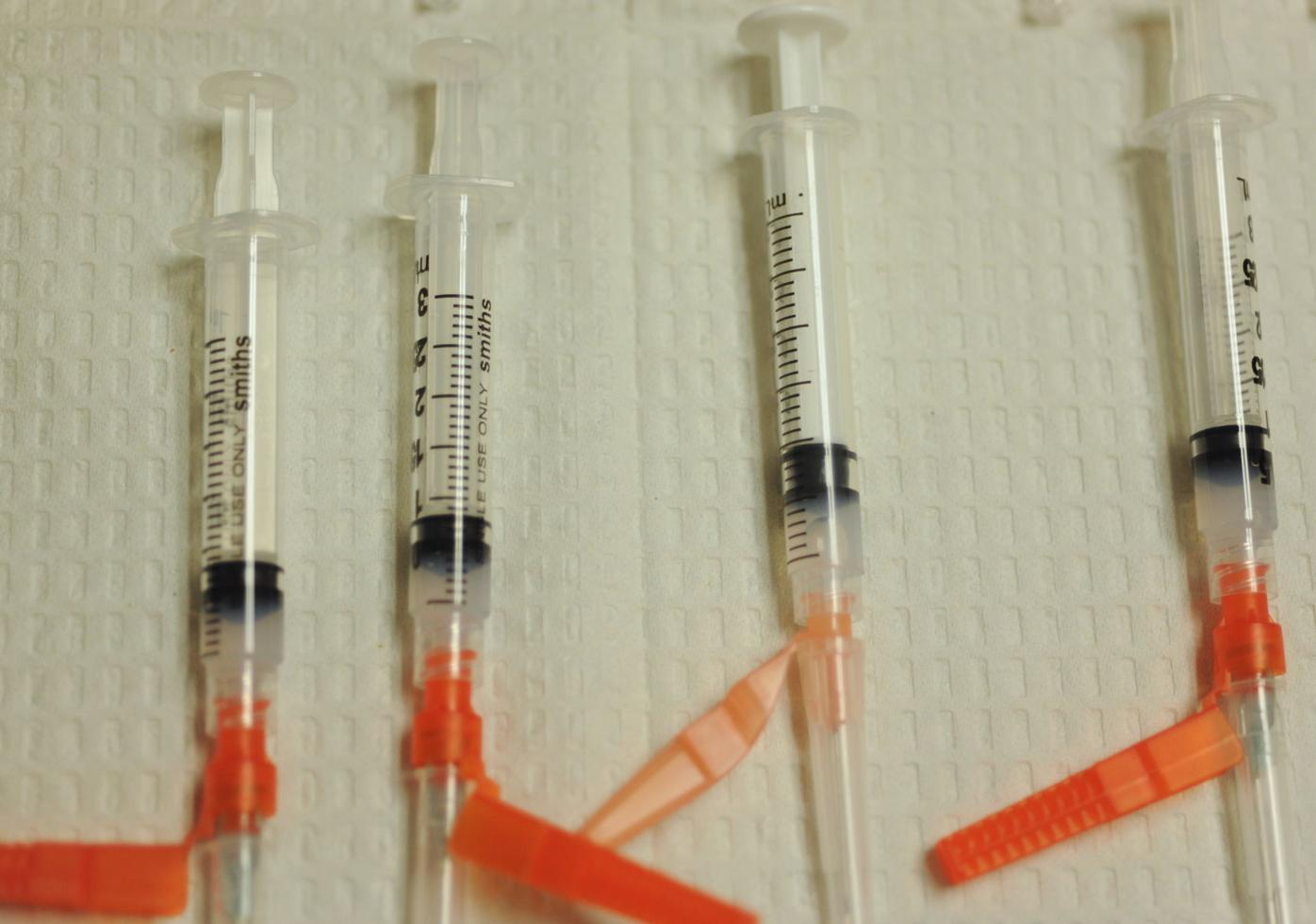 These syringes are loaded with the COVID-19 vaccine. One arm at a time the government is trying to stop the spread.

Kara Erskine is a swim coach at the YMCA. She isn’t planning to sign up for the vaccine right away.

Colin Weinreich and Lindsey Edwards were split in their opinions about COVID. vaccines, with Edwards saying the vaccines are promising and Weinreich arguing he wouldn’t get a shot.

Marcus Palmer is happy about Johnson and Johnson’s new one dose vaccine.

Harry George says he has already had COVID-19 twice and there is no way he would take any vaccine.

Troy Groce says he will have to research the COVID vaccines before he gets a shot.

These syringes are loaded with the COVID-19 vaccine. One arm at a time the government is trying to stop the spread.

EASTON — Local residents show some of the broader social, political and cultural divides when it comes to COVID vaccines — and vaccines in general — as the U.S. Food & Drug Administration moves to approve a new one-dose Johnson & Johnson vaccine.

The Eastern Shore, which has among the highest COVID vaccination rates in the state, is juggling the broader question of vaccinations, as well as the new Johnson & Johnson vaccine.

The COVID vaccine, developed by the drug company’s vaccine division Janssen Pharmaceuticals, is set to be approved for emergency use by the FDA. Johnson & Johnson says it has millions of the one-shot dose lined up, ready to be rolled out and delivered into people’s arms.

Many residents say Johnson & Johnson is delivering some much-needed relief, adding to the national stockpile of vaccines, along with Moderna’s and Pfizer’s products, as the country continues to battle the deadly novel coronavirus, which has now killed more than 500,000 Americans. It also requires only one shot, while the Moderna and Pfizer vaccines require two.

Still, there are plenty of local residents hesitant about getting COVID vaccines. Others are opposed to vaccines altogether.

“More people will be able to get the vaccine,” said Lindsay Edwards, who is pregnant now but plans on getting the Johnson & Johnson vaccine when she is able to. “I’d rather get one shot than two. My mom got the two doses and didn’t get sick, but my brother got the two and it made him sick — so I’d rather get one.”

Her partner, Colin Weinreich, said he doesn’t want any needle in his arm.

“I’ve got nothing toward anybody that wants to get one, but I don’t feel as though I need one myself,” Weinreich said, saying he has a long history of avoiding vaccines.

The vaccines are the only way for the country to safely reach herd immunity, according to Dr. Anthony Fauci, the director of the National Institute of Allergies and Infectious Diseases. It could take until 2022 for the population to reach that milestone, meaning 70% of Americans must be inoculated against the virus.

The vaccine rollout has been slow, however, with only about 13.9% of the U.S. population vaccinated with at least one dose as of Feb. 26, and roughly 13% of Marylanders receiving at least one shot.

The FDA is working quickly to approve for emergency use all of the reliable vaccine candidates to ramp up vaccine production. Johnson & Johnson announced it was seeking emergency approval earlier this month, and the FDA is moving toward an approval.

Johnson & Johnson has promised about four million doses right after approval, and about 100 million by the end of June. With Moderna and Pfizer also pledging to deliver tens of millions more doses before the year is out, that would be enough to reach herd immunity.

The vaccines’ development and rollouts are promising for many residents as they look for a return to normalcy without restrictions on businesses and daily life.

“It would be nice not to wear this mask and stay six feet apart,” said Kara Erskine of Easton. “I was on furlough for awhile. I work at the YMCA and we did not have anything going on this summer. We’re slowly getting back to normal.”

For Troy Groce of Easton, the pandemic and all its ramifications are exhausting.

“This is what we need to do to clear things up,” he said. “I’m not a big mask person. I want to get rid of this as fast as we can.”

Johnson & Johnson’s vaccine is vastly different from Moderna and Pfizer’s vaccines, which were approved last December.

The Moderna and Pfizer vaccines not only require two doses weeks apart, but are made from an mRNA genetic code that triggers an immune response. Johnson & Johnson’s vaccine injects a dead virus into the body to create antibodies, which is a more traditional vaccine like those for flu shots.

“We’ve got problems getting vaccines now. The bottom line is, you don’t have to go back for a second shot,” he said. “They just shoot (vaccines into) everybody and everybody gets at least one shot. I think one shot is better than two. Common sense.”

Groce is worried about side effects and wants the best possible results from his vaccine shot. While Maryland, like the rest of the country, is in a phasing plan for its vaccine rollout — and eligible residents currently don’t have the luxury of vaccine choice — people might have an option to choose what vaccine they want by the time it reaches the general population.

Groce said he would prefer researching the different vaccines to see which one he is most comfortable with.

“I want to read more into it just so I can get a better understanding,” he said, explaining that Johnson & Johnson’s vaccine “sounds like a good thing, but I want to make sure it works on everybody else first.”

Other local residents are not keen on getting vaccinated.

Kara Erskine said one or two doses didn’t matter — she’s not planning on signing up to get the vaccine right away.

“Two doses or one dose? As long as it’s effective and doesn’t have any adverse side effects,” she said, saying her decision to avoid the vaccine was a “personal choice. I probably will eventually one day get it, but I’ll have to see how it goes.”

Erskine explained that it really was a personal choice and she wasn’t an “anti-vaxer” — a name given to those who oppose or are skeptical about vaccines because they believe the shots cause harmful side effects.

Harry George of Preston has serious concerns about vaccine side effects and doubts about the coronavirus, even after he said he tested positive for COVID-19 twice in the past year.

“If they did a true statement on it, a factual statement, I bet you not even 20,000 people have died,” he said, citing a so-called “conspiracy” theory that more than 500,000 Americans have not actually died from the virus. “It’s a joke.”

In George’s opinion, the government is purchasing these vaccines and spending money on rolling them out to the population, which is using up taxpayer dollars and “costing him money.”

The U.S. Centers for Disease Control attributes more than 508,000 deaths to COVID as of Saturday, Feb. 27. The Maryland Department of Health links 7,647 deaths statewide to the virus.

George said he is unsure whether the vaccines are actual vaccines, citing unproven theories that Bill Gates is behind the engineering of it or the government is experimenting on people.

“You don’t know — as of right now — if they give you the vaccine” and it’s harmful, he said. “They can melt liquid metal and put it in a shot and then tell where you are at every minute,” he said.

As the country works to combat the coronavirus, misinformation, conspiracy theories and general angst about vaccines are hurdles the government and medical professionals will have to overcome. Vaccination rates among African Americans, Hispanics and immigrant communities have lagged in some communities.

Government officials will also need to speed up the vaccination process, according to some residents who complain they are still not able to secure appointments and others having trouble with online registration sites.

Maryland is expanding its mass vaccination clinics, with M&T Bank Stadium in Baltimore converting into a large vaccination site. A new state mass vaccination center is scheduled to open next month at the Wicomico Youth and Civic Center in Salisbury.

As he was headed to shop at the Amish Farmers Market in Easton, Palmer said he will get the vaccine soon because he’s a frontline worker, and he thinks all three vaccines are promising.

“I think it’s all great,” he said. “My wife tells me that Harris Teeter has the vaccine. More than likely I’ll have to get two shots (of Moderna or Pfizer) but if I can get one shot, I’m all for it.”