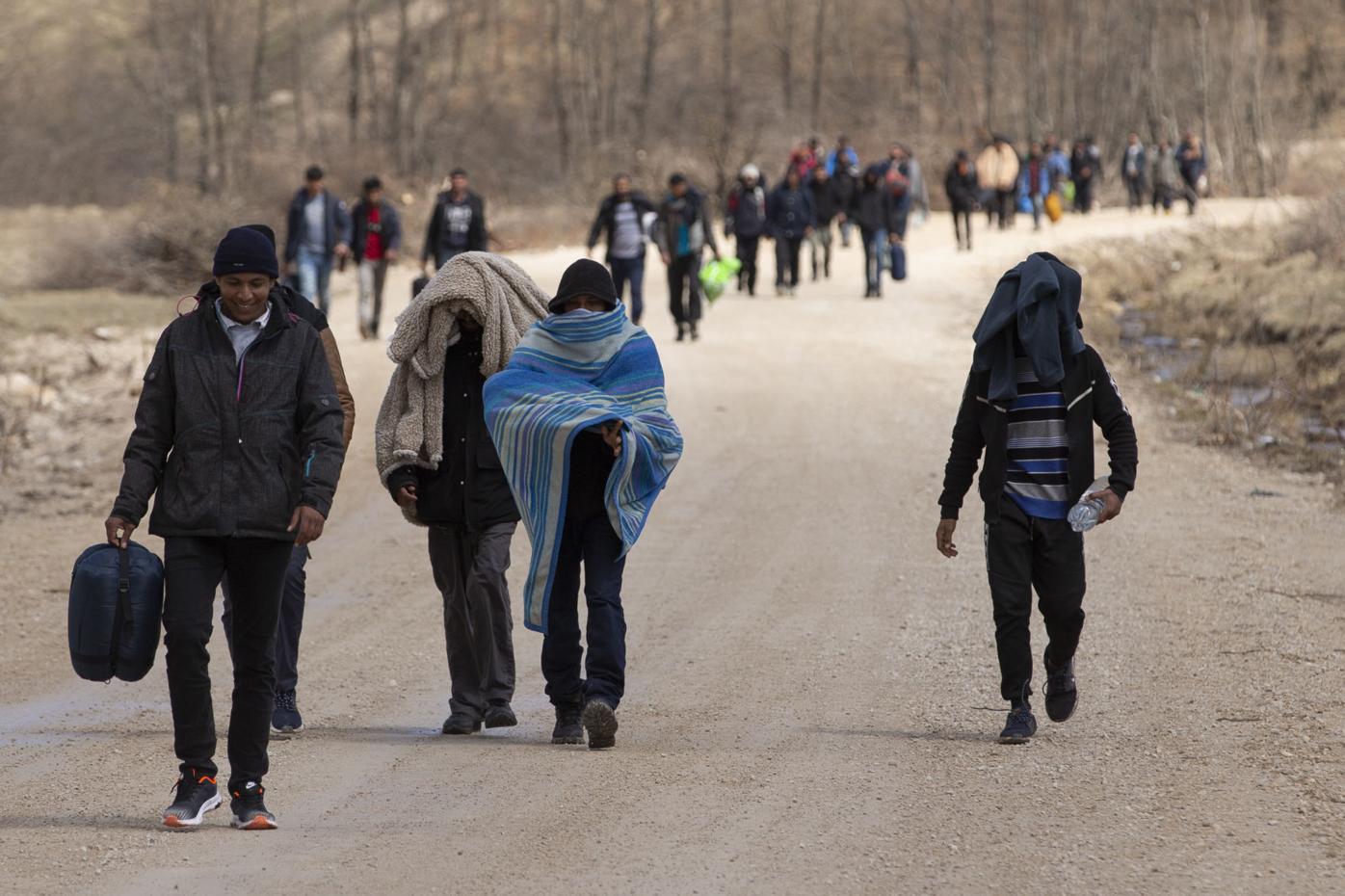 Migrants move towards Croatian border in Lipa near Bihac, Western Bosnia, Wednesday, April 21, 2021. A senior U.N. migration official on Wednesday urged respect of international standards and an end to any abuse against migrants and refugees crossing borders while searching for a better future.

Migrants move towards Croatian border in Lipa near Bihac, Western Bosnia, Wednesday, April 21, 2021. A senior U.N. migration official on Wednesday urged respect of international standards and an end to any abuse against migrants and refugees crossing borders while searching for a better future.

WASHINGTON — President Joe Biden is increasing the number of refugees the U.S. is accepting for the current fiscal year to 62,500 persons.

That is up from the 15,000-refugee limit set by the Trump administration.

Biden increased the refugees limit after previously keeping the Trump total in place. That drew the ire of humanitarian and progressive groups and lawmakers.

The White House announced the increase on Monday, May 3. The new refugees totals allow as many as 22,000 migrants from Africa, 13,000 from South Asia and the Near East (which encompasses Turkey, parts of the Middle East and Egypt), 4,000 from Europe and Central Asia and 5,000 from Latin America and the Caribbean.

Biden said there is a grave refugee crisis that needs to be addressed by the U.S. and other countries.

The new administration has been confronted by a surge of of migrants (many from Central America) at the border with Mexico. As many as 22,000 unaccompanied teens and children are part of that border crisis facing Biden.

Biden has also issued a travel ban related to India due to the rise in COVID cases and deaths and virus variants there.

Biden has reversed former President Donald Trump in a number of border and immigration policies — including a wall with Mexico and now the refugee caps. Biden is also pushing for immigration reforms to allow for legal status for undocumented immigrants already in the U.S.