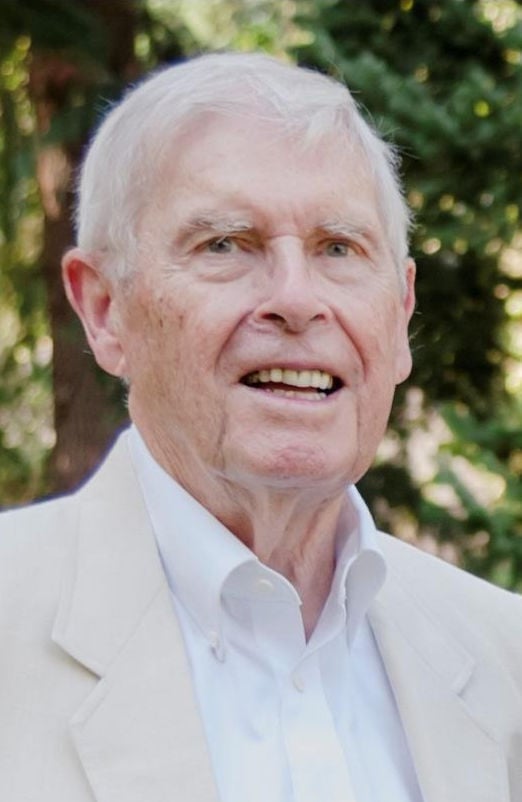 OXFORD — Clinton A. Clubb of Oxford, Maryland, died at Bayleigh Chase on Jan. 11, 2021. He was 96 years old. Clint’s wife Mary preceded him in death by five days. They celebrated 75 years of marriage this past November.

He attended Severna Park Elementary School. His family moved to Reading Pennsylvania, where he attended Wilson High School, and upon graduation, he spent 3 years in the Army. Upon release from the Army, he married his high school sweetheart, Mary McLoud, on Nov. 17, 1945. Clint then went on to receive his degree in civil engineering at the University of Maryland. He worked in the engineering department at the Reading Railroad and then moved on in 1955 to John H. Wickersham where he retired as president in 1989.

Clint had been active as the president and treasurer of the Keystone Chapter of Associated Builders and Contractors, a member of the Lancaster Rotary Club, sat on the Council of St. Peters Lutheran Church, and served on the Manheim Township School Board.

During retirement, he and his wife Mary moved to Oxford, Maryland, where he became a member of the Vestry of the Church of the Holy Trinity, a board member of the Oxford Community Center, and a member of the Tred Avon Yacht Club.

He was preceded in death by his daughter Kim Collier.

A service will be held this spring at the convenience of the family. Burial will be at the Columbarium of the Church of the Holy Trinity in Oxford, Maryland.

In lieu of flowers, memorial contributions may be made in his honor to the Oxford Community Center in Oxford, Maryland.

To send condolences to the family and to sign the guestbook, please visit: www.fhnfu neralhome.com.