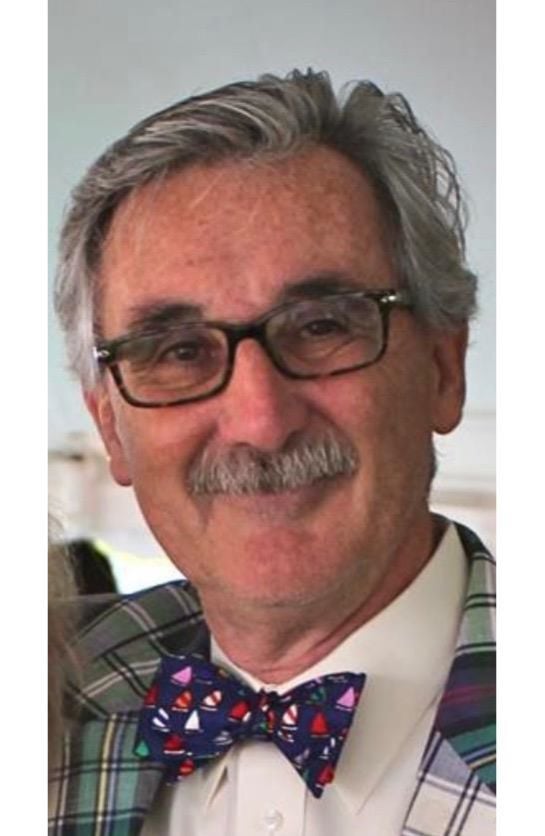 To plant a tree in memory of George McLaughlin as a living tribute, please visit Tribute Store.

ROCK HALL — George Eric McLaughlin of Rock Hall, MD and New Port Richey, FL died with his wife at his side at their Rock Hall cottage at the age of 70. He was born in Forty-Fort, PA on July 25, 1949, the son of Edwin and Catherine McLaughlin (nee Merkling). He grew up in Cold Spring Harbor, Long Island, NY and graduated from Cold Spring Harbor High School. He attended University of Wisconsin-Whitewater where he met his wife, Karen (nee Czajkowski) in 1969. He served in the U.S. Army as a Security Specialist and was stationed at the International Armed Forces NATO base, Naples, Italy. George married Karen in 1972 and she joined him in Italy for their honeymoon. They celebrated their 47th anniversary on December 30th. They moved to Galena in Kent County, MD after his honorable discharge and started their family. He worked as a yacht broker for Pilot Marine in Georgetown, MD before changing careers. George devoted 38 years to the investment industry. He joined Legg Mason as an investment executive in the Chestertown office in 1985 opening the 1st brokerage house in town. He was appointed branch manager in 1992. He was previously associated with Merrill Lynch in Wilmington, DE. His record of service to both individual and corporate investors earned him a place on Legg Mason’s prestigious President’s Council. George retired as a Morgan Stanley 1st Vice President Financial Advisor in April of 2019. Through Morgan Stanley, George sponsored Sultana’s Down Rigging Weekend. He was an avid sailor who enjoyed racing log canoes and sailboats with the most memorable race from Clearwater to Key West and trips to Tortola. He enjoyed taking family and friends out in his boats to waterski, sail, fish, where the best trips often ended with a party at Jelly Fish Joel’s. His move to FL allowed him to be on the water all year long, where he especially enjoyed diving for scallops. He fished the Long Beach Island, NJ Surf Tournaments as a member of Harry’s Fishing Club. He was a member of the Chester River Yacht and Country Club, Rock Hall Yacht Club and Gulf Harbors Yacht Club.

George loved his family which was the catalyst of leaving the Wilmington Brokerage firm. He prioritized being home for dinner, coaching his children’s sports teams, announcing high school football games, and attending lacrosse and wrestling matches, often donning his rubber chicken tie. In a 1996 interview for a Baltimore Research Publication he said, “the trade off, of course, is the lifestyle. I hope to be here (Kent County) for a very long time. You’ll have to carry me out feet first.”

He was preceded in death by his siblings, Charles McLaughlin, Ann Dodge, and Edwin McLaughlin.

Funeral Service will be held on Saturday, January 25 at 11 am in Emmanuel Church, 101 N. Cross St. Chestertown, MD.

To plant a tree in memory of George McLaughlin as a living tribute, please visit Tribute Store.