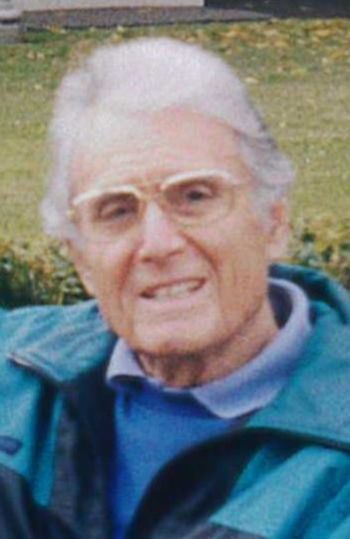 To plant a tree in memory of James Stewart as a living tribute, please visit Tribute Store.

OXFORD — James Francis Stewart passed away on December 1, 2019 at the Nanticoke Memorial Hospital in Seaford, DE. He was 98 years old.

James was born on May 17, 1921 in Germantown, PA. He attended the Drexel Institute of Technology in Philadelphia and graduated with a Bachelor of Science Degree.

James joined the U.S. Army in April 1943 and was on active duty in Italy during World War II from November 1944 until March of 1946. He then volunteered as a participant in the Allied Mission for Observing the Greek Election. James was separated from active duty in the army in October 1946.

From his first marriage, James is survived by his son, Roger Stewart, and grandson, Simon Stewart; and by his daughter, Cecily Ray, and granddaughter, Esha Ray. James remarried in July 1978, and is survived by his second wife, Maryan Susan Stewart. He was preceded in death by his brothers, Charles R. Stewart, Jr. and Ashton T. Stewart.

James trained as an electrical engineer, and worked for Leeds and Northrup, and later for Bechtel Corporation as an instrumentation and controls specialist until his retirement in 1992 when he moved to the home of his ancestors in Oxford, MD.

In lieu of flowers, memorial contributions may be made in his honor to Easton Family YMCA, 202 Peachblossom Rd., Easton, MD 21601.

To plant a tree in memory of James Stewart as a living tribute, please visit Tribute Store.