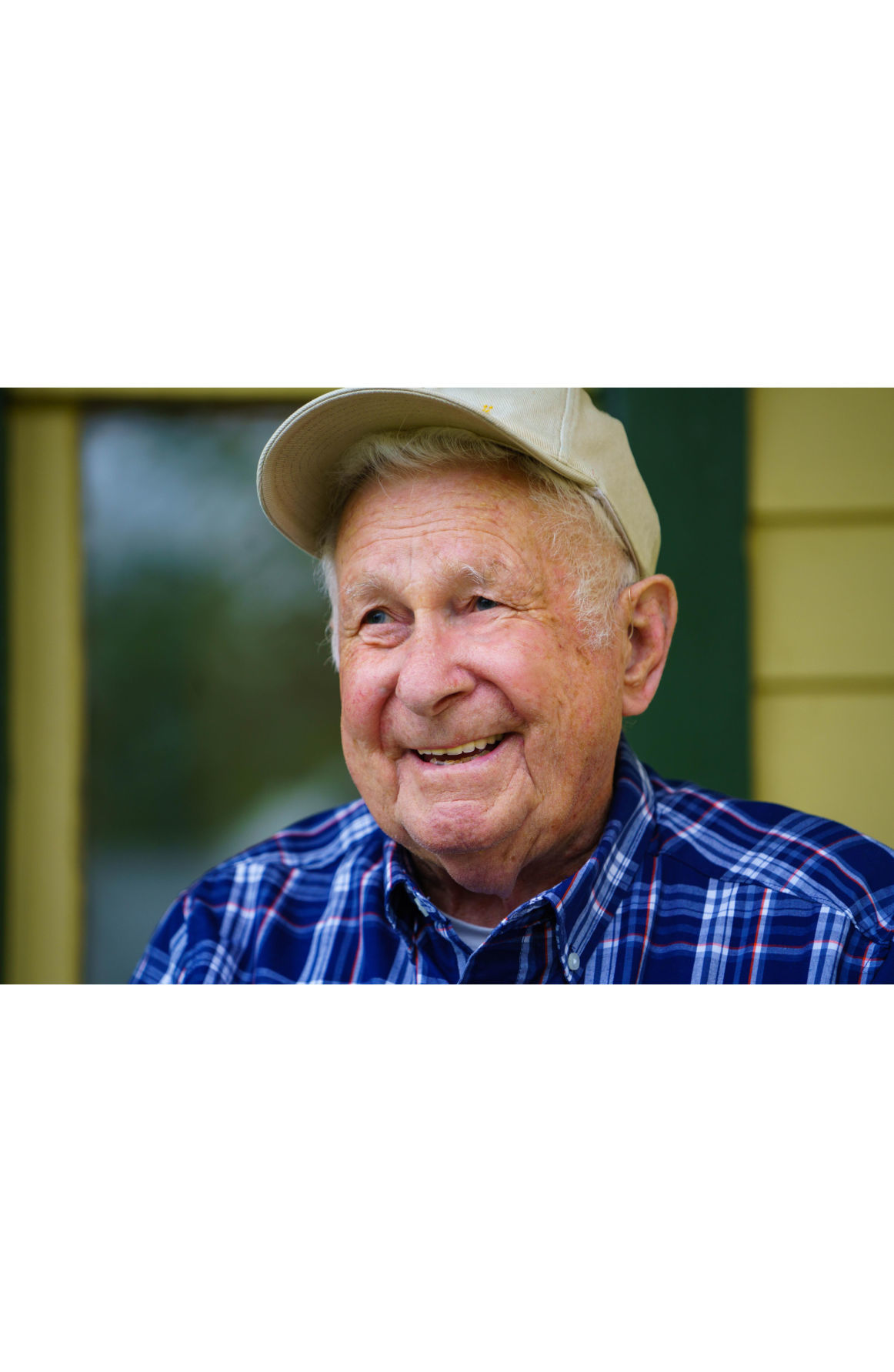 To plant a tree in memory of Kennedy Roe, Jr. as a living tribute, please visit Tribute Store.

TILGHMAN — Kennedy Wilson Roe, Jr., (Wilson to all who knew him), age 92, passed away on March 1, 2020, surrounded by his loving family at Talbot Hospice House, Easton, MD.

A lifelong resident of Tilghman Island, Wilson was born on November 25, 1927 to Kennedy Wilson and Hazel Virginia (Lednum) Roe and was the oldest of two children.

Wilson graduated from St. Michaels High School where he served as Secretary and President of the Student Council. According to his high school yearbook, he was known as “one of the quieter members of the class” and “His never failing courtesy, honesty, and reliability placed him high in popular esteem”. He continued his formal education by attending various courses and classes at Chesapeake College.

In July 1945, Mr. Roe enlisted in the Navy where he was trained as a meteorologist at the Lakehurst Navy Base, Lakehurst, NJ and was then stationed at the Washington Navy Yard, Washington, DC. He was proud to have served as a meteorologist on the presential yacht, the USS Williamsburg, where he cruised with President Harry S. Truman on the open seas. Wilson was honorably discharged in November 1948 and was awarded the American Theater Medal, WWII Victory Medal and the Good Conduct Medal.

On June 13, 1946, Wilson married his high school sweetheart, Norma (Murphy). Together they raised three children on Tilghman Island, enjoying Eastern Shore life together for 67 years until Norma’s passing in 2013.

After completing his military service, Mr. Roe was the owner/operator of Harper’s TV Service located in St. Michaels, MD. In 1979, he accepted an electronics technician position at Westinghouse Defense, Oceanic Division, Annapolis, MD and was later promoted to Quality Manager.

Wilson was a natural engineer and a jack of all trades, a man who could make or fix anything and knew a little something about almost everything. As a teenager, he learned to make and mend fishing and crabbing nets, an art and skill he would later demonstrate and teach to visitors at the Chesapeake Bay Maritime Museum and Tilghman Watermen’s Museum. Wilson was also a self-taught carpenter, boat builder, scuba diver, electrician, plumber, welder, blacksmith, machinist, photographer, film developer, leatherworker, electronics expert, computer expert, web developer and coder. He designed and built his own workshops, pleasure boats, ornamental ironworks, leather belts, wallets, and sandals, as well as radio transmitters and receivers, precision tools for building complex electronic assemblies, computers, waterproof camera housings for underwater photography, crab nets (commercial and pleasure), commercial dredge bags (designing and building his own loom of course), and most of his own Ham radio gear.

He was an instructor for the Talbot County (Scuba) Divers Association, an avid HAM radio operator and member of the American Radio Relay League, and an active volunteer at both the Chesapeake Bay Maritime Museum and Tilghman Watermen’s Museum. At the age of 77, he created the first web site promoting the businesses and tourism of Tilghman Island, using only native HTML code.

With his gentle spirit and kind smile, he leaves us with a legacy of integrity, decency, patience, generosity, commitment and good humor. We are blessed to have known him and honored to have called him Dad, Pop-Pop, Great Granddad and friend.

Mr. Roe is survived by his children Gene Roe (Paul Kreibich) of Columbus, OH, Bill Roe (Deanna) of Centreville, MD and Michael Roe (Michelle) of Easton, MD, his companion of six years Jean Cheezum of Easton, MD, his grandchildren Kris Roe (Gillian) of Cambridge, MD, Lori Morris (Rob) of Centreville, MD and David Roe (Tara) of Columbus, OH, and 13 great-grandchildren. He was preceded in death by his wife Norma (2013) and brother Les (1974).

As an expression of sympathy, donations may be made to the Tilghman Watermen’s Museum by visiting www.til ghmanmuseum.org.

To plant a tree in memory of Kennedy Roe, Jr. as a living tribute, please visit Tribute Store.