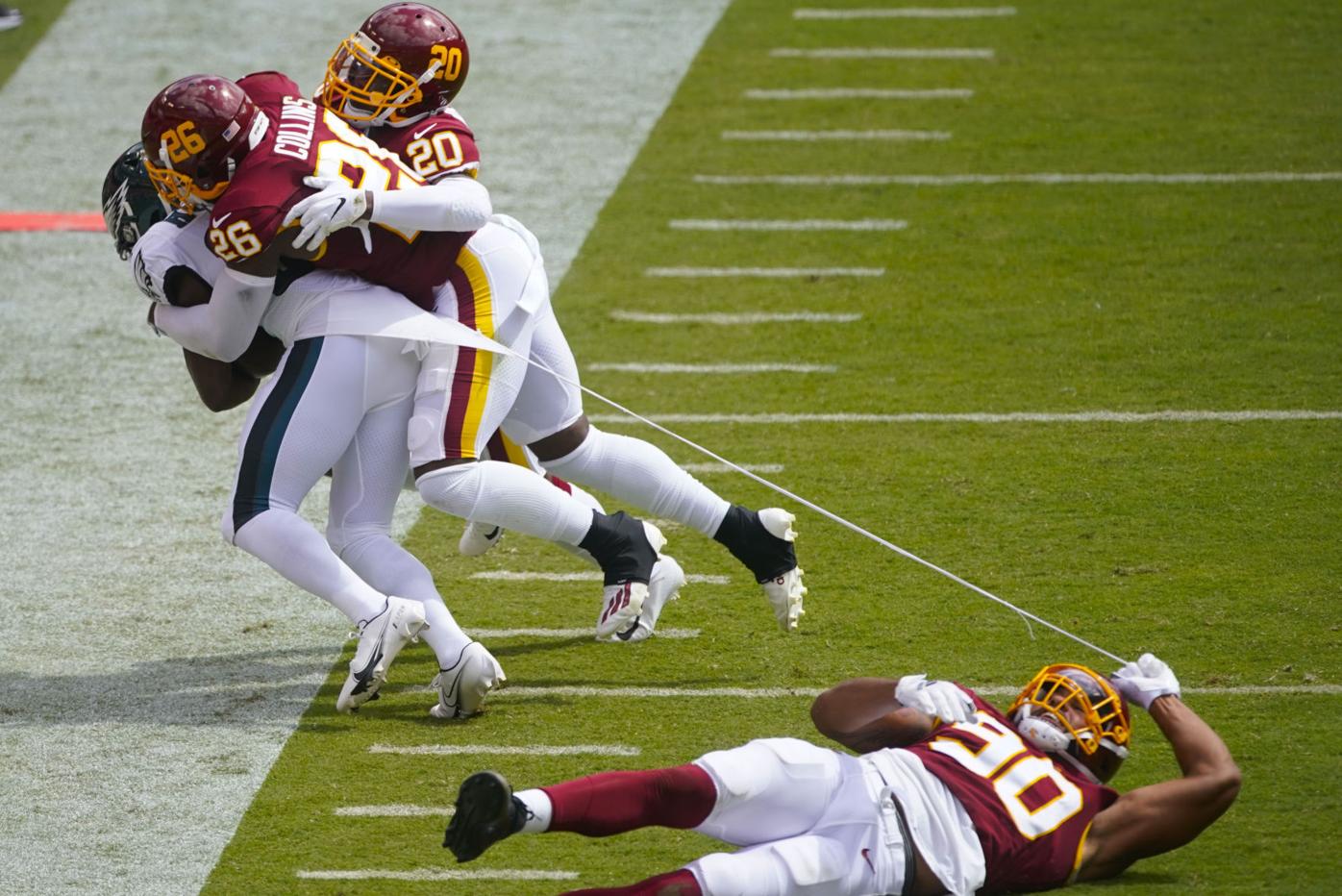 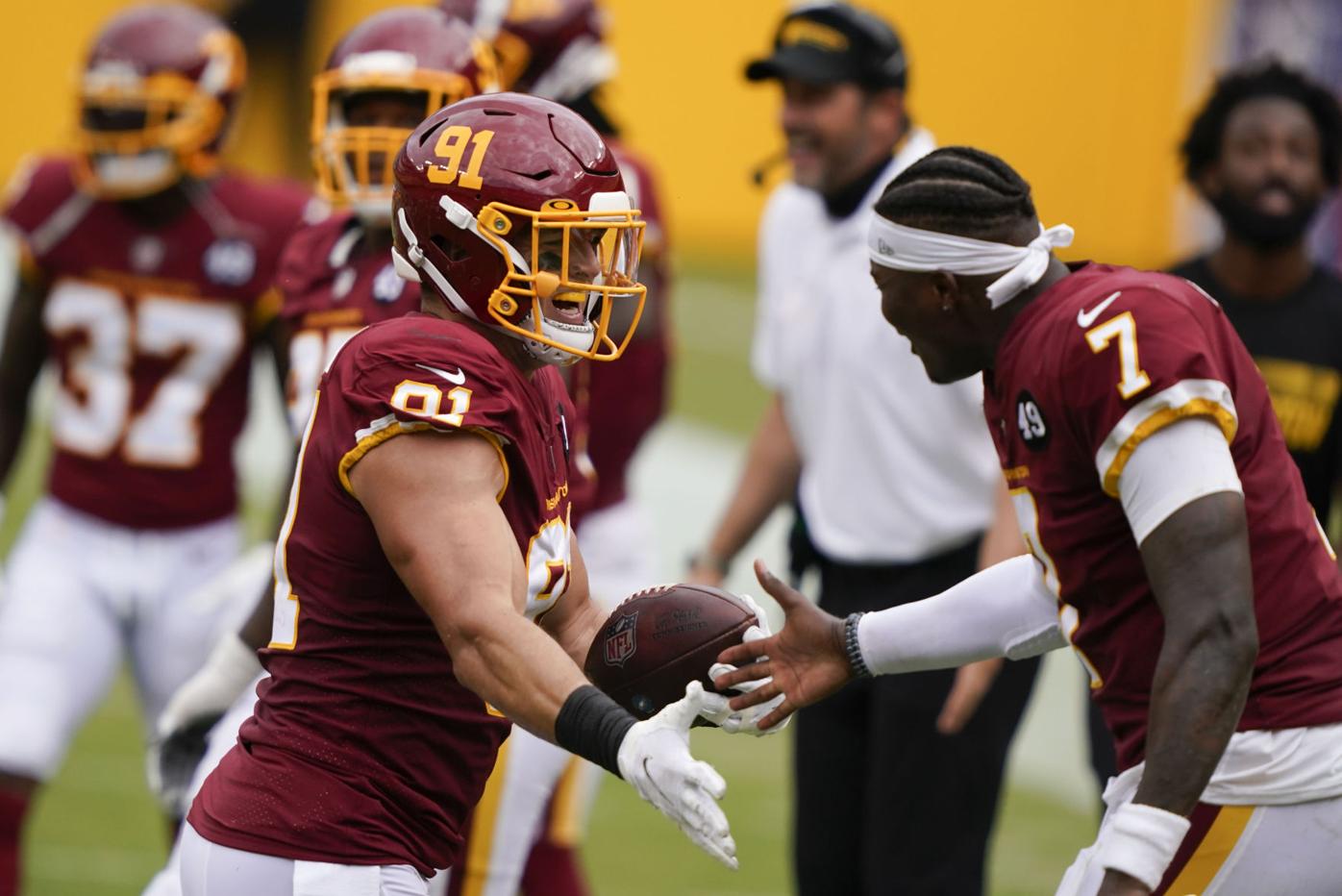 Ryan Kerrigan expected Washington’s defense to make some plays in the season opener. Even he was surprised it made so many.

“I don’t know if you can ever go into a game saying, ‘Oh yeah, we knew we were going to get eight sacks,’ but that’s a good way to start the season,” Kerrigan said.

In sacking Carson Wentz eight times, intercepting him twice and keeping the Philadelphia Eagles off the scoreboard in the second half, the unit showed it could be a force this season.

That’s a result of adding a difference-maker in No. 2 pick Chase Young and the coaching of Ron Rivera and defensive coordinator Jack Del Rio, who have harnessed a surprising amount of talent on that side of the ball.

“When you have depth like we do, I feel like you can definitely wear an O-line down,” Young said after the 27-17 victory. “It feels good, but I know and I feel like our whole defense knows that we can definitely be better, though.”

It’s difficult to put together much better of a performance than Washington had in the second half Sunday. After Fabian Moreau’s interception in the second quarter gave Dwayne Haskins the ball for Washington’s first points, the defense allowed Philadelphia to amass only 90 total yards, and Jimmy Moreland’s pick set up another touchdown.

And, oh yeah, the eight sacks. Kerrigan made two of them, Young and defensive tackle Matt Ioannidis had 1 1/2 each, edge rusher Montez Sweat and linebacker Jon Bostic contributed one apiece and Alabama first-rounders Jonathan Allen and Daron Payne helped out on a couple.

Some credit has to go to former president Bruce Allen, whose regime picked Allen, Payne and Sweat early and got Ioannidis and Moreland much later in the draft. But Rivera and Del Rio also switched to a 4-3 scheme and are trying to teach different techniques for getting around and through blockers.

Without preseason games, it was difficult to know if the new coaches were successful. The Eagles game showed they’re getting there.

“As we progress and hopefully we can have success next week, these guys will start to see and go: ‘Man, OK, I get it. I see what they’re trying to teach us. I understand what they’re coaching,’” Rivera said Monday. “Now it feels right.”

The pass rush is key to much of what Washington needs to do as a team.

When cornerback Josh Norman signed in 2016 off an All-Pro season in Carolina, there were questions about whether he could be as effective without the Panthers’ defensive line. After four mediocre seasons and his release, the team might finally have the strong line that Norman needed. Washington’s revamped secondary is benefiting instead.

“It was our first game with the whole D-line this year with Sweat, Kerrigan, Daron Payne, all the guys,” Moreland said. “We got out there and we saw what they were capable of doing. Today they finally sold it. That makes this more precious for us, knowing that a quarterback is looking at that in the pocket knowing that it’s coming to us.”

The slow start was still troubling, and Washington can’t fall behind 17-0 every week and expect to come back. After reviewing the game film, Rivera still doesn’t know what the offense is capable of, which means he could have a one-dimensional, defense-reliant team for now.

Haskins is displaying all the traits that made him the starter and a captain. He gave the halftime speech when Rivera had a pre-planned IV to maintain hydration while undergoing cancer treatments, and the 2019 first-round pick led the second-half comeback.

“I learned over the years that there are opportunities in a game or in a locker room or before the game to fire your guys up,” Haskins said. “I felt that we were kind of in a lull. We were trying to do as much as we can, but I tried to find a way to motivate the guys and come back in the second half and win.”

Bryce Love might be an important part of Washington’s running attack after Adrian Peterson was cut, but he was inactive against the Eagles while rookie Antonio Gibson and free agent additions Peyton Barber and J.D. McKissic split the carries. Love is not quite two years removed from tearing the ACL in his right knee, and perhaps his time to shine is later this season or in 2021.

Cornerback Kendall Fuller missed the Eagles game with a knee injury, and Rivera said he’ll provide an update Wednesday. Fuller was brought back in free agency — the 2016 third-round pick was traded to Kansas City in the Alex Smith deal — to be Norman’s replacement.

6 — Haskins completed passes to six different receivers in the win. Even though Washington’s receiving corps is full of undrafted free agents, it’s led by breakout star Terry McLaurin and might be better than expected.

Stay on course. Rivera feels like his team already beat the best in the NFC East, and Kyler Murray’s Arizona Cardinals provide a different challenge, a speedy one, after they beat the defending conference champion San Francisco 49ers in Week 1. Arizona, the home team, opened as a 7-point favorite.