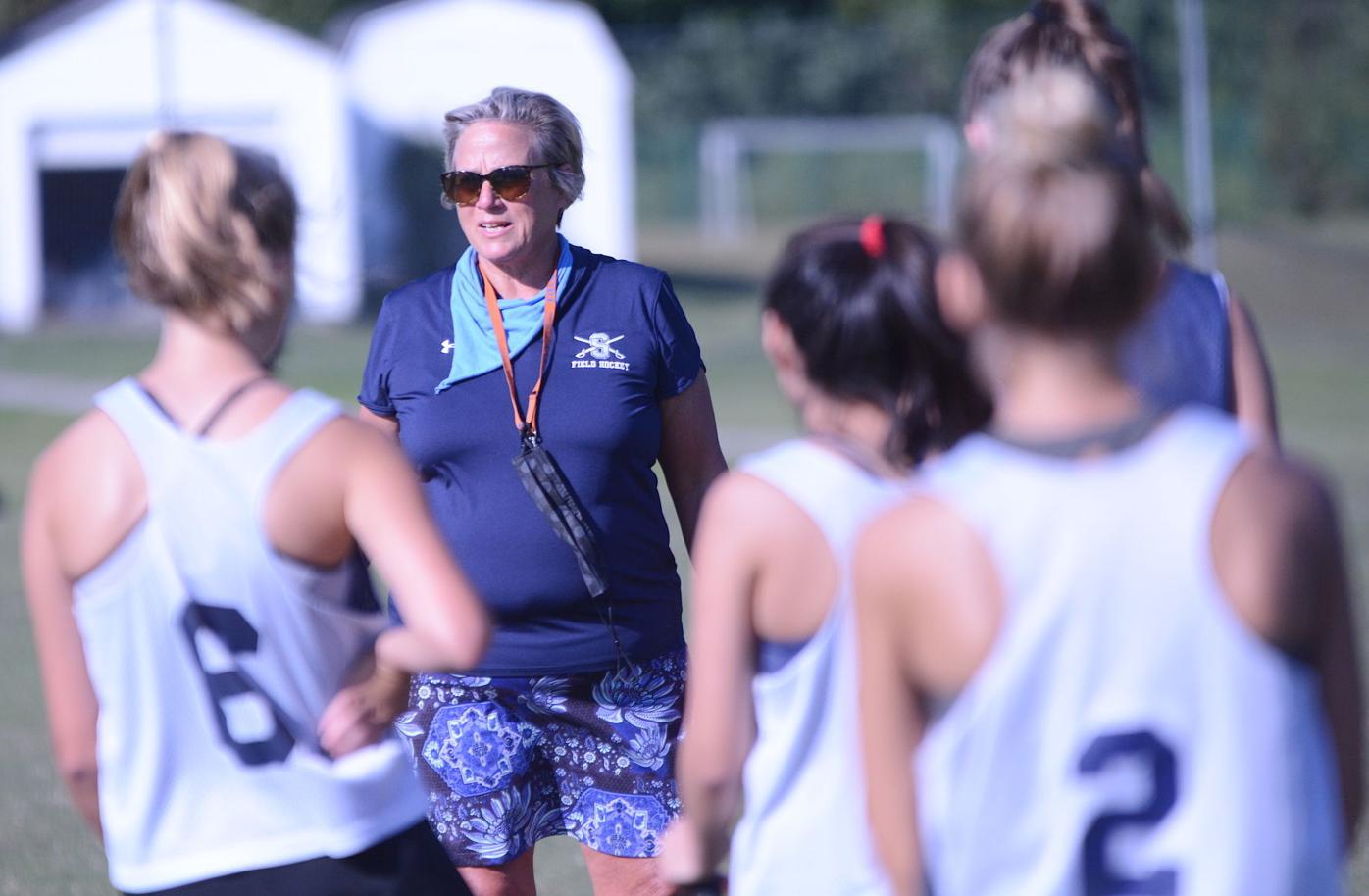 After three years as Easton High’s head coach, Debbie McQuaid is back coaching at Saints Peter and Paul. 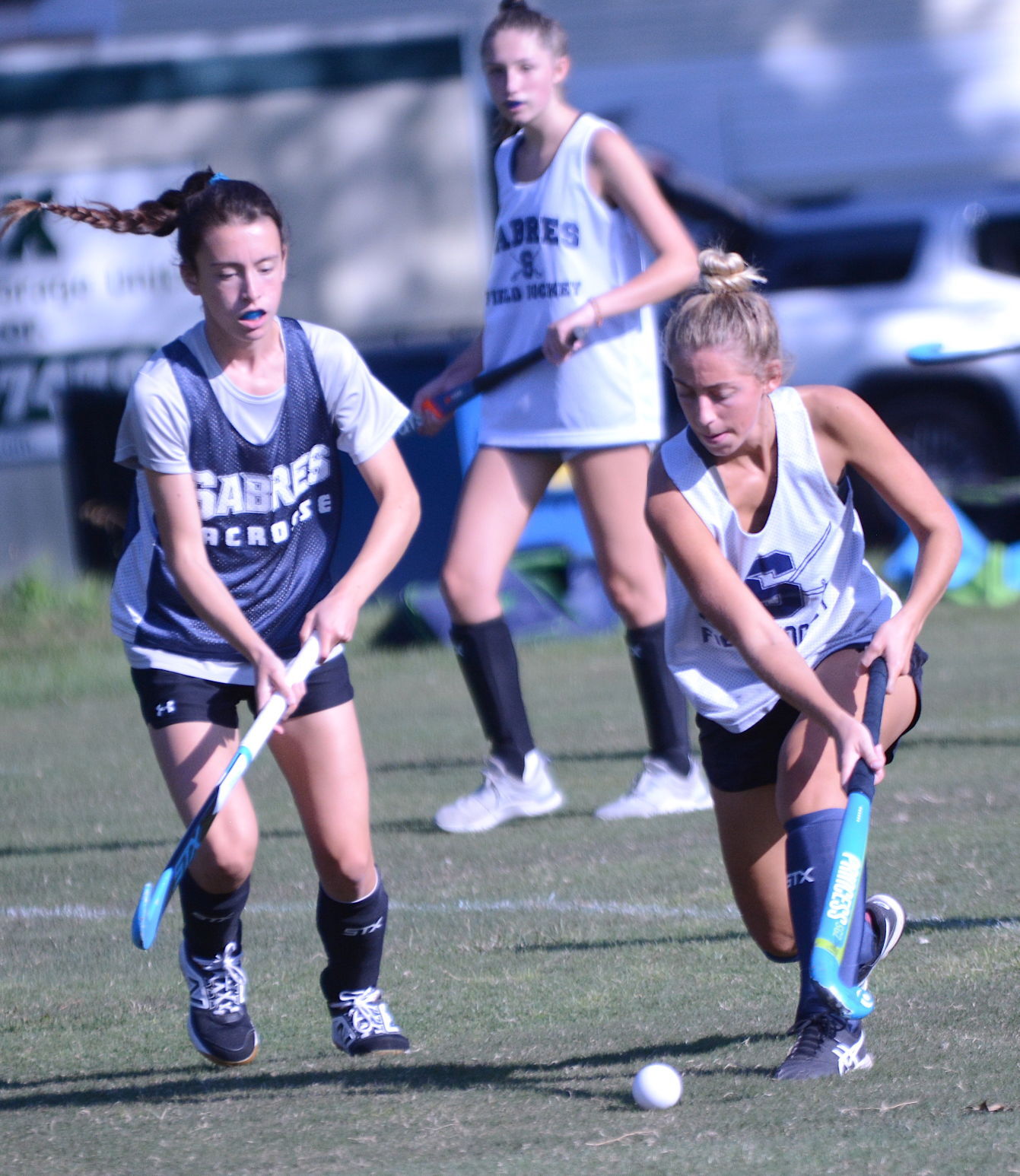 Nancy McGettigan, far right, figures to be one of the key components in Saints Peter and Paul pushing to reach a second straight ESIAC championship appearance.

After three years as Easton High’s head coach, Debbie McQuaid is back coaching at Saints Peter and Paul.

Nancy McGettigan, far right, figures to be one of the key components in Saints Peter and Paul pushing to reach a second straight ESIAC championship appearance.

Now, even as she prepares for the shortest high school season of her coaching career, Debbie McQuaid’s approach remains the same.

A longtime teacher and administrator, McQuaid announced her retirement from education early this year, opening the way for Alli Szymanski to succeed her as head coach at Easton High. In March, Sts. Peter and Paul Athletic Director Pat Tracy called to see if McQuaid was interested in the Sabres’ coaching vacancy. It didn’t take long for him to get an answer.

“A nano-second,” McQuaid said with a laugh when asked how long it took her to decide if she wanted the job. “Retirement without field hockey would be no fun. I didn’t want to be away from the kids or the game.”

Initially there looked like there would be no games to coach this season because of the ongoing COVID-19 pandemic. But after careful consideration that included looking at virus metrics and Gov. Larry Hogan’s advisories, the ESIAC decided to play an abbreviated regular season. Saints Peter and Paul, Gunston, Holly Grove, Worcester Prep and Delmarva Christian are each scheduled to play a four-game regular season, culminating with the top two teams playing the conference championship.

“We’re young, but we have some talent in the middle,” said McQuaid, who succeeds Suzanne McGettigan.

In the middle is where senior midfielder Nancy McGettigan and senior forward Joy Perry figure to make an impact, along with freshman Gennie Webb.

“We have five new freshmen this year, and a lot of them are bringing a lot of talent to the team in many different ways,” said Nancy McGettigan, who was part of the team that reached the ESIAC final last year where it fell to Holly Grove. ““We have two new goalies, and they are doing fantastic and not letting up.”

The Sabres are into their third week of practice, but McQuaid still has decisions to make. Junior Maddie Brice and sophomore Vicka Lafferty — a transfer from Kent Island — are vying for the starting goalie spot, though both could see plenty of playing time. Junior Maddie Hernandez is a solid defender who should aid whoever’s in goal.

Sophomore Evelyn Murphy has impressed McQuaid and could start at midfield or in the back.

“She’s really a phenomenal athlete,” McQuaid said of Murphy. “She can run all day. Just have to figure out where to best utilize her talents. She’s got great speed. Probably one of the fastest kids I’ve watched in a while.”

Freshmen Morgan Quade and Emmery Sweeney have the versatility to play midfield or at forward, and hope to provide scoring punch.

“We’re young, but we’re strong,” said McQuaid, who will be assisted by former St. Michaels head coach Missy Cannon. “We’re just excited to have a season.”