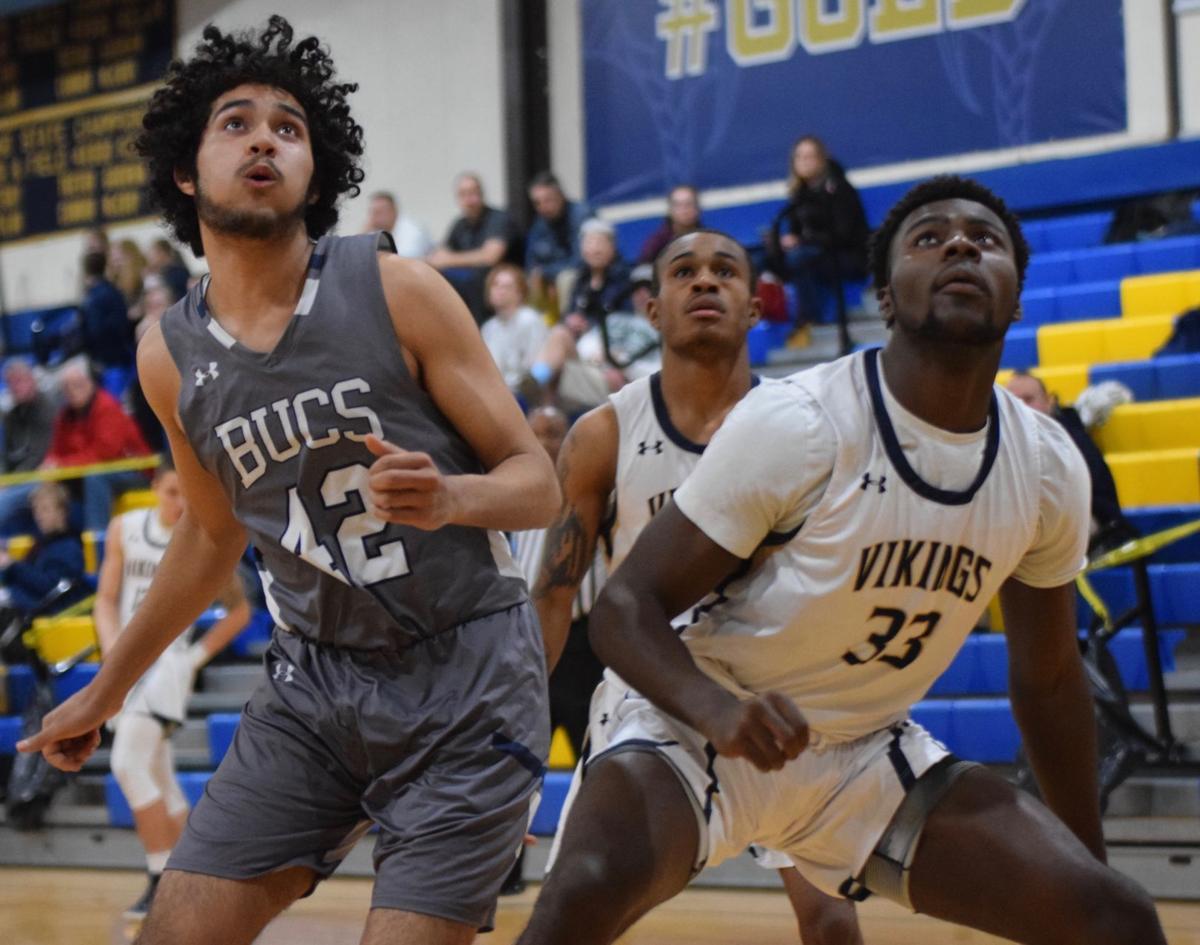 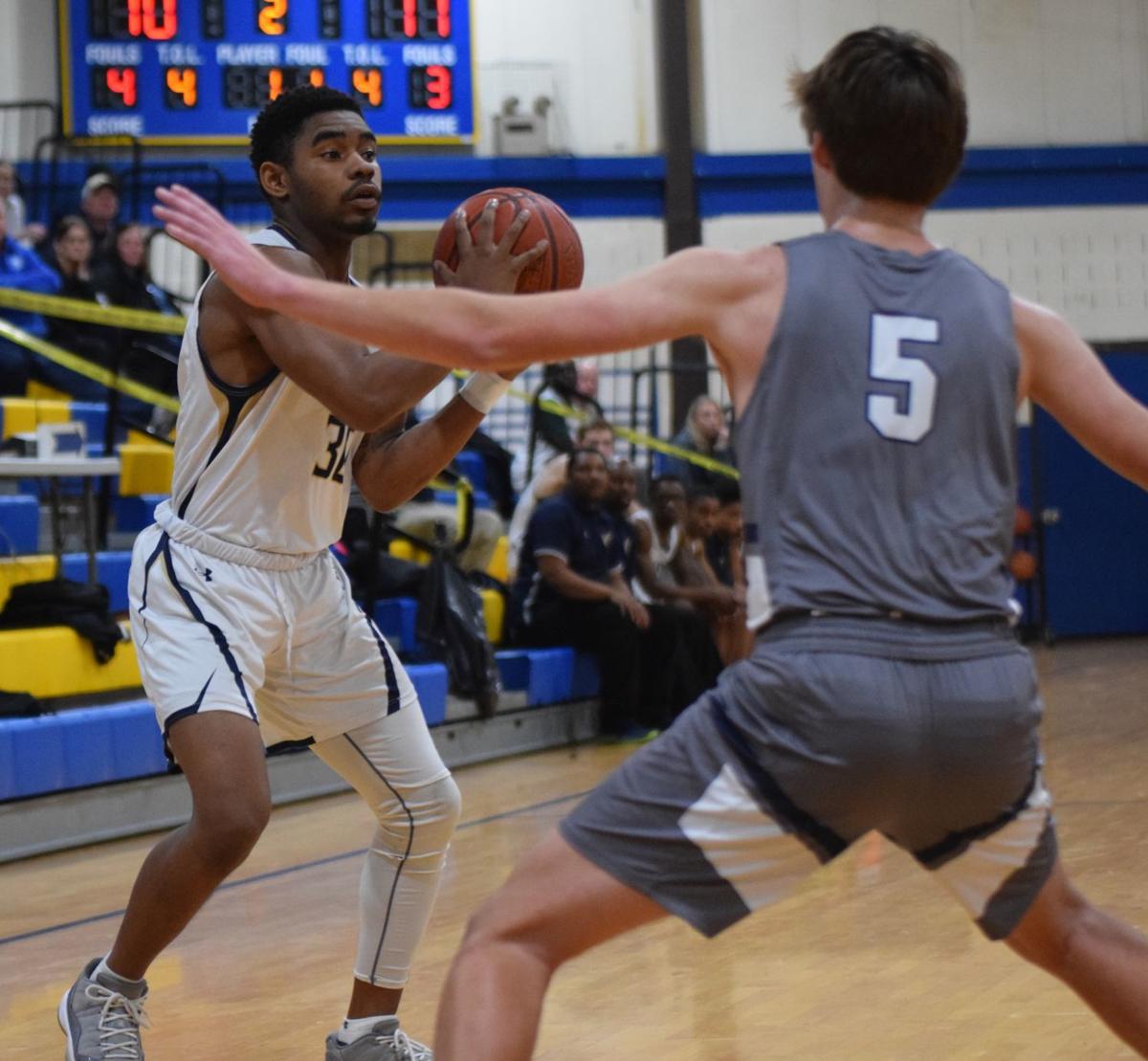 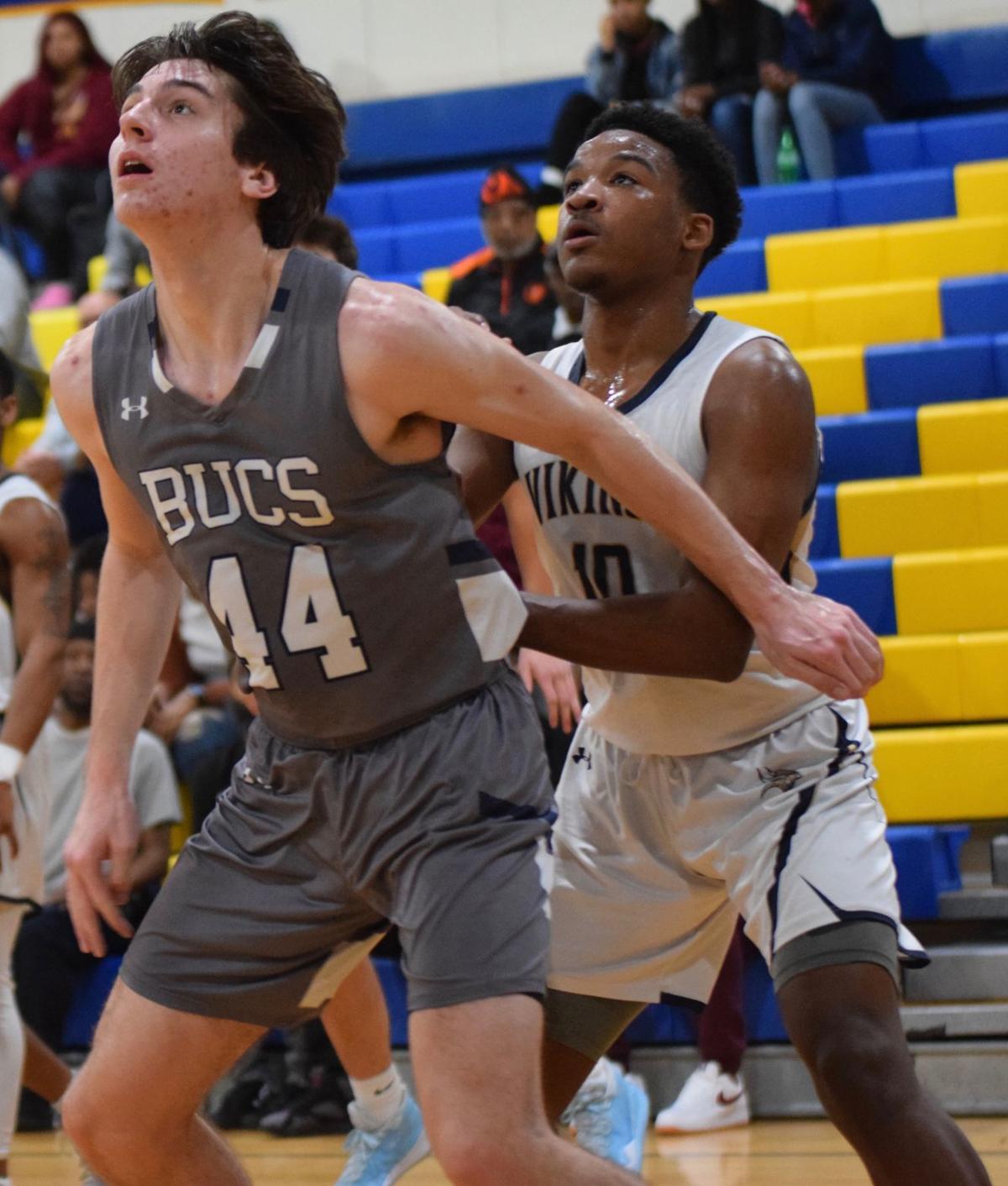 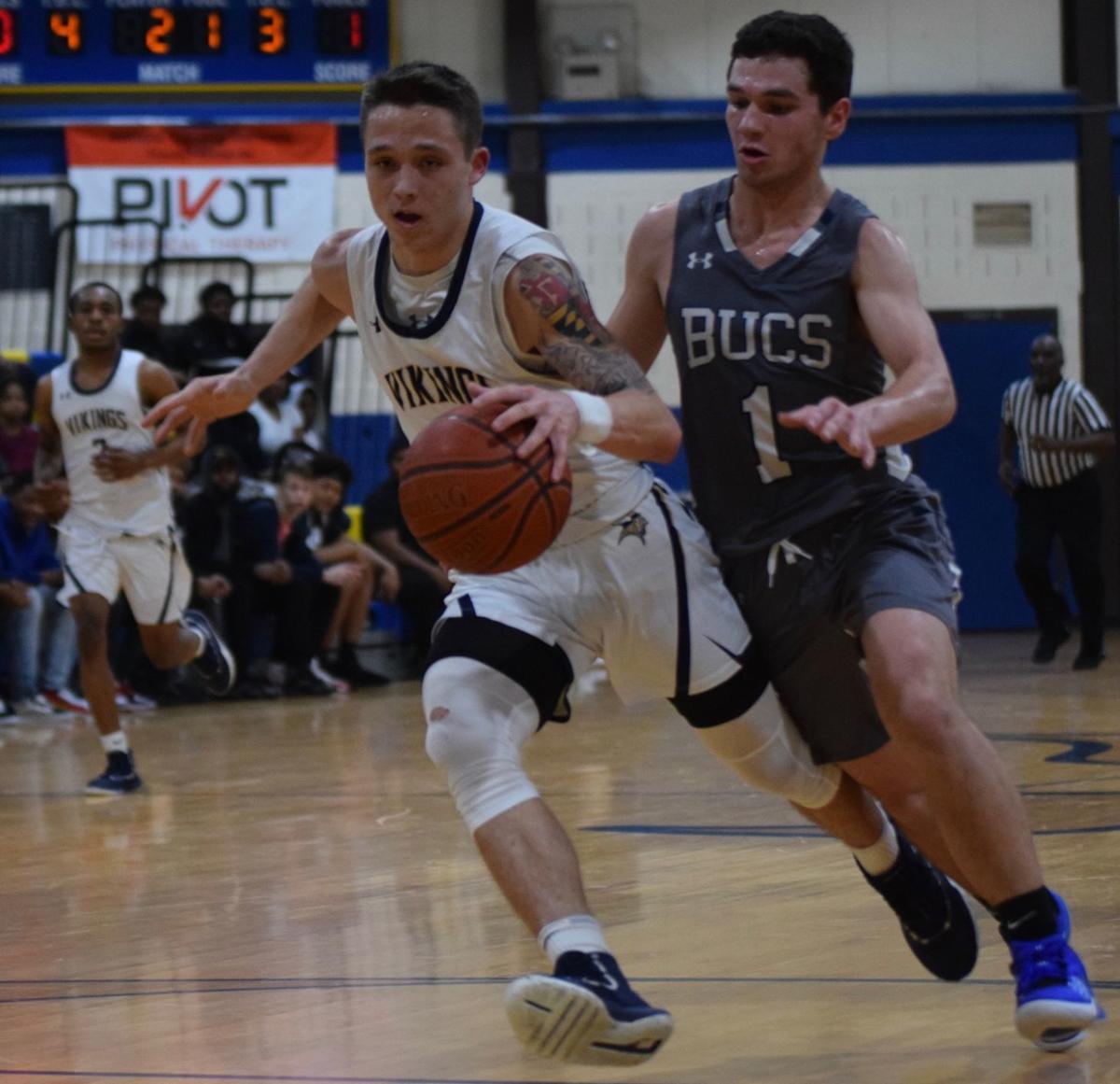 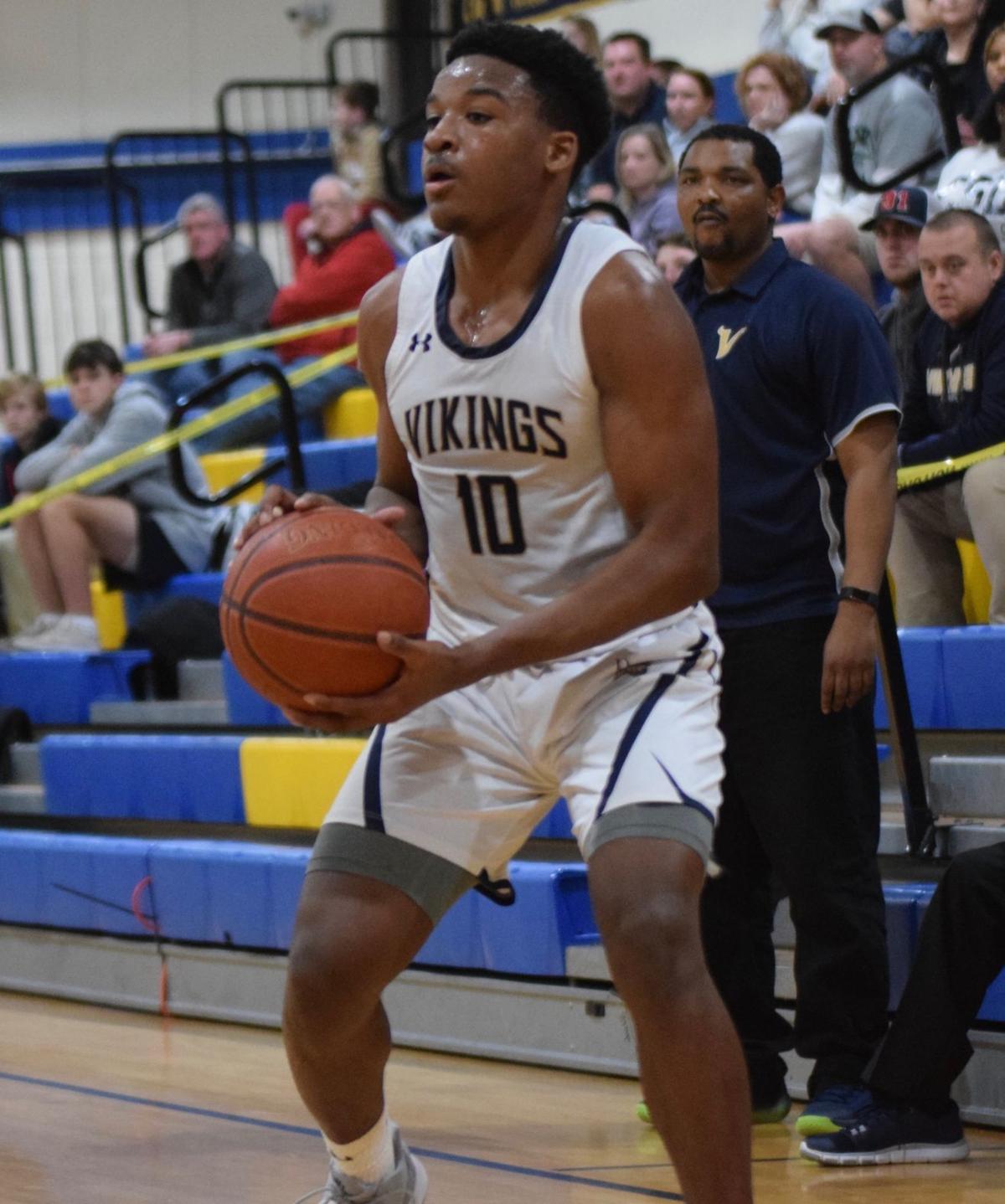 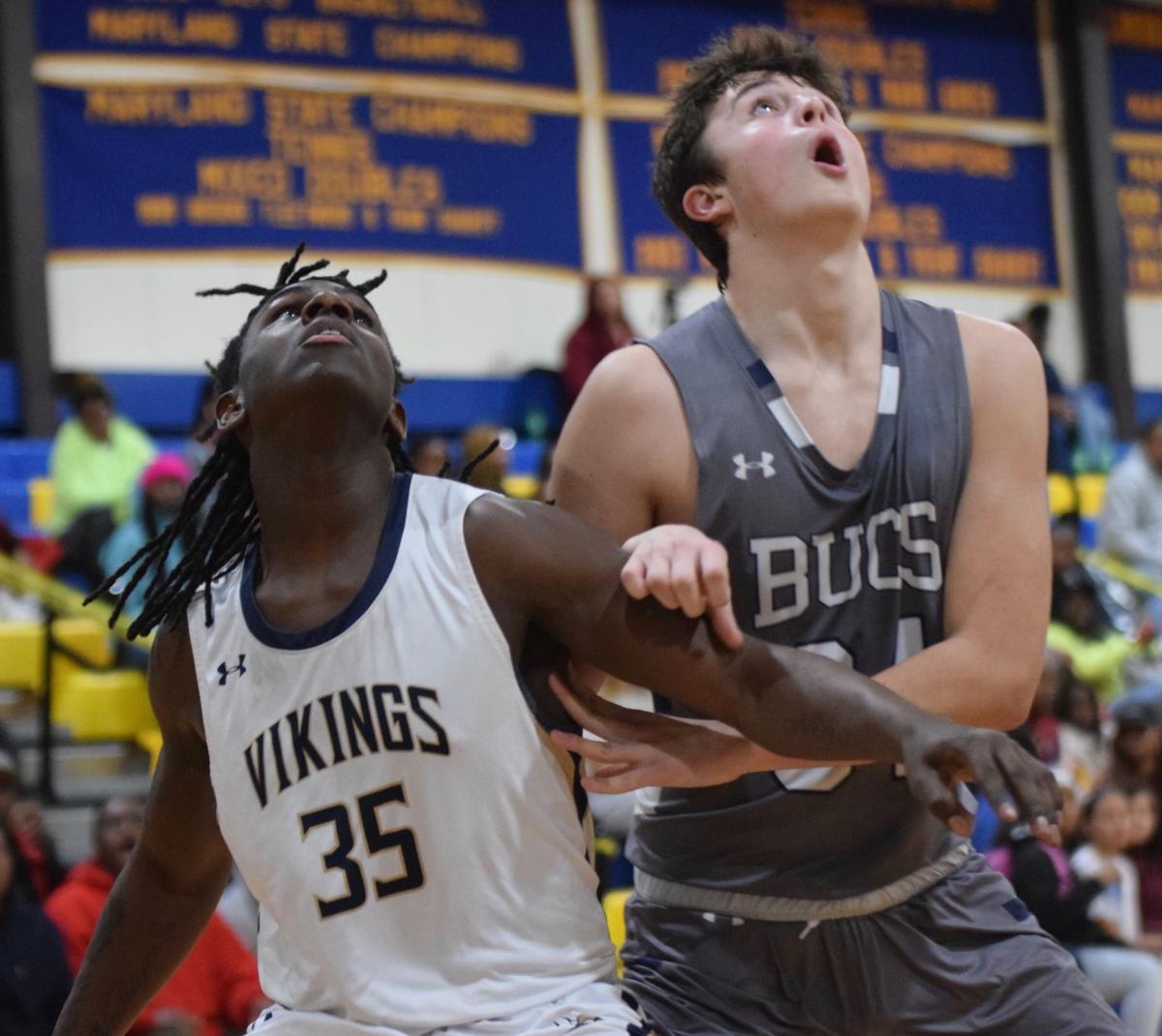 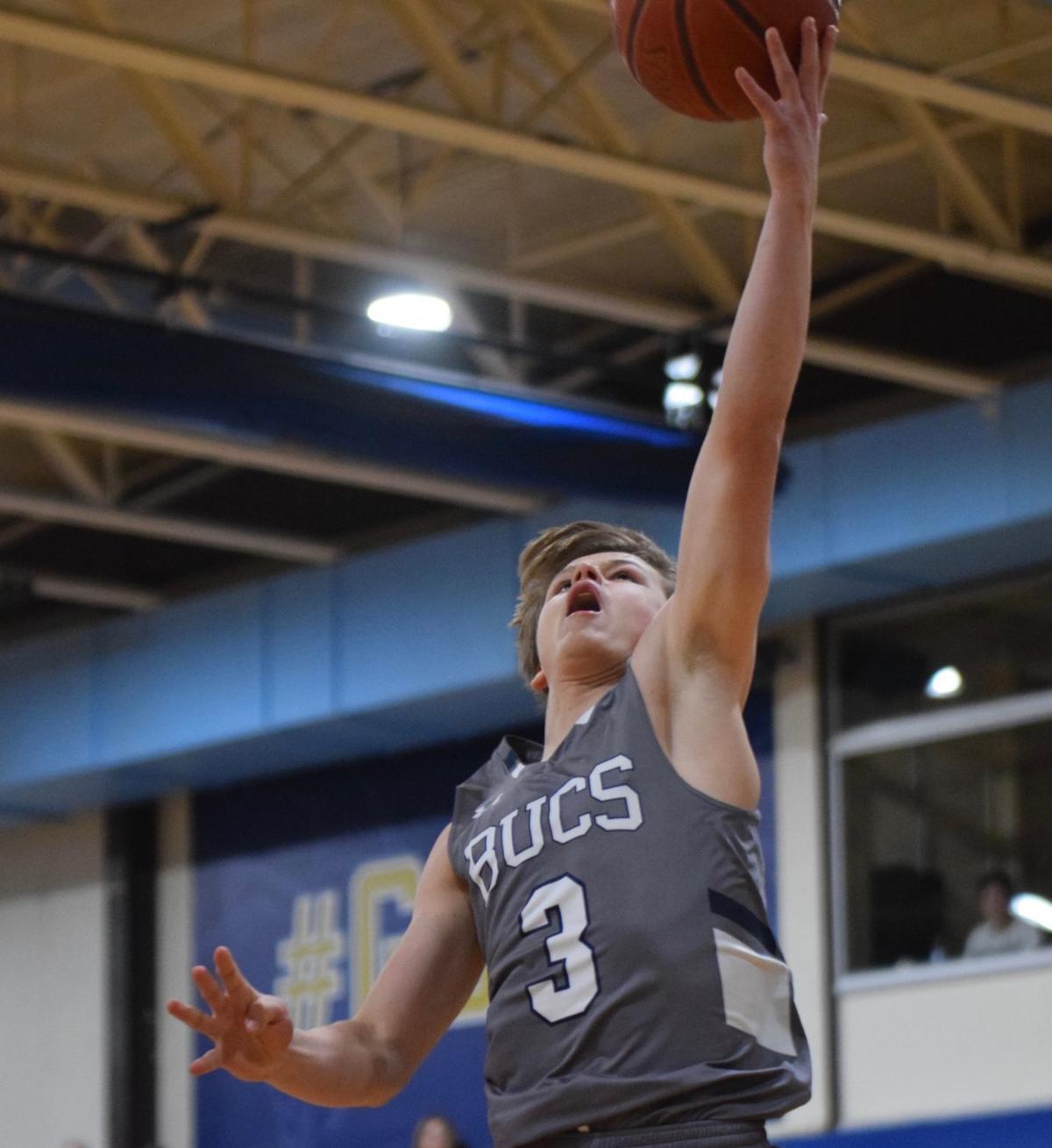 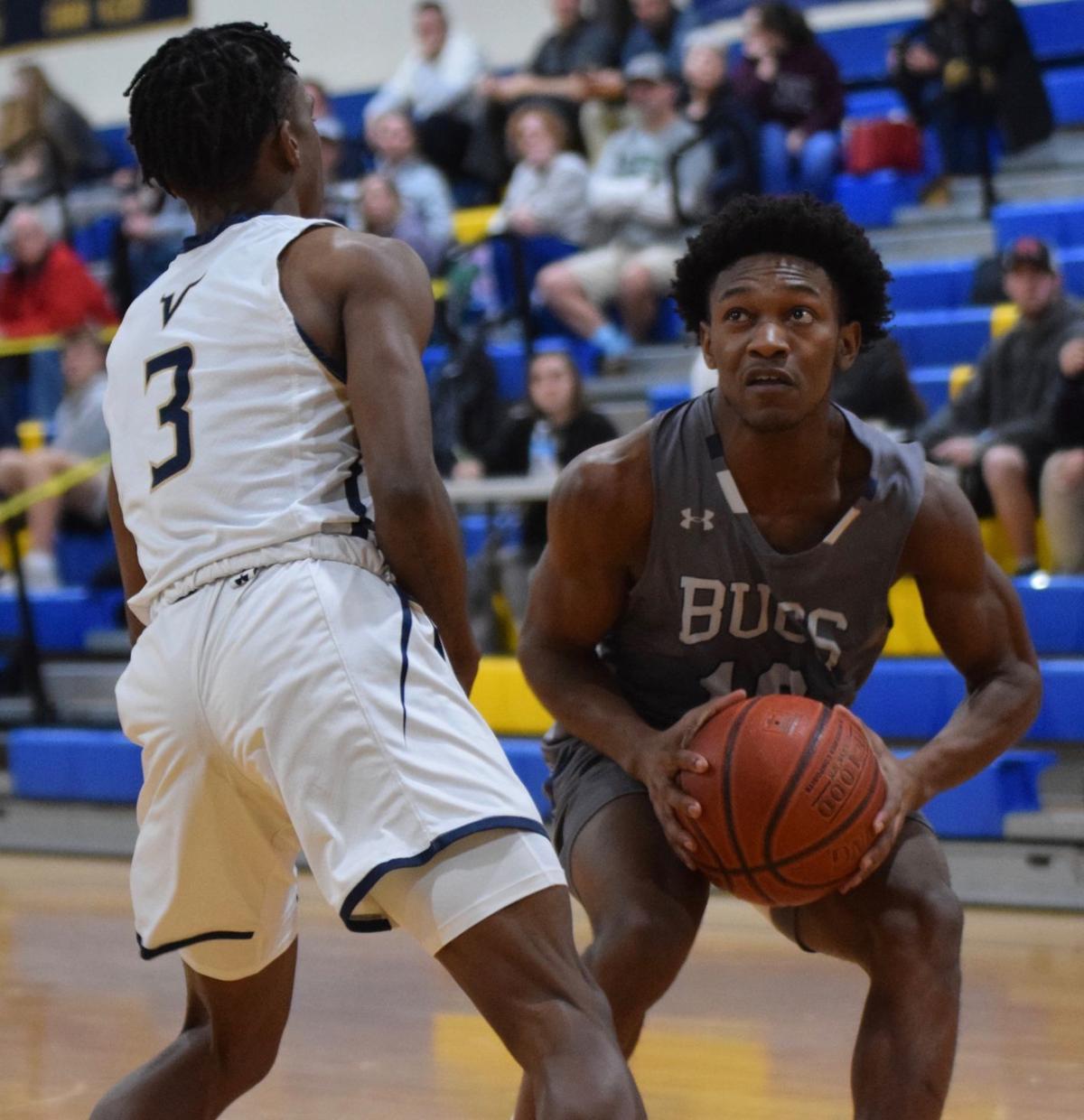 CAMBRIDGE — Cambridge-South Dorchester High’s boys’ basketball team was in control of the game against Kent Island in the second half Tuesday. The Vikings were in a similar situation two weeks ago against Queen Anne’s.

C-SD led Queen Anne’s by 22 with about five minutes remaining in the fourth quarter, but the Lions launched a ferocious comeback that fell just short. After that game, Vikings head coach Marty Bailey Jr. was frustrated with the way his team unnecessarily pushed the pace with a big lead.

On Tuesday, C-SD led Kent Island 62-47 with about five minutes to play. This time around, the Vikings slowed things down, killed clock and methodically closed a 76-62 victory that put them atop the North Bayside standings on a tiebreaker over Kent Island with two North games remaining.

Bailey saw a lot of character and maturity from his squad late in the game.

“Normally, the game would end up being a two-point or three-point game,” Bailey said. “So I’m proud they took care of business at the end because that hadn’t happened all year. I would always be wondering if we were going to win the game. But I’m happy for them.”

Many of those 3s came early in the third quarter. After leading 31-30 at halftime, the Vikings blew the game open with an 18-2 run to start the second half. They came out of the locker room ready to race.

“We were just slow in the first quarter,” Jackson said. “We knew that we had to get our speed up and move up the court and be in the gaps on defense. We just had to execute the rest of the game.”

C-SD needed a second-quarter run just to take the lead. Kent Island (12-4, 11-3) opened the game with an 11-0 run, and the Buccaneers led by seven after the first quarter. The Vikings went ahead early in the second quarter, but had to survive most of the quarter without key junior forward Vejon Ashley, who sat with foul trouble.

Bailey said hanging in with Ashley on the bench was important.

“We’re a deep team,” Bailey said. “I never know which combination or how many players I’m going to play each night. I just basically coach off of feel and how the game is going. And they stepped up.”

The Buccaneers played aggressive defense, particularly early in the game, pressuring the ball and going hard for steals. That strategy was successful in the first half, but it caused them to run out of energy later in the game.

“We just ran out of steam,” Kent Island head coach Frank Kratovil said. “We subbed as much as we could. (Senior point guard Cole Kratovil) gets tired. I pulled him (in the) first quarter to give him a break, and we turned the ball over several times bringing it up. He was tired; that’s the point. We consistently struggled all game with the pressure one way or another at different points.”

Coach Kratovil knows the Buccaneers lost control of their North Bayside destiny with this loss, but emphasized to his team after the game that it’s not out of it yet and to control its own results.

“We’ve got to move on,” Kratovil said. “Every game is a battle. Everybody’s got a couple games left. And, listen, we’ve got to win our next game to even be in the position (in the North). We’ve got two tough games left. The season’s not over.”

Both teams play their penultimate North Bayside regular season games on Thursday: Cambridge-SD at Kent County, and Kent Island hosting North Dorchester. The Vikings could clinch the North with a win and Kent Island, Queen Anne’s and North Caroline losses.

EASTON — Jake Satchell had 21 points and dished six assists, and Dylan Wanichko had 15 points and 10 reboonds to to lead the Sabres.