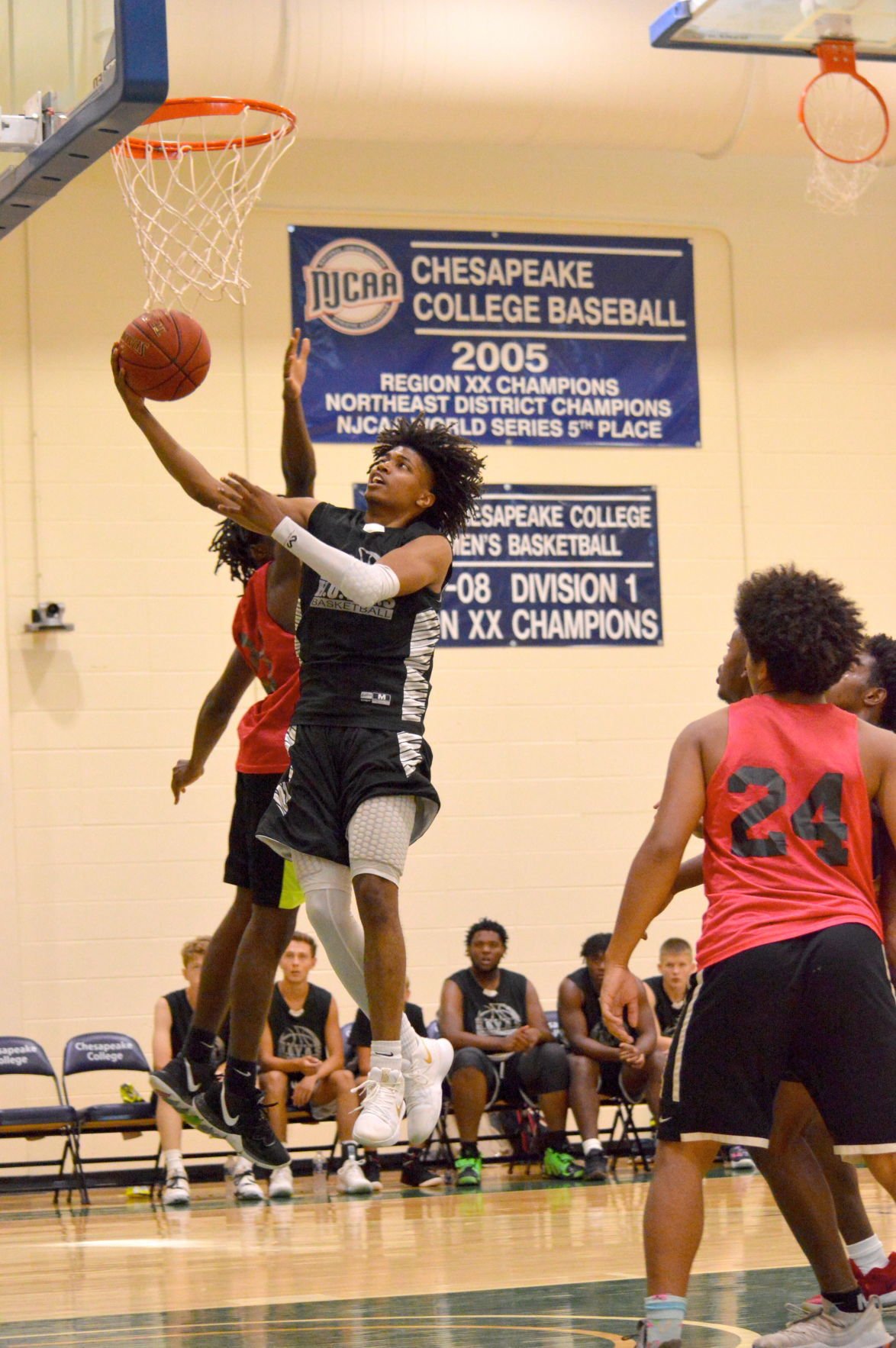 JayShaun Freeman won’t be putting on any high-flying displays this summer after Chesapeake College canceled its annual summer basketball league. 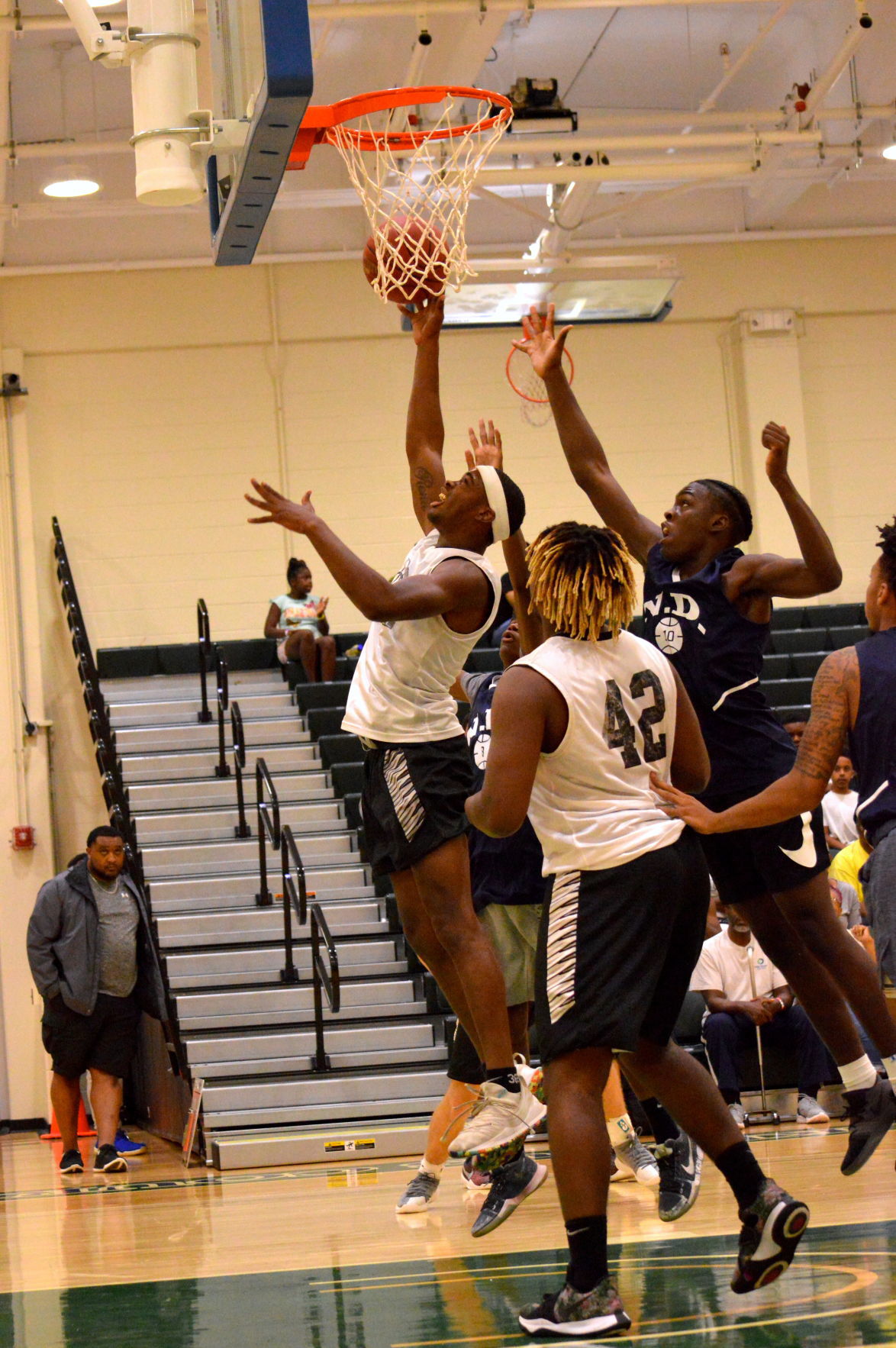 Chesapeake College won’t have battles under the boards this summer after canceling its annual summer basketball league because of the coronavirus.

JayShaun Freeman won’t be putting on any high-flying displays this summer after Chesapeake College canceled its annual summer basketball league.

Chesapeake College won’t have battles under the boards this summer after canceling its annual summer basketball league because of the coronavirus.

It was a chance to work on their skills, maybe catch the coach’s attention with their improvement.

More than anything, it was a chance to play — a chance that like every sports season this spring has been taken away.

“I don’t see how it could go,” said Brad Plutschak of Chesapeake College’s annual summer basketball league, which has been canceled due to the continuing coronavirus pandemic. “You’ve got to do what’s in the best interest of the college, and then as far as the students. I get it; totally understand how the decision’s been made.”

Chesapeake has been closed since the third week of March because of the coronavirus. Szymanski said only essential personnel are allowed at the school, and thought all scheduled activities had been canceled at least through June 30, noting cancellations could stretch into July. Those activities included annual baseball and basketball clinics and camps at the school.

The basketball league the school has annually hosted usually started the Monday after Memorial Day weekend. But Jackson sensed this year may be erased.

“Seeing that all the AAU leagues were canceled, and then with colleges still being shut down, I knew our summer league wasn’t going to be up and running this year,” said Jackson, whose wife, Lanni, worked the school gymnasium’s front door on game nights, while his daughter Jayonia worked the concession stand. “I think it’s going to hurt the kids development wise because a lot of kids look forward to working on their game in the summer.”

Each team was scheduled to have five regular-season games — which were slated to be played in under an hour — and two potential playoff games, with the winning teams playing an eighth game for the championship.

Plutschak noted even teams with first-round byes in the playoffs were allowed to play exhibition games. Teams eliminated in the postseason were also brought back to play consolation games.

“You want them playing every week,” said Plutschak, the head varsity coach at Colonel Richardson, who helped coach in the league along with Jackson. “We wanted it to be competitive, but we always wanted them playing.

“It was just about seeing the boys, making sure they were doing OK, checking in with them once a week,” Plutschak continued. “It was more about making connections with the kids.”

League teams went by town names, and were not permitted to use their school names. Still, the league offered area high school coaches the opportunity to scout who might be coming into their program the upcoming season, how their returning players were improving, and what opposing teams may be looking like on the horizon.

But as Plutschak noted, “It was more just about getting everybody together and having something for kids to do. I mean we’re all competitive, but we also really want the kids to be involved during the summer. It was a way to keep tabs with them and check in with the coaches and see how everybody’s doing.

“Hopefully we’ll be in a position where we can do it again next summer,” Plutschak added. “It’s just the way it has to be and everybody understands. It’ll just make us appreciate it that much more when we get to do all this stuff again.”