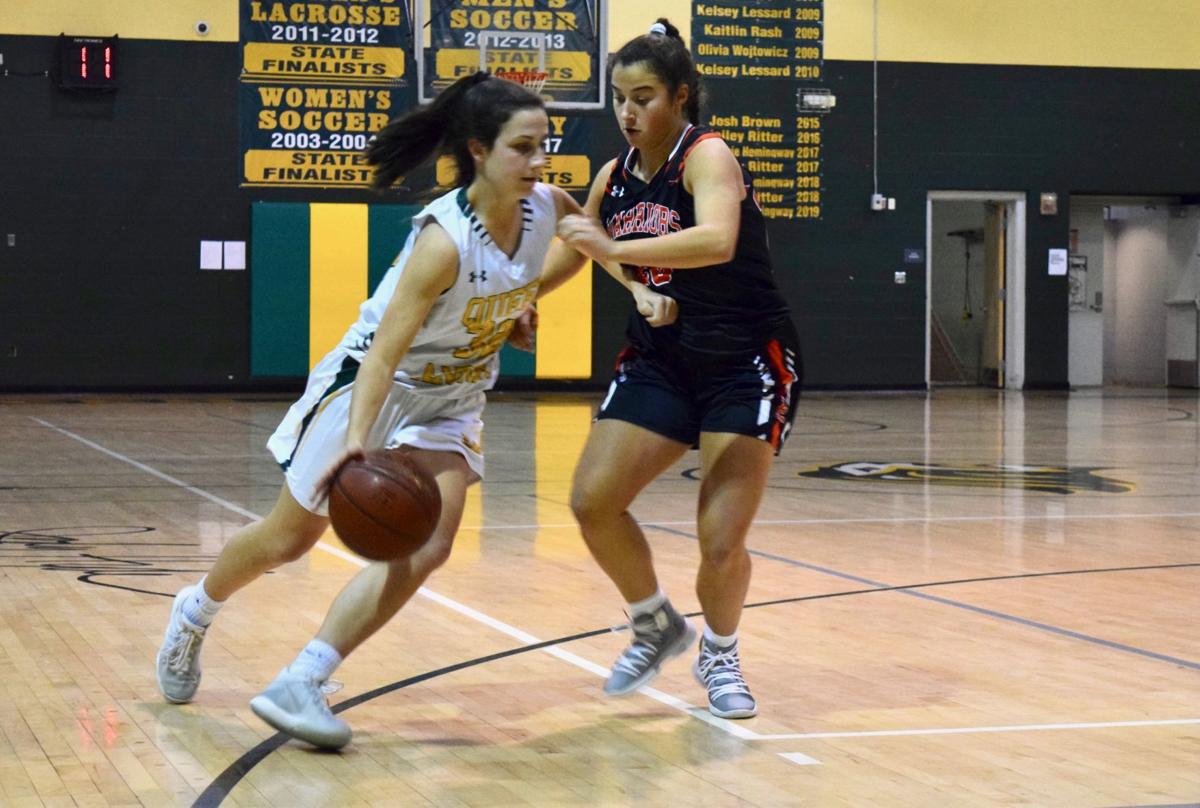 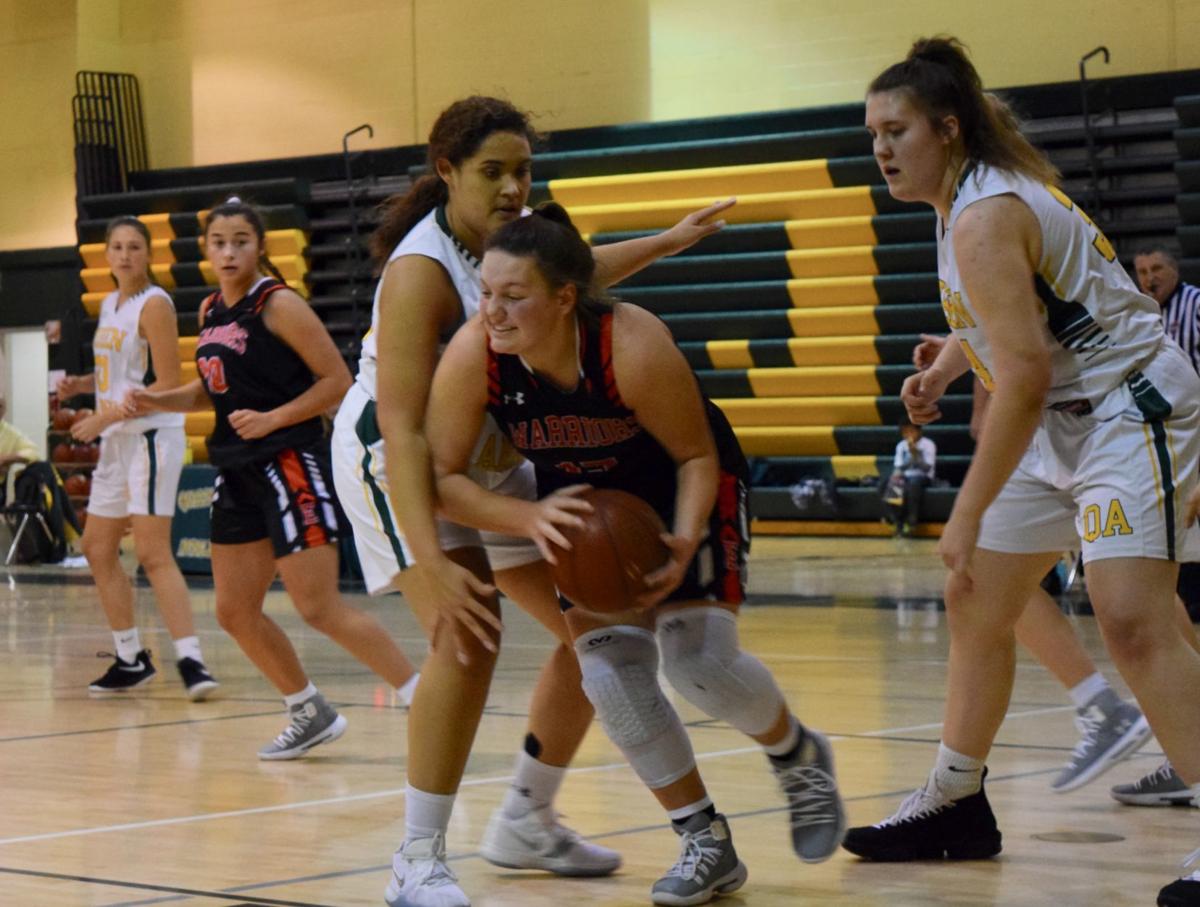 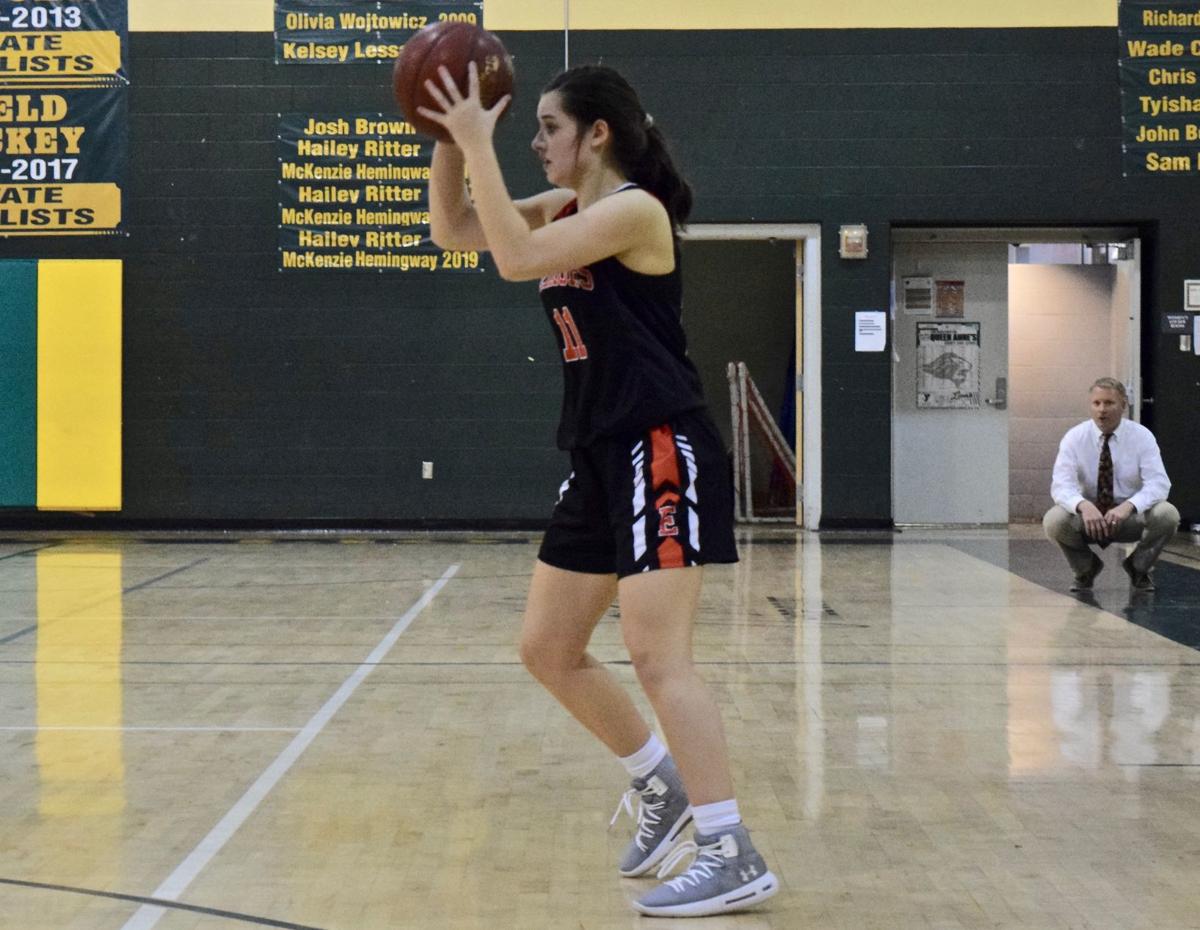 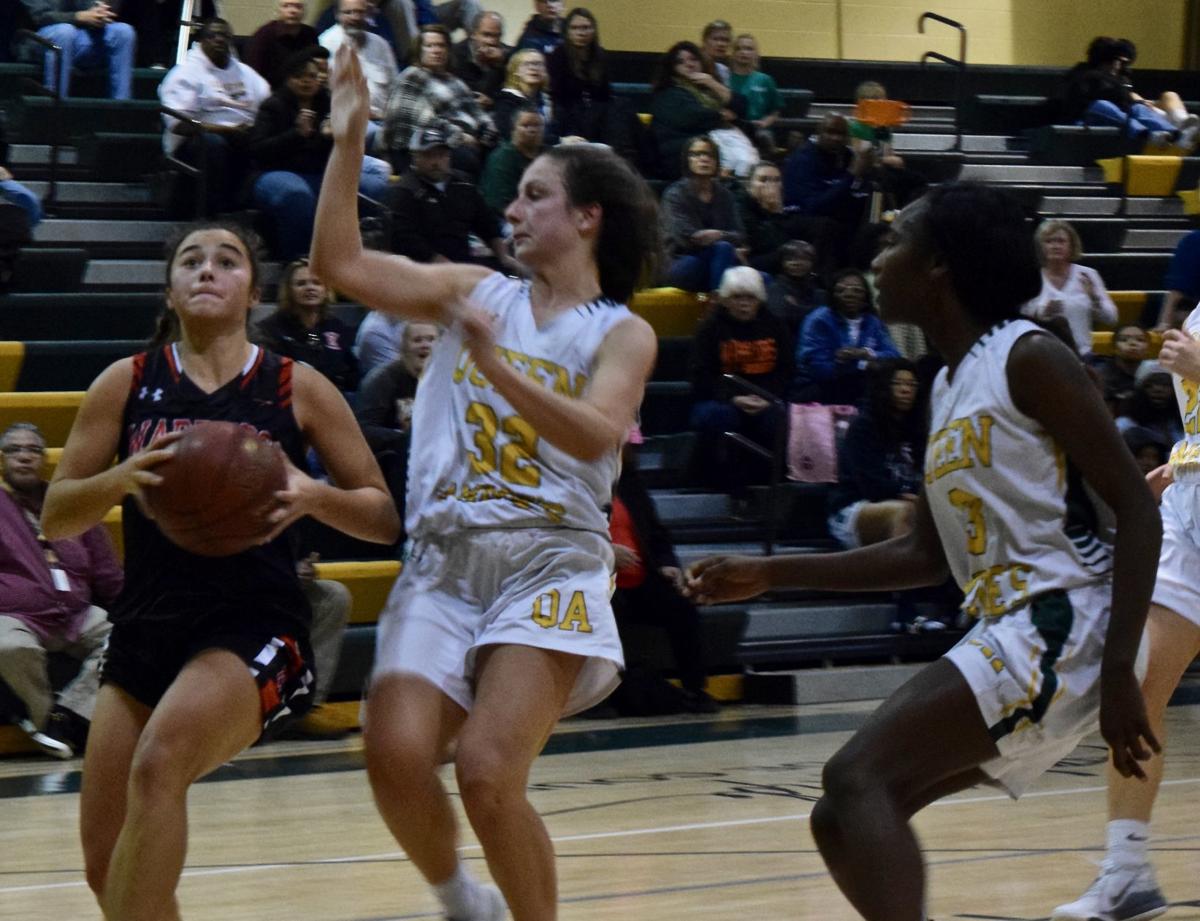 CENTREVILLE — By her third or fourth basket, Abby Farr could tell she was feeling it.

Farr was a little surprised she kept getting open looks. Queen Anne’s (1-2 overall, 0-1 North Bayside) made a point of taking away Easton’s post players, which left Farr free to shoot. She took advantage.

“I was just feeling good that I could do that for my team,” Farr said. “I knew I had to do something.”

Farr was the primary reason the Warriors (4-0, 2-0) stayed competitive in the first half — Queen Anne’s led by six at halftime — and came out ahead in the second. Whenever Easton needed points, she consistently answered the call.

“If you cover her so much, then they’ve got (Myia) Jeter, they’ve got (Emily) Griffith, (Abi) Detrich, (Lily) Osborne,” Kern said. “They have so much talent on the floor at one time. That’s where it makes it difficult.

“You can’t give up one for the other,” Kern continued. “You’ve just got to hope that you can get a hand in their face and hope they miss sometime. And she didn’t miss tonight.”

Jeter put up 12, including six free throws. In addition to Farr, Kern felt Easton’s free-throw shooting was the difference in the game. The Warriors shot 11 of 15 from the line, and Kern said his team couldn’t afford to put Easton on the line so often.

Queen Anne’s led 34-31 going into the fourth quarter, but the Warriors quickly tied it on a Farr 3 and built a lead with an 8-0 run to open the period. Coach Griffith said the key to the run was just staying composed.

“We just had to play our best basketball,” Matt Griffith said. “We got a little bit out of it, worried about too many other little things throughout the night and the game, things that we can’t control.

“We had to work harder in it, and they bought in and believed in the process,” Coach Griffith continued. “The ball movement was so much better in the second half. And Myia Jeter and Abby Farr stepped up on the offensive end for us.”

{span}This game completed a stretch of three games in four days for Easton. Griffith was concerned how his starters would handle fatigue heading into the game, but came away pleased.{/span}

The win gives Easton an early advantage in the standings over another team expected to compete for the North Bayside title. Griffith was not looking to bask in the success.

“It’s a good rivalry game with us. We’ve been battling for a couple years — Kent Island, Queen Anne’s in the North,” Griffith said. “We hadn’t been tested yet. First time we got tested. It was a big opportunity for us to build off. We’ve got a lot of work to do. We’re going to get back to work tomorrow.”

Despite the loss, Kern took many positives away from the game. He was happy with the Lions’ intensity to start the game, and sees this as proof his team can hang with anyone. He told his players not to hang their heads.

“We’re playing against last year’s North (champions), and they’re the exact same team,” Kern said. “They didn’t lose anybody. They’re experienced, they’ve got a lot of seniors out there starting. Just build from it. We see them again.

“Actually, if anything, it builds a little confidence that we can play with them,” Kern added. “We’ve just got to close it out better.”

Kent County’s Kayla Collins scored 17, her first basket putting her over the 1,000-point mark for her career.