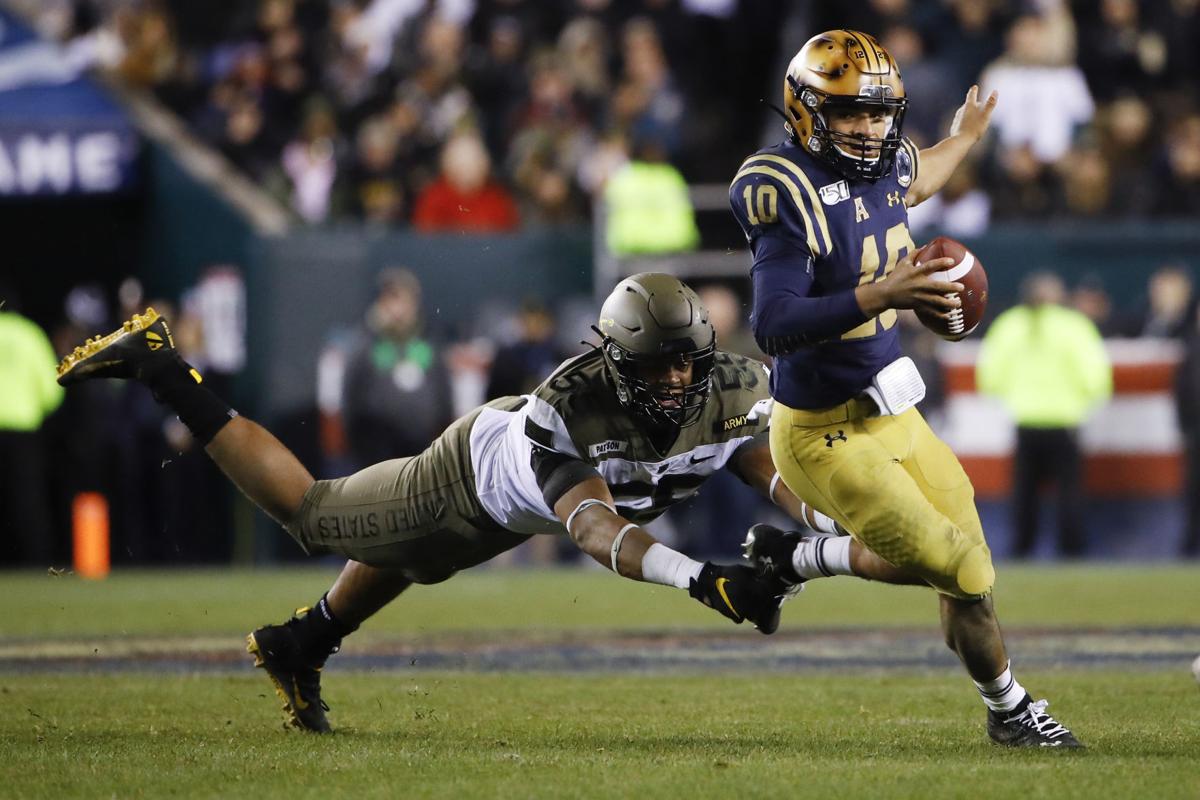 Navy quarterback Malcolm Perry runs past Army defensive end Edriece Patterson during the second half this year’s annual showdown between the two academies. 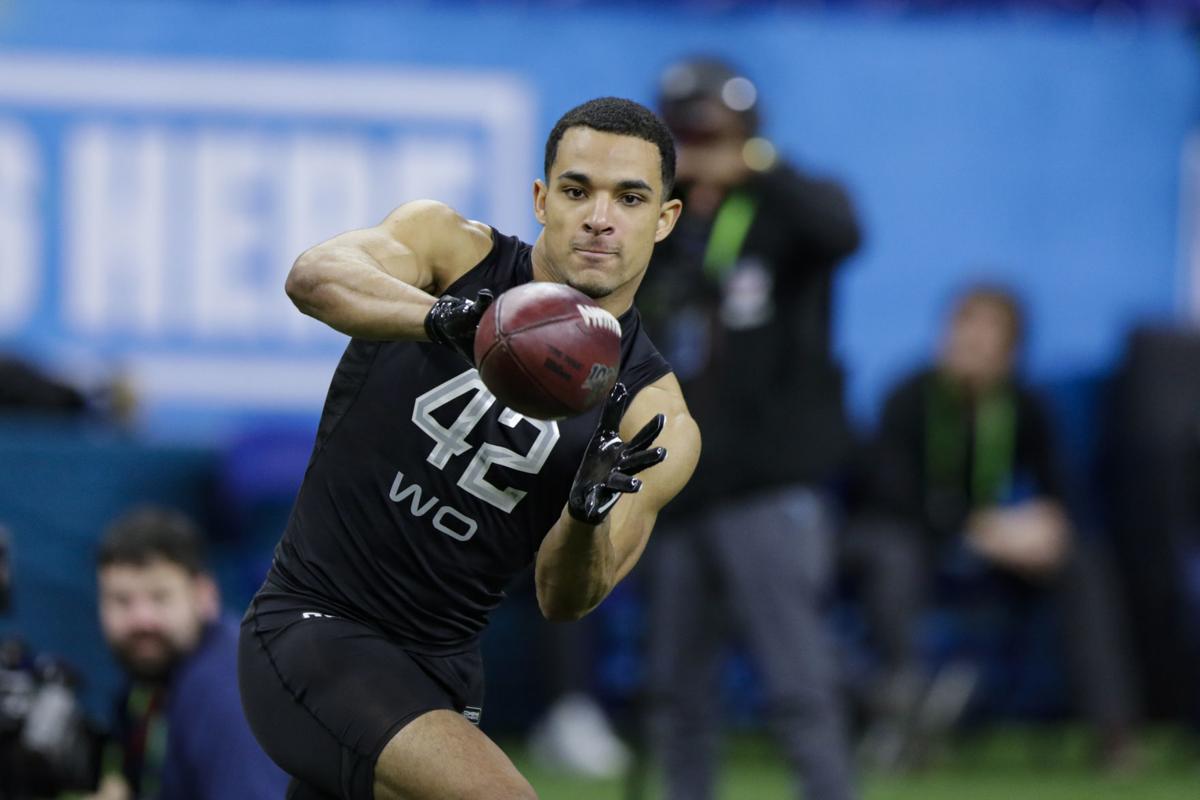 Navy's Malcolm Perry runs a drill at the NFL football scouting combine in Indianapolis in February.

Navy quarterback Malcolm Perry runs past Army defensive end Edriece Patterson during the second half this year’s annual showdown between the two academies.

Navy's Malcolm Perry runs a drill at the NFL football scouting combine in Indianapolis in February.

MIAMI (AP) — As Malcolm Perry started his senior year last fall, he knew the Marine Corps was in his future.

Pro football? Not likely — not for a 5-foot-9 quarterback at the Naval Academy.

Then the Midshipmen started 7-1, with Perry rushing for 16 touchdowns, and he became less sure about what uniform he might wear in 2020.

“I first started thinking the NFL was a possibility around midseason,” Perry says. “I kind of felt like I had the ability to do it, was having a good year and might get the shot.”

He will. Last week the Miami Dolphins selected Perry in the seventh round, making him the only service academy player drafted this year, and the latest to attempt the long leap to the NFL.

Perry will be able to turn pro this year thanks to a policy change initiated by President Trump. New guidelines issued in November allow service academy graduates to seek delaying their military commitment to play pro sports, and Perry’s request for a waiver is expected to be granted.

“It means a lot,” Perry says, “because I know a lot of guys that I played with in the past who didn’t get the opportunity, but definitely had the talent.”

The son of two Army veterans, Perry will still owe the Marines two years of active duty whenever his NFL career ends.

The Dolphins list Perry as a running back, but they’re also expected to give him a look as a slot receiver and kick returner. He trained as a receiver in the weeks leading up to the draft, and that was his position at the NFL combine.

Perhaps new Dolphins offensive coordinator Chan Gailey will also try Perry as a wildcat triggerman. In the Shrine Bowl, Perry took a direct snap for his only carry and ran 52 yards for a touchdown.

“I think the transition to slotback is going to be easy for him,” Niumatalolo says. “He has done great things against all the best competition we’ve played. Athletically he’s one guy from our team who didn’t look out of place against them. He’s dynamic with the ball in his hands and has great hands.”

Perry knows the odds are against him. Only four players from Navy, Army or Air Force played in the NFL last year, and none has ever played in a game for the Dolphins.

There have been recent success stories. Alejandro Villanueva of Army, undrafted as a rookie, has become a two-time Pro Bowl left tackle with the Pittsburgh Steelers. Long snapper Joe Cardona of Navy has won two Super Bowl rings with the New England Patriots. Ben Garland, a defensive lineman from Air Force, has made the playoffs four times with three teams.

“Probably most everyone in college football is pretty aware of who we are, who Navy is, who Air Force is at this point,” Christiansen says. “But I think the average person might not be totally aware that we’re a good football team to contend with each year, being a program that can produce guys that can play in the league.”

Perry is just the sixth Naval Academy graduate to be drafted during the Super Bowl era. Former Midshipmen quarterback Keenan Reynolds, a sixth-round pick in 2016, spent time with three teams and is now out of the league.

But Perry is different, Niumatalolo says.

“Keenan was a pure quarterback,” the coach says. “Malcolm played the quarterback position to help us win, but if he had his druthers, I think he probably would have wanted to play slotback. We asked him to move to quarterback for our team, because we’re an option team.”

And Perry was terrific operating the triple option. He ran for 2,017 yards as a senior, an FBS record for a quarterback, including 304 yards against Army with Trump on hand. The Midshipmen tied a school record with 11 wins and finished in the Top 20 for only the second time in 56 years.

A quantitative economics major, Perry can analyze a situation, including his chances of earning an NFL paycheck. He figures time management skills he learned at the academy will help. But to make the Dolphins’ roster, he expects he’ll need to be ready for any role, and to shine on special teams.

And he has a fallback.