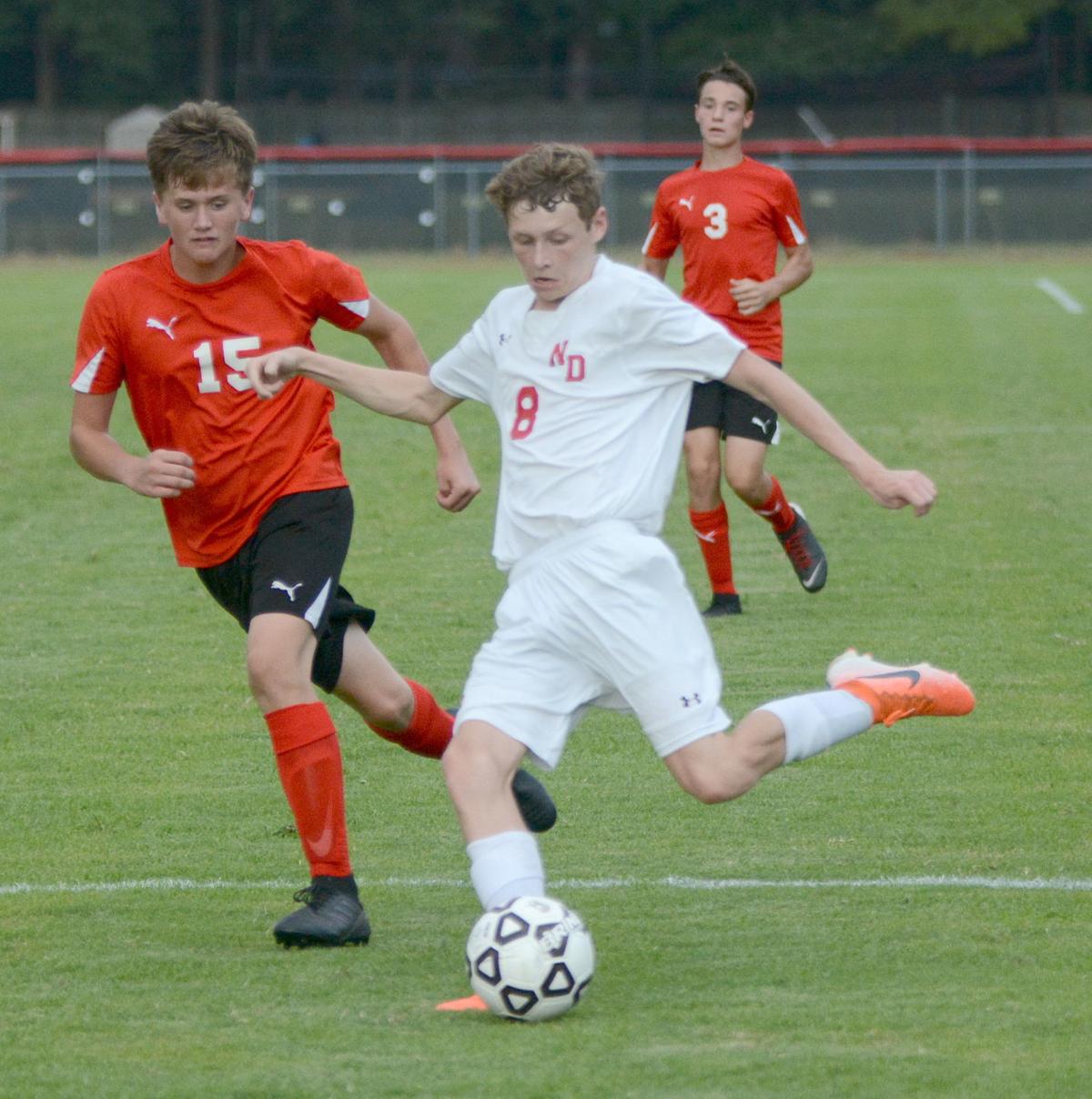 North Dorchester’s Jake Morton (8) prepares to send a shot on goal before St. Michaels’ Teegan Murphy can get any closer Thursday. 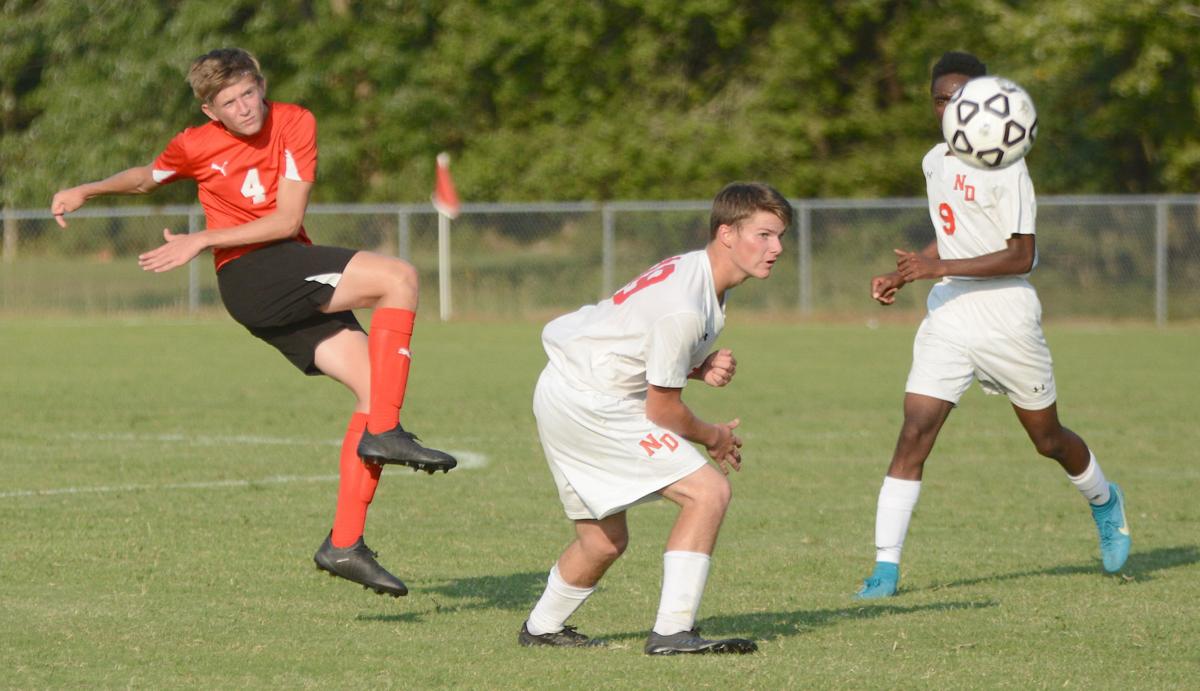 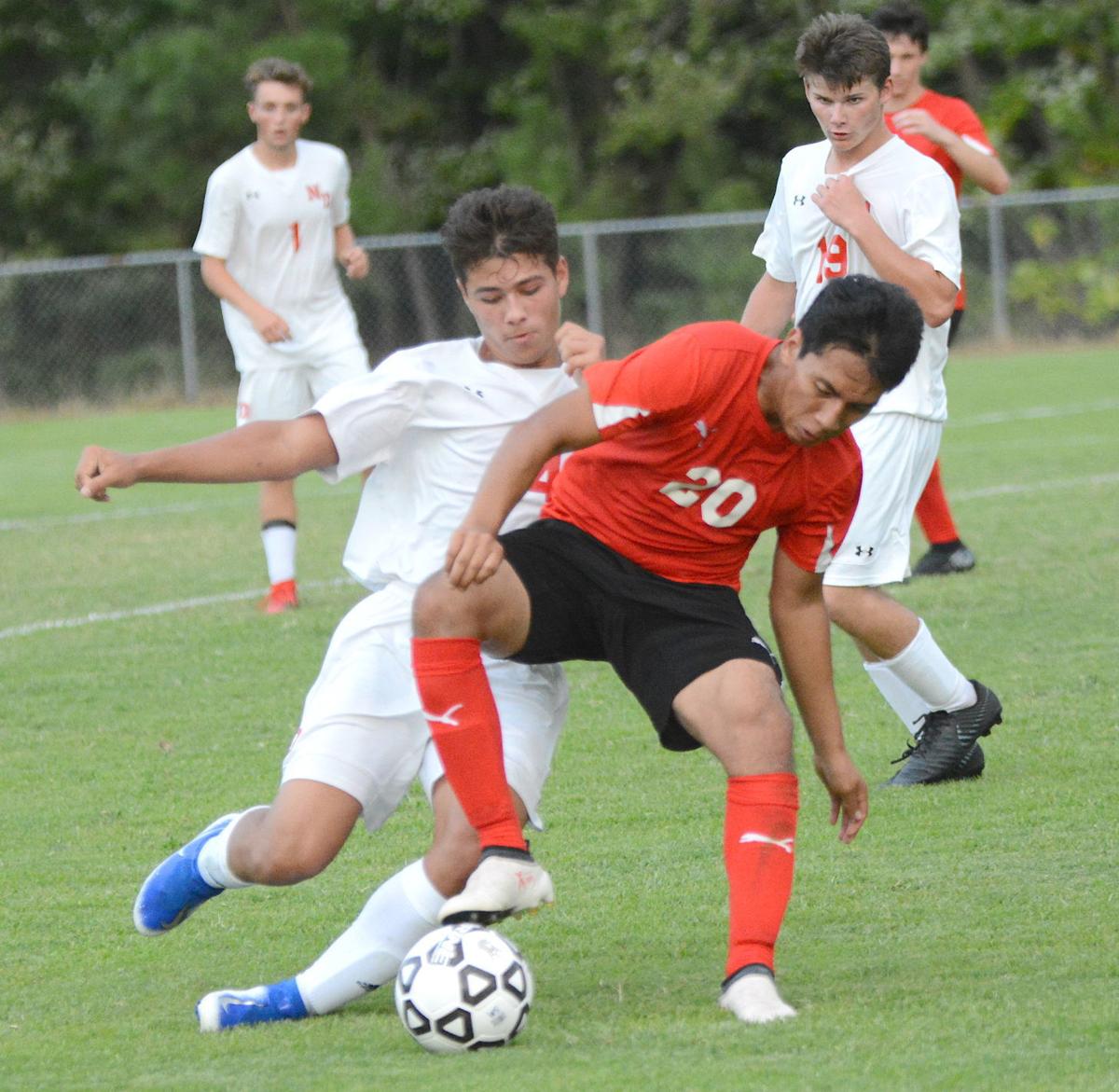 St. Michaels' Bryan Itzep (20) tries to maintain possession with North Dorchester's Jaime Fonseca-Gonzalez on his back during Thursday's second half. 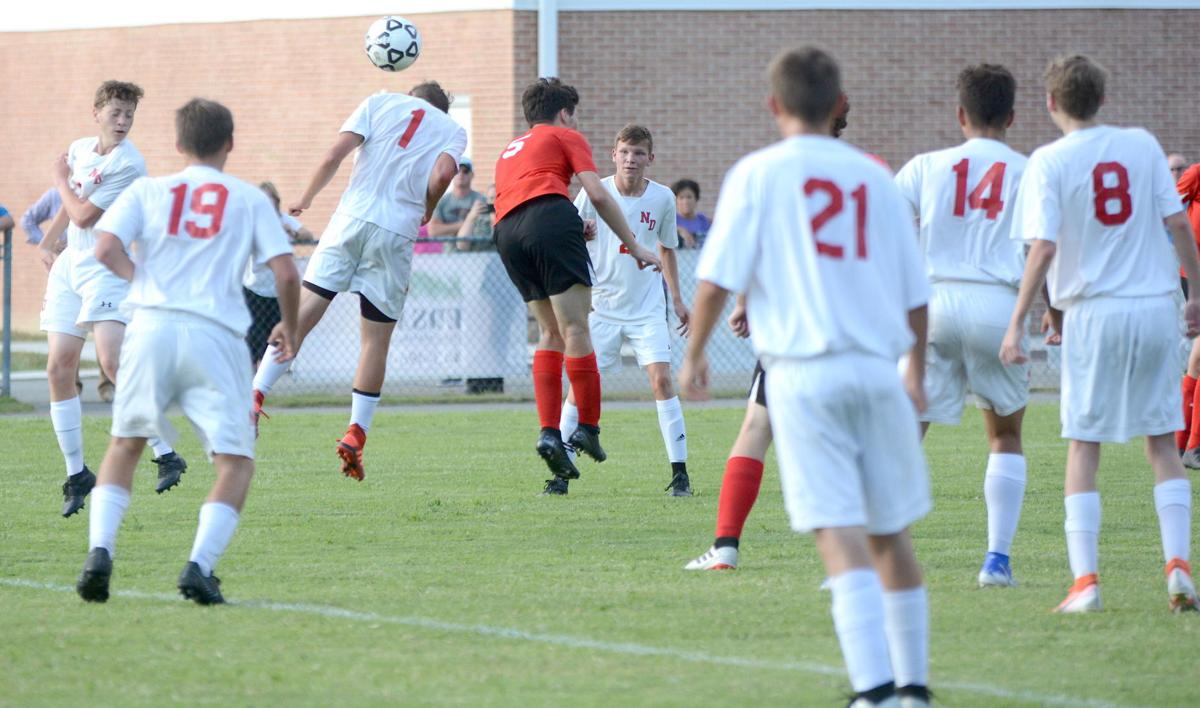 St. Michaels' Kain Lynch (5) appears surrounded by Eagles as he and North Dorchester's Devin Lord (1) battle for a header during Thursday's second half.

North Dorchester’s Jake Morton (8) prepares to send a shot on goal before St. Michaels’ Teegan Murphy can get any closer Thursday.

St. Michaels' Bryan Itzep (20) tries to maintain possession with North Dorchester's Jaime Fonseca-Gonzalez on his back during Thursday's second half.

St. Michaels' Kain Lynch (5) appears surrounded by Eagles as he and North Dorchester's Devin Lord (1) battle for a header during Thursday's second half.

ST. MICHAELS — Asked for his phone number for future reference, Shane Abbott reeled off the first three digits then paused briefly to think.

Abbott’s hesitation was understandable. After all, he was still trying to catch his breath after a crazy ending in overtime gave North Dorchester High’s boys’ soccer team a 2-1 victory over St. Michaels Thursday at Saints’ Field, and Abbott his first win as Eagles head coach.

“A little redemption,” said Abbott, who was an assistant last year when the Eagles yielded a late goal in a 1-0 loss to St. Michaels in the Class 1A East Region playoffs. “It feels really good. I would like to see more goals. But I’ll take a 2-1 win, a 1-0 win, as long as it puts a W on the board.”

Tied 1-1, the game reached the fourth minute of overtime when North Dorchester’s Fernando Sanchez was fouled inside the penalty box, setting up a penalty kick. Sanchez hit a low drive that Saints keeper Nolan Sawatsky lunged left to stop before kicking the ball away with his right leg. Sanchez and a Saints defender broke after the live ball. Both players kicked at the ball, but only St. Michaels’ player made contact, sending the ball to the right of Sawatzky for an own goal with 6 minutes, 36 seconds remaining in the extra session.

“Hard when you have the only guy crashing the ball after the keeper makes the save,” St. Michaels head coach Pat Hambleton said. “The other alternative was for Fernando getting it and putting it back in.”

While the ending frustrated Hambleton — he had just reminded his players the ball was still in play if it came off of Sawatzky, but only had one player reacted — he steered praise to North Dorchester.

“Less about us, more about the fact their coaching staff gets every bit of talent and hard work out of their guys,” Hambleton said. “I hope for their coaching staff’s sake, they play like that all the time; they’ll be a really hard team to put away.

“As you saw today, they came out strong, throwing 30- and 40-yard balls over the top,” Hambleton added. “We shut down that long ball, but their hard work was still paying off in the middle of the field on their part. You get a team that works harder than you, and you get the most talent out of every ounce of their body, depending on what they’re good at, that’s what you get.”

The first 10 minutes was more kick-and-chase play than any substantial build-ups through the midfield. But with 29:46 left in the first half, North Dorchester’s Jake Morton settled a ball about 20 yards off right wing and booted a shot into the far corner for a 1-0 Eagles lead.

North Dorchester (1-0 overall, 1-0 North Bayside) almost padded its lead a little less than 10 minutes later when Will Lloyd unloaded a point-blank shot from out in front that Sawatsky went parallel to the ground to stop.

St. Michaels (1-2, 1-1) began putting more pressure on Eagles keeper Lucas Tolley toward the end of the first half, started slow early in the second half, then again started increasing the intensity on the offensive end. But it wasn’t until Bryan Itzep was fouled inside that box that the Saints finally put one past Tolley, Itzep burying his PK into the left corner with 10:53 remaining in regulation for a 1-1 tie.

Both keepers made big saves over the final 10 minutes of regulation, Sawatsky stopping a laser off a direct kick with under 6 minutes, and Tolley making a rolling save right in front of his goal line with 2:34 left to keep it tied at 1-1 before the game spilled into OT.

“I was expecting a really close game,” Abbott said. “We had a lot of great opportunities to score. That’s an area we need to work on is finishing. But I felt we worked the ball well.

“We had one bad break,” Abbott added. “We showed a lot of heart today. Last year we came out here in the playoffs and we took a tough loss. It meant a lot to the seniors to come in and get a win today.”