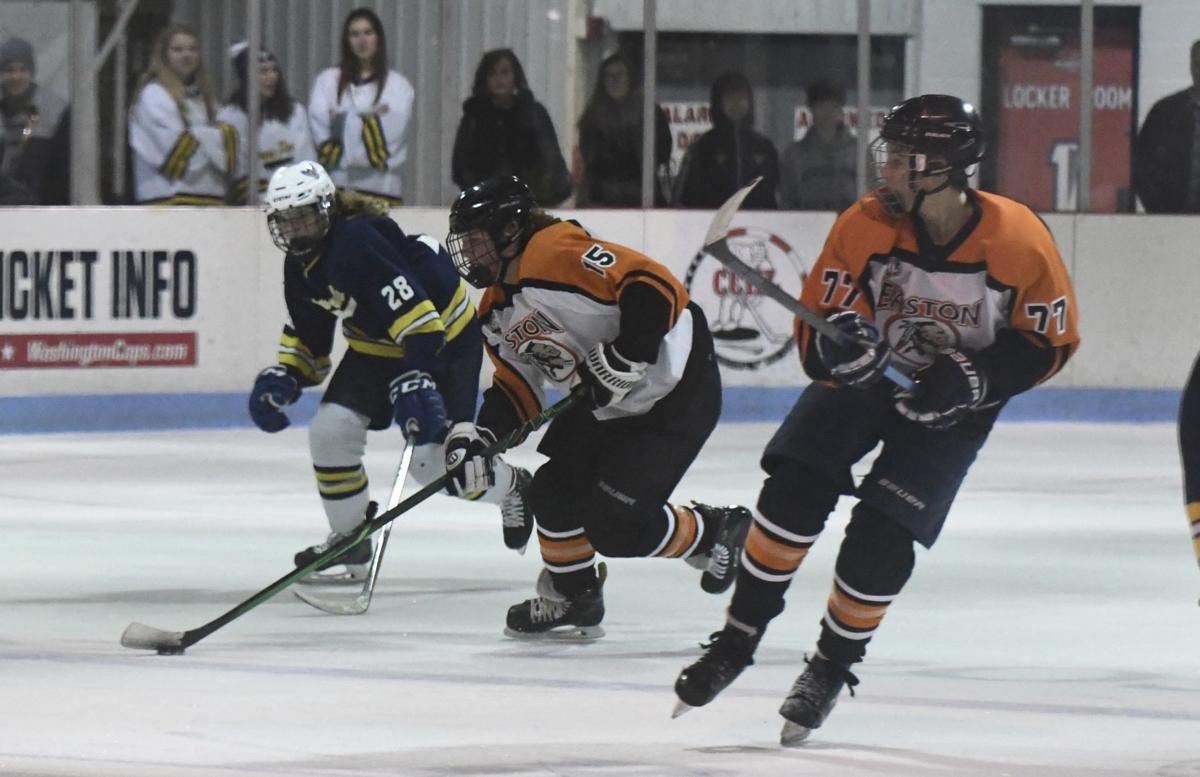 Easton High’s Trice Weems moves the puck up the ice against Severna Park during the MSHL Eastern Conference final Wednesday night at the Bowie Ice Arena. 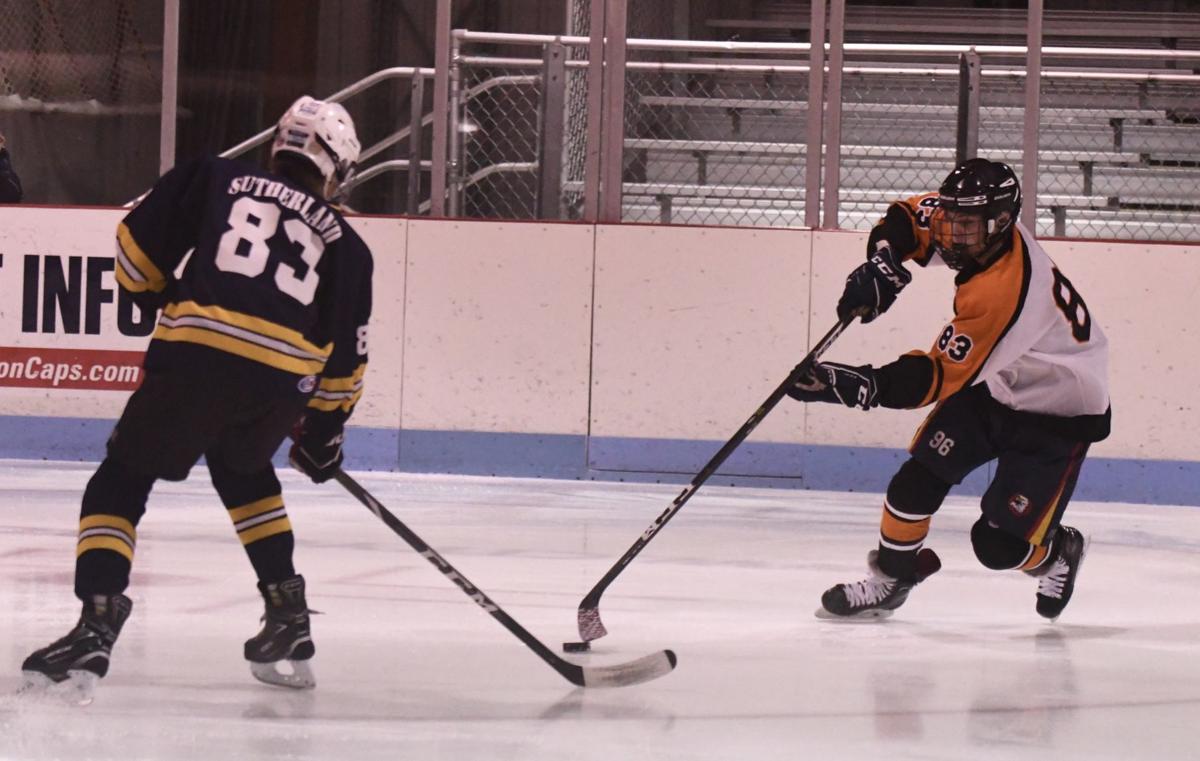 Easton High’s Trice Weems moves the puck up the ice against Severna Park during the MSHL Eastern Conference final Wednesday night at the Bowie Ice Arena.

Nic Howland stopped 20 shots for the Falcons who scored two goals in the second period, just enough for a 2-1 victory over Easton.

The two teams skated back and forth evenly in the first period, trading shots on goal, until Easton scored with 1 minute, 5 seconds left in the period. Kai Kelly positioned himself uncovered on the left side of the crease and swatted in a pass from Brady Barnes who had rushed the puck through center ice and up the right wing.

But Severna Park dominated the second period, taking a shots-on-goal lead of 23 to 15 and taking a 2-1 lead heading into the final period.

Marcus Good scored high into the left corner of the net off assists from Thomas Kondracki and Jake Ciuba with 13:15 remaining in the second period.

Henry Testerman stuffed in a close-range shot, under the pads of Warriors goalie Jackson Short, off assists from Johnny Clements and Ryan Laughlin with 10:28 remaining in the second to end the game’s scoring.

Short finished with 28 saves for the Warriors (13-2) who won the regular-season conference title.

Easton was without the services of both Mark Radziewcz and Pete Green who are both injured. Radziewcz is expected to return in time for next week’s state tournament.

Despite their absence, the Warriors battled and had opportunities to tie the game in the third period.

“Everybody chipped in,” Warriors head coach Tim Nowak said. “Everybody just had to do a little extra. I don’t think you can replace a guy like Pete and what he brings.

”I think everyone did a great job. Severna Park’s a great team. They skate really well. It was a one goal game, one bounce. It was a great played game for both teams. Unfortunately, we were on the losing end, but we’ll learn from it and we’ll move on. We have states next week and our guys are ready for that. I loved the fight all the way to the end. Right to the end we were putting shots on net.”

Kelly sent a one-timer just wide of the far post on a break with 3:20 remaining in the third. A questionable tripping penalty with 2:54 remaining, though, gave the Falcons a power play to stay in control.

It was mostly a clean game overall with five two-minute penalties, three against Easton.

The Falcons outshot Easton 30-21, most of those shots coming in the second period.

Easton opens its state tournament play against Bethesda-Chevy Chase next Thursday at the same venue.