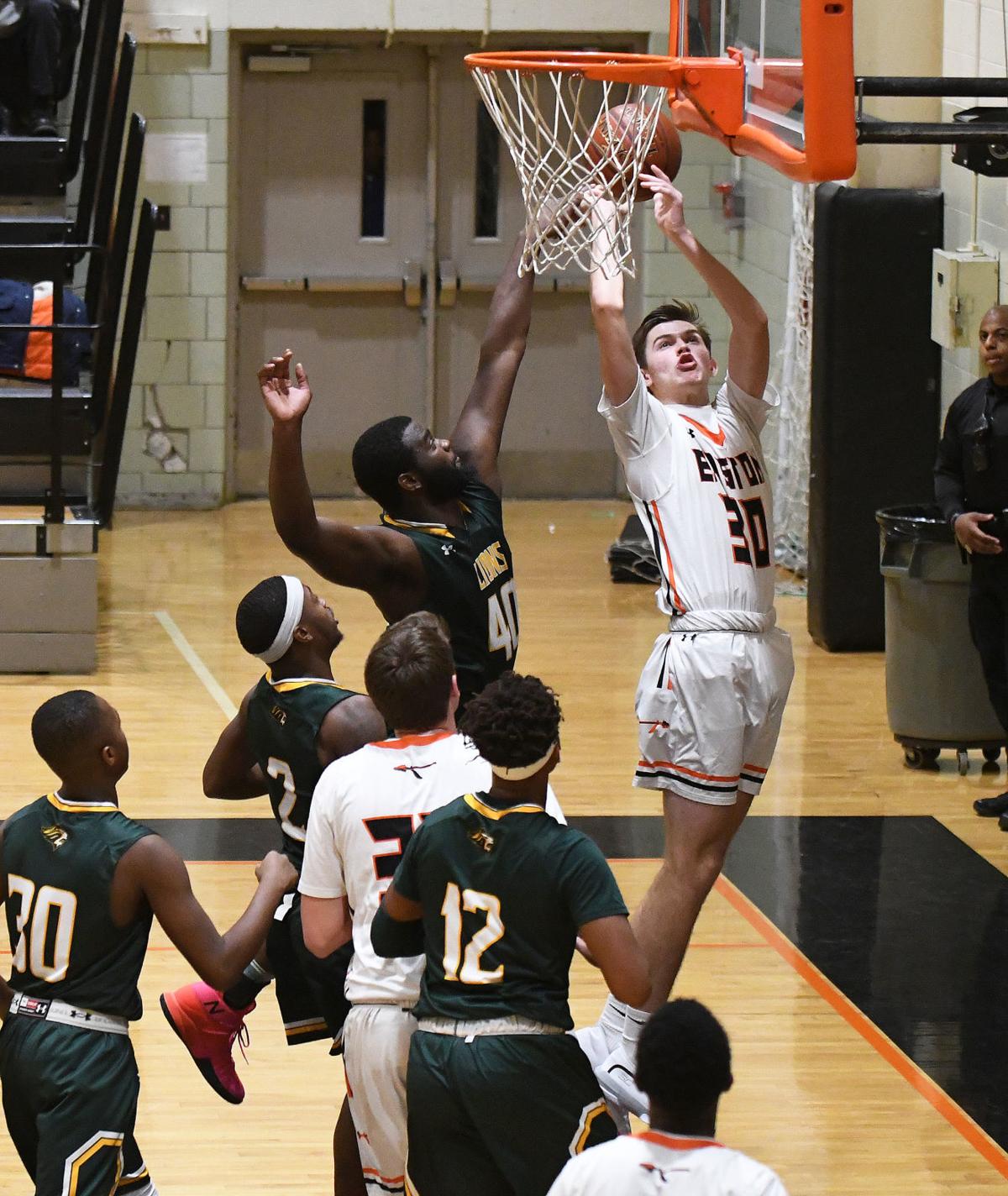 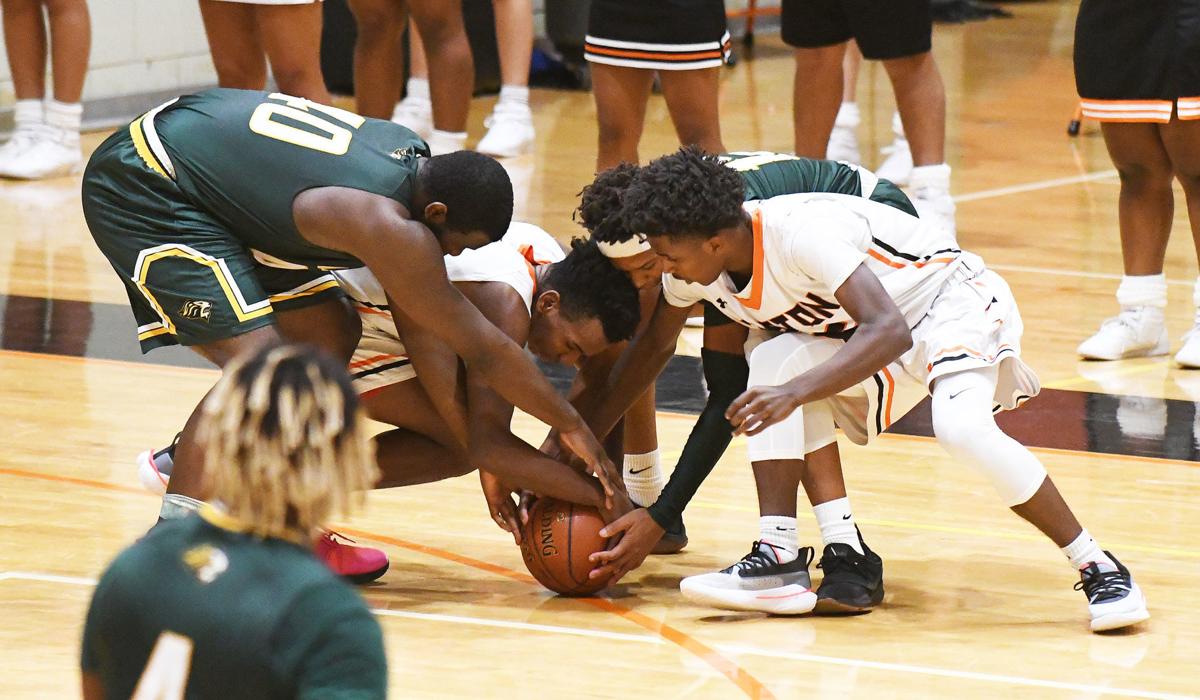 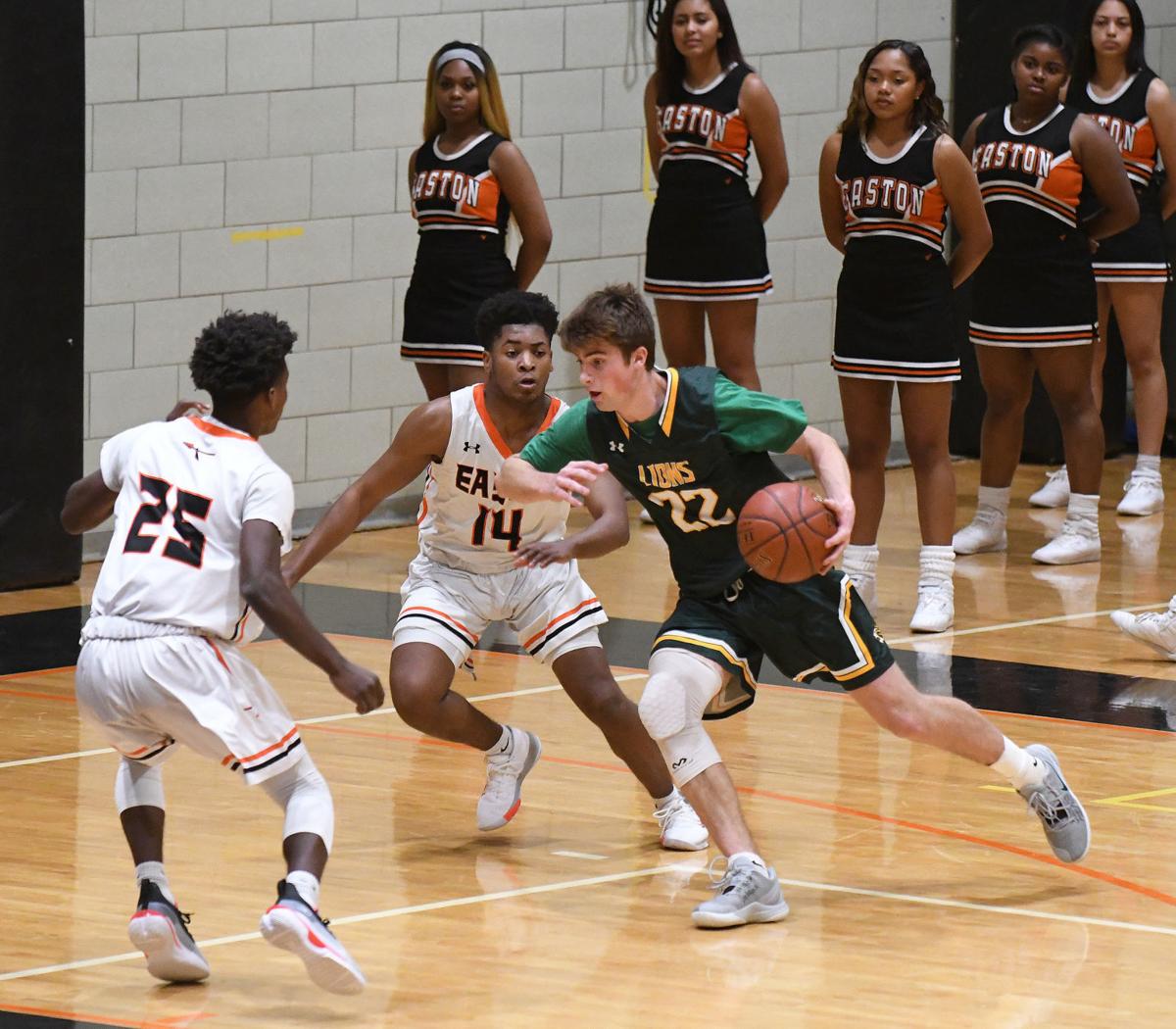 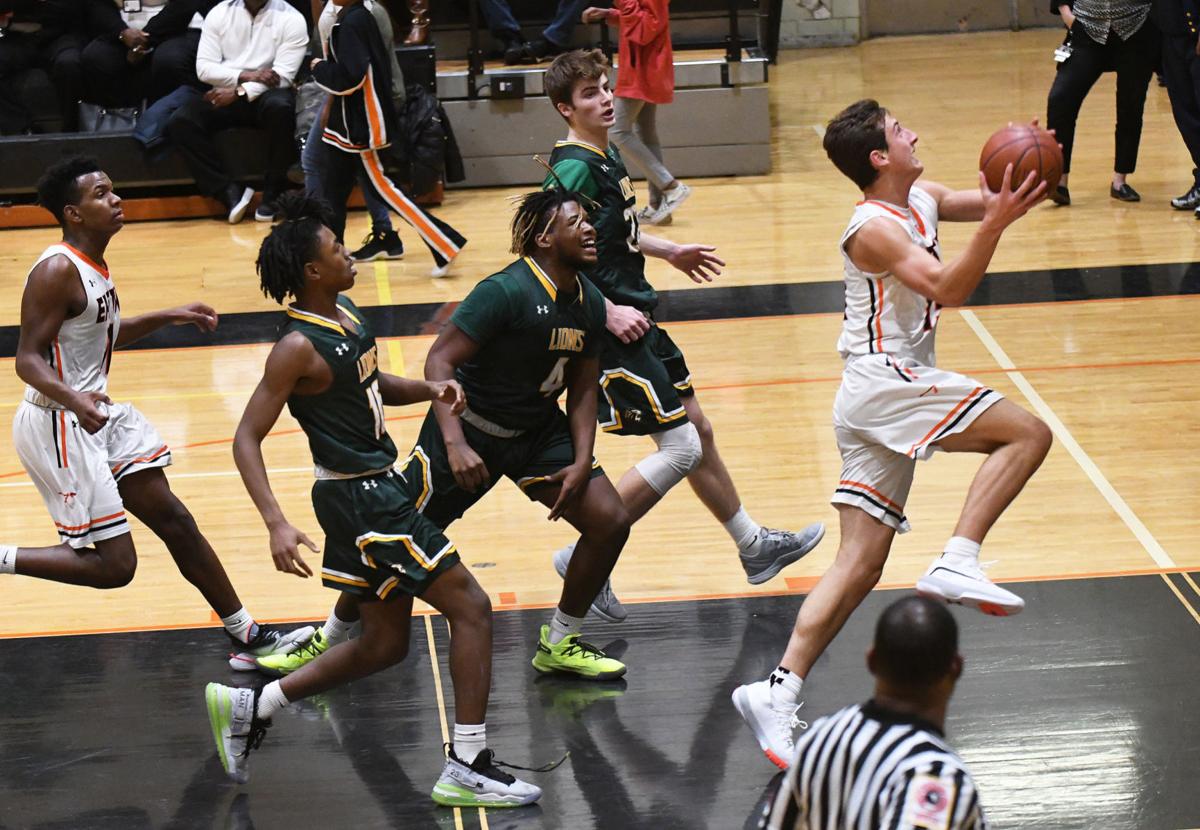 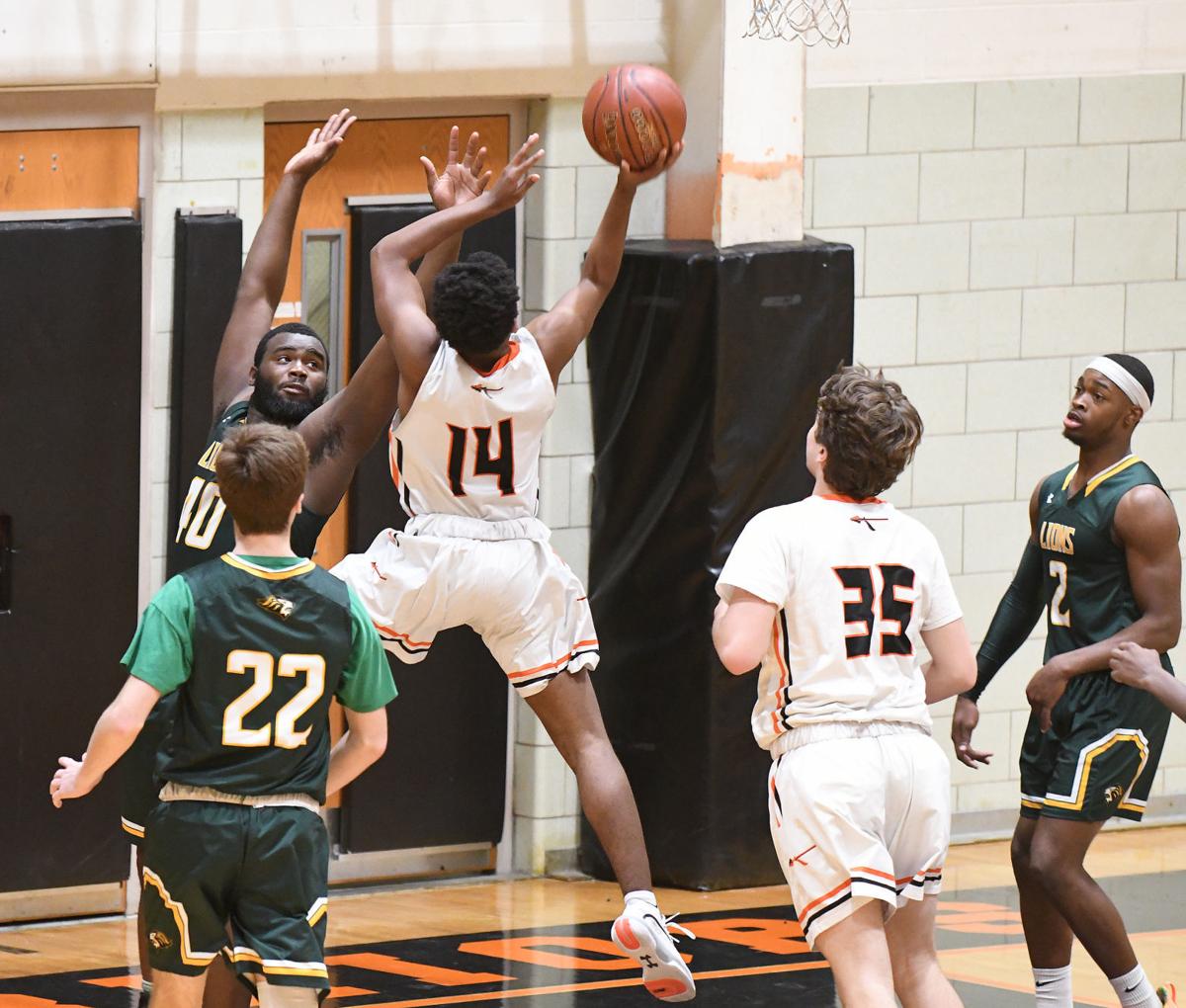 EASTON — It wasn’t pretty but the additional W looks sharp on the Lions’ season results.

The Lions turned an 18-13 halftime deficit into a 31-20 lead after three quarters by holding Easton to just two points in the third.

Easton was also held to just three points in the first quarter and both teams struggled getting the ball to fall into the basket. Contested shots, nervous shooting, and a strict interpretation of traveling turned the first quarter into a mess for both teams.

“I just told my assistant coach that was the ugliest game I’ve ever been a part of,” Lions head coach Jeff Hollis said.

Queen Anne’s led 6-3 at the end of the first quarter.

“This is our problem,” Hollis said. “When we haven’t had practice before a game because of our gym being taken yesterday — they only got to shoot for like a half-hour — we always shoot poorly. I knew it coming in we were going to shoot poorly. I was just hoping we would have more layups.”

The Lions eventually got their offense rolling in the third quarter, though, with 18 points in the quarter, six each from Hugh Meehan and Jordan Dozier. Meehan added five more points in the fourth and finished with a game-high 14 points, after hitting just one shot, a 3-pointer, in the opening half. Dozier finished with 10 points, working the inside power game for Queen Anne’s.

“We just settled down; we calmed down,” Hollis said of the Lions’ third quarter. “Most of them had never beaten Easton before so they were really intense, especially coming off the game the other night (a 64-26 win over Kent County).”

Easton, which dropped to 1-3, was led by Ryan O’Connor’s nine points. He scored the Warriors’ only bucket of the third quarter with a baseline runner. Easton didn’t score from the floor during the first quarter, all three points coming from the foul line.

Dozier tallied off a blocked shot to pull the Lions within 18-15 to open the third quarter. Tavion Gross snared a defensive rebound, raced up the court, and hit a layup to make it 18-17. Queen Anne’s converted an Easton turnover into an easy basket by Meehan, off a dish from Dozier, to go ahead 19-18 with 5 minutes, 3 seconds left in the third and the Lions led the rest of the way.

Dozier scored after grabbing an offensive rebound to put Queen Anne’s up 21-18. Fouled on the play, he missed his free throw, but Xavior Jones tipped the ball to Meehan who hit a short jumper for a 23-18 lead. O’Connor stopped the run briefly with his runner, but the Lions closed the quarter with eight more unanswered points to take control.

Fouled on a 3-point attempt, Syrus McGowan hit two free throws for a 25-20 lead. Dozier scored inside off a loose ball. Meehan followed his own missed long-range shot with a rebound and a lay-in to make it 29-20 with 2:45 left in the third. Jones, fouled driving to the basket in transition, added two free throws with 1:36 left.

“I told the guys coming in, because like I said, when we don’t have practice we usually don’t shoot well. ’Defense travels with us, so we’ve got to make sure that anybody can go and play defense, because we might not have our best game tonight,” Hollis said. “And we were nowhere near our best offensive game tonight. I give Easton credit. They did a good job holding Jordan inside, ‘cause normally that opens the rest of us up.”

Easton got scoring from five players in the fourth quarter but was still outscored 14-12.

The Warriors’ best offense came in their 15-point second quarter. Trailing 13-9 with 1:28 left in the half, Easton closed the quarter with a 9-0 run. O’Connor hit a 3-pointer and Makhi Taylor drove to the lane and drained a floater. The Warriors then created a turnover into a quick basket by Tyler Voshell. Chris Kaminskas closed the first-half scoring with a fast-break bucket for Easton’s 18-13 lead at the break.

Queen Anne’s next hosts Cambridge-South Dorchester at 6:30 p.m. on Tuesday; Easton travels for a 5:30 p.m. start against North Caroline.