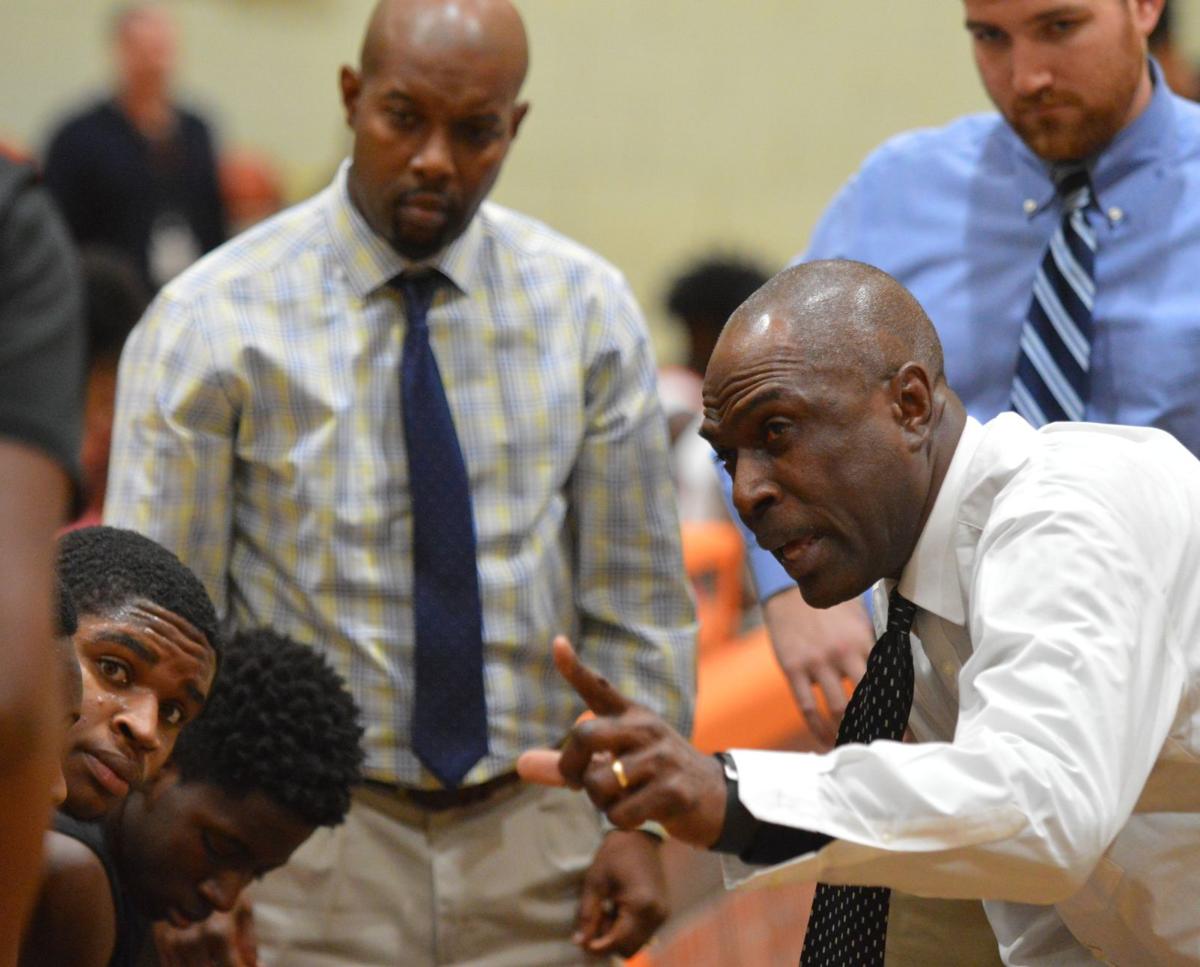 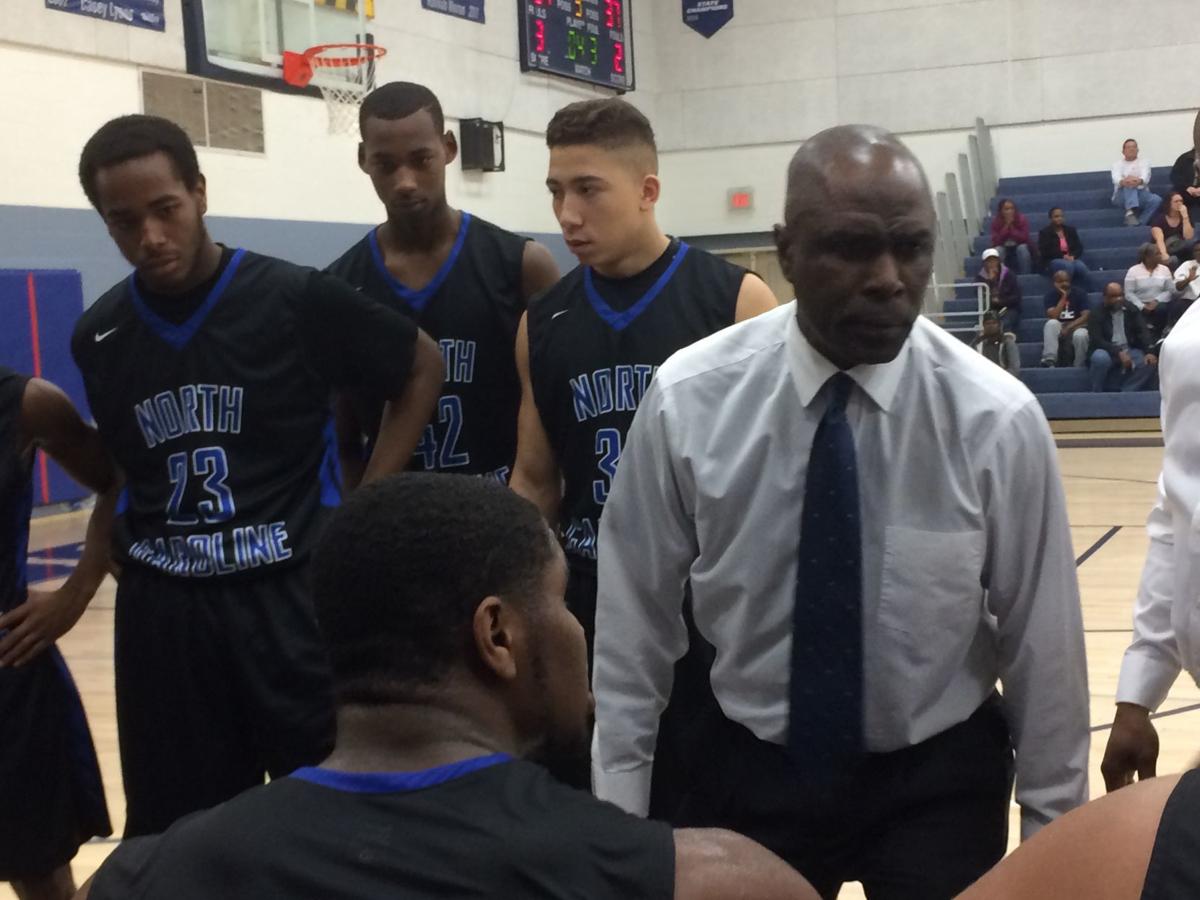 North Caroline High boys’ basketball coach Steve Perry, right, talks with his players during a third-quarter timeout during a 2017 game at Kent Island.

North Caroline High boys’ basketball coach Steve Perry, right, talks with his players during a third-quarter timeout during a 2017 game at Kent Island.

Steve Perry is a no-nonsense coach.

The longtime North Caroline High boys’ head basketball coach had an immense impact on the kids he coached, preaching discipline and accountability.

“There was never a question on what was supposed to be done at practice. Everybody was always hustling, this was the expectation,” said North Caroline athletic director Nash Ireland, who played for Perry from 2008-2010. “He had his own style, but it was a very effective style. He was a fantastic coach. I played JV for two years and then varsity under him for two years. And I enjoyed it. He didn’t mess around. You knew you shouldn’t mess around. He got the job done, and we always had very successful teams because of it.”

After two successful stints spanning 14 years in Ridgely, Perry is moving on from North Caroline.

Perry served as head coach from 1999 to 2009 before returning to Delaware — his home state — to coach at Sussex Tech. He returned in 2016 for his second spell.

That 2018 run included a massive upset win over undefeated Wicomico in the Class 2A East Regional title game, and a state championship game appearance.

Perry is happy with how his tenure at North Caroline turned out.

“One thing about it, you can always say this: you go places for a reason,” Perry said. “God sent me to North Caroline for a reason, even my first 10 years. I was sent there for a reason. That was really to help these kids make some right decisions and put them in the right direction. It’s rough out here.”

Those conversations about life off the court were common for Perry. Senior Kendron Wayman — 2020 North Bayside Player of the Year — said the team talked about what they’d experience after high school about every month.

Wayman recalled a particular such meeting when Perry sat his kids down and told them to write down their future life plans. They then wrote down how they were going to achieve it.

That meeting stuck with Wayman.

“He told us that it’s not going to be easy,” Wayman said. “It’s different than being in high school. It’s another whole experience when you leave. And he tried to prepare us for that time, that moment. He just helped us try to organize our lives and plan it out.”

Perry’s known Wayman’s grandfather, Leon, for years through work — Perry works at Delaware Electric Co-Op, while Leon worked at Choptank Electric. Leon is also related to one of Perry’s family members in Denton.

That relationship was a factor in Perry staying through last season.

“That’s the reason why I took so much into Kendron, and that’s why I stayed as long as I did for that last year,” Perry said. “Because I told his grandpa that I’ll wait until he graduates, then I’ll go ahead and leave after that.

So with Wayman’s senior year approaching, Perry knew going into last season that it’d be his last at North Caroline.

But Perry, ever humble, said that didn’t make the season any more special or impact it at all. He was, if anything, disappointed with how it ended and thought his team could’ve accomplished more.

He said his team had the talent to do it. But the Bulldogs fell to a buzzsaw Wi-Hi team in the regional final. Perry said the next head coach coach will inherit a talented team and a good opportunity.

Ireland said North Caroline’s search for the next head coach has been impacted by the coronavirus crisis. The Bulldogs are working to fill some fall positions before moving on to winter openings, including boys’ basketball. That process was slowed by COVID-19.

Ireland said the program is aiming to fill those fall positions within the next month, and he’d like to have a new basketball coach in place by mid-summer.

“We’re looking for somebody who is dedicated and committed,” Ireland said, “who will not only teach the game, but also help these students become young men who are respected in the community. To really just continue that legacy that Steve’s going to leave.”

Perry isn’t done coaching. He’s relishing the opportunity to spend more time with his grandchildren, some of which are in high school. He’s training them and looking for his next coaching opportunity in Delaware.

Perry said he wants to stay in coaching until he doesn’t love it anymore.